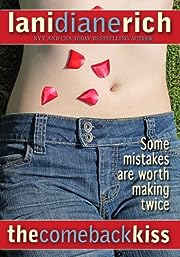 The thing about being the one who got away is that you really need to stay gone.

Petty thief Dermot “Finn” Finnegan came back to Lucy’s Lake, Vermont, to do one thing—return the car he’d stolen from his high school flame, Tessa, the night he’d disappeared ten years ago. The plan was to be in and out with no one the wiser, especially not Tessa, but when a mysterious fire breaks out and he reluctantly saves the day, Finn’s plans are all shot to hell, along with his ability to resist the love he left behind.

Tessa Scuderi never expected to see Finn again, and that was fine by her. The truth about the teeny-tiny felony they committed could threaten her custody of her teenage sister, Izzy, and getting him out of town is job one. But as the mystery of everything that happened that night ten years ago—including her mother’s death in a strange fire—starts to unravel, Finn gets all weird and loyal. Can love survive lies, theft and arson? There’s only one way to tell… 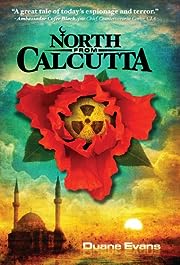 In his first novel which could be ripped from today’s headlines, former CIA officer, Duane Evans plunges readers into the dangerous and uncertain world of Tarek Durrani, a westernized Pakistani intelligence operative who races to stop an attack against India by a deadly terrorist group. If the attack succeeds it will lead to an all out war between India and Pakistan with nuclear ramifications for the entire world. Of more immediate concern to Durrani, the attack also will take the life of the beautiful Indian architect who has cracked the combination to his soul. As the terrorist plot unfolds, Durrani plays out one last deadly game, putting his cold, practiced intelligence skills to the ultimate test. North From Calcutta is “a great tale of today’s espionage and terror” says Cofer Black, former chief of the CIA’s Counterterrorist Center. Hayden Peake, book reviewer, author, and curator of CIA’s Historical Intelligence Collection describes the book as “an elegant example of espionage fiction.” Says Richard Blake of Reader Views, “Evans is pioneering a new approach to the genre of espionage, intrigue and adventure novels. His handling of a Muslim hero, a Hindu heroine, in a setting of Islamic extremist activity is superb and destined to be the pacesetter for other writers in this time of explosive terrorist threat.” National Best Selling author of “First In”, Gary Schroen declares “the author takes us deep into the underside of Pakistan’s intelligence services, where nationalism clashes with Islamic fundamentalism, as radical elements plot against India-with nuclear war hanging in the balance. Plot twists, well developed characters, settings that bring you the feel and smell of South Asia, this is a page-turning, exciting ride.”

A Texan’s Honor: The Heart of a Hero 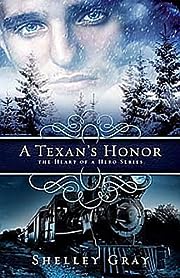 Texas, 1874. Years ago, Will McMillan had fought in the open, next to his Captain, Clayton Proffitt. Now he’s waging another war undercover, pretending to be a member of the notorious Walton Gang.

But when a hostage situation goes awry and an innocent woman is in the middle of the fray, Will knows he must protect her no matter what happens. Even if his cover is blown. Even if they risk being killed by his gang or by the lawmen on their trail. Even if the woman he’s risking everything for will never love him back. 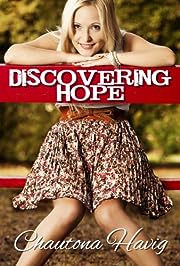 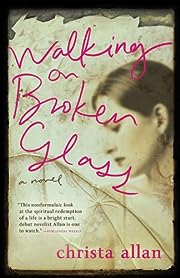 Leah Thornton’s life, like her Southern Living home, has great curb appeal. But a paralyzing encounter with a can of frozen apple juice in the supermarket shatters the façade, forcing her to admit that all is not as it appears. When her best friend gets in Leah’s face about her refusal to deal with her life and her drinking, Leah is forced to make a decision. Can this brand-conscious socialite walk away from the country club into 28 days of rehab? Can she leave what she has now to gain back what she needs? Joy, sadness, pain and a new strength converge, testing her marriage, her friendships and her faith.

Diary of the Displaced 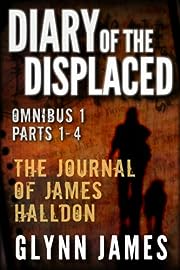 There is a place where nightmares are real. It is a dark and terrifying place, hidden from the world we know, by borders that only the most unfortunate of souls will ever cross.

James Halldon woke up in the dark, alone, without any food or water, without a clue where he was, and with no memory of where he came from.

It only got stranger.

For James has somehow found his way to The Corridor. A place where zombies stumble in the darkness, ever seeking the flesh and blood of the living. A midnight place that no human should ever see and the prison of a creature that has destroyed entire worlds.

Somehow James has to learn to survive. But he is not alone. The lost souls of others who have drifted into this infernal place and died also haunt this world. Trapped forever in the afterlife.

They have been waiting a long time for someone to come along.

The Journal of James Halldon is a dark fantasy novel (with occasional humour) and the first in a series of interconnected dark tales. The novel follows Halldon’s struggle to survive whilst trying to understand the strange, dark, and terrifying world in which he is trapped.

If it’s dark when you wake up, and you can hear growling, then close your eyes and maybe it will go away.

But maybe it won’t… 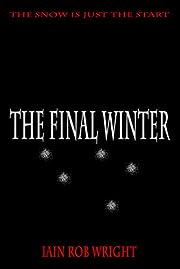 On the night it begins snowing in every country of the world, an ordinary group of people gather at a rundown English pub. At first they assume the weather is just a random occurrence and nothing to worry about – but as the night goes on, weirder things happen, and they start to realise that something far more sinister is at hand. Something that none of them could ever have imagined.

By the end of the night, not everyone will make it, and those that do will wish they hadn’t. 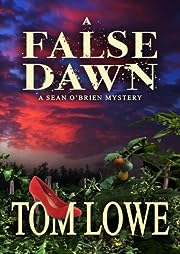 Sean O’Brien couldn’t remember the last time he made a promise and then broke it. Many years ago his grandfather had taught him a “man’s word is his bond.”

It’s a personal code–a way O’Brien conducts his life. He has every intention of keeping the promise he makes to wife, Sherri, right before her death.

After Sherri dies, O’Brien leaves his career as a homicide investigator with the Miami PD and relocates to a remote section of Florida wilderness on the banks of the St. Johns River.

He’s restoring an old home and trying to rebuild his life when he discovers a young woman badly beaten and left for dead near the alligator-infested river. She whispers a cryptic message in O’Brien’s ear, and he makes a promise to her. 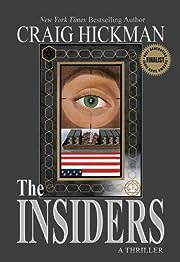 Thrill, suspense, conspiracy, mystery, corporate corruption, and more clash in this new brand of thriller by New York Times bestselling author Craig Hickman. Untainted by political, journalistic, or legal manipulation and uncorrupted by fear or threat of retribution, The Insiders enthralls you with an alarming tale of how corrupt CEOs, secret societies, corporate deceit, domestic espionage, murder for hire, and cunning manipulation are destroying the American dream, influencing our daily lives, and reshaping global society.

Wilson’s father, Charles Fielder, one of the richest men in the world, has just murdered two women and tried to kill himself. Or did he? Lying in a coma, Charles cannot help his only son understand the mysteries of his life nor his role in founding an exclusive club of the world’s most powerful CEOs–the ultimate insiders club with unparalleled perks. Wilson must face this cutthroat world of concealed machinations, corporate espionage, international finance, and economic conspiracy on his own–in order to uncover his father’s real agenda, expose the secret society of insiders, and fight to change the face of capitalism. That is, if he can stay alive.

Behind The Mask: What Michael Jackson’s Body Language Told The World 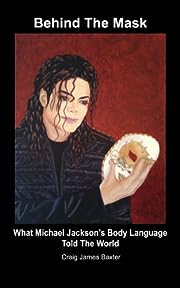 If you’re a Michael Jackson fan you need to read this book. If you’re interested in the fascinating world of body language and non-verbal communication you will love this book.

A trained micro expressions reader with an extensive background in anatomy and physiology, author Craig-James Baxter has been sharing his knowledge and passion for body language for over 8 years. His All About Body Language website (all-about-body-language.com) is part of a portfolio of psychology/forensic psychology/forensic science websites which together receive over 120,000 monthly unique visitors and generate over 4 million yearly page views. He has interviewed the world’s leading body language experts (Paul Ekman, Joe Navarro, David Matsumoto, Carol Kinsey Goman, J.J. Newberry); written for numerous magazines and newspapers and has over 1,000,000 views on YouTube to his name.

In Behind The Mask: What Michael Jackson’s Body Language Told The World – Craig-James Baxter’s analysis of five infamous video interviews offers a fresh and compelling insight into the world of one of the most popular musicians the world has ever known and seeks to establish the truth behind the lurid allegations and rumors which followed Michael Jackson throughout his adult life.