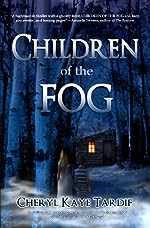 “The many twists and turns of the story kept me enthralled until the very end.”

The Edge of Trust 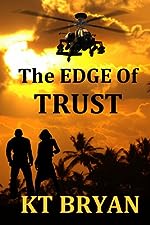 “She keeps you on the edge of your seat with the action and the romance combined.”

If you’re looking for a darkly thrilling read as unpredictable as it is emotionally wrenching, look no further. With The Edge of Trust, KT Bryan deftly delivers all that and more. Both the plot and the characters are gritty and layered, the story’s intensity rising with every turn of the page. Graphic at times, the brutal edges are softened by Sara and Dillon’s poignant recollections of more innocent, remorse-free time. These memories provide a stirring contrast to the overpowering feelings of hurt and anger that shadow every interaction between Sara and Dillon — even when they’re running for their lives. Bryan had me asking myself over and over again the question that signifies a gratifying romance: How in the world will these two ever end up together? 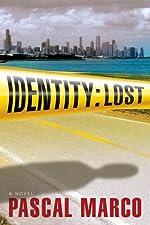 “The plot of the story, as well as the interesting and challenging characters kept me intrigued.”

It’s July, 1975 and an overworked Chicago police force receives a call that an 85-year-old white man has been attacked by a gang of black youths on the lakefront in Burnham Park. Amid public outrage, contentious Mayor Richard J. Daley commands his police to find the killers fast and make the bucolic park safe again.Uncommonly but fortunately for the police, twelve-year-old James Overstreet steps forward and identifies five of the six assailants and arrests are made. But detectives and county attorneys bungle the case, leaving the judge no choice but to release the accused.This startling turn of events jeopardizes James’s life, forcing the entire Overstreet family into witness protection in Arizona, and creates a nightmare that will haunt the brave witness forever.Fast-forward thirty years. The stoic young man has grown to become Maricopa County’s most feared prosecutor. But his life is about to be turned upside down when paths from the past cross into the present, veering toward a shocking climax. 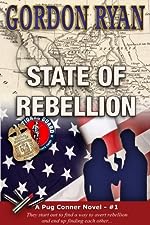 “This is a well written, fast paced, interesting book with characters I enjoyed meeting.”

California is on the brink of secession, and those who oppose this drastic political maneuver are turning up dead. Federal Agent Nicole Bentley is sent to discover what she can about the movement and meets up with Assemblyman and National Guard JAG officer Daniel Rawlings, a man whose commitment to his country runs deep in his blood. Resisting their mutual attraction, they uncover a plot devised by greedy men bent on taking power at any cost.

As Colonel Pug Connor, working under the direction of the President of the United States, seeks to root out the leaders of the Western Patriot Movement–a military cadre with a chip on its shoulder–Nicole and Dan find themselves literally in the crossfire. Can they end the dispute between the various factions before they all end up martyrs for the cause?

A fast-paced, edge-of-your-seat political thriller, State of Rebellion will keep you turning pages long into the night.

The Good Lawyer: A Novel 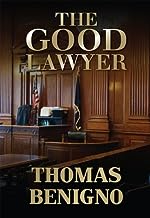 A young, ambitious lawyer is eager to prove he is better than the father who abandoned him and worthy of the devoted mother who raised him beyond the siren call of the mobster dominated family he grew up in. Working as a Bronx Legal Aid Attorney he learns how to twist the system, how to become an unbeatable defense lawyer, and he his peacock proud of his perfect record-not a single conviction. 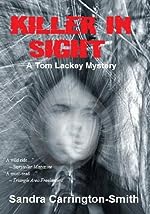 “I found this mystery who-done-it to be a page turner and I kept wondering how the book would end.”

When a young woman is found murdered in a public park, it is up to RPD detective Lt. Tom Lackey to locate her killer. With the help of his longtime girlfriend and professional photographer, Kathy Spencer, Lackey unravels a mystery laden with psychosis and unexpected revelations.

Death By A HoneyBee 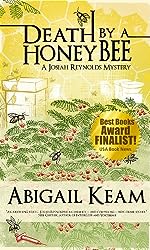 Josiah Reynolds is a beekeeper trying to stay financially afloat by selling honey at the Farmers’ Market. She finds her world turned upside down when a man is found dead in her beeyard, only to discover that the victim is her nemesis.

The police are calling the brutal death murder and Josiah is the number one suspect! Josiah makes the rounds of quirky characters that can only be found in the lush Bluegrass horse country. Fighting an unknown enemy in the glamorous world of Thoroughbreds, oak-cured bourbon and antebellum mansions, Josiah struggles to uncover the truth in a land that keeps its secrets well. 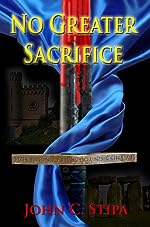 “I highly recommend this book to all of you adventure lovers.”

When archaeologist Renée d’Arcadia is summoned to France for the reading of a will, she is plunged into a maelstrom of deceit and destruction. Her challenge: solve a 100-year-old mystery originating from a sinister church where nothing is as it seems. Renée joins forces with David Arturo, an ex-helicopter pilot with a troubled past, to interpret clues cleverly hidden in tombstones and classic works of literature to find artifacts scattered across Europe. Racing against time, Renée and David must overcome their inner demons to outmaneuver a network of evil bent on destroying them. What they find in each other just might provide answers to some of mankind’s oldest myths. 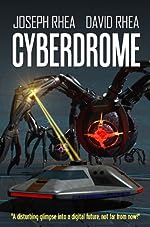 “Just concentrate on the really cool things that would look great in a movie, like the monstrous living machines based on praying mantises, worms, and other things.”

A disturbing glimpse into a digital future, not far from now.

Mathew Grey is a brilliant scientist who accidentally unleashed a man-made plague that ravaged America’s heartland, and now threatens the rest of the planet. Riddled with guilt and running out of time, he decides to use a dangerous technology to enter a computer-generated reality called Cyberdrome, hoping to unravel a mystery that could be the key to Earth’s survival.

Alek Grey was an athlete whose career was cut short by a near-fatal accident. Now he is a software hacker with the unique ability to outsmart the best Artificial Intelligence programs of his day. When he is called in after one of his programs inadvertently attacks Cyberdrome, he is shocked to learn that both his father and ex-fiancée have become trapped inside the simulation, unable to be removed without risk of death.

Alek knows of only one way to rescue the people he loves, but will he risk all of humanity to save them?

A Requiem for Dead Flies: A Supernatural Ghost Thriller 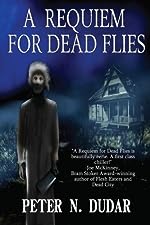 “What a surprise to read a first novel that kept me on the edge of my seat.”

After their mother’s miscarriage, Lester and Gordon MacAuley were sent to Battle View Farm to stay with their grandmother for the summer. But the house on Battle View Farm has a haunting secret. As Grandma Vivian slowly slipped into madness, the brothers’ lives became entangled in mortal danger. That summer of terror left them scarred and plagued by the family’s dark secret.

Now, years later, the MacAuley brothers have returned with dreams of breathing new life into Battle View Farm. But living in the house on Battle View Farm, they are forced to face their past and solve the mystery that began generations ago. And to face the ghosts that still haunt their family’s legacy.

A legacy written in dead flies.