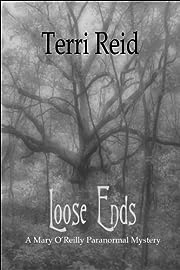 Dying is what changed Mary O’Reilly’s life. Well, actually, coming back from the dead and having the ability to communicate with ghosts is really what did it.
Now, a private investigator in rural Freeport, Illinois, Mary’s trying to learn how to incorporate her experience as a Chicago cop and new-found talent into a real job. Her challenge is to solve the mysteries, get real evidence (a ghost’s word just doesn’t hold up in court), and be sure the folks in town, especially the handsome new police chief, doesn’t think she’s nuts.
Twenty-four years ago, a young woman drowned in the swimming pool of a newly elected State Senator. It was ruled an accident. But now, as the Senator prepares to move on to higher positions, the ghost of the woman is appearing to the Senator’s wife. 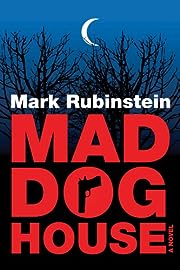 After thirty years, surgeon and family man Roddy “Mad Dog” Dolan reluctantly reconnects with childhood friends to open a Manhattan restaurant. For these three former delinquents from a bad neighborhood, the project is a dream opportunity a chance to show the world they’ve become respectable.

When the business is a hit, Roddy is relieved. But before long, he realizes someone is stealing from the coffers. When a loan shark shows up, announcing the men have one week to pay him $500,000, Roddy must find out who’s behind the threat and how he can make it go away before he loses everything. This gritty thriller examines loyalty, legacies of violence, and how far a respectable man will go to protect his family. 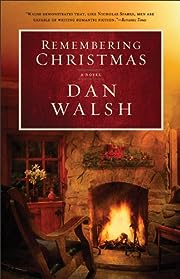 Rick Denton lives his life on his terms. He works hard, plays hard, and answers to no one. So when his mother calls on Thanksgiving weekend begging him to come home after his stepfather has a stroke, Rick is more than a little reluctant. He’s never liked Art and resents the man’s presence in his life, despite the fact that his own father abandoned the family when Rick was just twelve. When what was supposed to be just a couple days helping out at the family bookstore turns into weeks of cashing out old ladies and running off the homeless man who keep hanging about, Rick’s attitude sours even more. 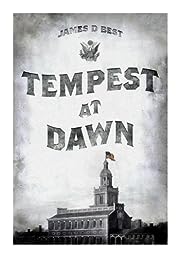 The United States is on the brink of total collapse. The military has been reduced to near extinction, economic turmoil saps hope, and anarchy threatens, as world powers hover like vultures, eager to devour the remains. In a desperate move, a few powerful men call a secret meeting to plot the overthrow of the government.

Fifty-five men came to Philadelphia May of 1787with a congressional charter to revise the Articles of Confederation. Instead they founded the longest lasting republic in world history.

Tempest at Dawn tells their story. 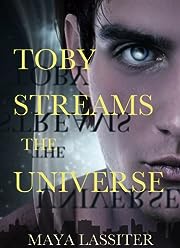 Toby Hay is a psychic living in New York City, supporting his screwed-up family using his visions to play the stock market. He also helps his private investigator best-friend with the occasional case all while trying not to read the future of every person he meets. Such as Toby’s new neighbor, a beautiful painter hiding from her violent Ex. Or Toby’s psychic, sex-pot, sister, scared of her own future. Or his quirky virtual-assistant, struggling to care for her sick child. Toby wants to help them all, but his super-psychic father trained him not to interfere, lest he lose his own sanity in the process. Toby’s father knew everything he must have had good reasons for his rules. Of course, he vanished nearly a year ago… 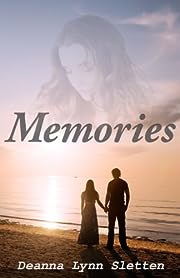 Michael DeCara came home from the Vietnam War a wounded man, both physically and emotionally. He tried putting his life back together, but found civilian life difficult after all he’d experienced in Nam. Raising his young daughter, Vanessa, by himself after his wife left, he found it difficult to commit to one job or one woman for any length of time. Then he met a young woman who made him feel good about himself again and who fell in love with Vanessa as well. But then a life-changing event occurred and he had to choose between his past and the present. He chose to leave without a word to the young woman, believing he was doing what was best for her. Now, years later, she has walked back into his life and he believes they may have a second chance at love-except she hates him and he doesn’t understand why.

By David Farland / Genre: Science Fiction / Rating: 4.8 out of 5 stars 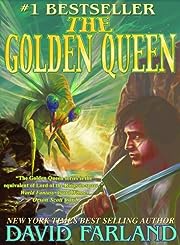 When Gallen O’Day is hired to as a bodyguard to escort a young woman through the woods to the forbidden ruins at Geata Na Chruinn, it seems like an ordinary job—but all too soon, he finds himself fleeing for his life from creatures that seem like escapees from a nightmare—the alien dronon, led by their golden queen. With his best friend, a genetically engineered talking bear named Orick, and his girlfriend Maggie, Gallen soon finds himself tangled in an interstellar war that he never knew existed, racing across a host of worlds, confronted by a future unlike any that he had ever imagined.

God Has Better Things to do Than My Laundry 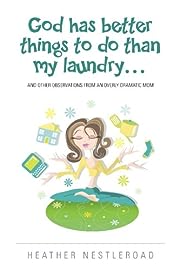 If you’ve ever tackled a mound of laundry taller than you, made reservations instead of dinner, turned to prayer to deal with your teenage daughters, and accidentally wet yourself laughing at your best friend, then you’ll like God Has Better Things to do Than My Laundry (and Other Observations by an Overly Dramatic Mom). Heather Nestleroad gathers all of her blog posts from the last few years into a comprehensive book that can be enjoyed by parents, chocolate lovers, and coffee drinkers of all types. Read about how Heather learned to like (and order) coffee, explores her questions about the purpose of our lives, bares her neurotic confessions, and details conversations you’ll swear you just had with someone in your family.

The Watchers: Sons of Elohim fallen to earth enslaving mankind with secret plans of conquest.
The Nephilim: The genetic offspring of the Watchers and human women. They are huge, organized, violent, and very hungry.
Enoch: A wise sage and holy man who is called by God to pronounce judgment on the fallen angels and their giant progeny, the Nephilim.
Methuselah: Son of Enoch. He has a passionate lust for life and earthy experience that puts him at odds with his otherworldly father.
Edna: Young wife of Methuselah. Bred in the palace to be married to a god, she is rescued by Methuselah and taught how to read, write, and fight without losing her feminine wiles.
Uriel: The guardian angel of the line of the Chosen Seed. He is smaller than the other archangels, so he makes up for it with his sharp intelligence, acerbic wit, and master swordplay.
Ohyah: A Nephilim who receives dreams from God and wants to repent and join Enoch’s band to redeem himself.
Lamech: Son of Methuselah. The line of the Chosen Seed, who discovers that the Cursed One is hunting him for revenge against God. 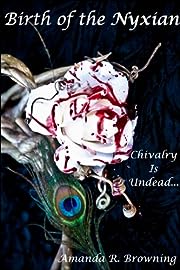 Harlow Garrington is a twenty-six year old woman left alone in the world when her family perished in a tragic accident. She led a quiet life and lived in her books until a chance meeting brought Aiden into her life. He was smart, sexy, and chivalrous everything she wanted in a man. There was just one problem, he was also an eight hundred year old vampire.

Nearly a thousand years ago, vampires split into two factions. Those who chose to sacrifice their souls for immortality were pure evil, without a shred of humanity left. They existed to kill and terrify. Those turned by force, like Aiden, were able to retain some of their humanity and did not need to kill to survive.

Harlow found everything she ever wanted from life with Aiden, but his love was not without a price. Aiden has long been coveted by Hades because he stood out from other vampires. When their love is discovered, Harlow’s life is in jeopardy. Aiden convinces Harlow to flee with him, hoping to keep her safe until he can come up with a plan. Will Harlow get to spend a lifetime with Aiden, or will she be forced to make The Immortal Choice?

Their journey takes them across the world, encountering all kinds of magic and monsters and even a few Greek gods, coming to a stunning conclusion that may change the fate of humanity. Full of action, history, drama, and intrigue, Birth of the Nyxian is a steamy paranormal romance with so much more than romance!