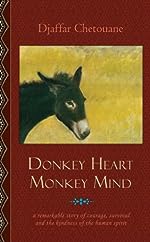 “I read the book in a day and a half because I could not put it down.”

The young Berber narrator of Donkey Heart Monkey Mind has to learn the kind of perseverance and ingenuity it takes to survive in 1980’s Algeria, where his people are second-class citizens in a third world country. His tale opens when police brutally beat him for participating in a protest march. Knowing that he must leave his own country or suffer this kind of treatment forever, he begins wandering Europe and northern Africa, desperately seeking some alternative. He tries his hand as a street vendor and a pickpocket, is mistaken for a drug smuggler and an Egyptian spy, and he poses as Jewish to sneak into Israel and as a devout Muslim to escape notice in an Egyptian prison. He is eventually swept up in the wave of arrests following the “Black October” Algerian political riots of 1988. Drugged and shipped to a remote military prison, for months he is burned, brutalized, and held in solitary confinement. But in the end, his tale poignantly illustrates how even in the most desperate circumstances sometimes hope is found, help is offered, and inspiration strikes.

The King of Blades 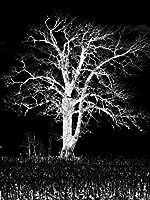 “The story was original and imaginative, and kept me guessing every step of the way never knowing what was going to happen next.”

King Tyler Letrovius has lost control of his kingdom. Democracy is taking hold, and without a bloodline to continue his legacy, the council of lords has chosen to dethrone the once-powerful King of Blades. Unable to come to terms with the new conditions, Tyler’s heart gives out and must be revived by a local physician. But not before Tyler spends a few minutes in Hell, tortured by a god called Aerial who needs Tyler but refuses to explain why.

When Tyler awakens, he learns that his knights have abandoned him and an army from one of the northern kingdoms is marching south, determined to strike the kingdom of Letrovium before its new leaders can act. Tyler must find a way to save his kingdom during the day even while he suffers in the darkness of Hell every time he falls asleep. In Hell, Tyler finds himself hounded by strange visions of a creature named Grendel and a mysterious long-dead hero named Beowulf.

Time is running out—Tyler is dying, and has only a few precious days to fulfill the demands of Aerial, the god of second chances.

Called one of the best fantasy-horror hybrids of 2011, The King of Blades features a complete re-imagining of mythical Beowulf myth told in a fantasy world where kingdoms wage war, industry threatens religion, and lords will do anything to retain control. 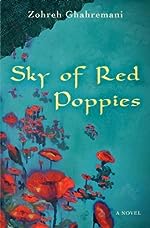 “This tender and touching story is beautifully written.”