The Skye in June 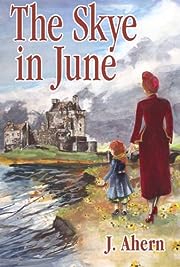 June MacDonald’s fate is sealed the day she is born when her mother, Cathy, defies her husband Jimmy by giving their new daughter a pagan name instead of a Catholic saint’s, as is their tradition. The decision forever sets the MacDonald family on a course for disaster, and no one can foresee that June will grow up to threaten their strong religious beliefs. After a family tragedy the MacDonald family emigrates from Scotland to San Francisco, California, in the hopes of a new beginning. There, young June begins to have visions. They haunt Cathy, revealing her secret past in the Scottish Highlands. June’s religiously rigid and abusive father will not tolerate the visions. That doesn’t stop June’s feisty nature or curiosity about her psychic abilities and interest in witchcraft. The family is on the brink of imploding when June and her three sisters come of age in the 1960’s Haight Ashbury scene. Their father’s declaration seems to be coming true: “Doomed to hell, every last one of you.” In order to save June,

By Sherry Hartzler / Genre: Literary Fiction / Rating: 4.6 out of 5 stars 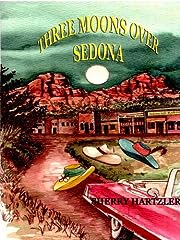 Traveling two thousand-miles to Sedona, Arizona, Georgia finds work in a café managed by the kooky proprietor, Trish Martin. Next door, the Moon Tide Gift Shop is owned by the exotic Zoe Atwater, the daughter of screen legend, Gloria Atwater. Befriended by these two flamboyant characters, Georgia finds new life in Sedona, an artisan town surrounded by the magnificent red rock scenery of Oak Creek Canyon. This energizing landscape of mysterious vortexes and new-age spiritualism revitalizes her soul. However, her two new friends have their own agendas, generating a major crisis that takes the three women to LA and a media Hollywood funeral. Georgia is suddenly thrust into the surreal world of A-list movie stars, glamorous Rodeo Drive, and tabloid hell.

Three Moons Over Sedona is an odyssey of the human heart, filled with secrets, regrets and finally forgiveness. Georgia is a survivor who learns that although you can never run away from yourself, you can—through pure determination—become the person you were always meant to be. 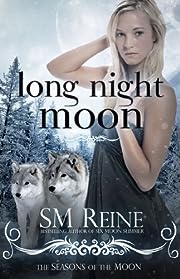 Something is killing innocent people around Rylie Gresham’s town. The police think it’s a wild animal, but she has other suspicions. There are new kids at school, and they have a lot in common with her: gold eyes, super strength, and a habit of turning furry. It seems Rylie’s not the only werewolf around anymore.

It’s up to Rylie and her werewolf-hunting boyfriend, Seth, to stop the killings. But saving lives doesn’t come naturally to a monster, and territory battles could risk the life of her sickly aunt–not to mention her own. Rylie has no choice but to stand her ground, protect her home, and stop the murders before anyone else gets hurt.