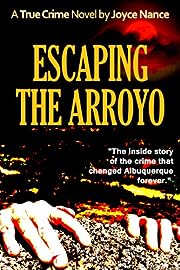 On April 5, 1981, two college coeds were kidnapped from a residential street of Albuquerque, New Mexico. The next morning, the girls were found in a desolate mountain arroyo; one raped and murdered, the other savagely stabbed 33 times and left for dead. As fear engulfed the University of New Mexico’s quiet campus, police had few clues to assist them in tracking down the vicious killer. This book is based on the true story of what happened that night in the Sandia Mountains, a shockingly brutal crime that changed the city of Albuquerque forever. It is a gritty tale of unspeakable violence and the relentless search for justice, but it is also the story of a young woman’s incredible will to live … and her life-long struggle to escape the legacy of that deadly arroyo. 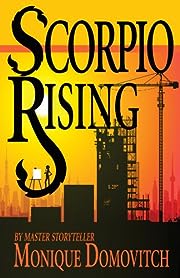 Set in New York and Paris amid the glamorous and competitive worlds of art and real estate, Scorpio Rising takes the reader from the late 1940s to the 1960s through the tumultuous lives of its heroes.

There is Alex Ivanov, the son of a Russian immigrant and part-time prostitute. He yearns to escape his sordid life and achieve fame and fortune. His dreams of becoming a world-class builder are met with countless obstacles, yet he perseveres in the hope of someday receiving the recognition he craves.

Half a world away, Brigitte Dartois is an abused teenager who runs into the arms of a benefactor with an agenda all his own. When she finds out that her boss has an ulterior motive, she flees again, determined to earn her living through her art. This career brings her fame, but also the unwanted attention of her early abuser.

Monique Domovitch’s debut novel, Scorpio Rising, is a compelling tale filled with finely etched characters and a superb understanding of the power of ambition. Scorpio Rising promises to resonate with all who once had a dream. 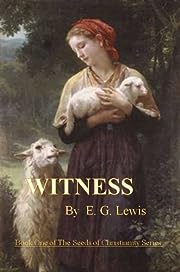 The events Rivkah witnessed changed history. As a young shepherd girl, she accompanied her father to a Bethlehem stable where she held the baby Jesus. She watched Mary and Joseph flee to Egypt, met the strange visitors from the East who’d followed a star to Bethlehem, and saw Herod’s soldiers kill the children of her village.
You can experience life in Roman Judea as the Jewish people struggle under the burden of Caesar’s armies and Herod’s cruelty. Watch false Messiahs rise and fall and see the fatal retribution that followed. Feel the pain of the innocent bystanders left to pick up the pieces of their shattered lives.
Meet Shemu’el, the young man Rivkah believed God destined for her. But Rome tore them apart. Divided by fate, united by love, these two young people grow to separate adulthood, each with their dreams and desires unfulfilled, while the world of Rome and conquest moves inexorably on.
Then, many years later, Rivkah finds herself in Jerusalem during the Passover. Trapped in a crowd, she is forced to watch three men being led to their execution. Her stomach drops when she realizes one of the men is Yeshua, the babe she held so many years before.
Witness it all through the eyes of one who lived it.

Before The Devil Knows You’re Dead 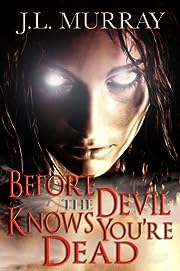 The worlds are out of balance. The Creator is missing. And the war between Heaven and Hell has begun.

Niki Slobodian came back, but there were side effects. She is filled with a strange power no one seems to be able to explain. Not even Sam. She is also plagued with strange visions whenever she touches anyone. This does nothing but complicate the fact that she may be the reason for the war raging in the streets of her own city. A war that could mean the end of humanity.

Niki has always done whatever she had to for the people she loves, but this time is different. With carnage escalating and the people she cares for in danger, Niki and Sam must work together to save what is left of the world they both love. And with a psychotic archangel trying to assume the post of the Creator, with one slim chance to right the balance, the odds are against them.

Nothing is ever easy for a Slobodian. Not even stopping a war that could unmake the world.

My Ride With Gus 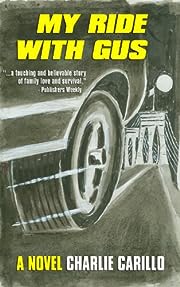 New Year’s Eve, 1995. Rising young architect Jimmy Gambar is on top of the world, ready to pop the question to the girl of his dreams at a fancy restaurant. Ten minutes later he snaps and storms out, leaving behind the girlfriend, her ridiculous gift of a hot pink necktie and the precise way of life he’s known for so long.
Later that night, big trouble – a sleazy downtown bar, a shady lady with a switchblade in his SoHo loft, an accidental fall against a metal lamp. Now Jimmy has a dead woman’s body lying on his rug, and only one person to turn to – a man he hasn’t seen in twenty years. His big brother Gus (“The Ghost”) Gambuzza. 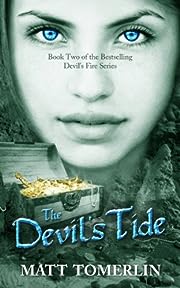 Hostage-turned-pirate Katherine Lindsay returns in this action-packed followup to The Devil’s Fire, and the last thing she wants is to go back to her mundane life in London. A young pirate narrowly avoids the gallows when the governor of the Bahamas enlists his aid in bringing Lindsay to justice. A pirate hunter returns to his old ways, with the demons of his past swiftly following his trail. A beautiful strumpet falls in league with Blackbeard, witnessing his despicable crimes firsthand, before she becomes a pawn in his schemes. As all sides spiral toward a fiery climax, nothing is at it seems, and the odds are in favor of death. 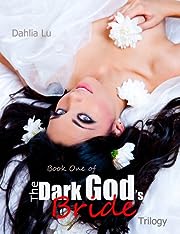 An ancient god on a destructive path of vengeance…

Imprisoned by the Archangel Lucifer ages ago, Summit, the Dark God, wanted nothing less than equivalent retribution. After breaking free and successfully retaining some splintered shards of his sanity, Summit set out to confront Lucifer. The Archangel was nowhere to be found. He has, however, left behind his most coveted mortal bride. The Dark God stormed into Hell to capture Lucifer’s one and only weakness, but inadvertently abducted the wrong female – his own.

As a mortal raised among the demons inside a floating castle in Hell, Amara’s life is not exactly what you would call normal. When she finds herself abducted by a half-mad god, who mistook her for the woman who brought her up, Amara chooses to hide her identity to protect her foster mother at the risk of her own life.

Curse of the Mummy’s Tomb 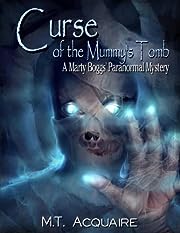 Have you ever wondered if curses really do exist? Marty’s grandfather always said that superstition was nothing more than nonsense that hindered fools from discovery, but now Marty’s not so sure. Ever since his grandfather, a world-renowned archeologist, discovered a tomb in Egypt his family has been plagued with tragedy. First Marty’s mother disappears, and then Reginald himself collapses at the museum in the weeks leading up to the mummy’s unveiling. One by one children start to disappear as the town turns against Marty and his family, blaming them for unleashing the curse upon them. Haunted by visions of creatures that shouldn’t exist, Marty soon finds himself in a waking nightmare filled with demons running rampant in the streets, ghouls masquerading in the flesh of humans, and an evil necromancer who will stop at nothing to secure his own immortality. As if that wasn’t enough, then there’s Daniel Richardson, the most beautiful girl Marty has ever laid eyes on. The only thing is, his competition isn’t another boy at school, it’s the monster behind the abductions, and now he has to find a way to stop her from being taken next. 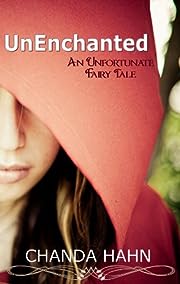 Mina Grime is unlucky, unpopular and uncoordinated, that is until she saves her crushes life on a field trip, changing her High School status from loser to hero overnight. But with her new found fame brings misfortune in the form of an old family curse come to light. For Mina is descended from the Brothers Grimm and has inherited all of their unfinished fairy tale business. Which includes trying to outwit a powerful Story from making her it’s next fairytale victim.

To break the fairy tale curse on her family and make these deadly occurrences stop, Mina must finish the tales until the very Grimm end. 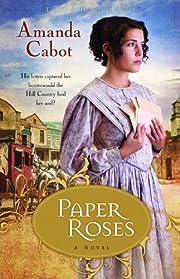 The future stretches out in front of Sarah Dobbs like the pure blue Texas sky. Leaving the past behind in Philadelphia, mail-order bride Sarah arrives in San Antonio ready to greet her groom, Austin Canfield, a man she has never met but whose letters have won her heart from afar. But there is one problem–he has died. And Sarah cannot go back East.

As Sarah tries to reconcile herself to a future that is drastically changed, Austin’s brother, Clay, struggles with his own muddled plans. Though he dislikes working on the family ranch and longs for a different life, Clay is driven to avenge his brother’s death. But something between them is growing and neither Clay nor Sarah is ready to admit it. 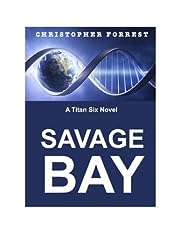 An ancient secret. An astounding scientific discovery. A coded message hidden inside human DNA. In his new action thriller, bestselling author Christopher Forrest delves into the secrets of a lost civilization encrypted inside human DNA. When a secret research facility is invaded by hostile forces, Hawkeye and the Titan Six covert ops team are called into action. Thwarted at every turn by a mysterious enemy, Titan Six races against time to unlock the secrets of an ancient message encrypted in our DNA and rescue the daughter of Catherine Caine, the billionaire CEO of Titan Global. SAVAGE BAY is a pulse-pounding, non-stop adventure that will leave you breathless.