By Anna Elliott / Genre: Historical Fiction / Rating: 4.2 out of 5 stars 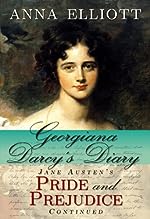 “Anyone who met Darcy in “Pride and Prejudice” will love the continuation of her life story.”

The year is 1814, and it’s springtime at Pemberley. Elizabeth and Mr. Darcy have married. But now a new romance is in the air, along with high fashion, elegant manners, scandal, deception, and the wonderful hope of a true and lasting love.

Shy Georgiana Darcy has been content to remain unmarried, living with her brother and his new bride. But Elizabeth and Darcy’s fairy-tale love reminds Georgiana daily that she has found no true love of her own. And perhaps never will, for she is convinced the one man she secretly cares for will never love her in return. Georgiana’s domineering aunt, Lady Catherine de Bourgh, has determined that Georgiana shall marry, and has a list of eligible bachelors in mind. But which of the suitors are sincere, and which are merely interested in Georgiana’s fortune? Georgiana must learn to trust her heart–and rely on her courage, for she also faces the return of the man who could ruin her reputation and spoil a happy ending, just when it finally lies within her grasp.

By Leonard Pitts / Genre: Literary Fiction / Rating: 4.8 out of 5 stars 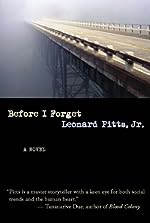 “The lucid and well-structured storyline bring the characters to life as if you can look into their souls and feel their anguish, pain, joys and sorrow.”

This powerful novel of three generations of black men bound by blood — and by histories of mutual love, fear, and frustration — gives author Leonard Pitts the opportunity to explore the painful truths of black men’s lives, especially as they play out in the fraught relations of fathers and sons. As 50-year-old Mo tries to reach out to his increasingly tuned-out son Trey (who himself has become an unwed teenaged father), he realizes that the burden of grief and anger he carries over his own estranged father has everything to do with the struggles he encounters with his son. Part road novel, part character study, and part social critique, and written in compulsively readable prose, Before I Forget is the work of a major new voice in American fiction. Pitts knows inside and out the difficulties facing black men as they grapple with the complexities of their roles as fathers. 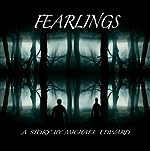 “It has a good pace and kept me reading and wanting to know what happens next.”

We live in a world in which there are many occurrences that we do not understand. Like the quick images in the corner of our eyes when we turn our head or when we think we see shadows in the darkness of a closet or hallway? What if these images and shadows were actually beings from another world bleeding into ours? What if there were humans that could see and interact with these beings? What would their days be like? What would their nights be like? Fearlings is a story of such a human.

Fearlings is a short story that is part ONE in a series titled The Fearlings series. 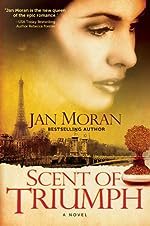 “Fascinating Story with a Cinematic Feel!”

Paris-born Danielle Bretancourt von Hoffman is a modern young woman with a natural gift. In the language of perfumery, she is a Nose, with the rare ability to recognize thousands of essences by memory.

The year is 1939, and on the day that England declares war on Germany, Danielle and her family are caught in the midst of a raging disaster sweeping across Europe.

Her life takes a tragic turn when her husband and their only son are stranded behind enemy lines. Summoning her courage, she spies for the French resistance, but is forced to flee Europe with fragments of her family. Destitute, she mines her talents to create a magnificent perfume that captures the hearts of Hollywood stars, then gambles to win wealth and success as a couturier. Her intelligence and flair attracts the adoration of Jonathan Newell-Grey, head of England’s top shipping conglomerate, and Cameron Murphy, Hollywood’s most charismatic star. 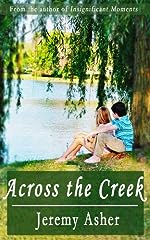 “Hooked on the story from the beginning of the book and found it difficult to put down.”

Life only gives you one first kiss.

And when Jesse Malone kissed Sarah Ramsey, he thought his life would change, but not in the way that it did. An unlikely childhood romance between a poor boy and a wealthy girl began the day Jesse decided to do the impossible and cross the creek. A love was born, one that would become their shelter, protecting them from the storms of their lives, until the day Jesse witnessed his mother’s murder, forcing him to leave his childhood home…and first love.

Ten years later, life has finally gotten better for Jesse. He has a loving family, a charming pet shop to run, and one semester left before graduating with a degree in architecture. Everything is great, until the day fate intervenes and his long-lost love walks into his shop and back into his life.