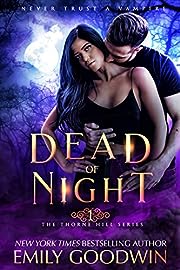 I might have learned that lesson the hard way. But when I find myself in a vampire-owned bar, I don’t have much of a choice. With vampires still trying to assimilate into mainstream society, I’ve done Lucas King a favor by stopping one of his patrons from draining a human dry in the basement of his bar. A favor he’d prefer to repay in bed than in kind.

Vampires and witches have had more than a jaded history, and when witches start showing up dead in surrounding covens, all signs point to something old and powerful. Something that knows the ways of the witches.

What’s worse than trusting a vampire?

The Days of Noah, Book One: Conspiracy: A Novel of the End Times in America 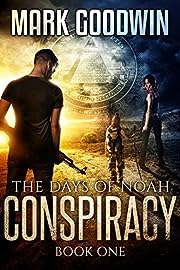 A hidden conspiracy. A shadow government. The CIA analyst who uncovers it all.In an off-site CIA facility outside of Langley, rookie analyst Everett Carroll discovers he’s not being told the whole truth. He’s instructed to disregard troubling information uncovered by his research. Everett ignores his directive and keeps digging. What he finds goes against everything he’s been taught to believe. Unfortunately, his curiosity doesn’t escape the attention of his superiors, and it may cost him his life.Meanwhile, Tennessee public school teacher, Noah Parker, like many in the United States, has been asleep at the wheel. During his complacency, the founding precepts of America have been systematically destroyed by a conspiracy that dates back hundreds of years.Cassandra Parker, Noah’s wife, has diligently followed end-times prophecy and the shifting tide against freedom in America. Noah has tried to avoid the subject, but when charges are filed against him for deviating from the approved curriculum in his school, he quickly understands the seriousness of the situation. The signs can no longer be ignored, and Noah is forced to prepare for the cataclysmic period of financial and political upheaval ahead. Watch through the eyes of Noah Parker and Everett Carroll as the world descends into chaos, a global empire takes shape, ancient writings are fulfilled, and the last days fall upon the once-great United States of America.

The King of Terrors (a psychological thriller combining mystery, crime and suspense) 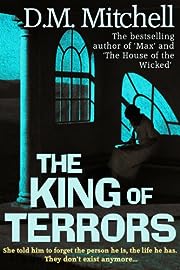 It begins in the year 1929. DCI Thomas Rayne discovers the decomposed body of an unknown man in a Suffolk barn, a strange black symbol painted on the barn wall. A crime that Inspector Rayne never solved. A case he would go to his death calling his Curse.

More than eighty years later in 2011, guilt-ridden Gareth Davies seeks a quiet life in rural Wales. But his self-enforced solitude is soon to be violently shattered. Driving home one night in a snowstorm he knocks down and nearly kills a mysterious young woman in a country lane.

He doesn’t know it but his life will never be the same again. The woman claims to be his twin sister Erica – a sister he never knew he had, because his unknown mother abandoned him in 1976 as a baby at Cardiff Central railway station. But his newfound sister brings with her a dire warning: his life is in great danger. When she disappears unexpectedly, he decides he must find her. That’s when his nightmare truly begins.

Police find false ID papers in a Manchester flat, bearing Davies’ photo; a flat in which a woman has been murdered. Moreover, the details of the gruesome murder mirror those exactly of the man found in the barn by DCI Rayne in 1929.

Why is Davies being followed by a strange Canadian man? Why is ninety-year-old Sir David Lambert-Chide, wealthy pharmaceutical giant, desperate to find Davies’ sister too? Who is the attractive but mysterious red-haired woman who warns him he is being hunted by the deadly Doradus? And who or what exactly is Doradus?

What becomes clear is that someone wants him dead, whilst others want him very much alive. His life in the balance, he finds he’s being hunted for reasons he cannot fathom, with no one to turn to, not knowing who to trust and caught up in dark forces many hundreds of years old.

Entering Dean Koontz territory, The King of Terrors is a breathtaking rollercoaster of a thriller that never lets up from its gripping and mystifying beginning to its shocking conclusion. With an array of well-drawn, memorable characters, its many delicious twists and turns and its complex, intelligently written, multi-stranded plot, this is D. M. Mitchell at his most ingenious, dark and profound. 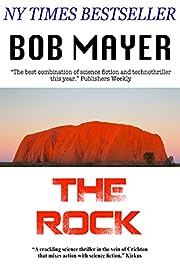 What would it take to change the course of history that is already written and save the world?

In Australia…a U.S. Air Force computer operator receives a terrifying radio transmission out of Ayers Rock that knocks out the world’s communications.

In New York…a tall, slender woman leaves her husband a note on the refrigerator saying that she’s leaving — but can’t tell him where she’s going.

In Colombia…a Special Forces officer breaks into a drug kinpin’s bedroom and puts a bullet into a woman’s brain before running to a waiting helicopter.

And in England…a beautiful twenty-three-year-old mathematician prepares for a journey that will change her life forever.

The team assembles in Australia on a mission that can save the world. But first, they must figure out who is the message coming from? What are they trying to tell mankind? And can it be deciphered in time before Armageddon overtakes the world?

It’s about a bomb, it’s about a world about to be shattered. It’s about the last few days they have to save us all. 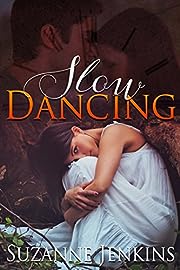 After midnight, a mysterious stranger appears at the edge of the woods and the peaceful life fifteen-year-old Ellen Fisher has with her beloved stepfather Frank is turned upside down. Small town gossip, jealousy and murder strive to tear them apart in a tale of secrets and unrequited love. 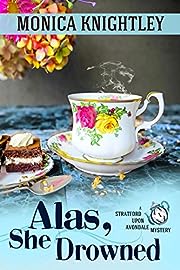 When ex-novice nun, turned steamy romance writer, Maggie O’Flynn moves to the charming village of Stratford Upon Avondale to open a tea room she expects plenty of murders, betrayal, and duplicity. On the stages of the town’s renowned Shakespeare Festival. But when a theater critic is found murdered on the town’s riverbank and the prime suspect turns out to be the sexy bookshop owner Maggie has had her eye on, she takes matters into her own hands. Will she be able to dig through the layers of betrayal and duplicity to find the true murderer before that handsome bookseller, Nate Larimer, finds himself behind bars? With the help of her loud, brash, spitfire of a friend, Gina Mattucci, Maggie plans to do just that.

Kidnapped By The Billionaire 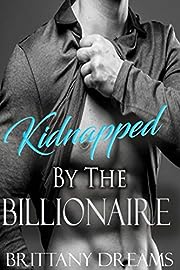 Ailish Eberle led a normal life… until one act of kindness changed everything for her.
Reclusive, esoteric billionaire Jed Hughes spent his entire life trying to find meaning and purpose. If money is the root of all evil than it should be simple. Give it all away and be happy. He just needs to find the right one.
Jed is astounded by Ailish’s kindness when he meets her. He does the unthinkable and takes her back to his private island where he delivers the shocking news. She’s going to inherit billions in hopes that she can do what he never could. Find happiness and change the world.
Ailish isn’t the kind of person to take such shocking news sitting down. She grew up with nothing and made her own way in the world. The one thing she always had was the love and support of her family. Inheriting billions of dollars hardly feels real. The more pressing concern is the handsome, troubled man in front of her. It breaks her heart that he has spent a loveless life. If only she could show him what a real connection with another human is, maybe he would rethink his wild plan.
What started out as a mission to show another human compassion soon morphs into so much more as a wild attraction and the fires of passion threaten to consume them both. Can Ailish convince Jed to stay or will she surrender her heart to a man who is destined to break it? 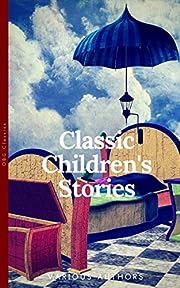 Readers set out with timid Mole as he explores the world, learning about courage and friendship through a series of misadventures with Rat, Toad, and Badger in The Wind in the Willows. From the River Bank, tumble down the rabbit hole with Alice to a madcap world where nonsense rules in Alice’s Adventures in Wonderland. From Victorian England, it’s on to a small New England town in Little Women, where Jo March and her three sisters struggle to achieve their dreams amid the shifting roles of women in the Civil War era. Sent to live with her uncle, orphan Mary Lennox uncovers the mysteries of Misselthwaite Manor in The Secret Garden. Readers then journey through the English countryside and London with a gentle, hardworking horse who experiences kindness and cruelty at the hands of different masters in Black Beauty.

Whether encountering these cherished tales for the first or the fiftieth time, readers will find enchantment in this collection. 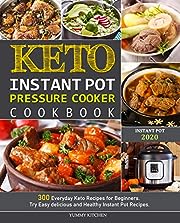 THE ULTIMATE INSTANT POT KETO RECIPES!
Enjoy these 300 Recipes for Any Budget.
Recipes are listed step by step in a clear and understandable manner.
With this cookbook, you will cook better, tastier and faster meals for yourself and your family.
In this cookbook, you will discover…
Amazing meals the whole family will love.
Recipes for vegetarians anyone will enjoy.
Most recipes made for anyone with a busy lifestyle.
Detailed ingredient lists and precise cooking times so each dish turns out perfect.
Easy-to-follow instructions on making each dish in an Instant Pot.
Helpful tips and tricks on how to make each meal one your whole family will request time and time again.
Plus much more helpful information.
Eating is meant to be a shared experience and is a great time for family members to catch up with each other’s day. A good meal gets them to the dinner table every time. 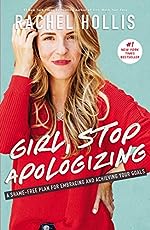 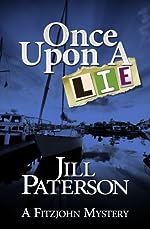 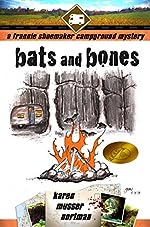 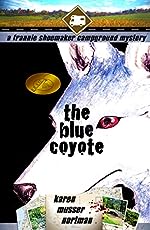