MURDER IN THE VALLEYS: A cozy Welsh crime mystery full of twists (The Havard and Lambert mysteries Book 1) 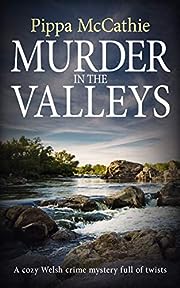 Ex-superintendent Fabia Havard is struggling with civilian life when a local girl is found dead.

Out walking near the rain-swelled river running past her small Welsh town, she comes across the body of Amber Morgan. Fabia’s police training tells her instantly that the death is the result of foul play. But no longer in the force, all she can do is call it in.

Yet she has mixed feelings when she discovers it is her former colleague, Matt Lambert, newly promoted to chief inspector, who will head the investigation into the girl’s death.

Despite this, having known the victim, and bored with her new job as an illustrator, Fabia can’t help probing into the murder. However, her inquiries further upset the quiet of the town. Not least her neighbour, busybody Rhona Griffiths, who was seen arguing with the victim the day before her death.

Fabia’s activity bothers Matt Lambert but time and time again Fabia’s instincts are proved right. He can’t help leaning on her in order to progress the investigation but that will also involve confronting why she left the force years ago.

Can they put their differences aside and work together to bring the perpetrator to justice despite Fabia’s painful past being brought up again? Or will Fabia’s moonlighting get her into further danger?

All I Want for Christmas Eve (Snowflake Creek) 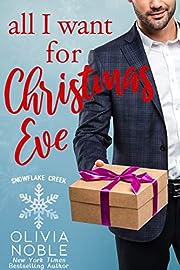 To be clear, it’s a plane named Santa’s Sleigh.
She saves Adam from the wreckage, and although he’s injured, he’s not too injured to make endless jokes about how they belong together. Adam and Eve jokes. Ugh.

It would be so lame if he weren’t so sexy. And if Eve didn’t live in The Middle of Nowhere, Alaska, where the only men around are polar bears.
Could Adam be Eve’s Christmas present from Santa?
Men don’t usually fall from the sky, but when they do… might as well enjoy.
It’s snowing men. Hallelujah?

In Love With His Hurt Soul: A Historical Western Romance Book 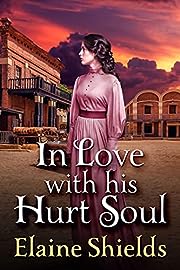 Ever since the death of her parents, Daisy Rowling’s entire life has revolved around her uncle Ronald’s gambling addiction. Even though she is a great player too, she feels safer helping her uncle with signals, rather than joining his games. However, things go terribly wrong when Ronald is arrested for murder. Help arrives in the most unexpected form, as Deputy James stands by her side…

Placing all her hopes in James is inevitable, but can she trust a man she has just met?

A challenging murder investigation appears to be the perfect opportunity for Deputy James Andretti to prove himself. As soon as he learns Daisy’s tragic story, he is certain that someone is trying to frame an innocent man with fabricated evidence. Eager to fight injustice, he feels compelled to follow the clues and track down the man responsible for this terrible crime.

Could his attraction to Daisy hold him back from overcoming the obstacles that stand in his way?

Daisy and James are thrown together by their mutual quest to discover the truth. When their lives are being threatened, only their connection can hold them together and give them the strength they need. Can their love be each other’s salvation if they follow their hearts?

Looking for Happily Ever After 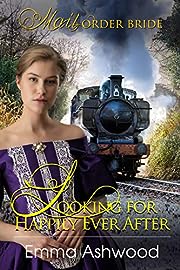 Sally’s plans to become a mail order bride were waylaid the moment robbers stepped onto the train.

After losing her grandfather, Sally had nothing and no one to keep her in New York. She took her friend’s advice and chose to become a mail-order bride, eager to meet her future groom, Kit Blake. When train robbers boarded her train, all her dreams were scattered to the wind.

Taken hostage by the Band of Brothers, Sally made no attempt at escape. In the wilds of Wyoming, remaining with Brody and his brothers was her safest option. Meanwhile in Franklin, Idaho, Kit Blake is furious that his bride had turned out to be a conniving cheat who had only corresponded with him to steal the train fare he had sent her.

Sally finds herself falling in love with her captor, Brody, while Kit looks for a life elsewhere. When Sally rides into Franklin with her captors knowing that Kit deserves the truth. What she didn’t expect was for Kit to be married and for Brody to abandon her without so much as a goodbye. 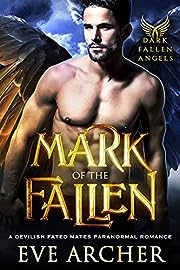 Billionaire playboy or the devil? A fallen angel can be both.

Not only is Dominick Vicario tall, dark, and wickedly attractive, he’s also the head of the world’s most powerful underworld family. And the leader of the Fallen—former heavenly Watchers banished to earth who’ve become wealthy playboys.

When I meet him, my life is circling the drain. My job is going nowhere, my boyfriend is a jerk, and I’m in debt up to my eyeballs.

So, when the dangerously seductive mafia don offers me a deal that will solve all my problems, I take it. All I have to do is spend the rest of the summer with the mysterious billionaire. A couple of months of jet-setting on private planes and yachts isn’t too high a price to pay, right?

But Dominick believes I’m destined to be his mate—and the key to all the fallen angels being restored to their rightful place in the celestial order.

And it doesn’t matter if I think he’s crazy. He’s convinced I’m his for eternity. And so are the demons chasing us.

Can I escape from his immortal curse? Or will his dark past come back to haunt us both? 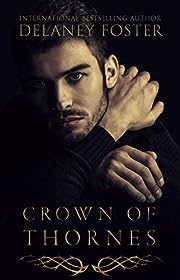 He was the reason storms were named after people.

Purgatory: n. A place or state of suffering. An intricate balance of heaven and hell. Passion and pain.

My purgatory was a palace.

When my father died, I was forced to live in Thornebridge Castle- biding my time, hiding in the library and wishing I were invisible.

But there’s no hiding from fate.

There was a growing threat to the Crown in our country. Prince Sutton thought that threat was me. With his cruel words he unleashed a world of secrets that made me question everything I’d ever known. With his unpredictable touch he awakened something primal within me, within us.

The only thing I hated more than Sutton Thorne was the way his presence set my soul on fire.

I thought I’d given the Crown everything I had to give. No more suffering. In a few short months, I’d be gone. But I was about to learn what true sacrifice really meant. 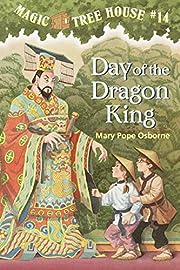 Jack and Annie set off to find an original copy of an ancient Chinese myth. Armed only with their magic library cards, they must take on a book-burning emperor. But with the help of a scholar and a silk weaver, they triumph again. 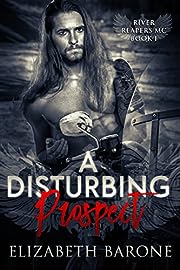 Whose secret is more disturbing, his or hers?

Someone’s slashed my tires less than a week after I screwed ex-con Cliff back into society. I knew it was a bad idea, but with his dark hair, gentle eyes, and disturbing secrets, I was dying to unlock him. As much as I don’t want to believe it was him, he’s a killer, so what’s a little stalking? With a whole biker club at my back, normally all I’d have to do is say the word, but he just became their latest Prospect.

I’ll just have to handle it myself.

After two decades in prison, I might as well be on another planet. Everything is different now, including me. I’ve fallen for the first woman I met, and I’ll do anything to prove to her that I’ve changed, too. There aren’t many prospects for a felon, so I have no choice but to take the first job I’m offered. Becoming a Prospect for my father’s MC comes with all kinds of strings, especially since I’m the one who killed him.

And now, thanks to Olivia, I’ve got one more body to bury.

Diary of a Superhero Kid: a hilarious superhero adventure for children 7-12 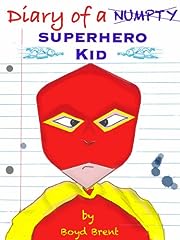 My name is Freddie Fisher. And I’m a superhero kid. I know what you’re thinking. It must be SO COOL being a superhero. Having amazing powers that mean you can do anything. Like jump over a skyscraper (without even trying). Or be strong enough to spin the whole WORLD on the tip of your finger like a basketball. I used to think that way too. Used to think I’d give anything to be the strongest kid in the universe. Well, since I became a superhero I’ve changed my mind. Boy, I bet you think you’ve got problems. You want to try being me for like five minutes. So that’s why I kept a diary. To let kids know that superpowers means just one thing – SUPER TROUBLE! 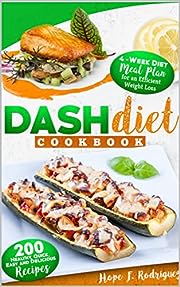 Are you looking for a way to lessen your sodium intake? Do you want a diet that will help you to weight loss in a healthy way without giving up your favorite dishes?

Well, this “DASH DIET COOKBOOK + 4-WEEK MEAL PLAN” is the right book for you! It contains a collection of healthy Dash diet recipes without sacrificing taste, with a sample 4-week meal plan to get you started. The Dash diet is a lifetime method to prevent and treat high blood pressure or hypertension. The following topics inside will discuss what it is, how it works, leading benefits, and tons of new recipes for you to use in your new dieting way.
It is based on the principle that you should eat various nutrient-rich foods while lowering sodium usage in your daily meal plan. This diet is rich in healthy lean meats, seafoods, fruits, vegetables, nuts, low-fat dairy, poultry, whole grains, plus heart-healthy fats paired up with protein-rich foods to quench your hunger. 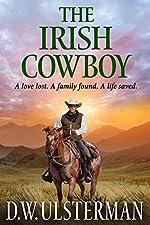 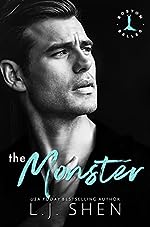 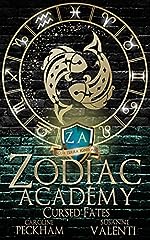 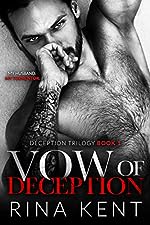 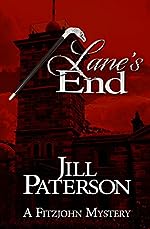 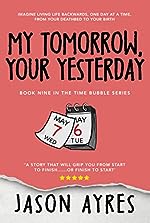 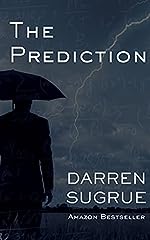 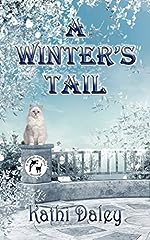 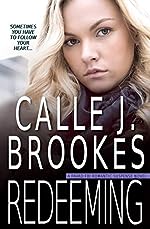 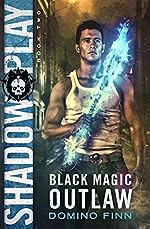 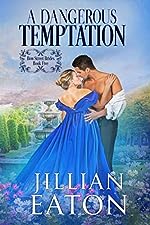 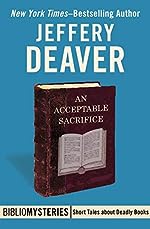 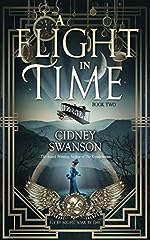