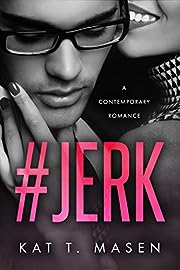 He was that boy in the playground.
The one that pulled your pigtails.
The one that lifted your dress in front of the entire school.
Now he’s that guy in the office.
The one that steals your lunch from the fridge.
The one that gets away with everything.
I’m sure you know him. Everyone knows that guy.
He’s a #JERK.

Presley Malone knew her relationship with her fiancé, Jason, had run its course.
The second that ring came off her finger, she didn’t expect to be the pawn in an immature game played by the office jerk.

Haden Cooper enjoyed playing games, and when it came to Presley Malone, it was all too easy. Miss Know-it-all with her over-the-top OCD was soon going to get a taste of what it was like to live on the edge.

But what starts off as an innocent prank soon becomes an unhealthy obsession. 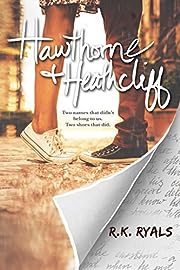 Two names that didn’t belong to us. Two shoes that did.

Intense and introspective, seventeen-year-old Hawthorne Macy knows all about being abandoned. She’s felt the stark pain of being left behind by the people who are supposed to love her the most; her parents. Raised by her caring uncle on an old plantation, Hawthorne lives her life on the fringes of her small Southern town.

Until she meets his shoe.

Senior year, last period English class, and a pair of silent tennis shoes resting next to hers in the back of the room throws Hawthorne into a world she’d learned to stay outside of.

His name is Max Vincent, but in her mind, he’s Heathcliff. The handsome eighteen-year-old boy behind the shoes will pull Hawthorne into a passionate and unforgettable adventure of self-discovery during a time when love seems impossible. 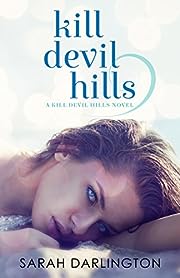 He’s twenty-four. She’s eighteen.
His life is exactly the way he’s always wanted it to be…stable.
She’s quite possibly the very definition of unstable.

Noah saved her.
Georgina never wanted to be saved.

Growing up, Noah Clark was passed from one relative to the next until he finally ended up living with his abusive, alcoholic uncle in Kill Devil Hills, North Carolina. Thanks in part to the unwavering love and support of his best friend, Ellie Turner, Noah survived those years, escaped his uncle, and grew into the man he is today. Now he runs his own business and lives a pretty normal, no-nonsense life—one where he maintains a high level of control.

Georgina is Ellie’s younger sister. Four months ago, Noah saved Georgie’s life, but he thought that was where his involvement with his friend’s sister would end. Now Georgie has returned home from the recovery facility her parents sent her away to and Noah, still haunted by the night that connects them, can’t stop himself from continuously trying to protect this girl he barely knows. But is he willing to give up all of the control he’s worked so hard to build in his life and risk everything for her? Even more importantly, would she do the same for him?

A Mother’s Choice: A gripping story of love, friendship, and family secrets 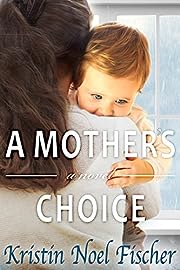 For thirty years, Nadine Kingsley has kept a heart-wrenching secret. When a letter arrives threatening to reveal the truth that could destroy her tight-knit family, Nadine embarks on a difficult journey to explain her painful decision, especially to her youngest daughter, Autumn.

Meanwhile, Autumn Anderson, Speech Pathologist and mother of two, is struggling in her marriage. The discovery of a troubling letter addressed to her mother disrupts her already complicated life, leading Autumn to question what she’s always believed.

When the unthinkable happens, Autumn digs deeper into her family’s past and unravels a tangled web of lies and deception surrounding her own birth. Meeting the one person her mother entrusted with her secret brings Autumn face to face with an unexpected and shocking revelation. 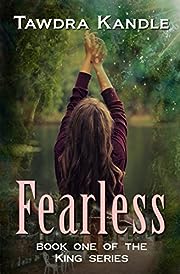 Every gift has consequences . . .

Tasmyn Vaughn didn’t expect much when her dad’s job moved them to a small town in Florida; it was just another new school. But King is a town founded by magic and steeped in mystery, and soon Tasmyn’s ability to hear others’ thoughts is the least of her worries.

There’s Ms. Lacusta, the science teacher who just might be teaching more than chemistry, and then there’s Nell Massler, the ultimate mean girl whose extracurricular activities include blood rituals. And she wants Tasmyn’s blood next.

Save Tomorrow is a series of paranormal romances that begins in the small town of King, Florida, winds through the Serendipity and Recipe for Death books, and finally culminates in Age of Aquarius, the inevitable showdown that ties all the characters together in a fight to stop the ultimate evil. 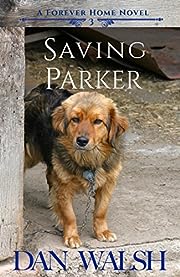 After years of abuse and neglect, Parker is found chained in a junk-filled backyard after a drug bust. The little guy’s terrified of people. Officer Ned Barringer brings him to a nearby shelter for medical care. When Ned learns how hard it is for dogs like Parker to get adopted, he must do more. He’s also instantly taken with Kim Harper, one of the shelter managers. She offers to train Parker for free. Ned instantly accepts. That same day, he meets his next-door neighbor, a ten-year-old boy named Russell. Russell is hiding a black-eye, compliments of two bullies at school. This angers Ned. He suffered the same fate as a child. It’s the main reason he became a cop. But what can he do? When a near-death tragedy occurs, what role might Parker play in bringing these three lives together? 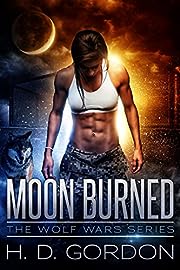 Shift, Fight, Survive—Those are the rules of The Ring. Two wolves enter, one wolf leaves.

My name is Rukiya Moonborn. I am a slave, a werewolf whose master forces me and many others to fight to the death for the entertainment of the wealthy.

Named ‘Dogs’ after the lesser beasts, wolves like me live short, violent lives. The masters dangle the illusion of hope in front of us by insisting any wolf who survives 100 fights in The Ring can win his or her freedom.

I am on my eighteenth fight against the West Coast Champion—the biggest she-wolf anyone has ever seen. As if this weren’t enough, I find a wolf pup who is destined for slavery as a Dog, and help the child escape the master’s clutches—a crime easily punishable by death.

When Ryker—the master’s handsome right-hand—catches me in the act, I embark on a journey that will be the ultimate test of my courage and strength. 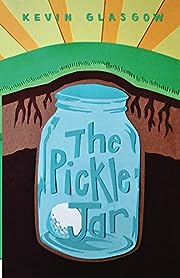 Since the fire, twelve-year old Charlie Stevens hasn’t had an address or phone number—which he needs to keep very quiet. Determined to preserve his Uncle Jeb’s dream, which means paying his own tuition, he supports himself with odd jobs and as a caddie. On the golf course he discovers his special gift and gets a shot at being part of the 1985 U.S. Open in Detroit. Follow this fast paced, heartwarming story of a determined underdog and the cast of characters he meets along the way. 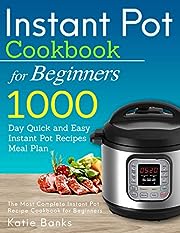 New to Instant Pot Cooking? Well, here you will find the detailed instructions summarized to understand the basics of your favourite kitchen tool. Whether you are a complete beginner or an advanced user, you will make great use of this cookbook and the recipes in it.

What will you find it this cookbook?

An Instant Pot Cookbook for Beginners
Together with detailed instructions on how to start using your Instant Pot, you will find mouth-watering recipes that are very simple to make. Just get your Instant pot ready and let my cookbook guide y our through the simplified steps required to cook each meal.

Detailed Nutritional Information
All meals included nutritional information, which will make it ideal to organize how many serves you want to cook, depending on how many people are going to enjoy the delicious meals included in this Instant Pot Recipe Book.

The in-depth nutritional information will be useful also if you are following a diet or simply want to check your daily calorie intake in check.

A wide variety or recipes for all tastes
You will never get tired of the variety of recipe included in the cookbook, here below you can find some examples, but the diversity and variety are not limited to it:

I hope you will enjoy this ideal Instant Pot Cookbook for Instant Pot Beginners and Advance users.

Now… get to the kitchen and start cooking! 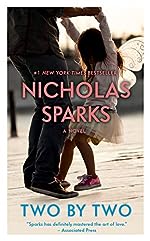 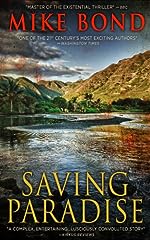 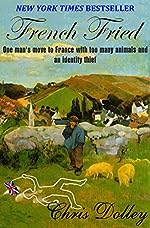 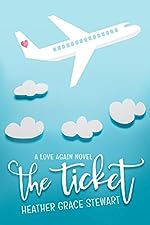