Surrender To The Cyborgs (Interstellar Brides® Program: The Colony Book 1) 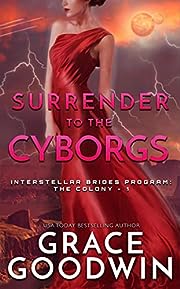 Wrongly imprisoned whistle-blower Rachel Pierce would rather take her chances with her court appeal than accept her place as the first Interstellar Bride destined for the Colony. She’s stubborn and determined to seek justice—and her freedom—on Earth…but her mates are not willing to risk her life or her future on a system they believe to be both primitive and corrupt.
Maxim of Prillon Prime fought ten long years in the Hive wars. Captured and tortured with his second, Ryston, they escaped only to be rejected by their own people and condemned to life on the Colony with the other “contaminated” cyborg warriors. As leader of Sector 3, it’s Maxim’s duty to set an example for his warriors and summon a bride. When she refuses transport, he can’t allow her rejection to demoralize an entire planet of battle hardened but jaded warriors. Maxim and Ryston transport to Earth where they decide she’s theirs and a maximum security human prison will not keep them apart.
Getting Rachel to the Colony is only the first challenge they will face. Convincing their beautiful mate to surrender to not one, but two dominant warriors is another. Even if they can win her love, a new evil is rising on the Colony and someone close to Maxim will be its first victim. Maxim will be its second, unless Rachel’s love and relentless pursuit of the truth proves strong enough to save him. 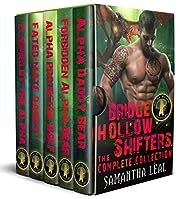 With a six week break to fill and plenty to run from, timid teacher Amanda decides it’s time to break the mold and go on a random road trip with her best friend to the mysterious town of Bridge Hollow.
Bridge Hollow is famous for its strange happenings and shifter legends, but skeptic Amanda just wants to chill out for the summer and catch her breath after a particularly rough breakup.
But of course anything she gets involved in is bound to be “complicated”, and this town – and town alpha Dean – are no exception. From a wildlife die off to the volatile locals tempers flaring at the slightest provocation – there is definitely something strange going on in this paranormal tourist trap.
As Dean pulls his pack together to avert a firestorm, will Amanda be his ‘ace in the hole’ or a weakness he can’t afford?
From here we are launched into the start of an adventure that will span 5 books…and five hungry alphas, and the 5 women they mate as they all fight to unravel the mystery of Bridge Hollow…and ultimately fight for all of their own very survival…
A town of mysteries and the answers to some of these questions await you…
This Collection includes:
-Alpha Daddy Bear
-Forbidden Alpha Bear
-Alpha Protector Wolf
-Fated Mate Daddy Bear
-Claimed by the Alpha Dragon
Also included is a short preview of the Shifters of the Wellsprings… 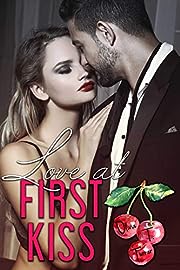 It was only supposed to be one night.
A thousand dollars to pretend to be Nolan Cline’s girlfriend.
How could I say no to that?
I was probably the only virgin escort on the planet, but Mr. Cline didn’t have to know about my lack of experience for the job.
All I had to do was hang onto his arm, smile, and look presentable to the rich CEO billionaire’s friends and coworkers.
It was all great until I saw the possessive and territorial look in Nolan’s eyes when he first spotted me in my red dress…
Then, I knew that there wouldn’t be any pretending between us.
It started in the limo… it continued at the gala… until we were so consumed with need for each other that I ended up looking anything but presentable.
I might have been the first virgin escort on the planet at the start of the date…
But I definitely won’t be by the end of it. 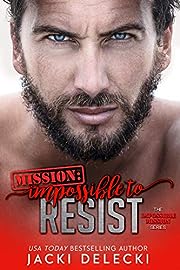 Delta Operator Aiden Foster was more than willing to do a favor for his buddy, but why did it have to be guarding a spoiled debutante? Aiden has zero interest in babysitting a rich girl for a week, but when he meets the reserved scientist, his opinion does an about-face. When Chinese terrorists kidnap Jordan’s sister, it’s assumed the girls’ billionaire father will be asked for ransom. Instead, the kidnappers want something that could lead to an international disaster. Once Jordan and Aiden discover she’s been betrayed by someone close to her, there’s no one to trust but each other.
With Daddy’s money, life could have been one continuous party for Seattle socialite Jordan Dean. Instead she chose college and a career. She doesn’t have time for love or men—not with work and the responsibilities of raising her younger sister. But when her sister is kidnapped and a sexy Special Ops bodyguard is suddenly thrust into her life, Jordan must let go of her tightly controlled world and accept help from the one man who poses a huge risk to her well-guarded heart.
Time is already running out, but when Jordan is taken hostage too, Aiden is faced with near impossible odds. Can his beautiful woman use her brains to keep herself and her sister alive long enough for him find them? 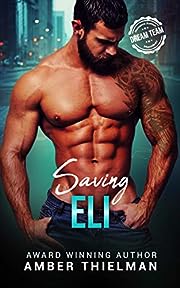 Kasper Hill is a wife beater. A corrupt cop. A relentless, cruel man.
He might think he’s above the law, but I beg to differ. As a social worker, I don’t carry a gun. I don’t have mobster connections. But I have something he’ll never have—integrity and true courage.
When Kasper Hill’s wife ends up in the hospital, claiming she fell down the stairs, I swear to do whatever it takes to protect her and her young daughter from the monster in their house.
Knowing that Hill is two steps ahead of me, I search for a cop who is both ethical and fearless.
That’s when I meet Eli. Handsome, honest, and charming, he’s still recovering from his wife and son being killed in a home invasion, yet he’s willing to help me despite the detriment to his own career.
My gratefulness turns soon to more. It’s impossible to resist Eli. I want him. I need him. With him by my side, I feel like I can do anything.
Together, we dig up evidence on Hill. He’ll pay for what he did to his wife, and his young daughter will never again quiver in fear.
By making our move against dirty Hill, Eli and I are risking everything. If we fail to put Hill behind bars, he’ll crush us. But giving up is not an option. Eli and I will fight for justice until the very bitter end. 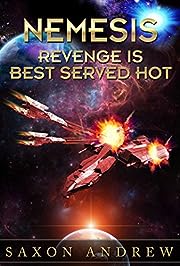 Two genetically modified human babies have been taken to the Choten-Zan Monastery to be raised to adulthood. The ancient priests have agreed to teach them their best hand-to-hand combat techniques and develop their speed and reflexes. The two children are sent away on their eighteenth birthday with a small warship and space armor that was left for them by the one that delivered them to the Zan.
That’s all they received when they left the Monastery and they do not know who they are or where they were born. They kidnap a Werstag Engineer on a planet where they are attacked by hundreds of Yellow Armored Warriors. He tells them that they are a species called human and that their attackers are from a civilization that destroyed their home world. Grant and Cinny decide that Earth’s destroyers must pay for their crime. But first they have to find an invincible warship named Orion’s Sword to make that happen.
The Werstag tells them that they were created to be the Orion’s pilots and the Yellow Species knows the danger they represent. It’s a race to see if the Raiders can kill the two before they find the most powerful warship in the universe. 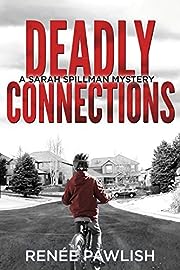 A missing boy’s body is found in a dumpster in a seemingly idyllic Denver neighborhood, and the list of suspects includes the boy’s mother and father. Sarah barely begins her investigation when a man who lived nearby is also discovered dead, an apparent suicide.
Sarah continues to dig deeper, looking for a link between the two deaths, only to find the lies are piling up.
Everyone has secrets they don’t want exposed, and she must unravel the deadly connections between her suspects to find a killer. 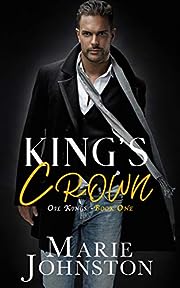 AFTER LOSING MY JOB and my home in the same day, I need a miracle. And that miracle is coming in the form of an interview with the son of a local oil baron, Gentry King. The catch? I have to hop on a private jet with said gorgeous oil baron to get to the interview.
Except, I miss the interview when we get waylaid by a snowstorm. Now I’m stranded with Mr. King. In the same hotel room. With only one bed.
I’VE MADE A PROMISE TO MYSELF—no more women. It’s not like I’m a love ’em and leave ’em kind of guy. They all know the score, and they’re all looking for the same thing I am. But I have to set a better example for my grown sons, who seem to be making all the wrong decisions when it comes to their relationships.
The last thing I need is to be stranded in a snowstorm with Kendall, twenty years my junior and unintentionally sexy. We’re stuck in very close quarters. With no electricity. And no heat other than what we can generate… 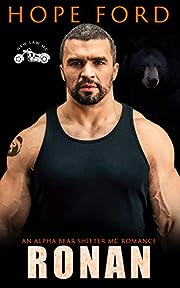 She’s searching for freedom and he’s the one to give it to her.

Bree
I never knew how much I needed my freedom until I moved to the Klamath Mountains. I was ready to get out on my own and let my bear run free.
But when I have a run-in with the Eater Motorcycle Club it could have went really bad if my cousin, who is part of the New Law MC, hadn’t shown up.
Now, I’m under New Law’s protection, and after pissing off the dangerous high-ranking member of the rival club – I’m going to need it.

Ronan
She rides in on Sayer’s bike… and I don’t like it.
She needs the club’s protection and my instant attraction to her won’t let me say no.
When the Eater’s come for her, and I know they will… I’ll be ready.
Because this Bear is mine. 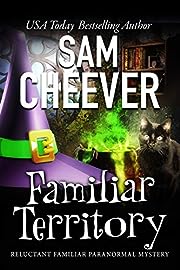 For centuries her family has worn the badge of Familiar proudly, serving a long line of powerful Witches and becoming as formidable as the ones they served. But L.A. doesn’t believe she needs a Familiar alliance to be strong.
Until people she cares about begin disappearing…turning up dead.
Until a powerful and handsome male Witch walks into her life and forges an inadvertent magic bond while trying to save her life.
Now she finds herself in exactly the position she never wanted. But she quickly realizes she can’t save her friends and family alone. So it comes down to losing her independence or watching everyone she cares about die.
Will L.A. find a way to keep her independence and still save the people she cares about most? Or will her burning need for freedom be the cause of their deaths?

Just in Case You Ever Wonder Educator’s Guide 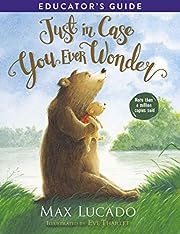 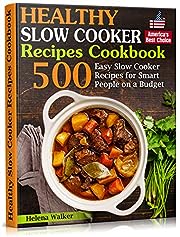 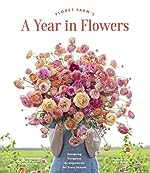 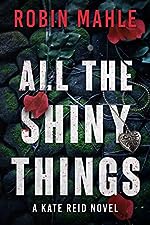 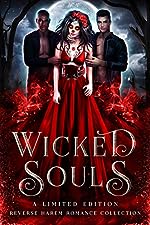 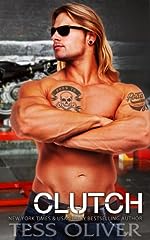 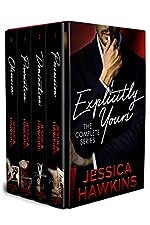 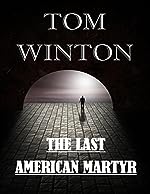 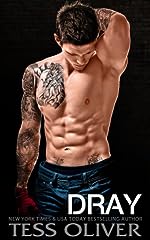 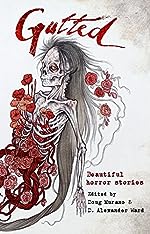 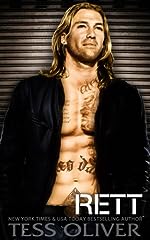