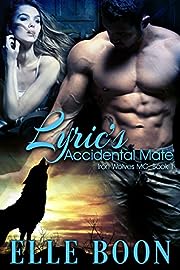 A tough as nails soldier and a bad girl on a motorcycle with a bite…when they collide, everything changes.

A WOMAN IN NEED OF SAVING…

Lyric Carmichael is a shifter in trouble. When a pack of rogue wolves attacks her, she knows she will have to fight for her life. Being a member of the Iron Wolves MC and a wolf shifter, she’s used to fighting, with the odds stacked against her, she’s not sure she’ll make it out alive.

A LOVE BEYOND REASON…

As Rowan and Lyric explore their new relationship, the danger to the pack intensifies. When they find out one of their own has betrayed them, the strength of the entire MC is needed in order for them all to survive the upcoming battle. 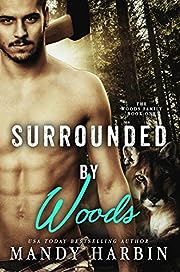 When Mikaela Patterson must take on a client with specific requirements that no single women be allowed on his property, she keeps her broken engagement a secret. She doesn’t realize her client and his sons are mountain lion shifters whose instinct to mate with any available woman turns deadly.

Josh Woods is her client’s eldest son, and he is immediately drawn to Mikaela. Knowing his father would never allow an available woman on the property, Josh doesn’t understand his fascination with her. Josh and Mikaela fight their attraction because of their own secrets, but when the truth comes out about Mikaela’s true availability and Josh’s animal instincts, they must be prepared to face the consequences. 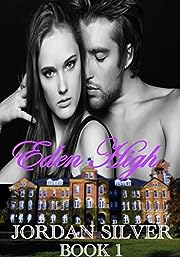 Sian Claiborne is not a happy camper. Just when she was getting into the groove of high school hijinks, her parents decides to pick up stakes. Now the popular cheerleader is off to the ritz and glamor of the Hollywood Hills, where her new school is home to the offspring of Hollywood’s elite. Determined to hold her own, she befriends one of the school’s outcast on her first day, thus drawing a line in the sand between her and the ever popular ‘Mean Girls’. Little does she care, until she claps eyes on Jace Saunders and almost loses her pompoms.

Of course the head cheerleader already has her eyes among other things set on Jace and lets Sian know in no uncertain terms that he’s off limits. What’s a girl to do when the first guy to make her heart go pitter patter seems to already be taken? 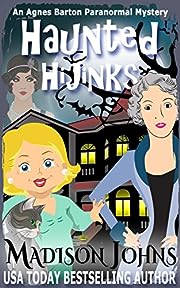 Ever since Agnes’ car accident, things have changed drastically for her. When she wakes up in the hospital, not only is her son Stuart there, who she hasn’t seen in years, but a ghostly apparition!

Instead of getting ready for the loony bin, Agnes and Eleanor help ready the Butler Mansion for a grand opening as a bed and breakfast on Halloween, except they find the body of Katherine Clark. It’s game on, as usual, for Agnes, except she now has a new partner, one who has remained silent and is—well—a ghost.

Agnes now struggles to keep her wits, keeping her ghostly companion a secret from Eleanor, not such an easy feat since Eleanor is sharp as a tack. Not only that, but where has Stuart been all of these years and what is he up to? 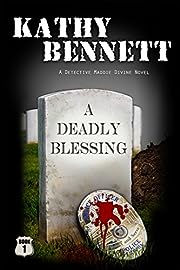 The daughter of the governor of California is kidnapped, and LAPD Detective Maddie Divine is under the gun to find the critically ill teen before time runs out. With Maddie’s marriage hanging by a thread, she follows the trail from the glamorous governor’s mansion to the darkest heart of the city where gangs and organized prostitution thrive. She discovers her high-profile case comes with secrets on every side: cops, politicians, even the innocent. The only question is whether she can uncover the truth in time and whether or not her marriage can survive the investigation.

Retired LAPD Officer Kathy Bennett tells a lightning-paced story of suspense that will keep readers on edge from beginning to end. 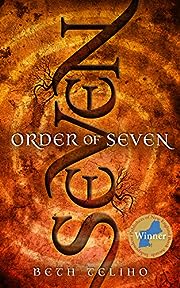 Eighteen-year-old Devi Bennett is surrounded by mysteries: her unknown heritage, a recurring dream about an African tribal ceremony, an inexplicable attachment to a certain tree and a psychic ability she’ll never understand—unless she finds her biological parents.

Things take a shocking turn when she meets Baron, an intense and alluring energy healer who receives prophetic dreams which all seem connected to her. Devi must rely on an empath, a seer, and Baron to help research her roots to discover who she is and what she is capable of. But when Baron’s visions lead to an ancient legend which may link to her birthright, Devi learns her gift is more imperative than she thought imaginable.

Equal parts suspenseful and sexy, philosophical and adventurous, Order of Seven delivers a story that will leave you questioning everything you thought you knew about the hands that carry fate.

The Road That Leads To Us 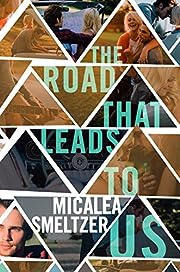 Things are about to get rocky for Dean Wentworth and Willow Wade.

Willow Wade is used to living in the spotlight, with her father a famous drummer in the band Willow Creek—her namesake—it’s been a lot to live up to and oftentimes she doesn’t feel she’s enough. But there has always been one person she could turn to.

Dean Wentworth knows a thing or two about how crippling a name can be. His family is worth billions after all. But Dean’s always been content to do his own thing. Play his guitar. Work on cars. And geek out to his various “nerdoms”.

But when Willow turns up unexpectedly, he realizes maybe there is more in life he wants.

One trip will change their lives forever. 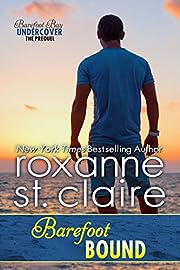 Former spy and current bad boy Gabriel Rossi is headed to Barefoot Bay to start and run a new covert operation, but before he goes, he has some business to take care of up in Boston. Family business. With the Rossi and Angelino family, that means there will be laughter, love, food, and forgiveness…and the possibility someone is in danger.

On the eve of his departure, Gabe learns that his grandfather, Nino, might be in some serious trouble. Gabe will stop at nothing to help the man he considers his best friend, even if that means risking his own life to save Nino’s. But even Gabe might not be sly and smart enough to protect Nino from the one thing that could really hurt this sweet old man…a broken heart.

So, before you slip off your shoes and go all the way undercover, get to know Gabriel Rossi, the hero at the heart of Barefoot Bay Undercover.

Love And A Thug: A Hitta’s Love Story 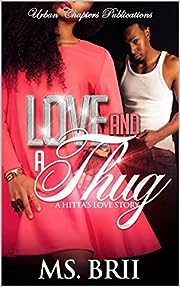 Trigga and Truth are young bosses, who have taken over the streets of Chicago. Niether are looking for love until they cross paths with Asia and Cedes.

Trigga is a hard body, shows no emotion type of guy. He lives life going woman to woman. He continues to stack his money and live by the code: “We don’t love these hoes.” When he meets Cedes, everything changes and the code flys out the window. Cedes isn’t his average type of female. She lives by her own code: “We don’t trust these niggas.” She posses boss mentality and a street demeanor. Being the hottest tattoo artist in the city, Cedes just wants to run her business and stack her bread as well. When she meets Trigga she trys to run the opposite direction but finds herself in his arms over and over again. With the same personalities, these two attract but there’s only room for one boss. Will Cedes allow Trigga to do that, without intervening?

Truth is a big hearted, gentle and a humble thug. Being in the streets, he only has time for one female in his life. His baby girl, Talia ,is his pride and joy. With a crazy baby momma like Raquel, he doesn’t even try to be with another woman. The day he meets Asia is like love at first sight. He goes against his word and wife’s her anyway. Asia is one of the best realtors in Chicago. Fresh out of college, she’s just getting her business off the ground and has no time for a man. When she meets Truth she falls hopelessly in love and even accepts his child as her own. Asia’s living her life like it’s golden until Raquel shuts that all down. This unlocks a beast inside Asia that she never knew she possessed. Will she be able to be with a man who has a crazy baby momma?

Maurice wants to be King of Chicago but two people stand in his way. He plots and plans until he meets someone who wants them just as bad as he does. With this person’s help, he can definitely take over now. Maurice thinks he’s got it all figured out but will he really come out on top?

SOLDIERS AND MARINES (The Soldier’s Wars 1) 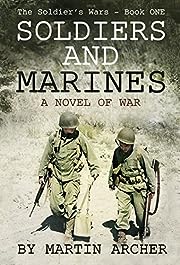 This is the first of five novels about the life and times of a combat soldier from his youth in the Korean War to his middle age in Vietnam, Afghanistan, Iraq, and elsewhere in wars yet to come. It is fast paced and action-oriented as casualties and a willingness to sign up for additional front line tours and new wars result in Roberts shouldering responsibilities far beyond his years. Fans of WEB Griffin, Larry Bond, and Harold Coyle will enjoy this great addition to military fiction. 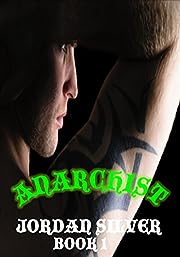 Law Daniels is an ex army sniper who’s come home to the Western town of Starling Wyoming to bury his family, who has been slaughtered and burned out for the land that has been in the Daniels family for generations. The local sheriff is on the take and refuses to do anything to catch the man responsible. The wealthy and unscrupulous Royce Davis.

Now Law finds himself the head of a band of disgruntled residents who have somehow decided that he should be their leader in chief.

He isn’t really interested in anything else but seeking vengeance for the blood of his family, but somehow he keeps getting sucked in. Now he’s faced with the care of the young girl that crawled onto his place in the early morning hours after being worked over pretty good.

He can’t turn her away, but can he resist her while he tries to protect her? 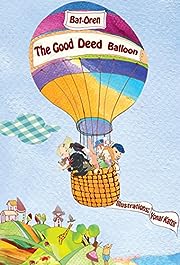 .How would you like to get an adventure ride in a hot air balloon?
The “Good deed balloon” is Bat Oren’s second children`s book.
In this amusing tale, some animals and humans try to get a free ride in a very special balloon by telling about the good deed they have done.
Do you think you deserve to join them in their adventure?
This bedtime story book teach kids the value of doing good deeds and is suitable for early readers too. 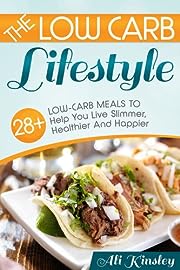 Learn The Secrets to A Successful Low Carb Lifestyle…

So you’re hearing the words “low-carb” everywhere; on the television, in the newspapers and your colleagues have started talking about it too.

Do you ever find yourself wondering what low-carb actually means? Or are you one of those people who are planning to embark on the low-carb journey? Well, look no further then!

This eBook is your handy guide to the low-carb diet:

After reading this book, you’ll gain the proper knowledge and power to help you become slimmer, healthier and happier! 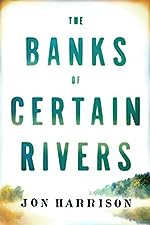 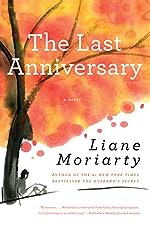 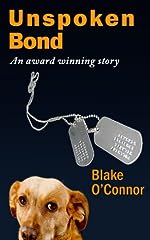 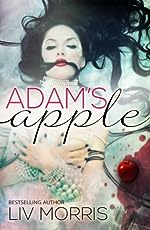 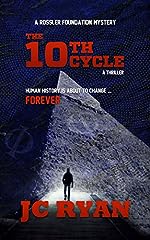 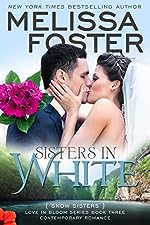 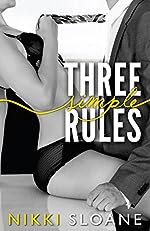 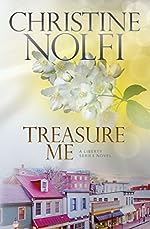 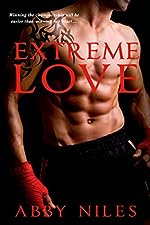 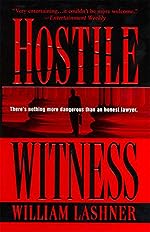 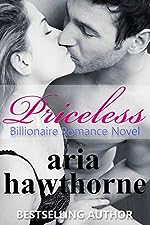 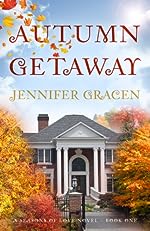 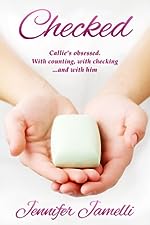 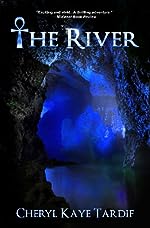 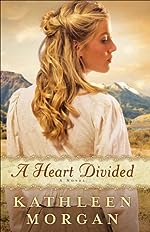 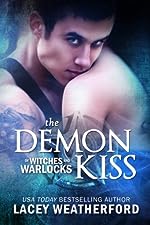 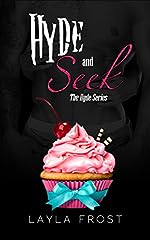