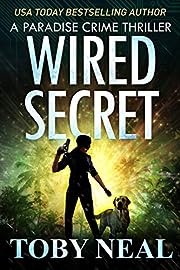 Palm trees, volcanoes, and black sand beaches are the backdrop for murder as security specialist Sophie Ang, and her dog Ginger, are swept up in a multi-layered case on the Big Island of Hawaii working with a US Marshal to protect an important witness. A ghost from Sophie’s past returns to haunt her, and a love triangle tears at her heart. Sophie will need all of her friends, lovers, tech-savvy, and skills to stay alive…and that’s just her day job. 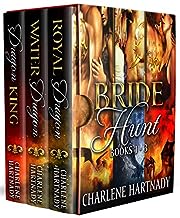 Dragon shifters are a dying breed. There are so few females left that if drastic measures are not taken, and soon, it’ll be over for the species. The threat of extinction looms.
King Blaze finally accepts that there is no other option but to evoke an age-old tradition.

The eligible dragon shifter males must hunt a handful of females. It’s first catch, first serve. The biggest problem is that the females are human. Despite feedback to the contrary, Coal thinks they are weak and breakable. In his opinion, not capable of surviving the hunt, let alone the mating that will follow. He doesn’t believe that a lowly human is capable of birthing him a royal heir, so why has his brother, the king, tasked him with claiming one?

He can’t believe this is happening to him. Especially when most of the males in their tribe are willing to accept one of these puny females. Not him. He’s never rutted with one and doesn’t have any desire, whatsoever, to rut with one in the future, let alone mate and impregnate one. Claiming one of these females will not be an easy feat considering there are three other dragon tribes vying for the opportunity.

How the hell is he supposed to do all of this when he doesn’t want to come within a mile of one of these unsavory creatures?

Torrent took part in the much-anticipated hunt. Luckily, he managed to secure himself a female. Although the human was not his first choice, she’ll do.
A fertile female is a fertile female after all. An heir is what he needs and an heir is what she’ll give him. In return, she’ll get to be queen of the water kingdom.

What more could a female wish for?

Candy is hunted like an animal and won by an arrogant shifter who doesn’t even want her. She doesn’t care that he’s a king. So what if he’s really good looking and that underneath all that bristling, alpha male is a sweet guy. Although sweet is probably not the right description for the savage, water king.

The only thing he’s interested in is mating her, so that she can pop out lots of dragon shifter babies. Well, no thanks! She’s not interested. As soon as she’s able to get that through his thick skull, she’s out of there. Torrent promised her she could leave if things didn’t work out between them and she plans on holding him to his word.

Blaze has loved and lost before. He’s been down that slippery path before and never wants to go there again. Especially not with a human.
It’s a great pity that he has no choice. The problem is that he’s the Fire King, ruler of all four kingdoms. Blaze is expected to have heirs. The sooner the better. He’ll have to take a human as his mate, one that will bear his young, but he doesn’t have to love her. Blaze plans on handling it like a business transaction. No love, no emotion, no problem. 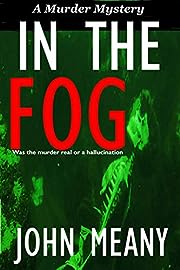 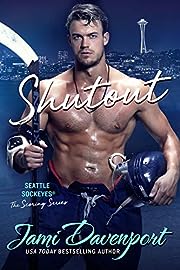 Hockey isn’t forever.
The money, excitement, and glory of being a professional hockey player meant more to me than a family, a home, and a forever. Another man has my forever, and I have hockey. I thought making the big bucks and playing against the best in the world would feel better than this. Instead I’m empty and hollow, like a big piece of my heart was hacked off. There’s something missing. Something big. Something I can never get back.

I loved him, but he wasn’t the love of my life.
My husband died too young, too suddenly, too tragically. I was unprepared with no education, no job skills, and no future plans. When a DNA test reveals my twins’ true parentage, I have no choice but to do the right thing. I turn to the one man who’d turned his back on me all those years ago.

I’d been shutout from his life, and I’d shut him out from mine. Can two strangers make a family? Do we have what it takes to forgive and move on? 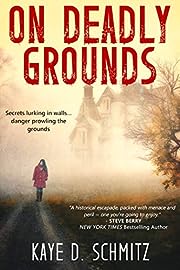 On the eve of an international G7 Summit, event coordinator Mattie Maguire discovers that the venue, a century-old estate close to Asheville, NC, is more than simply a picturesque setting. It is also the center of political conspiracies involving a ruthless Russian spy ring that will stop at nothing to steal the massive fortune they believe to be hidden there. The search intensifies and a rogue Russian agent attacks Mattie’s grandmother, still living on the estate. She hovers in a coma, barely clinging to life.

As Mattie struggles to protect her family and ensure a safe event for the most important leaders in the world, her discovery of a fraudulent heir to the estate puts her own life in danger as well. But when her eighty-five-year-old grandfather is kidnapped and held at gunpoint, her path becomes clear. Despite her fear, she must locate the only person who has the information the Russians seek—the estate’s rightful heir, hidden away for decades after the murder of his father. But will the true owner’s return to his childhood home put his life in danger, too? 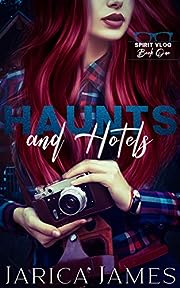 Brea Manley decides to do just that when her vlog takes off. Using the money her stream brings in, she decides to quit her job, fix up an RV, and travel the world doing her investigations.

She’s not just your normal vlogger, though, she live streams her feed, bringing her viewers along with her. So, what does a person film when they aren’t a normal vlogger? Hauntings, poltergeists, and apparitions. That’s right- ghost hunting. That extra pièce de résistance on her feed is what keeps her in the number one spot for most subscribed paranormal channel in the world.

When an invitation arrives for the biggest investigation of her career, she can hardly say no. The grand prize of ten thousand dollars, isn’t something she can ignore. Now Brea finds herself up against the top investigation teams in the country, one of which is her self appointed rival. It might be a problem for Brea since he’s one of the hottest guys she’s ever seen… except the picture perfect fantasy is ruined as soon as he opens his mouth. He thinks she’s a fraud and isn’t afraid to show it, and now that they’re meeting in person, his accusations only get worse.

Between investigating the Finley Lodge, navigating opposing teams, and trying to win the prize, things are about to get…spooky.

Embers Of A Broken Heart 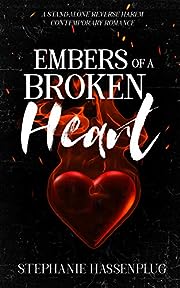 Forced to leave the only home she has ever known, she must finish high school across the country—where she knew no one. While doing her best to move forward, Selby let the outside world believe that she was fine, but grief had destroyed her inside. She vowed to herself to never let anyone in, the pain of losing people she loved cut too deep.

But, everything changed when the Evans boys pushed their way into her life.
Keaton, Breccan, and Calix Evans are some of the hottest guys in school, but mostly kept to themselves. Only they knew why. They were waiting for the right girl—for all of them. One girl to love, one girl that would keep them together.
When they meet Selby, they see a chance to finally have what they’ve always wanted. But, will she be able to get past her pain and sorrow to give this unorthodox relationship a chance? 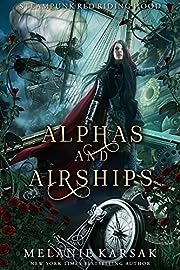 With Lionheart as the new alpha, the streets of London are quiet.
But above the realm, mischief is brewing.
While airship pirates are a common plague upon the kingdom, the Airship Fenrir proves particularly troublesome—especially on a full moon.
Clemeny must take to the skies before these shape-shifting Vikings kick off a new Ragnarok. Easier said than done now that she’s down one good eye, a partner, and not to mention the fact that she gets motion sick.

On top of that, the new scar across her face makes Clemeny feel like she’ll have better luck intimidating her foes than finding a beau. But Agent Edwin Hunter, recently assigned as head of Clemeny’s division, is proving to be an interesting prospect. Despite her apprehensions, it’s up to Agent Louvel to chase Fenrir across the heavens. 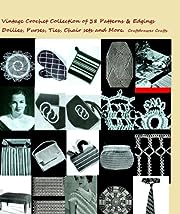 A collection of vintage crochet patterns and edgings including potholders, oven mitt, doilies, purses, blouses and more.
Includes information on crochet stitches and how to make them.
Photos and Complete pattern(s) provided 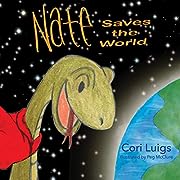 In the middle of the desert a lonely snake named Nate guards a mysterious lever. His days are filled with boredom and he finds himself talking to his scampering dinner nightly. Until Jack comes along and changes Nate’s life.
Jack, an aging talent agent, decides to help Nate become a stand-up comedian. They travel the United States and make tons of friends.
After all of the fame settles down Nate and Jack build a town around the mystical lever where they plan to retire together.
Little did the friends know that their lives would drastically change once they got comfortable in their new home… 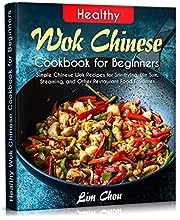 Welcome to your new Asian-inspired cooking adventure!
Here are some of the kind of recipes you’ll find in Healthy Wok Chinese Cookbook for Beginners:
-Dumplings and egg rolls
-Chinese soups
-Vegetables, tofu, and eggs
-Pork, beef, and lamb recipes
-Noodles and rice
-Chicken and duck dishes
-The most delicious fish and seafood recipes 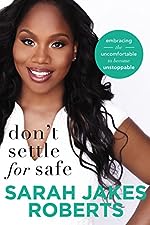 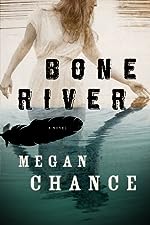 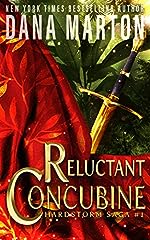 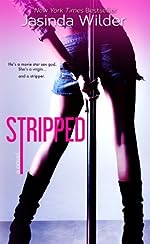 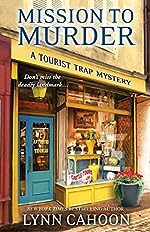 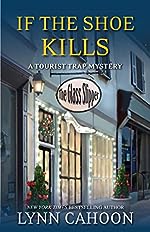 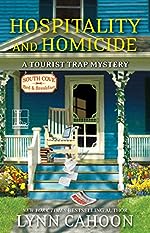 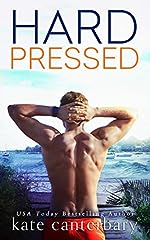 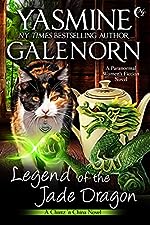 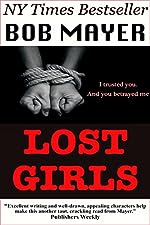 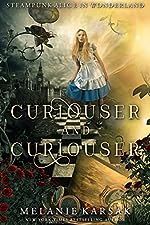 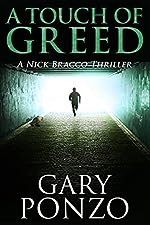 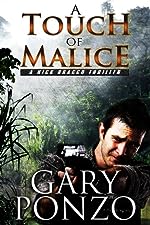 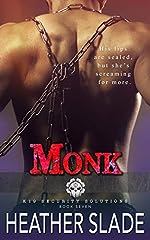 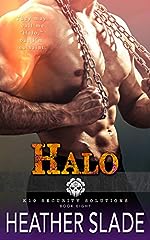 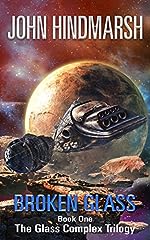 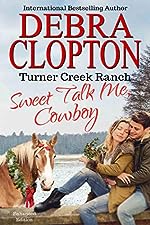 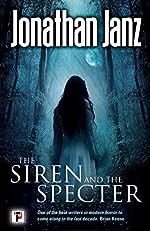 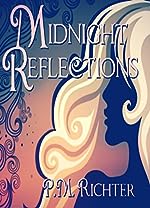