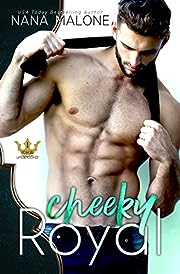 I never wanted the throne…
I have a plan: find my long-lost brother & make him the prince so I don’t have to rule.
The last thing I have time for is my sexy new neighbor. She’s everything I don’t want, sassy, funny and…not available.

All I have to do is not touch her, kiss her or fantasize about…never mind…

It’s not like I have a choice. I can’t let her find out who I really am. And she’s got secrets of her own. 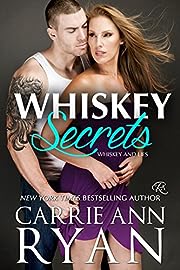 Sparks fly between a former cop-turned-bartender and his new innkeeper in the first installment of a Montgomery Ink spin-off series from NYT Bestselling Author Carrie Ann Ryan.

Dare Collins is a man who knows his whiskey and women—or at least that’s what he tells himself. When his family decides to hire on a new innkeeper for the inn above his bar and restaurant, he’s more than reluctant. Especially when he meets the new hire. But he’ll soon find that he has no choice but to work with this city girl and accept her new ideas and the burning attraction between them.

Kenzie Owens left her old life and an abusive relationship behind her—or so she thought. She figures she’ll be safe in Whiskey, Pennsylvania but after one look at her new boss, Dare Collins, she might still be in danger, or at least her heart. And when her past catches up with her despite her attempts to avoid it, it’s more than her heart on the line. This time, it might mean her life.

Taking It Easy (Boys of the Big Easy) 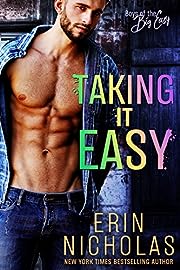 A playboy bartender in the French Quarter, a sassy, single mom, and a one-night stand.

When Logan serves up drinks–and then some–to sassy, single mom Dana, she gets a whole lot more than she was expecting.
As in oops, *she’s* expecting.

And now this notorious bachelor is ready to trade in bottles of bourbon for baby bottles.

Can he convince her that opposites can attract in more than the bedroom? 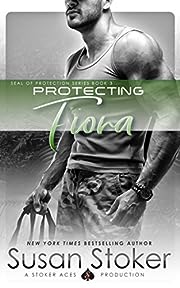 Hunter “Cookie” Knox was good at his job, infiltrating behind enemy lines was one of his specialties. His SEAL team relied on him to do his job, just as he relied on them to do theirs. Ever since two of his teammates found a woman that completed them, their dangerous Ops seemed a bit more intense. Cookie knew if he had a woman who belonged to him, he’d never let her go. Little did he know the SEAL team’s latest mission to Mexico would change his life forever.

Fiona Storm resigned herself to the fact that it was highly unlikely she would make it out of the jungle alive. Kidnapped by human traffickers, abused, and without family or friends looking for her, Fiona knew wishing for rescue was as realistic as having a big, juicy hamburger fall from the sky. Unbeknownst to Fiona, the SEAL team, including Cookie, were on the way, but their assignment didn’t consist of rescuing her. 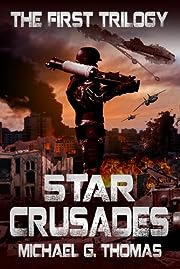 SIEGE OF TITAN
In the first book of the Star Crusades Uprising series, the bloody struggle is told through the eyes of an illegal pit fighter named Spartan, who is forced to choose between incarceration or military service. Choosing the Confederate Marine Corps over servitude he begins his thirty long weeks of training. Together with his group of marines, they are honed into a force ready to be thrown into the meat grinder on the newest and greatest planet in the Confederacy, Proxima Prime. His term of service will soon become one of violence and carnage, as the entire sector is ripped apart by a brutal and virulent religious movement and its shocking plans. 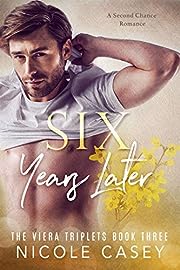 I never gave up on her, and I never will.
Yvette

Six years ago, I walked out on him.
I thought I was doing the right thing.
My mind was on my career. So was his.
We were too young to know sh*t about love and life.
So I took all my stuff and disappeared from his life, leaving him with his broken heart.
I became a junior partner at a law firm to tear married couples apart.
I’ve seen enough to draw this conclusion: true love doesn’t exist.

Now, six years later, Draven is back, working at the same law firm as me.
Sexier than he’s ever been.
Provocative, commanding and more intense.
But I promised myself I’d never fall for him again.

But one glance at his intense eyes and I become weak.
One brush at his arm and I crave his gentle touch…

Now he wants me back – and this is where things really get complicated. 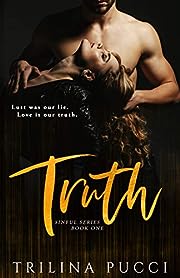 Darker and dirtier than ever before. Trilina Pucci brings you an alpha hero, Dominic King, that breaks the mold. Get ready to swoon.

The moment I saw her, I knew I wanted her.
I just didn’t expect to want to keep her after our one night together.
But she walked away.
She should have known better.
I’m not the kind of man you turn your back on.
I’ll own her.
Consume her.
Make her beg.
What started as one night, will become forever. And I’ll destroy anyone that gets in my way.
Drew Matthews is mine, and I am her King. 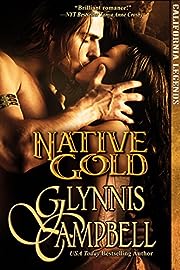 A unique love letter from the author to her Gold Rush home town of Paradise, California — the town lost in the devastating Camp Fire of 2018…

A rebellious artist becomes a Gold Rush mail-order bride, but when fate makes her a widow, she’s tempted by a fierce native in whose arms she discovers a forbidden love.

Mathilda Hardwicke, a rebellious artist rejected by her family and New York society, heads west to Gold Rush California to make a new life for herself as a mail-order bride. When fate leaves her at the altar in Paradise Bar–a ramshackle gold camp full of ragtag miners–she’s sure she’s leaped out of the frying pan and into the fire.

But unbeknownst to Mattie, she has a protector. Sakote, a fierce Konkow warrior, is bound by honor to watch over the white woman. And though his tribe is threatened by the encroaching miners, he’s strangely drawn to Mattie, who delights in making pictures of him and whose destiny seems entwined with his.

When a tragedy at the camp forces Sakote to steal Mattie away, she finds herself in an unfamiliar Paradise of savage wonder, and she soon discovers a forbidden love more precious than gold. 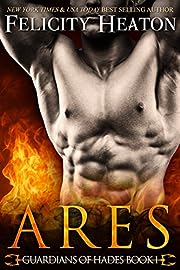 Prince of the Underworld and Lord of Fire, Ares was banished from his home by his father, Hades, two centuries ago and given a new duty and purpose—to keep our world and his from colliding in a calamity foreseen by the Moirai.

Together with his six brothers, he fights to defend the gates to the Underworld from daemons bent on breaching them and gaining entrance to that forbidden land, striving to protect his home from their dark influence. Caged by the manifestation of his power, held apart from those he loves by his own fire and starved of physical contact, Ares lives a cold existence driven by duty and the desire to return to his world.

Until his world collides with a daemon who steals his power and a mortal female who shatters the ice around his heart and awakens the true fire within him—a soul-stirring passion both dangerous and seductive.

Megan has wandered far from her home, driven from everyone she loves by the devastating realisation that she is different to them all. Unsure who to trust in the world, she keeps to herself, until a fateful stormy night brings a temptingly handsome warrior crashing into her life and into her heart—a warrior who seems to hold powers more frightening and marvellous than her own.

When the New York gate comes under threat, and Ares is put to the test, will he choose his duty and regain the power he needs in order to save his world or will he choose the desires of his heart and sacrifice his fire so he can be with the woman becoming his whole world? 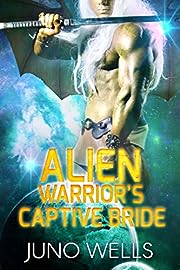 Every now and then, when all the planets are in proper alignment, fate smiles on one lone warrior.

Hope
Earth is no longer able to support human life and trying to scratch out a meager existence is nearly impossible. Hope is reluctantly forced to sign up for the intergalactic brides program. Just as she’s getting desperate, she finds a tolerable species willing to purchase her contract.

Because nothing is ever that easy, her ship get hit by raiders and Hope can’t manage keep her big mouth shut when their alien captors begin tormenting one of the younger women. Jettisoned into space, her one and only chance at survival is in the hands of a Draconian warrior.

Larok
Larok is a lone sentinel, standing guard for his mother ship. When he comes across a frail human queen, his world tilts out of alignment. Saving her means a nasty death if his vicious Draconian queen finds out he rescued her. Risking his own life is one thing, but risking the life of his entire family and small son is another.

Snagging the beautiful human out of harm’s way results in battling against the Draconian fleet, destroying a planet and stealing a wormhole device that’s their only chance at escape. Larok finds himself forced to reach his hand into the dragon’s mouth, desperate to pull victory from the jaws of defeat. By the time it’s all finished, he will either die in the glorious battle of a lifetime or end up mated to the most attractive human female in the galaxy. 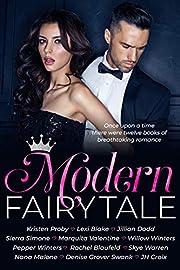 Find your happily ever after in this limited-time boxed set from TWELVE bestselling authors. Modern day Cinderellas, handsome royalty, and business empires run from glass skyscrapers! 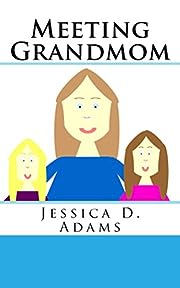 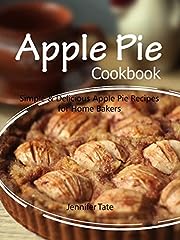 This homemade pie book will serve as an excellent start-point for beginners aiming to grow in the baking business.The apple pie recipes contained in this cookbook are merely unique and unrivaled –there are not easily come by, and with these recipes listed in this book, you can bake sweet-smelling, nicely textured, saliva-dropping cake with hassles! The terms used in the book were communicated in a simple, readable format by the author, with pictures attached to most of the recipes, to boost the reader’s comprehension.Each recipe outlined in this book was carefully researched and well represented, with niceties that give your pies the perfection it deserves. No doubt! The cookbook is sure to make an excellent addition to your cooking collection.Whatever toppings you prefer, however many apples are ideal for you, apple pie is a dish that we all learn to love young and then continue to enjoy throughout the rest of our lives.Share your love of apple pie – and let it grow and blossom further! 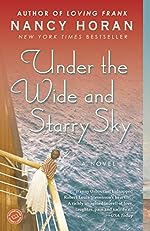 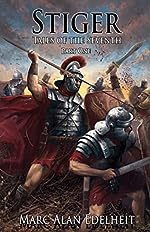 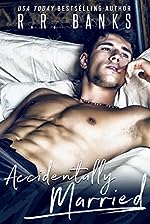 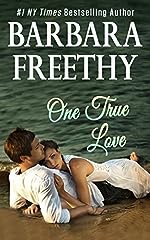 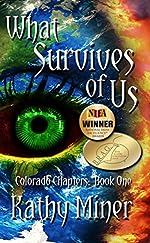 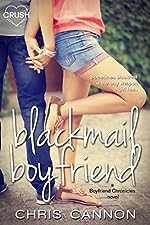 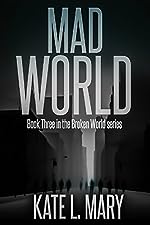 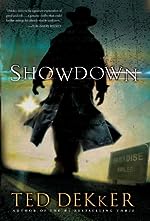 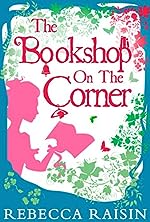 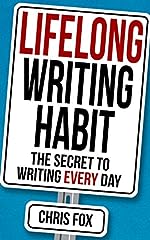 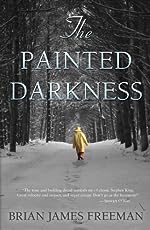 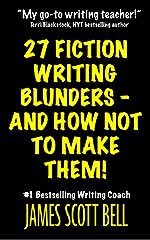