Pursued by the Rake (Season of Scandal Book 1) 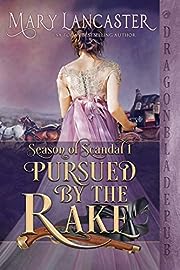 If her reputation is false, is his?

Hazel is ruined. With no money, no near family, and the stagecoach to her old governess’s home vanishing into the distance, she is forced to accept the help of the one man she never wished to set eyes on again.

To Hazel, the handsome and respected diplomat Sir Joseph Sayle is an infamous rake who took advantage of the princess she served. She hates his arrogance as much as his inexplicable effect on her senses. Under normal circumstances she would never have dreamed of setting foot in his curricle, least of all when he was, by his own admission, “not entirely sober” after a night’s carousing.

However, the journey in his relaxed company is unexpectedly fun, and when they reach their destination and are threatened by a parcel of eccentric children with a pistol, he enters the adventure with enthusiasm.

It seems Sir Joe is much more than the man Hazel thought him. Amusing, kind, and passionate, he and his elegant pursuit provide exciting distractions to her woes.

But flirting with him is a dangerous game, and by the time they face the trickster responsible for her ruin, her heart is already lost. 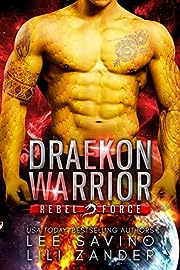 Captured in space. Imprisoned. Sold to the highest bidder.
But my biggest problem is the bossy, aggravating, impossible, alien who’s supposed to rescue me.

The bossy alien I kissed.

Kadir is dangerous. I’ve seen him fight and his body is littered with scars. He’s a soldier. A warrior. And when he loses control, he turns into a big scary dragon and breathes fire.

Everyone’s terrified of him. I’m not. No, call me the biggest fool in the galaxy, because I’m attracted to the big jerk.

When I first met the small human I was sent to rescue, she punched me in the jaw.

And broke her wrist in the process. Irrational woman.

Then she insists that the two of us set out immediately to find her missing friend.

No, what I have to do is get Alice Hernandez to safety.

She’s soft, yet she’s strong.
Fragile, yet so brave.

She’s everything I’ve never known I wanted.
Everything I can’t let myself have.

When the scientists tortured me, they broke me. And when Alice finds out the truth about the fearsome, raging dragon inside me, I will lose her. 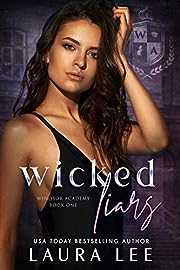 Every last one of them.

The kings and queens of my new high school.

The father and stepmother I never knew.

Each has more wealth and privilege than I could’ve ever imagined.

Each has a pile of wicked dirty secrets they’d do anything to protect.

Too bad for them, you can’t break someone who’s already broken.

Too bad for them, I won’t give up without a fight.

Too bad for them, I’m going to make them pay…even if it’s the last thing I do. 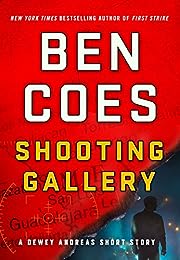 With time running out, Dewey Andreas is the last hope for a kidnap victim.
The US Vice President has a problem. Her son, off in college, doesn’t care for his security detail. So when Spring Break comes around, he slips away from his bodyguard, picks up his best friend, and heads to Mexico. But, at the airport, he’s kidnapped. If an exorbitant ransom isn’t paid in hours, he’ll be killed.

Dewey Andreas, CIA operative and former Delta, happens to be in Mexico, taking some time off. Now he’s in a race against the clock, with a highly-trained group of vicious men waiting at the other end. 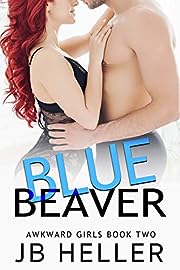 I’m Charlotte, I’m a fashion blogger with Endometriosis. But I refuse to let my life revolve around my endless battle with the demon that possesses my girly bits. I learnt a long time ago how to live a fulfilling life around my disease.

It would just be my luck to find an awesome man when I’m in no condition to do anything about it. Not that I thought I would ever in a million years be attracted to a flannel-clad, llama farmer. I’m a city girl through and through. Me, flannel and llamas do not mesh.

But the guy is basically perfect. He’s tall, built like a greek god and kisses me like he was born to do it.

Too bad he’s currently sharing his bed with Satan’s Mistress—I mean—Delilah, his baby rescue llama. And she hates my guts. 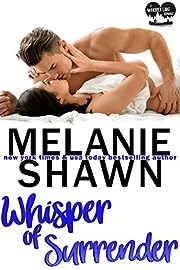 Jessa Meyers never let herself think about forever before her heart transplant. When you don’t think you’ll have a future, it’s too painful to plan for one. But now that the stunning, blue-eyed beauty isn’t “the sick girl” anymore, she’s determined to dream big and make those dreams come true.

Only one problem: every time she tries to dream up her “forever,” all she can seem to think about is Ethan Steele.

Ethan Steele knows that loving Jessa is a probably a losing proposition. She’s made it clear again and again over the years that she doesn’t want his attention.

Only one problem: that’s not what her eyes say each and every time they meet his.

The sexy, brooding U.S. Marshal knows that a plan is the clearest path to success, and he has one: convince her to be his fake girlfriend for the summer.

What could go wrong? 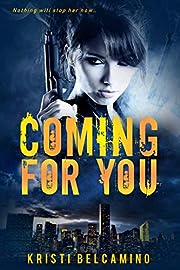 WHAT IF YOU KNEW WHO MURDERED YOUR DAUGHTER BUT THE POLICE DIDN’T BELIEVE YOU?

Sofia Kennedy has spent the last twenty-four years keeping her past a dark secret.

To the rest of the world, she’s a gifted graphic designer, marvelous cook, and doting Minneapolis mother.

But then her world is shattered when her teenage daughter is murdered.

Has her life of lies caught up with her?

Detectives are asking dangerous questions and going after the wrong man.

It’s up to Sofia to find her daughter’s murderer before her elaborate deception is exposed and she loses whatever semblance of a life she has left. 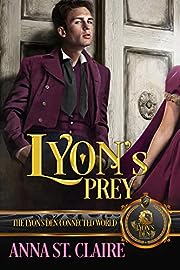 Enter the world of the most notorious gambling den in London, where matches are made… unusually. Welcome to the world of THE LYON’S DEN: The Black Widow of Whitehall Connected World, where the underground of Regency London thrives… and loves.

Haunted by his wife’s death, he vowed to never marry again…until he meets her!

Evan Prescott, the fifth Earl of Clarendon lost his wife during the birth of their child. Broken, Evan seeks solace in the Lyon’s Den, a world of drink, cards, and excess—where wins and losses are easier to navigate than responsibilities. Overconfident and in his cups, he makes a bet that will change his life.

Still mourning the loss of her father and elder brother…

Lady Charlotte Grisham saves her young brother from the path of a speeding carriage. In a fit of pique, she throws propriety to the wind and storms up the steps of the owner’s London townhouse—and meets the man that upends her world.

The stars align when his high stakes bet and her lapse in judgement give the Black Widow of Whitehall the perfect opportunity to spin her web of hearts, while untold danger lurks a step behind.

Can a marriage of convenience give rise to love in time to avoid deadly disaster? 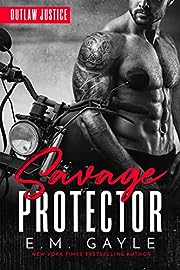 A Marine Outlaw biker, born to protect, trained to kill.
A mafia runaway princess desperate to escape.
When their two worlds collide, it’s like hellfire and salvation rolled into one . . until it turns deadly.

Houston Reed is an irresistible combination of ink, leather and muscle who looks like sex and trouble. But all he wants is freedom from the Sins of Wrath MC.

Isabella is a mere pawn in a bargain struck between two dangerous men, one of whom is her father. To survive, she has to run.

Houston thought he escaped from his past.

Isabella hoped she was running from her future.

That’s the problem with running away. What you’re running from ALWAYS catches up with you. 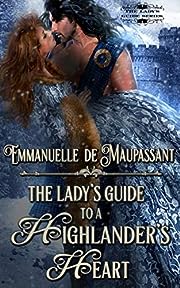 What happens when passion burns as fiercely as her desire for revenge?
Upon the night a knife is plunged into her father’s heart, headstrong Flora Dalreagh flees the forbidding warrior to whom she has been hastily wed.

With eyes dark as midnight and a soul carved from savage steel, her fearsome betrothed seems to care nothing for his bride–only for the lands and title their marriage brings.

Years later, swearing revenge, Flora enters his domain in disguise. never expecting passion to burn as fiercely as her hunger for justice. Though she vows to surrender neither her body nor her heart, she is soon enslaved by conflicting desires.

Meanwhile, the castle walls are steeped in treachery, and her brutal warrior hides a dark secret of his own–a secret which threatens not only the fragile love between him and his bride but the very future of the Clan Dalreagh.

Shrinking the Worry Monster: A Kids Guide for Saying Goodbye to Worries 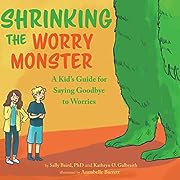 Worry Monster has been whispering mean things to kids and making them feel terrible. Not it is up to Brooklyn and Jackson to discover the monster’s secret—and stop him!
This delightful story contains research-based strategies that kids and their parents can use to overcome worry and fear. An introduction explains how faulty thinking can lead to worry, and three appendices offer the tools needed for reducing a child’s worries. Author Sally Baird, PhD has successfully used these strategies with her clients for over 20 years.

A to Z Baking Breads for Total Beginners 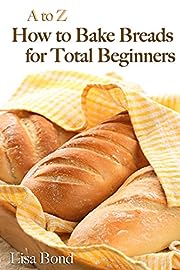 Hot, Juicy, Bread( with butter maybe ), You Can do it Too!

Bread!
We have friends over and want to commune with them; we break bread.
The simple act of showing friendship and fellowship. If we are short
on money, we need to make some dough. The simple start to the bread
making process is synonymous with making our way in the world. If we
find something amazing, it is the best thing since sliced bread.
Sliced bread must have been pretty amazing. Was there anything good
before it? No one will ever know. If we are celebrating, we make a
toast (which I do not think has anything to do with bread, but I was
running out of bread-related things to say.)

Bread
is something we take for granted. It is something which has been part
of our culture for thousands of years. It is a part of our daily
life. We cannot go anywhere without bumping into a slice of bread.
From the humble cheese on toast to the mighty sandwich, to the
fantastic grilled cheese sandwich, bread is everywhere. We cannot
escape it. We will not escape it.

Now
that we have that cleared up let’s talk bread. We all know what
bread is, there is no need to discuss it any further. The real reason
you are here is to learn about how to bake really great bread. Well,
I am going to tell you how, and more. We will start with some history
before we delve into making great bread. From the dough to the
finish, I will tell you everything you need to know about the loaf.
From oven baked to bread maker, we will go through the various
methods at your disposal. From recipe ideas to what you should do
with your stale bread (hint: don’t throw it away), we will learn
about the versatility of this humble yeasty treat. 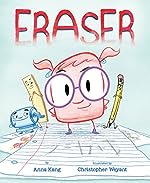 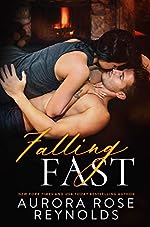 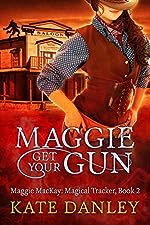 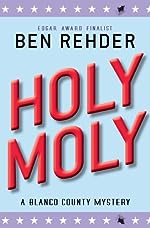 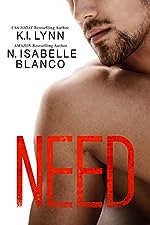 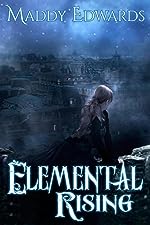 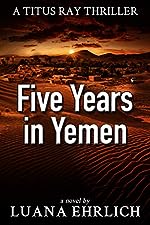 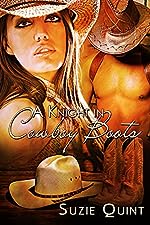 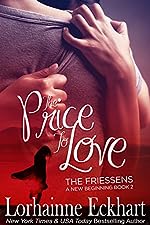 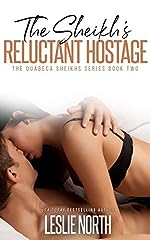