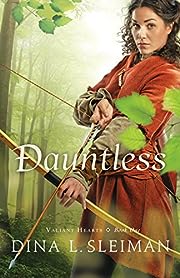 Where Legend and History Collide,
One Young Woman Will Fight for the Innocent

Born a baron’s daughter, Lady Merry Ellison is now an enemy of the throne after her father’s failed assassination attempt upon the king. Bold and uniquely skilled, she is willing to go to any lengths to protect the orphaned children of her former village–a group that becomes known as “The Ghosts of Farthingale Forest.” Merry finds her charge more difficult as their growing notoriety brings increasing trouble their way.

Timothy Grey, ninth child of the Baron of Greyham, longs to perform some feat so legendary that he will rise from obscurity and earn a title of his own. When the Ghosts of Farthingale Forest are spotted in Wyndeshire, where he serves as assistant to the local earl, he might have found his chance. But when he comes face-to-face with the leader of the thieves, he’s forced to reexamine everything he’s known. 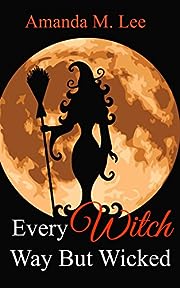 Bay Winchester, editor of Hemlock Cove’s small weekly newspaper, thinks her small hamlet’s upcoming murder mystery weekend is going to be all about fun, food and frolicking. Instead, when another dead body is discovered in Hemlock Cove, things turn into murder, mayhem and migraines (the latter is mostly thanks to her family, of course).

The body belongs to the town drunk – and no one can figure out who would want to kill him, or why. Bay’s investigation is stymied by her new boss, Brian Kelly, and her old flirtation, FBI agent Landon Michaels, both of whom seem to have more than interviews on their mind.

When you couple that with her cousin Thistle’s obsession with making their Great-Aunt Tillie pay for the curse she recently put on them (you don’t want to know) and her cousin Clove’s conviction that she is not – no matter what the rest of the family says – a blabbermouth, Bay has her hands full.

When the murder investigation takes a turn, though, a long-held Hemlock Cove secret is bound to be exposed. If it is, Bay may find herself in trouble – again – and this is the kind of trouble that she may not be able to find a way out of – even with Aunt Tillie’s help. 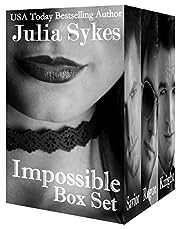 Get three Impossible Novels – Savior, Rogue, and Knight – in one collection! These books can each be read as standalone romance novels.

Savior
I’ve never met a man as dangerous for me as Clayton. The sexy FBI agent wants to enlist my junkie kid brother in his war against the violent Latin Kings. My proximity puts me in the line of fire, but Clayton’s determined to keep me close to protect me.

When I try to push him away, he ruthlessly exploits my weakness: lust. He grants me the sweet release that I can only find in sexual submission, and I am quickly becoming addicted to him.

I am willing and eager to give him my body. But can I do that without putting my heart – and my life – in jeopardy?

Rogue
I can’t afford to make mistakes. When you work for the FBI, mistakes can cost lives.

I have to keep him close in order to uncover his secrets, but keeping him close to my body while guarding my heart is proving more difficult than I ever imagined.

Knight
My captor tormented me until I forgot my own name. Then my new Master came and saved me. He tries to make me see him as FBI agent Smith James, but I can only think of him as Master.

He is obsessed with putting the pieces of my shattered soul back together. He wants to heal me, but I’m scared. If I’m not a slave, he won’t be my Master anymore. I might be a shadow of the woman I was, but without him I would cease to exist altogether.

I’ve found my salvation in his obsession, my freedom in his captivity. If I can make him love me, he’ll never let me go. 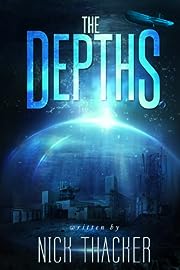 If you’re into the thought-provoking science fiction best sellers by authors like Jeremy Robinson, Dan Brown, Matthew Reilly, James Rollins, and Andy McDermott, you’ll be a fan of The Depths

Jen Adams, a research assistant, finds that her son has been kidnapped and her boss is brutally murdered, she and her computer programmer husband are thrown into a hunt to find out why.

The mystery takes her and a team of British Royal Marines and other scientists deep beneath the Atlantic Ocean — to a forgotten research station buried under five miles of water in one of the deepest oceanic trenches on the planet. The station has been abandoned for over thirty years, and no one knows what to expect when they get there.

As they learn more about the station, however, they find out there’s something the base is trying to hide — something that could prove devastating for the rest of the world… 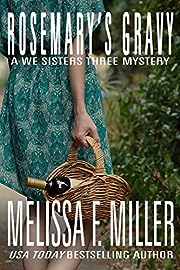 Rosemary Field never planned to work as a private, holistic chef for a demanding vegan actress. But then, plans have a way of going out the window when a girl learns her parents have skipped town, leaving behind a half-million-dollar debt.

She needs the job, so she puts up with her boss’s diva antics and halfheartedly fends off the advances of the impossibly sexy stepson who comes with the high-paying gig. Then someone decides to kill the miserable movie star. It’s bad news for any chef when a client dies from an allergic reaction after eating your cooking. It’s even worse news for Rosemary because the police are determined to charge her with murder.

To restore her reputation (and stay out of prison), Rosemary has to find the real murderer–and fast. Her short list of suspects includes a womanizing race car driver, a powerful music producer, Hollywood’s hottest leading man, and, oh yeah, Felix, the dead woman’s stepson–which gets a little awkward when he and Rosemary start dating.

After a romantic dinner with Felix ends in food poisoning, she finds herself unattached, unemployed, and once again on the wrong side of the LAPD. She knows how to salvage an oversalted sauce, but can she salvage the disaster that is her life? And will the hunky homicide detective help her–or book her?

Thuggin’ At the Altar 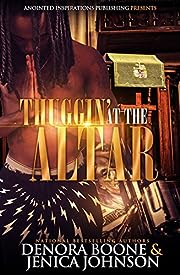 What do you do when your flesh is a part of the streets but your heart is in the church?

Gavon Cunningham aka Gee has been raised by his grandmother ever since his father Alvin, was sentenced to life in prison for the murder of his mother. As much praying as Mama Jean constantly does for Gavon, he never seemed to understand why he was so drawn to the street life. Gavon’s only dream was to get enough money in order to move his grandmother and girl out of the hood.

Chardonnay is Gee’s money hungry and ghetto fabulous girlfriend. Love and loyalty to her man is non existent when it comes to anyone other than herself. When she finds out that Gavon wasn’t bringing in any real money, she links up with someone else to plan Gavon’s demise. What

Chardonnay didn’t expect was for the hand of God to still be on his life while he lived this so called street life.

Enter Gavon’s “ram in the bush” Chasiti. The strong, independent, young woman that loves herself enough to know that she won’t settle for just any old man, but a Godly man. But there is something that Chasiti sees in Gavon and it makes her want him even more. Will she be the breath of fresh air that Gavon needs in order to see the real purpose for his life or will Chardonnay’s plan succeed?

All Alvin wants is a chance to see his only son but even after all of these years Gavon still wants nothing to do with his father. The hate he has is so deep for the man who created him, that it’s enough to cause Alvin to want to end life as he knows it. Will the prayers of his loving grandmother be heard and will he forgive his father after all?

What do you do when the streets keep sucking you in but someone is steady trying to pray you out? No one can serve two masters, either he will love one and hate the other. Which one will Gavon choose and will it be too late?

The Pirate, A Sea Story: Sailing Adventures Aboard Battleships at Sea and in Ports of Call Around the World (The Sea Adventure Collection Book 2) 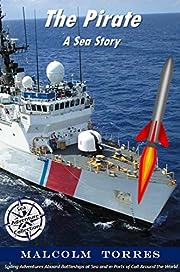 Young deckhand Jack Turner is 45-nautical miles south of Key West, Florida, aboard a Coast Guard Cutter. He’s standing watch as a lookout, searching the open ocean for illegal aliens and drug smugglers. When he spots a speedboat that is trying to avoid detection, the chase begins. This is one of the short stories in The Sea Adventure Collection, by Malcolm Torres. These stories are often free on Amazon, and they can be read in any order. 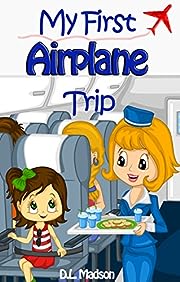 The diabetes education for diabetics and non-diabetics: Made easy for diet plan, cookbook, prevention and more 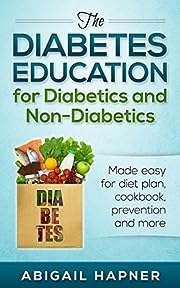 Do you find it troublesome when fixing your own meals?

Do you want to know what to cook for your loved ones who may be suffering from diabetes?

Do you worry about escalating healthcare costs given the nature of high treatment costs of diabetes?

If you answered ‘Yes’ to any of the above, then this book is exactly what you need…

Unlike other guides on diabetes that simply restricts your diet, “The Diabetes Education” will share with you practical tips and resources to help you cope or prevent diabetes… and help you enjoy life at the same time.

It will also share with you 8 step-by-step, mouthwatering recipes you can easily prepare that will even make children crave for the next meal.

In addition, you will also discover:

– A comprehensive yet simple diabetic recipe and nutrition menu for vegans and non–vegans (You’ll wish you had known much earlier!)

– The fast and easy way to prevent diabetes using just an hour a day.

– How to have an enjoyable life with minimal restrictions

Stop wasting hundreds of dollars on expensive healthcare services each year. With this guide, you will be able to save your money, cope better or reduce your risk of diabetes at the same time. 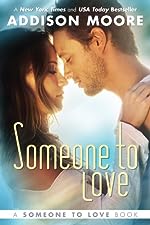 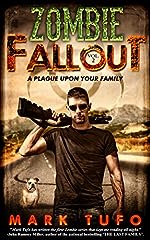 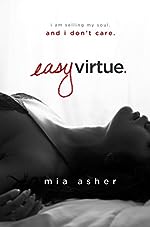 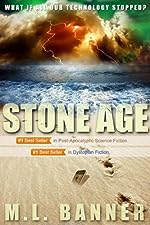 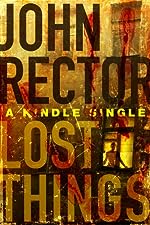 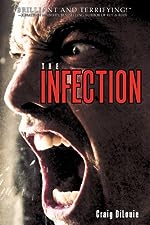 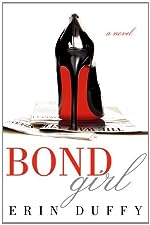 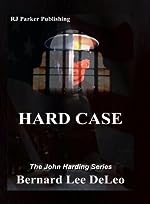 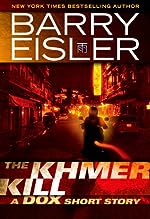 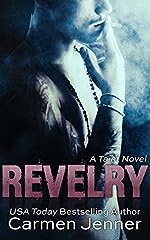 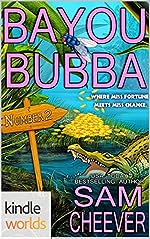 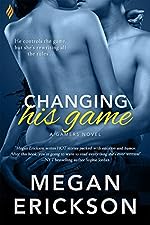 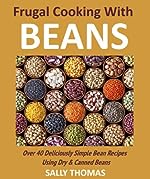