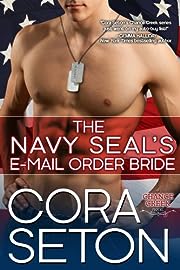 Mason Hall, Navy SEAL, knows all about difficult assignments, but his current mission is one for the record books. Not only must he find a wife—and get her pregnant—or forfeit the ranch his family has prized for generations, he must also convince his three brothers to marry, too—before the year is up. Who knew one city girl and three wayward brothers could put up such a fight?

Regan Anderson can’t wait any longer to meet Mr. Right, so she’s taken matters into her own hands. She’s quit her job, given up her nice apartment and undergone all the preliminary appointments to prepare for artificial insemination. Still, becoming a single mother is daunting, so when she spots Mason’s Wife Wanted ad on the Internet one night, she’s ready for a few laughs. She’s sure the ad must be fake, but when Mason answers back, she soon finds herself wanting more than a long distance relationship.

If Mason can just keep her talking until he makes it home from Afghanistan, he’s sure he can convince Regan he’s her man. But when he whisks her off for a trial run in Chance Creek, they’re in for an unpleasant surprise. The ranch is in ruins, the house has been stripped, and they’re going to have to work day and night to beat Mason’s deadline to win it back.

Can two strangers pull together against all odds? Or is this mission doomed to fail?

The Queen of Swords: A Paranormal Tale of Undying Love 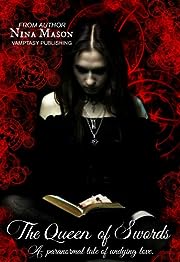 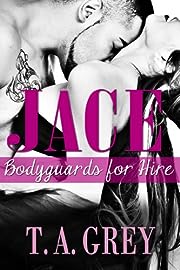 One fateful tail-bender leaves Mara Colgen with a hard-on for Jace Mathews which is not how she anticipated meeting the hottest man alive. Or, rather, one crappy afternoon bodyguard Jace gets a rude awakening when some cutesy blonde rear-ends his beautiful truck. Now he’s really in for it. Mara’s pretty, funny, and has the greatest job in the world…

She is a sex toy operator. 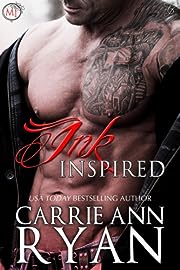 A Special Bonus Prequel to the Montgomery Ink Series

Shepard Montgomery loves the feel of a needle in his hands, the ink that he lays on another, and the thrill he gets when his art is finished, appreciated, and loved. At least that’s the way it used to be. Now he’s struggling to figure out why he’s a tattoo artist at all as he wades through the college frat boys and tourists who just want a thrill, not a permanent reminder of their trip. Once he sees the Ice Princess walk through Midnight Ink’s doors though, he knows he might just have found the inspiration he needs.

Shea Little has spent her life listening to her family’s desires. She went to the best schools, participated in the most proper of social events, and almost married the man her family wanted for her. When she ran from that and found a job she actually likes, she thought she’d rebelled enough. Now though, she wants one more thing–only Shepard stands in the way. She’ll not only have to let him learn more about her in order to get inked, but find out what it means to be truly free. 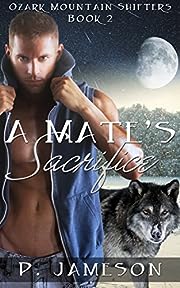 Vesh is a ferocious and cunning guard, and second in command of the Ozarka pack. But he didn’t get that way overnight. The cruelty was bred into him, passed along the generations on his mother’s side. His wolf side. When the alpha sends him to spy on the drifter, Trager, and his new mate, Vesh vows to make their life hell… and possibly steal the luscious Kerrigan away from a wolf who isn’t good enough for her. His plans fall to pieces when he comes face to face with the bold and lovely Braeh, who by some ironic twist of fate, is not only Kerrigan’s sister, but his mate.

It’s been six years since her sister moved to the lower 48, leaving Braeh to deal with small town Alaskan politics. And their father’s controlling ways. When things get crazy at home, she decides a visit south is just what she needs. What she finds in Missouri is a sister mated to a mythological creature, herself in the middle of a turf war fueled by revenge, and… a wolf whose sadness unlocks the portions of her soul she’d swore to never open again. 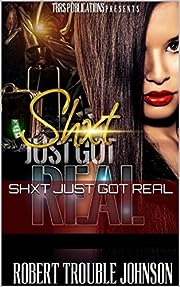 Jux is from california. He’s a hardened criminal who doesn’t hold back. He’s on the run from a parole warrant that would land him back in the belly of the beast. Karen is a gentle, outspoken, beautiful young lady from poughkeepsie, ny. The two meet at a greasy spoon, and thug love at first sight sets off a chain of events that will have the entire nation on edge following it’s path. Shxt just got real is a drama filled, gripping and emotional page turner that you’ll probably read twice. 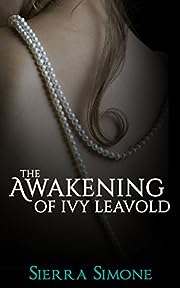 When Ivy Leavold is left destitute by her brother’s death, she is taken in by her cousin’s brooding, tortured widower–Julian Markham. He’s handsome and possessive, and it’s not long before Ivy falls for him. But Mr. Markham has dark secrets, secrets that may put Ivy in danger…

As Ivy unravels the mystery surrounding her cousin’s death, she falls deeper and deeper in love with Julian, who opens her body and her mind to his indomitable will. But even as he draws pleasure and desire from her night after night, Ivy can’t shake the feeling that their passionate affair may end in violence…

And I am completely his. 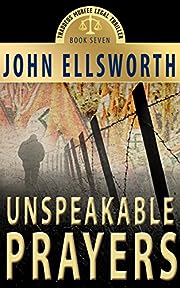 From the highly acclaimed attorney-turned-writer comes a historical thriller about a kidnapped Jewish boy and a Nazi army officer. Their paths collide in World War II and crimes follow crimes.

Seventy years later their case goes to trial in a legal drama set in Chicago. For the defense is Thaddeus Murfee, a Chicago attorney who refuses to lose cases, even where there’s a smoking gun. Courtroom drama takes over the final third of the book as Thaddeus puts on the stand the Nazi’s grandson, a Catholic priest, to help with the defense. A startling ending has readers everywhere discussing this timely thriller.

If you’re a fan of crime thrillers based on historical facts, here’s one you won’t want to miss. Unspeakable Prayers is a book you will never forget. 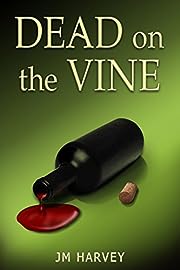 Everyone liked Kevin Harlan, even the person who beat him to death with a rusty shovel…

Claire de Montagne, proprietress of St. Helena’s Violet Vineyards, has a husband who would rather date a teenager than raise one, an emotionally unstable daughter with a violent ex-boyfriend and a staff of two who treat her more like a mother than a boss. But she can handle all of that. After all, things could be worse.

Claire is preparing for the bottling of Violet’s Vintner’s Reserve, hoping to stave off bankruptcy for one more year, when her neighbor, Kevin Harlan, is found murdered in her vineyard. That’s awful enough, but when her daughter is arrested for the murder Claire is forced to pursue the real killer on her own, placing herself and everyone she loves in the line of fire. 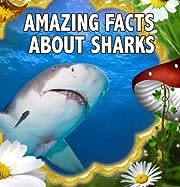 Sharks are a marvel of nature. Able to swim continuously around the clock, these amazing creatures never stop. From the tiny sharks to the giant sharks, there are nearly 500 individual species swimming in our oceans. Some sharks are even able to live in freshwater rivers and streams. 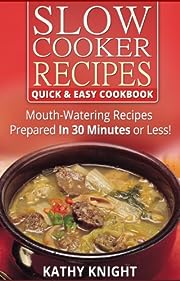 If you wish to prepare healthy and mouthwatering home-cooked dishes without spending hours in the kitchen, then this slow cooker cookbook is here to help…Inside the Slow Cooker Recipes Quick & Easy cookbook, you’ll find recipes that are not just super-nutritious and delicious… they can also be easily prepared in 30 minutes or less. All you have to do is to follow the step-by-step instructions, add the ingredients into the slow cooker and turn it on. And after some time, voila! You now have a sizzling hot meal you and your family can enjoy at the same time.Here are some of the recipes you’ll get: 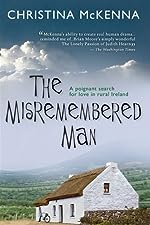 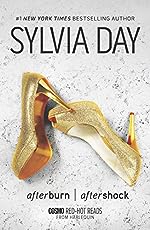 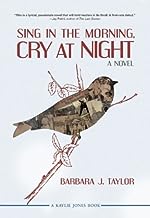 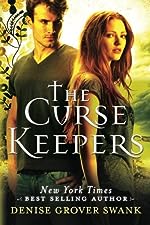 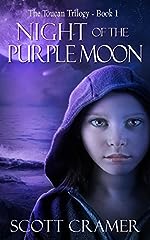 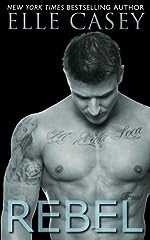 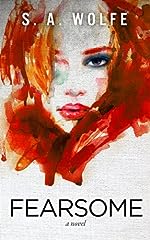 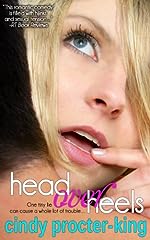 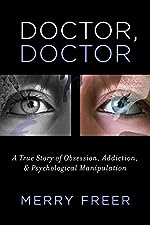 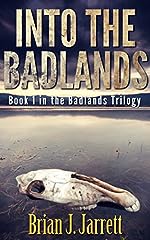 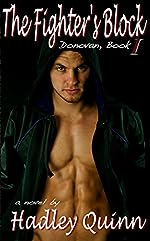 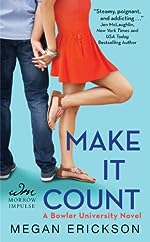 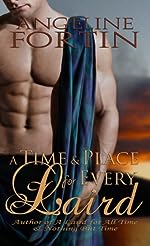