Sweet Blood of Mine: an Urban Fantasy novel of Vampires, Demons, and Shifters (Overworld Chronicles Book 1) 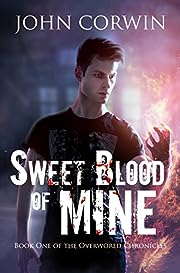 FROM ZERO TO HERO
Justin has ninety-nine problems, but a vampire ain’t one.

When Justin discovers he has super powers, life gets a lot more interesting. But as he learns the ropes of his new supernatural life, he soon realizes he’s not alone.
His parents are hiding dangerous secrets from him. The girl he falls for is sworn to kill him. A finicky felycan wants to make him his plaything. And a bounty hunter has his family in the crosshairs.
If that’s not enough, his former best friend, Randy, wants to use his blood to create a vampire super-serum to build an army of bloodsuckers.
If he can’t survive his other issues and stop Randy, Atlanta will be hip-deep in vampires,and Justin will be their juice box.
WHAT ARE THE OVERWORLD CHRONICLES?

14 books of urban fantasy action.
Atlanta is ground zero for a supernatural invasion. Enter Justin Case, a snarky nerd with all the heroic potential of a potato.

That is until he comes into his demonic powers and finds out everybody hates demon spawn. The problem? He might be the last hope for uniting the Overworld and saving us all. 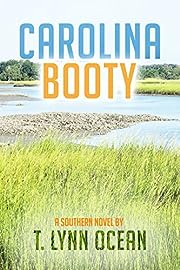 Jaxie Parker works for one of the best ad agencies in Atlanta and and thrives in the upscale fast lane. She loves everything about the big city including her power-packed days and party-filled nights. But life as she knows it comes to a screetching halt when the boss puts her in charge of the firm’s annual pro bono project, which is to revitalize a small town. Unfortunately, Rumton, South Carolina doesn’t have a mall or nightclub, much less a nail salon. For that matter, there’s no hotel, either. Jaxie ends up rooming with an old man in an even older house that he shares with a dog and a thieving raccoon.
Just when Jaxie thinks that she’s landed in a dreadfully uneventful place, things heat up pretty fast — there’s much more to Rumton than meets the eye. Sexy men. A sinister plot to steal from the town. A raging wind storm. Quirky townspeople. And loads of astonishing pirate history. It all adds up to some major Carolina booty!

The Ghost of You and Me 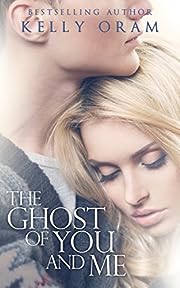 The tragic death of Spencer Schott unravels the lives of the two people he loved most—his girlfriend, Bailey, and his best friend, Wes. Secrets and guilt from that fateful night keep both Bailey and Wes from overcoming Spencer’s loss and moving on with their lives.

Now, nearly a year later, both Bailey and Wes are still so broken over what happened that Spencer can’t find peace in the afterlife. In order to put his soul to rest, he’s given one chance to come back and set things right…even if that means setting up his girlfriend with his best friend. 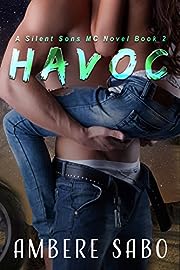 Havoc
I left behind my home, my family and my club to hunt down a bastard that doesn’t want to be found. My only focus is putting a bullet in his head and figuring out how to save my sisters from the Infierno cartel. The problem? He’s a ghost in the wind who always seems to be one step ahead.
Things change when my best friend, Cessy, forces me to bring Angel out on the road with me. Angel Hernandez, the hotheaded Hispanic beauty who drives me crazy. She wants the bastard’s head as much as I do, but she has no concern for what it may cost her. Can we overcome the scars of our past together or are we destined to die for the sins of another? 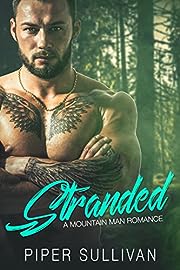 Firecracker
Chef
Virgin
I plan to open my own restaurant in my small town of Cody, Montana
All I need is the perfect location
Which means I need Rex
My ex-stepbrother. Gorgeous, rugged, mountain man, Rex
He was every girlhood fantasy I ever had
And when a blizzard hit, trapping me in his cabin, that fantasy became reality
But I wasn’t prepared for Rex
Or for what came next
A baby

Jerk
Craftsman
Man of Shadow Mountain
People call me a lot of things, my personal favorite, recluse
But the way Lena said my name, all breathless and sexy was different
She was different.
And off-limits
The storm made it impossible to deny what I wanted. Needed
Her. Just her
But when she disappeared I knew I would do whatever it took to find her
To make her mine
Forever

Torn Between The Plug And A Savage 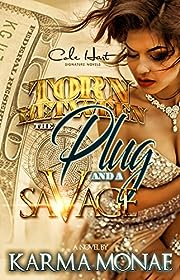 She was engaged to the Plug and then…See what had happened was….

Imagine waking up in your once beautiful mansion, being pampered by housekeepers, and maids, surrounded by people who literally worshipped the ground you walked on…all simply because you were considered ‘Hood Royalty.’ That had been the life for twenty four year old,Sanai, until it was all suddenly snatched away from her when her fiancé was sentenced to 25 years, leaving her with absolutely nothing but pain and heartache. Sanai had two kids and one on the way, and just with that pressure alone she finds herself at rock bottom, forcing her to move back to the
low income section 8 projects where she was born and raised. It doesn’t take long for Sanai to see that being a pretty kept chick can only get you so far, especially in a world full of savages, thugs and drug dealers.
Growing up in Newark’s Southward, life hadn’t always been easy for Saint. From birth, he had been thrown into the gang banging lifestyle, following in his mothers footsteps as one of the most vicious Crips throughout New Jersey. Saint and his left hand, Cuz, only have two things on their twenty year old minds: getting money and sleeping with multiple women that loved their lifestyle. Above all things they plan to one day take over the legacy and run things just like their parents. That is, until Saint runs across the sexy single mother that moved into his projects.
Kayla and John have been together for eight years. Their relationship transformed from two happy people, into strangers who coexist fearing the idea of being alone. At wits end, Kayla agrees to give their a relationship one last shot by allowing another woman into their bedroom. Just when things start looking up, Kayla meets the rough, straight forward, Havoc, who shows her that real men don’t need much in this world to be satisfied. But is Kayla ready to leave a ‘grown boy’, or is she too focused on the longevity to get her happy ending.

Spawn Of The Vampire: A Paranormal Pregnancy Romance 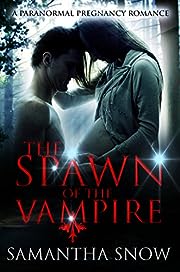 Victor Titus was the most handsome man she had ever met and when he seemed determined to seduce her, Shawna found it impossible to say no. An amazing night of passionate sex left Shawna wondering if she had met the man of her dreams.

However, by the next morning. He had vanished.

Now it is 9 months later and the only thing Shawna has to show for that amazing night is a beautiful baby.

Only problem is, she has no idea that the baby’s father is a vampire and now the baby has been born he is about to walk back into her life with dramatic consequences…. 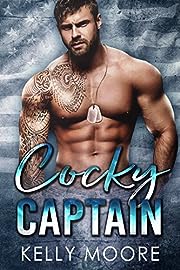 It was the stupidest thing I’d ever done—flying halfway around the world, to a man I thought I might fall in love with.
My raging hormones got in the way before I even boarded the plane.
A hot military man, or should I say god, was standing behind me in line, staring at me with his steely gray eyes that were piercing my libido. More like awakening the sexual goddess in me, aka the virgin.
From the moment he opened his cocky mouth and sat down next to me on the plane, I wanted him…no, I mean I hated him. A girl could get confused by a sexy beast in a uniform.
My head wanted the sensible, sweet man, but my heart evidently wanted the cocky captain.
If my journey taught me anything, it’s that people are not always what they seem. 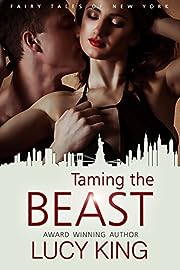 Once upon a time, Mercedes ‘Mercy’ Hernandez had the most enormous crush on her best friend’s older brother, Seb Madison. Now, though, she can’t stand the beast. Forget that he’s as spine-tinglingly gorgeous as ever. He’s a lousy brother and a manipulative bastard, not that she ever thinks about that disastrous one night stand they once had…

Still riddled with guilt over the death of his parents, billionaire loner Seb Madison has spent so long emotionally shut off that when beautiful, fiery Mercy bursts into his life again, he doesn’t know what’s hit him. All he knows is that she confuses him and he doesn’t like it.

Yet their chemistry hasn’t faded and, when hostility turns to attraction, a no-strings affair seems the logical solution. Mercy’s taking a much needed break from her family’s Argentinian vineyard to study for an MBA and Seb doesn’t do relationships. Neither have either the time or inclination for anything other than weekends-only red-hot sex. Or do they…? 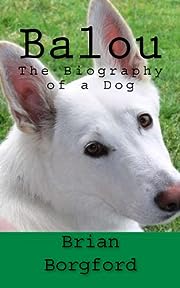 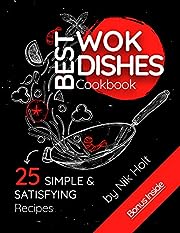 In this book, we present a quick overview of the best and most popular wok dishes, homemade versions or more elaborated recipes done by chefs.
When you hear about high heat, loud sizzles, constant rocking motion and fast-paced, we’re talking about cooking in a wok. Watching how meat, vegetables and aromatics go from raw to crispy in a few minutes makes this kind of stir-frying a wicked way to cook. Usually cooking in a wok reduces ingredients to a floppy and goopy mess, because we tend to treat woks like skillets, but they’re not! 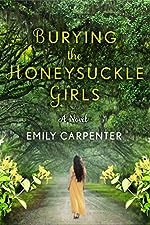 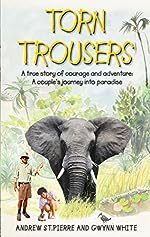 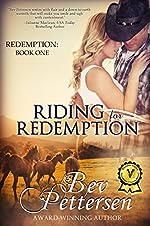 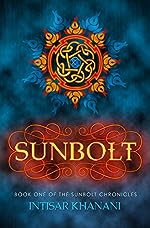 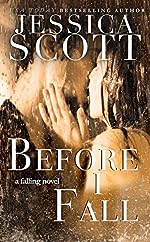 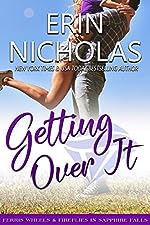 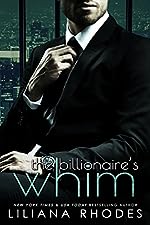 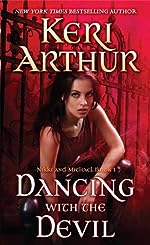