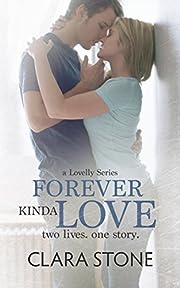 The last thing seven-year-old Carrigan “Ace” Casper foresaw was an eight-year-old Heath Lovelly walking into her life the day her mother died. From that moment on, Heath sticks by her side, slowly becoming her strength, her confidant, and her entire world. What she doesn’t know is, she’s his saving grace, too.

Ten years later, Ace is handed another crippling challenge that threatens everything in her almost perfect life. Only, this time, she doesn’t turn to Heath, hiding the truth instead. But Heath knows Ace too well and won’t back down easily. He’s ready to do whatever it takes and will stay by her side until she accepts that their love is the kinda love worth fighting for.

Will he be her forever triumph or her unexpected downfall?

And an unexpected journey to falling in love. 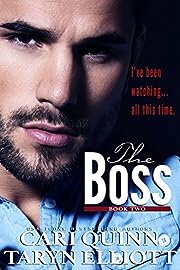 I’ve been watching…all this time.

I grew up as the bastard son on the wrong side of the tracks. Until an angel I could never repay helped me climb to the top.

My new assistant, Grace Copeland, is determined to bring me down. She thinks I don’t know about her lies and the risks she’s taking, but I’ve been watching all this time.

Soon she’ll realize that being on top is where I belong—and where she’ll beg me to be.

Unlike Any Other (Unexpected Book 1) 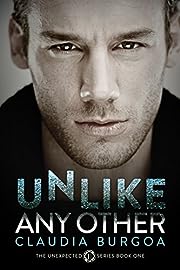 The name AJ Colthurst may not have any meaning to the public eye, but it should, as I’m the daughter of two famous celebrities. Like any superstar, they crave privacy; so much of it, they built a house in the middle of nowhere for us children. As we grew older, we discovered the lies they built as a fort to protect us from the media, ended up causing emotional damage along the way.

I carry a portion of the guilt on my shoulders; the other part I discovered is the separation of my parents. Their unorthodox ways may have driven me bonkers, but knowing they are no longer together is unacceptable.

That’s why I decided to rattle their cage by reminding at least one of my parents of the past and the reason they belong together. They need to remember why their love is so perfect and why they have to fight to keep it alive. Even if it means I have to dredge up some of my own painful memories along the way.

Back in the early eighties, I set myself to succeed in the financial world. The first step had been moving to New York City to become a stockbroker, but things didn’t work out the way I had hoped. Instead, I ended up making movies and by the end of the decade, Gabe Colt had become a famous name. The downside to my career of choice: the paparazzi. In order to protect my family and our privacy, I maintained my family away from the circus. It had been for their own good; a decision we had made before we started our family.

However, those past decisions ended up chasing my entire family away and now I’m trying to put the pieces back together along with my little girl. 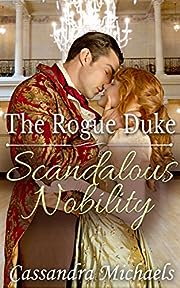 Steamy Duke Historical Romance With A Surprise Bonus Inside

Sophia has always dreamt of a life of adventure, but living in a small town doesn’t provide you with much of that.

Since she was little, Sophia used to hide away in her father’s library and escape to exotic places that she believed could only exist between the pages of a book. When her father passed away, the library turned into her place to remember him and feel close to him.

Sophia’s mother has different ideas over what will make her daughter happy, though. She’s convinced that all it will take is the right man and the right wedding dress. So when some passing dukes visit town, Sophia’s mother makes it her priority to make sure they’re introduced.

Sophia isn’t impressed by her mother’s actions until she meets Edward. Edward is a dazzling duke with a dubious history and an offer that could change Sophia’s life forever. 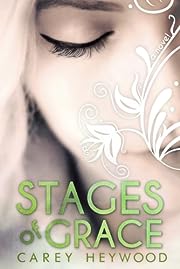 When facing death, a mourning period is to be expected. But what if it’s not a person but a relationship that dies? Grace and her boyfriend Jon have been together for three years. They live together and have shared many beautiful memories. Those memories are what keeps Grace from admitting Jon has changed and is no longer the man she fell in love with.

Afraid of being alone and holding on to something that no longer exists, Grace is a shadow of her former self. Her daily objective is to hide her pain from the world. Then, an unexpected letter sets off a whirlwind of potential life changes. In life, sometimes the hardest thing to do is let go. 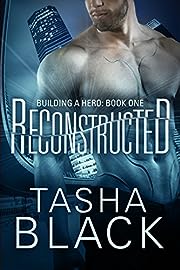 Westley Worthington has it all. Piles of money, good looks, a head for business, and a seemingly limitless supply of women who want to please him. And that’s just the way he likes it. Until a brush with death causes him to rethink his priorities, and consider someone besides himself for the first time in his privileged life.

Cordelia Cross has never had it easy. Her duty to her family has her working as an assistant to a man she hates just to pay her sister’s medical bills. When her arrogant boss alienates his last true friend, she finds herself promoted from schedule-managing coffee grabber, to the newest member of West’s inner circle.

Tempers, and passions, ignite as the two start spending time together, until a shocking accident puts their newfound attraction on ice. When West is faced with the toughest trial of his life, Cordelia helps him realize that he has all the tools he needs to be a force for justice.

Together, they must turn West into the hero no one ever thought he could be. 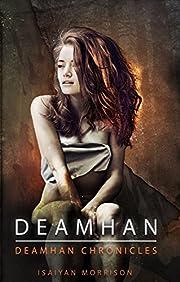 Deamhan have survived by remaining hidden in the shadows. Ramanga, Lamia, Metusba, and Lugat have been overshadowed by what humans know as the modern vampire. But what if vampires aren’t the real threat?

One woman’s search for her mother who disappeared without a trace on the streets of Minneapolis takes her into the precarious world of Deamhan, psychic vampires who rule the underground nightlife in the city’s most darkest corners.

She gains the trust of the only other human familiar with the Deamhan lifestyle. With his help she finds not only can the Deamhan not be trusted but it s her own father, president of a ruthless organization of researchers, who has diabolically maintained that distrust. 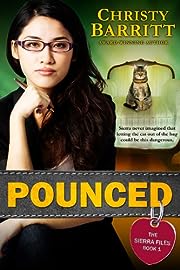 Sierra is used to fighting for the lives of innocent creatures. But when a killer puts the lives of her own cats on the line, her crusade becomes personal.

Animal rights activist Sierra Nakamura never expected to stumble upon the dead body of a coworker while out filming a project. She definitely never expected to get involved in the investigation. But when someone threatens to kill her cats unless she hands over the “information,” she becomes more bristly than an angry feline.

Sierra knows that curiosity killed the cat, but she’s determined that her snooping will ultimately save the lives of her furry friends. Making matters worse is the fact that her cats—and the investigation—are driving a wedge between her and her boyfriend Chad. With every answer she uncovers, old hurts rise to the surface and test her beliefs.

She also knows that if she lies down with dogs, she’ll get up with fleas. Saving her cats just might mean ruining everything else in her life. In the fight for survival, one thing is certain: It’s either pounce or be pounced. 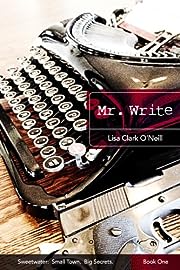 When Tucker Pettigrew returns to Sweetwater, South Carolina after a thirty year absence, he knows that his reappearance will stir the town pot. The sole grandson of the most powerful man in town, Tucker wants to understand why his recently deceased mother fled Sweetwater all those years ago with little more than the clothes on their backs. What he discovers will rock not only his own foundation, but that of the town itself.

Sarah Barnwell is a woman with her own ghosts to face, and they’re there to greet her on her first night back in town. The bully who made her already rocky childhood a kind of living hell is all grown up now, but he still has Sarah in his sites.

At first antagonistic, Sarah and Tucker eventually realize that a shared property line isn’t all they have in common. And that roots, whether the plant be beautiful or deadly, run deeper than you think. 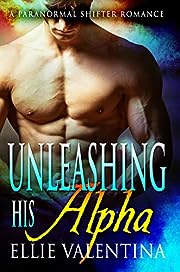 Katie Harper was living the life that she never really wanted. Working as a waitress for below the minimum wage, serving ungrateful customers and having no real prospects ahead of her.

But little did she know, she was SPECIAL.

Werewolf Shane Blackwood had been on the run ever since his family was murdered. There were mysterious forces out to kill him and to make matters worse, Shane had lost his ability to shift.

That was until, Shane met Katie. There was something about Katie’s presence that made him regain his shifting abilities and he was able to unleash his Alpha once again. Now he had her, he knew he could never lose her.

Children’s Book: The Peaceful Lion and the Nagging Crow: (Children’s Picture Book On How To deal With Bullying) (Children Books About Bullying) 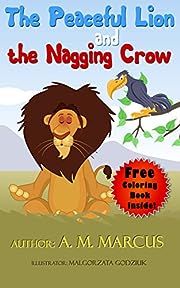 Teach your children the important skills of anger management and how to deal with bullying! Often child behavior problems are about kids struggling to manage their anger while attempting to find their inner peace. Oppositional behavior, disrespect, conflict and aggression can often be decreased by helping kids learn how to handle these issues better. This illustrated story will give you the tools to help your child with anger management through finding his inner peace. 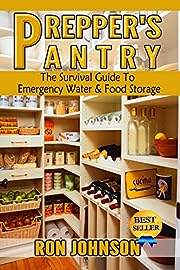 In the event of an emergency having an adequate supply of food could mean the difference between life and death!

Are you prepared for any disaster that is about to happen? Do you already have emergency supplies? Is it enough to sustain you and your family’s life for an extended period, when help from others would be close to impossible? Have you discussed and implemented the emergency plans with your family?

Fighting for your survival during times of disaster is not about luck, it’s about the right knowledge that will help you pull through it. It is all about saving you and your family’s life, with the tips provided in this book. Guess what? YOU CAN MAKE IT HAPPEN by reading and following all the guidelines laid out in my book.

In this book you will;

This book aims to make you more confident and more knowledgeable in saving LIFE during disasters by the means of being prepared. The best preparation comes from you being prepared, and you can start that preparation today by doing everything I laid out in this book. 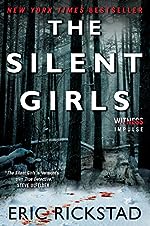 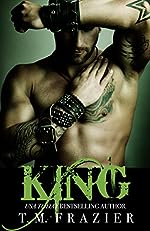 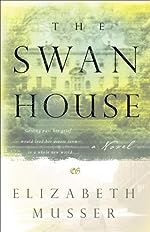 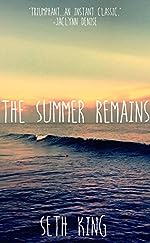 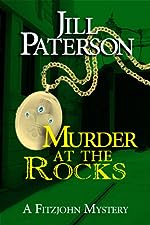 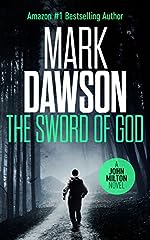 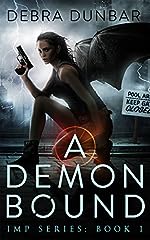 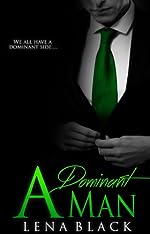 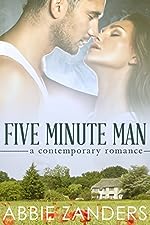 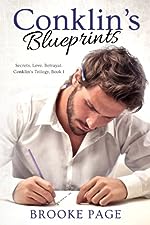 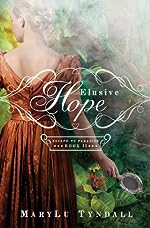 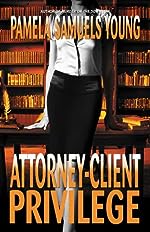 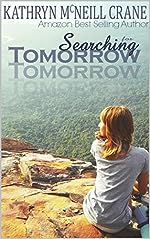 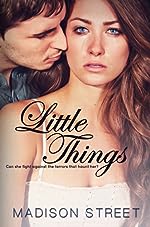 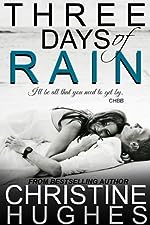 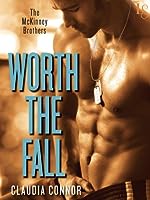 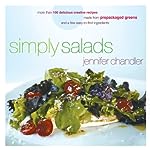