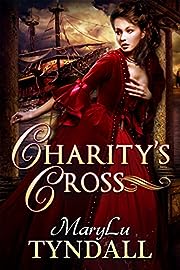 Suspected of killing her husband, Charity Westcott flees on the first ship out of Portsmouth, England heading for the colonies. Loathing all men after her abusive marriage, she hopes to reunite with her family in Charles Towne, but the ship’s destination is Nassau. When she spots her husband’s brother, who is intent on seeing her hang, boarding her ship, she jumps overboard.

Elias Dutton, missionary and son of the famous pirate, Rowan Dutton, must get to Barbados as soon as possible. His sister is in danger, and his parents have charged him with her safety. He cannot let them down—again. But after rescuing a madcap woman from the bay, he now finds himself tricked into masquerading as her husband so they both can procure passage to Barbados.

Pirates, storms, shipwreck and betrayal threaten to delay the couple in their journey even as sparks fly between them. With her brother-in-law in fast pursuit, the last thing Charity wants is help from a man, especially a religious one, but she has no choice. After Elias’ heart was broken by a sordid woman who nearly ruined his life, he seeks a godly woman pure as the virgin sands of the Caribbean. He believes he has found such a woman in Charity. Until he discovers she is a murderer and is now faced with two choices: letting her go or turning her in to the authorities. 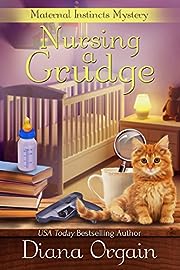 A laugh-out-loud page-turner Bringing up babySleep deprivation, diaper blowouts, and breastfeeding mishaps are status quo for new mom Kate Connolly. But when she decides to turn private investigator in order to work from home, her To-Do List expands exponentially:
1. Buy diapers.
2. Get back in shape.
3. Order lock pick set…

Bringing down a killerHer friend Jill’s boyfriend falls to his death under questionable circumstances. Juggling mommy duties and unorthodox investigation techniques, Kate must determine whether the scathing review Jill wrote about a local restaurant is connected to his untimely death…and whether the killer might strike again.

Investigation, Mommy-styleKate races to solve the case before Vicente Domingo, the new, sexy PI in town swoops in and saves the day. He’s drop-dead gorgeous, but she’d like to tell him to drop dead for poaching her last client. As bodies pile up faster than dirty diapers, can Kate uncover the truth about what happened to Jill’s boyfriend between nap times, diaper changes, and playdates? Or will Become A Bonafide P.I be the last entry she makes on her To-Do List? 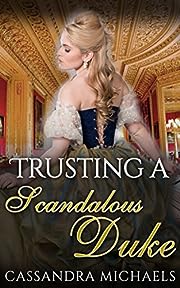 “The poetic beauty of the English pasture is source of great inspiration and grace, but it can also be the reason behind great drama.”

As she has been fighting against forces too big for her power in order to save her family from bankruptcy, Cecilia Wharton, a humble working woman who had refused herself the luxury of dreaming, gets enchanted by the devilish good looks of a mysterious man.

She runs into danger, and finds herself powerless in the face of cruelty. As help comes from the least expected places, the only one to become her very own white Knight in shining armor turns out to be His Grace The Duke of Stretford.

What can a woman do? Nothing else than to give into his charm and get into even more trouble for it.

When Cecilia finds herself compromised beyond salvation, she chose to tell her lover. Will he do the gentlemanly thing? Or will he leave her to save himself? 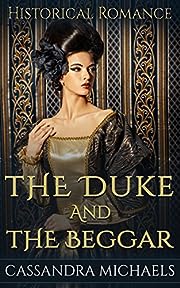 Duke Cedric takes one last walk through the village before he forced to marry a woman he does not love.

Emma has fallen down on her luck, finding herself begging on the streets of her village to simply located a meal.

When Cedric hides Emma in the tunnels beneath the palace, he expects only to feed her and nurse her back to health. Yet he found so much more than what he bargained for.

Will he defy his own father’s kingdom and its rules, so that he may love Emma as he wishes to do? 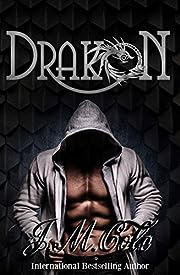 Scarlett Kingfin was forced to run when her life went up in flames, literally. Her home was scorched, and her sister was missing. She was armed with nothing more than a set of coordinates and a fierce temper.

Her twisted path led Scarlett right into the lair of Drakon, the dark immortal dragon shifter. The bad boys of the seas. Sailing through mystic barriers, they often returned home with their spoils—to the home Scarlett had forgotten. Much like she had forgotten she was his mate, the missing half to his fiery soul.

Strife, tension, and undeniable magnetism stand between the lovers when they’re face to face again. Her presence not only represents a broken royal vow, but also spurs a wicked prophecy of a lethal war between the immortals. Explosions, kidnappings, unveiled truths, and twisted rivalry shroud Draxton and Scarlett’s every step. Their dragons deep within are invincible.

Will the hearts of the man and woman be strong enough to survive the hell their rise will inflame? 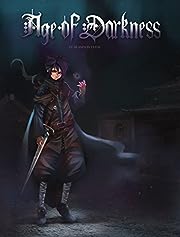 Age of Darkness is the story of Keimaro Hayashi, a young man tormented and shunned for reasons unknown to him. When his village is attacked and his adopted family slaughtered, Keimaro must join with his only friend, Yata, to find vengeance for those he loved most. Hounded by a villainous group known as the Bounts, Keimaro travels far from his simple, shielded home into a world filled with espionage, magic, and betrayal. He gains allies along the way—others who have been wronged by the Faar Empire and who possess mystical powers that offer unique possibilities. During his journey, Keimaro faces temptation in the form of the enchanting Princess Aika and his own dark desires to overthrow the very gods who condemned his people. Keimaro faces the demon within himself and presses on, learning that vengeance can be found in many forms. Can Keimaro find the good within and protect those he loves? 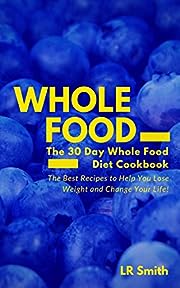 As a weight-loss specialist, Dr. LR Smith has helped thousands of people to achieve breath-taking results in their honest efforts to trim those additional pounds and have a body to show off at the beach.

Packed with secrets and fast fat-burning easy steps, this program is the one that ends an endless struggle to find “the right diet book”, the true and real key program towards looking, feeling and being healthier than ever.

Unlock the miraculous results you deserve to have after all the hard work you put on those other inefficient diets.

You’ll learn useful advice about the science of why whole food work and how to not make your dieting efforts harm your body in any way, also eliminating cravings and hunger all along.

It not only contains an incredible program but also tasty, simple and easy recipes too! And no, these are not your 60-minutes-in-the-kitchen type of recipes… these are the ones that can be prepared fast, are loaded with flavor, packed with nutrients, and allow you to basically enjoy life, damn it! 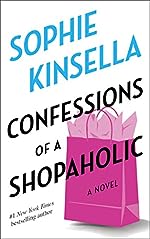 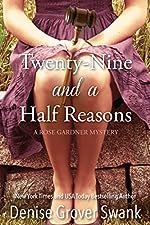 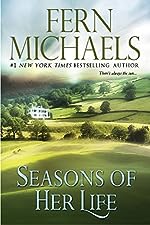 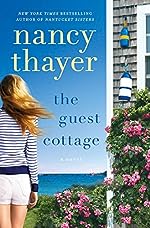 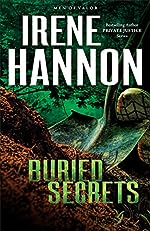 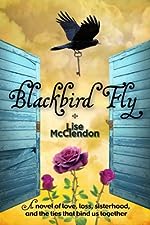 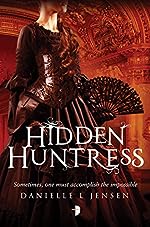 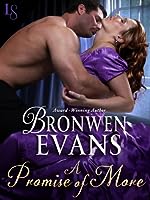