The Rebel (Looking to Score Book 1) 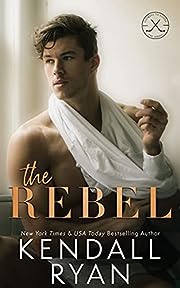 We shared one hot night together back in college before our paths took us in different directions.

But now, the most brilliant and beautiful woman I’ve ever met is back in my life. And the chemistry I remember? It’s more combustible than ever.

Except…our fling is forbidden and must exist only in secret. Her rules, not mine.

I can’t be her forever. I’m not that guy, and even she knows it.

But I can’t stay away from her either. I’m determined to claim not just her body but her heart, even if that’s the one thing she’s vowed not to give me. 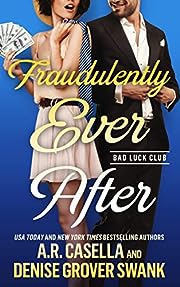 She’s cursed to live out romance tropes gone wrong. As a millionaire bad boy looking for a fake girlfriend, he is one. They’re a disaster in the making…and each other’s last hope.

Yes, really. I broke a boy’s heart because he wasn’t romance hero material, and his nonna cursed me to live out my favorite plotlines…without the happy ending. Consider my track record:

Second-chance romance? Turns out my old flame returned home to cook meth, not take care of his parents.
Redeemed bad boy? He writes to me occasionally from prison.
Billionaire businessman? Rory was my prince charming…right up until his ex-girlfriend showed up with a baby bump.

My love life is a lost cause, but my friends claim they have a solution. They’re convinced I can rip control from the curse by seeking out a trope situation instead of getting sucked into one.

When I find Zachary Littlefield’s ad seeking a fake girlfriend, I decide it’s go-time. Because I am so immune to hot rich boys.

I’m the screw-up spare to my brother, the heir—the Littlefield who can never do anything right. Now my brother’s making a huge mistake, and I’m expected to celebrate. Instead, I do what any half-intelligent man would: I hire a date to stir up trouble at his engagement party.

Tina’s not my type, but there’s something about her…

Maybe it’s that she seems completely immune to my charm. I’ve never met a challenge I didn’t want to screw up…or screw. 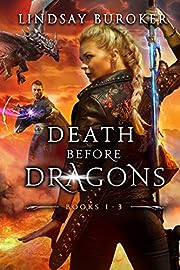 I’m Val Thorvald, and I kill bad guys for a living.

My half-elven blood, magical sword, and telepathic tiger give me an edge, at least against most villains. But when dragons show up in Seattle, the city is in serious trouble—and so am I. Dragons are bigger, stronger, and more powerful than anything I’ve battled, and they don’t appreciate it when you sass them.

Just ask Lord Zavryd’nokquetal. That’s a name, not a cat hacking up a hairball, and if you mispronounce it, he’ll either insult you, incinerate you, or throw your Jeep up in a tree. Trust me, I know.

Unfortunately, he’s taken an interest in me. Not in the “half-elves are sexy and appealing and I need a new girlfriend” kind of way. Nope, he wants to use me. He’s on a mission, and he’s decided I’ll make the perfect bait to lure his enemies to him.

That’s about as good for your longevity as it sounds, and I’d love to decline the gig, but dragons can magically coerce people into doing their bidding. If I can’t figure out how to get him to leave me alone, I’ll either end up his servant for the rest of my life… or dead. And who’s going to protect Seattle then? 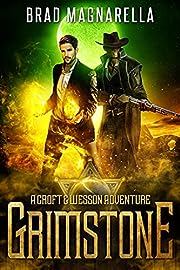 When my magical order assigns me to Grimstone, Colorado on a case, I’m in no hurry to pack my staff and spell books.

The outlaw county is a far cry from my academic calling in New York City. And I’m being paired with junior wizard James Wesson. A hustler, womanizer, and wannabe cowboy, he’s exactly why I prefer working alone.

But something sinister is snatching blondes on the full moon. The local werewolf gang? The six-hundred pound witch who runs the brothel? Or does the perp come from the mortal ranks of a population as strange as any supernatural I’ve encountered?

The only certainty is the lunar cycle, set to wax full in twenty-four hours—meaning we need to get cracking.

Can the wizard duo of Croft and Wesson blow open the case in time to save the next victim?

Or will our odd-couple act spell doom for Grimstone? 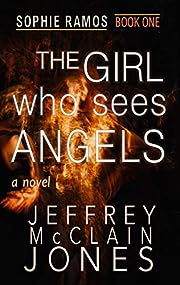 SOPHIE RAMOS has always had visions—perceptions of beings others don’t see. Even her mother doubted her as a child. Psychiatrists doubted her too. Psychics tried to recruit her to enrich and empower themselves. Now she’s thirty-two, living on her own, and sharing her secret only with her mother and a few friends. A threatening specter begins to visit her at night, and more than her sleep is at stake. She follows a friend’s recommendation to visit Detta Washington, a church lady who believes that Sophie does see angels and demons. Even if Sophie is skeptical about the labels Detta uses for what she sees, she comes to respect Detta and finds ways to use her gift to help others. When she helps free Detta from an incurable disease and releases two of her friends from creepy creatures shadowing them, Sophie starts to embrace her identity. But she still needs help with the ghoul that hovers above her bed at night. And that’s not the last enemy who threatens her in the dark. Anthony, Detta’s handsome son, helps Sophie understand his mother’s religious language, and he becomes convinced that Sophie is for real. After years of doubt and frequent commitments to mental hospitals, Sophie’s mother comes to trust her daughter’s visions as well. Recovering from a life of being condemned as a crazy person, Sophie finds new confidence. She is gifted. She is the girl who sees angels. 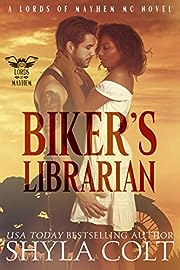 Recovered from an abusive relationship, Juliette Moore is ready to live life on her own terms. Successful, intelligent, and slightly timid, she makes a pact with her best friends to seize the day. She gets more than she bargained in the tall, dark, and dangerous biker Shooter. Drawn to her purity and charm, Shooter, finds himself smitten before he knows what’s happening. With his claim firmly placed, he’s ready to go to war when she’s threatened by a madman from her past. Together they weather life’s storms and find common ground as they merge their two very different worlds. 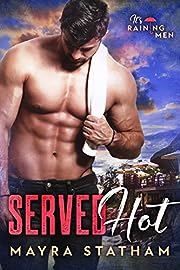 Collin Danes’ life is fine. He runs the local diner in his small beach town, and when he feels like it, he hangs out with the pretty tourists. At thirty-five, Collin has never been married, not even close, and he doesn’t mind the bachelor lifestyle, even if it is starting to get a little lonely. It’s not like there are a lot of single women in Spring, Florida to choose from. When Lydia Cadena walks into his life moments after he got his horoscope read, it feels like fate.

Lydia doesn’t think love is in the cards for her after getting her heart broken one too many times. Focused on her career and work, she finds herself in Spring, Florida. But it feels like everywhere she turns, every man in this small beach community is more handsome than the last. It’s raining men! That is until a smile from the tall, dark & handsome diner proprietor makes her heart skip a beat!

Will Lydia give Collin the chance to show her love is in the cards? Can Collin make Lydia believe he doesn’t only have the ability to serve it hot for the moment, but that he’s in it for the long run?

This small town is paradise. Beautiful beaches, year-round warm weather, and friendly neighbors. There’s only one thing missing—single ladies. It’s Raining Men in Spring, Florida and the lonely residents are hungry to find their soulmates.

During the month of April, some of your favorite insta-love authors are bringing you stories set in this fictional town where the men significantly outnumber the ladies. Come meet us in Spring to find your next book boyfriend. 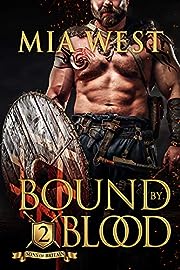 He’ll do anything for the man he loves.
Even the unthinkable.

Bedwyr has everything he could want. He’s come back from a devastating injury, and he’s a warrior again, regaining his father’s respect battle by successful battle.

Best of all: he has Arthur. When they aren’t fighting effortlessly side by side, they’re making the most of every secret nook and shadow in the village to celebrate their victories.

And if Cai, his former shieldmate and Arthur’s brother, doesn’t understand the bond Bedwyr now shares with his cub…

Arthur’s been careful—mostly—but when Uthyr summons him one morning, Arthur is certain he and Bed have been found out. Instead, the warlord issues Arthur a challenge that pits him against Cai.

Seizing an opportunity to secure Bedwyr’s future, Arthur comes up with a strategy. One that’s bold, daring,…and a little bit insane. But it just might throw Cai off their scent.

If it doesn’t get Arthur banished first.

Blood Money: An Alice Worth Novella 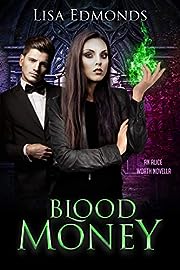 Find out how Charles first met Alice in this thrilling prequel to Heart of Malice!

After an epidemic of attacks by newly risen vampires terrorizes the city, authorities pressure Charles Vaughan and the Vampire Court to determine who is responsible. Complicating matters, a local businessman hires infamous bounty hunter Jack Justice to find and execute the rogues after his sister is attacked. Justice and his entourage turn the city and the investigation into a three-ring circus of media attention, vamp-hunter groupies, and self-appointed “deputy” vamp hunters.

When mage symbology is found on a captured rogue vamp, Charles enlists the help of veteran mage private investigator Mark Dunlap to figure out what involvement mages have in the attacks. Dunlap brings in his newly hired MPI-in-training Alice Worth to help unravel the mystery.

In two hundred years, Charles has never met anyone quite like Alice. Minutes after meeting him for the first time, she threatens to burn down Vampire Court headquarters. By the end of the night, Charles is sure of two things: Alice is not who or what she seems, and someday she will be his…if she doesn’t get herself killed first.

The Invasion: A Gateway to the Galaxy Series 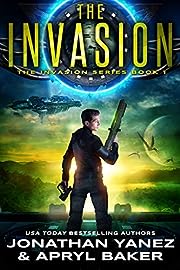 What should have been a relaxing hunting trip for Sergeant AJ Cole, his kid brother Remmy and two Marines from his unit turns into an all-out brawl with enemies from another planet.

An invasion is being planned in the secluded woods of West Virginia. Ravagers from a distant world have set up a gateway allowing them to move their forces through space. Earth is their next conquest.

When push comes to shove, Earth’s Marines are shoving back and taking the fight to the enemy. Outnumbered and outgunned these Marines will look to each other for the will to go on. Allies will be found along the way, as well as a haunting prophecy for one of their own.

The Tent Mouse and the RV Mouse 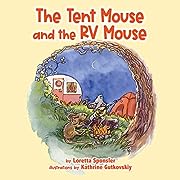 Easy to follow storyline, beautiful illustrations, and likable characters – combined with a lesson that preferences differ. Strengthen the love for books and camping with this lovable story and rich illustrations. 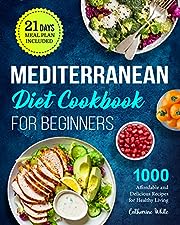 These uncomplicated recipes are perfect for anyone without a lot of time to spare?or without any kitchen experience. The Mediterranean Diet is great for a “one size fits all” approach and allows you an easy adaptation to your specific needs, Spending less time cooking means spending more time sitting down with a satisfying meal and toasting a glass of red wine to good health, And all that to bring you tasty meals, that are also beneficial to your body! 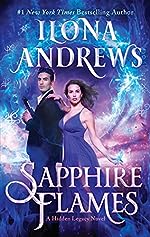 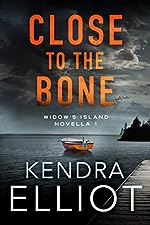 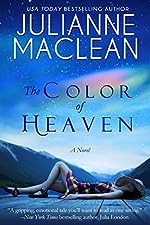 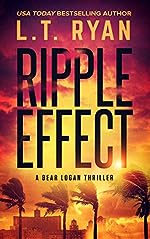 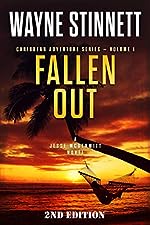 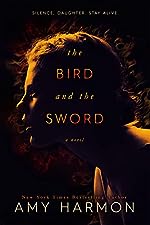 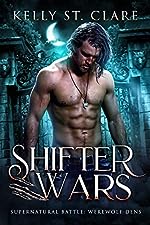 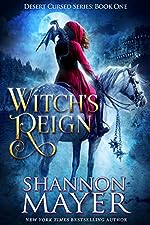