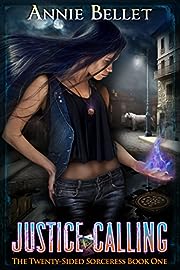 Jade Crow lives a quiet life running her comic book and game store in Wylde, Idaho. After twenty-five years fleeing from a powerful sorcerer who wants to eat her heart and take her powers, quiet suits her just fine. Surrounded by friends who are even less human than she is, Jade figures she’s finally safe.

As long as she doesn’t use her magic.

When dark powers threaten her friends’ lives, a sexy shape-shifter enforcer shows up. He’s the shifter world’s judge, jury, and executioner rolled into one, and he thinks Jade is to blame. To clear her name, save her friends, and stop the villain, she’ll have to use her wits… and her sorceress powers.

Except Jade knows that as soon as she does, a far deadlier nemesis awaits. 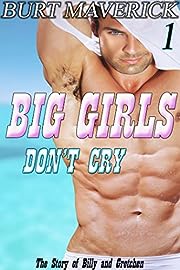 Every woman deserves to be loved, and for over-weight, insecure, 24 yr old virgin, Gretchen Lane, it’s going to come Hot & Heavy, and in the form of the ruggedly handsome, Billy Mack- her new personal trainer…

At 5’8″ and 248 pounds, life is anything but easy for young, insecure, Gretchen Lane. Finding herself once again the victim of a cruel joke involving her weight Gretchen decides to join a local gym, where she has a chance encounter with personal trainer Billy Mack.

Billy, living in a world of hard bodies and big egos, finds himself strangely attracted to the akward, yet curvaceous young woman, and a relationship quickly develops pairing the most unlikely of couples.. 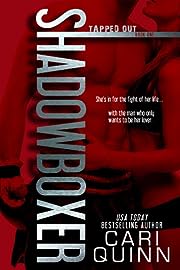 She’s in for the fight of her life…with the man who only wants to be her lover.

Fighter Mia Anderson has faced the dark side of life and survived. But just getting by is no longer enough. To fund her new life with her baby sister, she’s determined to beat the reigning king of the male fighters in New York’s underground MMA circuit, Tray “Fox” Knox.

Tray refuses to fight a woman, until he learns Mia’s tougher than anyone he has ever known. He soon realizes he wants more from her than blows and blood, and he’s willing to hit below the belt to get it. He’ll fight her, but if he wins, she spends the night in his bed. All night long, his rules. No tapping out.

Mia agrees, certain that he’ll lose. What she doesn’t realize is that Tray loves to fight dirty…and that this match may end up being the most important one of their lives.

The Dragon’s Appraiser: Part One 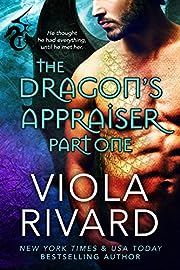 What can she offer the dragon who could have anything?

Left at the mercy of a dragon god, Madja must use her encyclopedic knowledge of ancient artifacts to charm him into sparing her life.

She will change everything…

Enchanted by the human’s stories, the world-weary dragon discovers a whole new depth to existence. 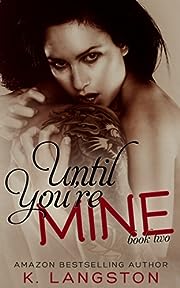 Taking big risks had always been Archer Brook’s way of life. It’s what has to be done in order to get what you want, and he knew that better than anyone. Archer may have been born into a life of wealth and privilege, but he’d proven time and time again that his success was a result of his own true grit and determination. The savvy businessman was an experienced player in the game of life, always knowing when to ante up or when to cash out.

It was time to do both.

Burned out on the bright lights of Vegas, once the successful night club owner found the best of both worlds tucked away in a quiet Mississippi town, he never looked back.

That was until she walked into his bar.

Life has never been easy for Katy Vaughn. The preacher’s daughter turned small town rebel has seen her fair share of heartbreak, and she’s tired. Katy is done with men who have no idea what they want or how to treat a woman. She wants a real man. One who can give her everything she’s ever dreamed of. One who will give her everything she needs. Lovers of the past may have broken her heart, but they could never break her spirit.

There was only one man capable of that.

You never know when love will come along and change…everything.

He Belongs to Me 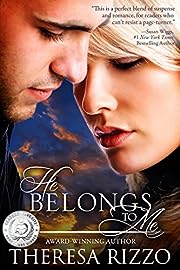 Even reconcile with the husband accused of killing their son’s twin.

Catherine graduates from college, eager to start a new life with her six-year-old son, Drew. But when she tries to bring him home, her parents refuse to relinquish control of the grandson they’d raised.

Wrongly accused of a horrible crime, Thomas Boyd has buried himself in his career, determined to forget his painful past and the family he lost. But now, five years later, Catherine is back, requesting his help to regain custody of their son — custody he thought she had.

Though older and wiser, when courtroom battles reveal lies and secrets and generations of pain, will Thomas and Catherine find more tragedy and loss, or will old wounds finally heal? 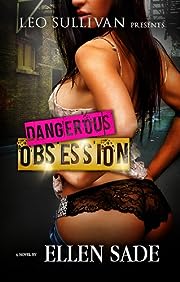 Roxii Matthews is a devious caramel curvy chick with big dreams and goals. She takes no shit, and demands respect. Her only weakness is her love for a married man, Trey.

He created a fantasy for her and she will do anything to hold him to his promises.

But how far will she go for her obsession with love? Roxii puts a complete new twist to obsession…straight dangerous. 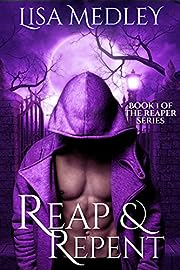 Ruth Scott can read the energy of every person she meets. Then she meets Deacon Walker. She can see his ice-blue eyes, his black hair, and his gorgeous face. But this beautiful stranger has no aura.

Deacon is just as unsettled by Ruth—and, having spent more than two hundred years ushering souls to Purgatory, Deacon is seldom shocked by anything. As he helps Ruth to understand her true nature, she awakens desires that he decided long ago a Reaper can’t afford.

A demon invasion forces Deacon to confront the darkness in his own past even as he fights to save the human souls he’s charged to protect. When he’s taken captive, his first concern is for Ruth. But Ruth just might be able to save herself—and the Reaper she can’t live without—if she can learn to wield her newfound powers. 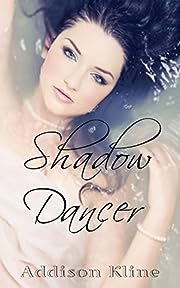 Some secrets should just stay buried. On the day Tristan Morrow is born her mother goes missing, prompting an investigation that produces no solid leads. Fast forward 15 years, and the Morrow family still doesn’t know the truth behind Catherine Morrow’s disappearance. When 15 year old Tristan is required to write a biography on her mother for a school assignment, she learns the truth about her mother’s fate, and is hell-bent upon finding out who was responsible for her death. But when Tristan herself goes missing too, everyone is suspect, even her own father. Set in rural Fox Hollow, PA, Shadow Dancer unravels a web of lies, deceit, madness and corruption. Can investigators crack the case before Tristan meets the same fate as her mother? And who is responsible for the disappearances? There is much uncertainty as the investigation unfolds, but there is one thing that is certain: Tristan Morrow holds the master key to the entire riddle. 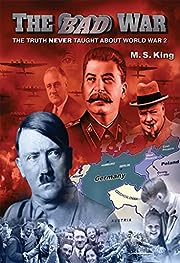 During the 75 years that have now passed since the end of the grand history-altering event known as World War II, only a single narrative of the great conflict has been heard. It is a story which the architects of the New World Order have implanted, no, POUNDED into the minds of three subsequent generations.

Every medium of mass indoctrination has been harnessed to the task of training the obedient masses as to what the proper view of this event should be. Academia, news media, public education, book publishing, TV documentaries, Hollywood films, clergymen and politicians of every stripe all sing the same song.

You know the familiar lyrics: “Led by Adolf Hitler; Germany, Italy and Japan tried to enslave the planet. The “good guys” of the “world community”, led by Franklin Delano Roosevelt (FDR) and Winston Churchill, banded together and stopped them.

Literally, not a day seems to pass without some sort of media reference to this incomplete and simplistic narrative; a story which oh-so-conveniently ignores the previous decades of critical history leading up to World War II, omits vital information from the actual war years, and outright fabricates lie after lie after lie.

Indeed, the “official story” amounts to a manufactured mendacity of such mountainous dimensions that the human mind will have a hard time processing the actual truth of the grand event, no matter how compelling the case may be.

Isn’t it time you heard a different tune; at least for your consideration? Haven’t you ever at least been curious as to what “the other side of the World War II story” was?

If so, you ought to have a look at ‘The Bad War’, a heavily illustrated epic timeline that will transport you back to the mid 1800’s; and then lead you on an exciting “you are there” journey right up through both World War I and World War II.

Well-written, entertaining, and meticulously documented, ‘The Bad War’ is unique for its ability to condense so much real history into just 245 attention-riveting, illustration-rich pages.

But do be forewarned. Your worldview may never be the same. 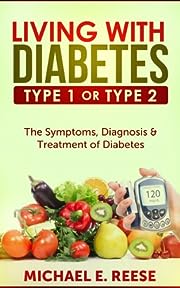 This book contains proven steps and strategies to help you live a full life despite being having diabetes. There are actually two types of diabetes, type 1 (insulin dependent) and type 2 (non-insulin dependent). This book will explain the differences between these two types. They have different onset, causes, diagnosis, and treatment. They also have similarities, especially in regards to the necessary diet and lifestyle modifications.

Read this book to be enlightened on just what diabetes is all about. Find out the root of the problem. Learn about terms like blood sugar, glucose, insulin and a host of medical terms and jargon used when talking about diabetes. This is just the book you need to get to know diabetes better and how to live with this condition. Better understanding leads to management that is more effective.

The management and treatment of diabetes heavily relies on diet modification. Food is a major contributor to the increase in blood glucose levels. To manage diabetes, it is important to combine diet modification with regular exercise, weight loss, and lifestyle changes like quitting smoking and regulating alcohol intake. 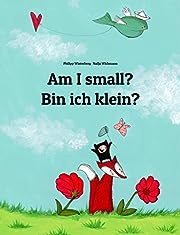