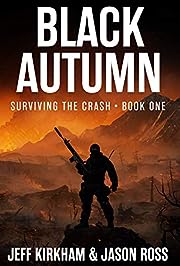 A Special Forces commando returns home from combat to America on the edge of apocalypse. He and his family land a gig running security for a wealthy clan of survivors, yet most of the group struggles to make peace with the sudden death of modern sensibilities and woke culture.
Can a few salty warfighters convince plastic surgeons, realtors and human resource managers that they must pick up their guns and fight or their families will die?
Green Beret, Jeff Kirkham, and his buddies think they’re locked and loaded for yet another war, but nothing can prepare them for the runaway violence of America after a cascade of terrorism, government blunder and Facebook nastiness strips away the urban dreamscape.
At what point do everyday people turn the corner and become warriors? 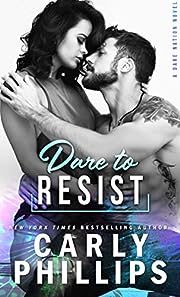 He’s about to find a baby on his doorstep … and his assistant in his bed.
Austin Prescott is a lot of things. Ex football player. Sports agent. And as of this morning? Father. Finding a baby on his doorstep should have been a joke but the pink sticky note and baby carrier she came in is deadly serious.
What’s an out of his depth bachelor to do? Call his tempting and beyond gorgeous executive assistant and beg her to move in.
Quinnlyn Stone agrees to help Austin until he can straighten out his messy life. It’s just another item on her very long To-Do list. It’s absolutely not because she’s attracted to her very single and extremely handsome boss.
Close quarters. A baby. Undeniable chemistry. What could possibly go wrong? 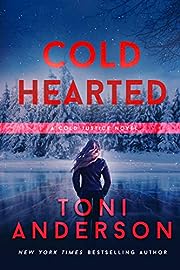 Detective Erin Donovan expects life to settle down after the arrest and conviction of a serial rapist who terrorized her college town last summer. Then two young women are brutally slain and the murders bear all the hallmarks of the campus rapist. Did Erin arrest the wrong man?
Her job is at stake and tensions are high. Just when it looks like things can’t get worse, the FBI’s Behavioral Analysis Unit sends a profiler to assist the investigation—in the form of a man Erin has never been able to forget.
Three years ago, former Marine scout sniper Darsh Singh’s feelings for Erin had him breaking all his rules. Now his only interest in the former NYPD detective is figuring out if she screwed up an investigation and helped send an innocent man to prison.
Being forced to work together rekindles their attraction, and as Darsh and Erin fall for each other, the predator fixates on the female detective hunting him. Can they identify the killer before he makes Erin his final victim? 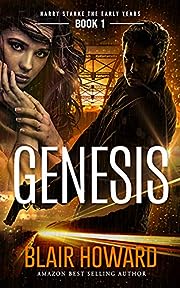 The shadow crossed in front of the car so fast I didn’t have time to stop. I hit the brakes hard and swerved into the mud at the side of the road.
Looking out through the deluge it was difficult to make out the figure coming towards the driver’s window, but as it came closer I could see it was a girl, just a kid.
Instinctively, my hand went for my gun and rested on the grip as she approached. Her hair, dark, bobbed, was plastered to her head and face. The raccoon eye shadow smeared above her eyes had run in rivulets down her cheeks. And she looked scared, really scared, that much was obvious.
What the hell is she doing out here alone in this kind of weather? I thought as I rolled the window down a half-inch.
“Get in the back,” I yelled at her, and flipped the lock so she could open the door. 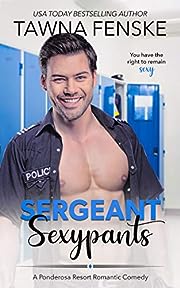 But Bree’s got a secret I can’t figure out. Most folks lace up their goody two-shoes around cops, but Bree’s don’t fit quite right. There’s a story there, but she’s guarding it like a tiger with a pet zebra.
And yeah, I know the guy jockeying for police chief should steer clear of a woman with skeletons in her closet, but I can’t stay away. I’ll find any excuse to visit the resort she owns with her siblings, even trotting out my charming pup, Virginia Woof. I’m not proud.
Between hot springs hookups and grope-fests in my car, Bree’s breaking her no-cops rule six ways to Sunday, and I’m grateful. But what’ll it take to coax out her secret and convince her I’m not here to slap the cuffs on her?

A Murder in Paris (A Year in Europe—Book 1) 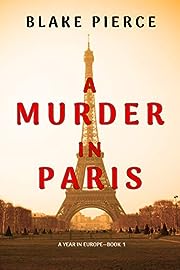 Diana Hope, 55, is still adjusting to her recent separation when she discovers her ex-husband has just proposed to a woman 30 years younger. Secretly hoping they would reunite, Diana is devastated. She realizes the time has come to reimagine life without him—in fact, to reimagine her life, period.
Devoting the last 30 years of her life to being a dutiful wife and mother and to climbing the corporate ladder, Diana has been relentlessly driven, and has not taken a moment to do anything for herself. Now, the time has come.
Diana never forgot her first boyfriend, who begged her to join him for a year in Europe after college. She had wanted to go so badly, but it had seemed like a wild, romantic idea, and a gap year, she’d thought, would hinder her resume and career. But now, with her daughters grown, her husband gone, and her career no longer fulfilling, Diana realizes it’s time for herself—and to take that romantic year in Europe she’d always dreamed of.
Diana prepares to embark on the year of her life, finally turning to her bucket list, hoping to tour the most beautiful sights and sample the most scrumptious cuisines—and maybe, even, to fall in love again. But a year in Europe may have different plans in store for her. Can A-type Diana learn to go with the flow, to be spontaneous, to let down her guard and to learn to truly enjoy life again? 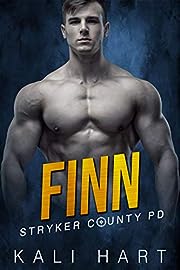 Valerie
I was supposed to be in Maui for my birthday.
My friends try to make up for the missed trip by throwing me something smaller at home.
But the quiet party turns rowdy before the night is over.
Someone calls the cops.
The hottest man to ever wear a police uniform shows up at my door.

Finn
One noise complaint changes the course of my life forever.
Because of it, I meet Valerie. 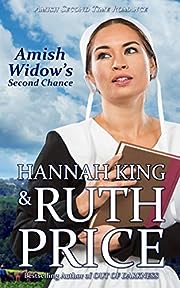 Isaac Mast wants a wife to help manage two growing boys and a prosperous carpentry business. When a letter to a neighboring bishop introduces him to a woman almost to perfect to wed, he seizes the chance to end his bachelor life. She’s exactly what he needs—grace, beauty, and a quiet, feisty spirit. But, recently widowed, the scars on her heart leave the young mother hesitant to trust again.
Mary Troyer loved once, and suffered betrayal. Slightly unconventional, she now lives for the happiness of her little girls. Pressed by her family to remarry, she reluctantly agrees to meet a man she didn’t expect to be everything her first husband wasn’t. Strong, a responsible provider, and determined to win her heart. But the same woman who damaged her first marriage is threatening this new, fragile love as well.
Issac will prove that Mary is worth fighting for, but will her heart open too late? 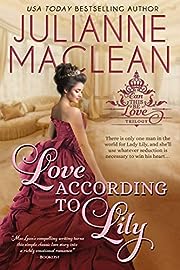 Being raised in a strict, humorless household did nothing to dampen Lady Lily Langdon’s wildly romantic nature — nor cool her lifelong affection for Edward Wallis, Earl of Whitby, her elder brother’s oldest, dearest friend. But Edward cannot see the lovely woman she’s become for the young schoolgirl she once was. So, with lessons in flirtation from her American sister-in-law, Duchess Sophia, Lily means to open Edward’s eyes and win his heart.
But just when her seduction begins to take hold, a shocking twist of fate forces Edward to take stock of the reckless life he has lived. Flirtation with his best friend’s younger sister is the last thing he wants, but Lily cannot give up the dream of rapture that surely awaits her, if only she can prove to the handsome, haunted earl that it is never too late to fall in love. 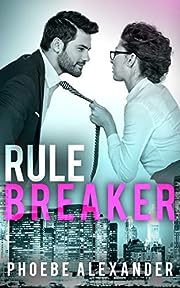 Athena Lennox rose to power in the magazine industry by working hard, following the rules, and knowing which secrets to keep. Though her magazine is on the chopping block, she’s assembled her dream team and is ready to wow the board with the perfect pitch for a relaunch.
But her recently retired husband is ready to play. Warren has been hounding Athena to take a vacation and has even crazier ideas too–what exactly is a “hotwife,” anyway?
Athena swore she’d never mix business with pleasure, but breaking that rule might be the only way she can guarantee a successful launch and indulge her husband’s wildest fantasy. She sets her sights on one wickedly handsome hottie, who just happens to be the marketing director. Ramsey Pearce has some secrets of his own–and Athena plans to leverage them.
When Athena is pulled in three different directions, between her husband, Ramsey and the magazine, she has to decide which secrets to keep…and which rules to break. 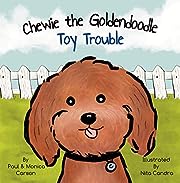 When Chewie accidentally breaks his boy Henry’s toy, he goes off on an adventure to make it right. Along the way, he meets new people, gets himself into sticky situations, and learns an important lesson about friendship and forgiveness! 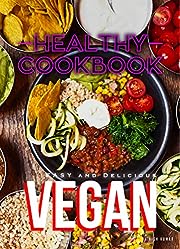 Quick and Easy Plant-Based Recipes For Weight Loss. With A Complete Healthy Meal Plan And Make Delicious Dishes Even If You Are A Beginner. 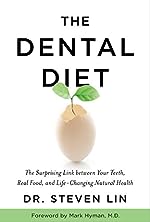 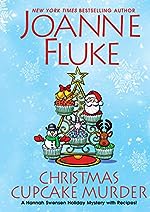 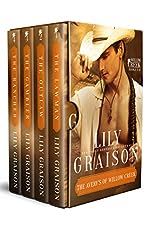 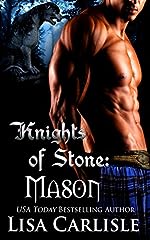 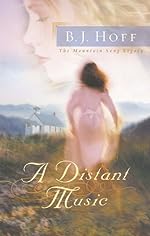 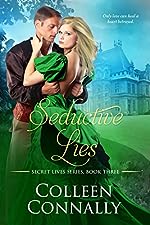 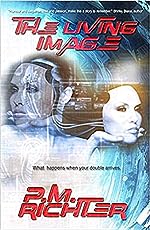