Losing It: A Collection of VCards 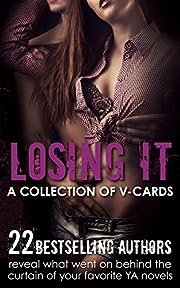 Here are 22 sweet and sexy ways to turn up the heat!

In this YA/NA crossover collection, all of your favorite heroines are cashing in their VCards! YA just got steamy, sexy, and not afraid to go all the way!

22 Bestselling Young Adult authors reveal what went on behind the curtain in your favorite YA novels! From paranormal to contemporary, this collection features over 200 pages of ALL NEW CONTENT full of sizzle and heat!

Losing It features intimate liaisons, spontaneous sex, awkward and romantic first times between contemporary and paranormal characters. Scenes that will make you blush, and moments that will have you laughing out loud. From mating rituals to fairies, the undead to the unsuspecting, there’s something here for every mood.

Gypsy Hunted: a psychic paranormal book with a touch of romance (The Gypsy Medium Series 1) 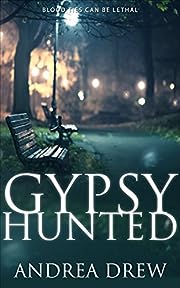 Reluctant psychic Gypsy Shields (she prefers the term “intuition consultant”) finds herself in trouble when, on her way home from a blind date, she interrupts a kidnapping in progress. Her heroic attempt to intervene is repaid with a collision between the attacker’s van and a brick wall. She awakens in hospital, paralyzed on her left side and unable to speak. Unable to share vital information about the crime she witnessed. Fortunately, her telepathic connection with her niece helps her throw a line out, attracting the attention of a police detective: Connor Reardon, Gypsy’s date the night of the attack.

Stepping in to protect Gypsy, Connor even listens to her claims of psychic power. She soon senses he’s concealing certain powers of his own. Nor are they all he’s concealing. A part of Gypsy’s new ally’s mind is closed to her. What she cannot know is that Connor suspects the kidnapper is someone close to him, and the victim holds secrets that will tear through Connor’s department, putting careers and lives at risk. Including Gypsy’s, as she is left recovering in hospital and vulnerable as the attacker turns his sights on her once again.

Can she use her powers to track down the perpetrator in time to prevent her own murder?
Free as of 05/11/15 for Kindle. Click here to find out if this book is still FREE.

You Are My Sunshine: A Novel Of The Holocaust (All My Love Detrick Book 2) 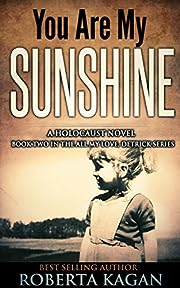 When Helga Haswell becomes pregnant by a married SS officer who abandons her, she finds herself alone and desperate. She is afraid to tell her parents that she is pregnant out of wedlock, so her doctor suggests that Helga check into Heinrich Himmler’s home for the Lebensborn. This is a program, he explains, that has been instituted by the Nazi’s to create perfect Aryan babies. Since Helga is of pure German blood and the child’s father is an SS officer, she will be accepted, the doctor explains. Her child will have a good life because adoption is available only to the finest of Hitler’s Elite. Not only this, the doctor says but during her pregnancy, Helga will have the finest food and medical care available. And, instead of a life of shame, she will be honored for her efforts in producing a perfect Aryan child for the new world that Hitler is in the process of creating. Then after the baby is born, the Lebensborn will take the child and assume all future responsibilities releasing Helga to live her life without the burden of a fatherless offspring. In her desperation, all of this sounded perfect to Helga, that was of course before she felt life stir within her womb. However, by the time this occurred it was already too late. She had already moved into Steinhoring, home for the Lebensorn, and there was no possibility of turning back. The papers were signed. She could not escape. Hitler owned her unborn child.
On a cold day in January Helga’s little girl came into the world. But instead of being sheltered by her mother’s arms, she was torn away by the nurses at the home for the Lebensborn and thrust into a treacherous world where the very people sworn to protect her were not what they seemed. The little girl was growing, and she was amongst some of the cruelest people on earth and subjected daily to the ideology of the Third Reich. But when Hitler became convinced that he was indestructible and, went to war on two fronts dividing his army, Germany began to fall. The Nazi’s became fearful as America entered the war joining Churchill against them in the west, while Stalin a formidable enemy with the brutal Russian winters on his side, ripped them apart in the east. And so, the tables turned on the Third Reich. The cruel Nazi’s, who believed they could not be defeated were about to swallow their pride and surrender at the feet of the Allies. The superior race would prove to be inferior after all. Hitler’s elite would run for cover, some would commit suicide; some would be tried in Nuremberg for crimes against humanity, while others would escape with their tails tucked between their legs and head for South America or other friendly ports. But God had other plans for Helga’s tiny innocent child, who had been born on that January morning. The child’s life was about to change in a very strange but significant way. Instead of becoming whom and what the Nazi’s had hoped to create, this child would be befriended and nurtured by the most unexpected people. 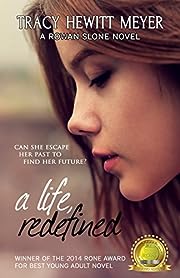 Seven years ago, an innocent act by Rowan Slone turned her life into a nightmare. Since the age of ten she’s lived with the burden of her baby brother’s death. Now she is seventeen and all she wants to do is graduate high school, go to college, and escape the loveless family she has endured all these years—the same family that holds her responsible for his death. But no one holds her responsible more than herself.

When long-time crush Mike Anderson invites her to the Prom, suddenly her future looks brighter. Rowan’s younger sister, Trina, however, is determined to ruin her new-found happiness, no matter the cost. And when Rowan discovers her mother’s long-held secret, she finds herself teetering on the edge of an abyss. Can Rowan find the strength to move toward the future or is she doomed to dwell in the past?

Against All Odds (The Infinite Love series, Book Four) 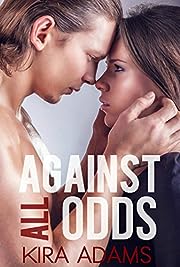 Austyn Garrett hasn’t always had an easy time with relationships. But when she meets Avery on a cruise ship, everything changes. Fast forward six years and they are more in love than ever. Austyn knows he’s the one and is ready to take the next logical step. So why is Avery so adamant on waiting?

Avery Phillips knew Austyn was the one with one simple look. He loves Austyn, there is no doubt about that. But he is in no rush to settle down. They already act like a married couple. Isn’t that good enough?

What happens when the life you’ve grown accustomed to is ripped away in a mere second? Can love really overcome all of life’s obstacles? 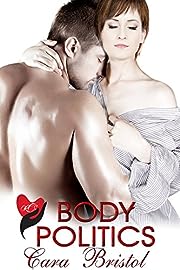 Feminist Stephanie Gordon knows the instant she meets blind date Mark DeLuca it’s not going to work. Sure the deputy chief of police is criminally sexy, but he’s arrogant, domineering and sexist. Thank goodness after the evening ends, she’ll never have to see him again.

A member of the Rod and Cane Society, an organization of men who spank, Mark DeLuca is attracted to Stephanie like a paddle to a well-rounded bottom. He sees beneath the shield of feminist militancy to the soft, sensitive woman she tries to hide. When she storms away in a snit, the chase is on. Can a spanko convince a diehard feminist her true strength lies in submission?

Samantha Montclare is not who she thought she was. Straitlaced and academically minded, she’s knocked to her knees by an unexpected infatuation with the star of her local soccer team just as she discovers that her biological father is not the loving dad who raised her but a forbidding Italian aristocrat.

Within the social hierarchy of a wealthy suburban high school, Delaney Troy is so superior to naive Samantha that she can’t speak to him without provoking obscene taunts from his friends.

Delaney is gorgeous, but much of Samantha’s fascination stems from his brazen honesty and bristling wit. His air of confidence inspires so powerful an interest he draws her in without even looking at her.

But how could she possibly date a guy like Delaney who insists he only wants to hook up — and doesn’t believe in love?

Will the scandalous truth about the circumstances of her conception threaten her happy home life?

Must she find a place in her life for an alarming new “father” just as she’s becoming an independent young woman?

Nobody Can Take My Happy Away 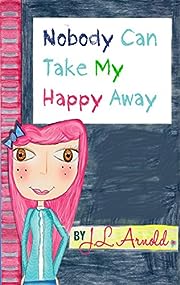 Emily is the new girl at school. She learns quickly that her first day at a new school isn’t going to go the way she expected. She gets teased about her appearance among other things. At first, Emily thinks that there is something wrong with her, and wonders if there is something she can fix about herself to get the other kids to stop teasing. She soon learns that the problem isn’t her, it’s them. Together with some new friends that she initially overlooks due to her worries, they bring about change at their school with confidence, communication and teamwork.

This book is written by Jessica Arnold, the author of “I am Good at Lots of Things” and “Hello My Name is Rose and this is My Christmas Story”

“Nobody Can Take My Happy Away” is inspired by her own real experiences. Jessica communicates her feelings with this story about how she got her “happy” back and her confidence. 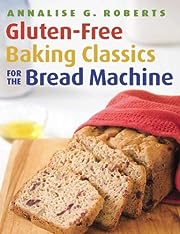 Bread may be the staff of life, but if it contains gluten it can trigger an allergic reaction, and even provoke serious digestive disorders like celiac disease. Consumers who love bread but must avoid gluten have long been at the mercy of mediocre products and high prices. With this timely cookbook, they can have their bread and eat it, too. Acclaimed author Analise Roberts developed these simple, foolproof recipes for the Zojirushi bread machine. Roberts’ outstanding recipes range from simple and satisfying Basic Sandwich Bread to complex and scrumptious Golden Italian Bread with Raisins and Fennel. She also offers ethnic breads like Challah and Babka and seasonal delights such as the irresistible Holiday Breakfast Bread. Included are loaves, like Sundried Tomato Roasted Garlic Bread, that contain no eggs or dairy products. 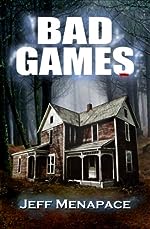 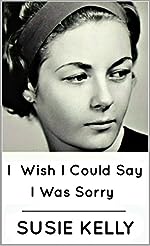 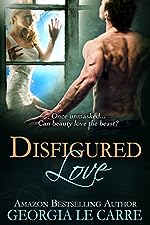 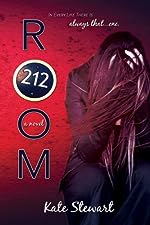 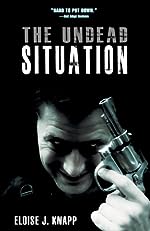 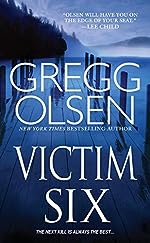 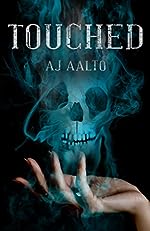 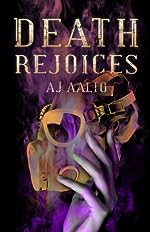 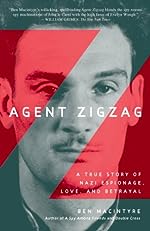 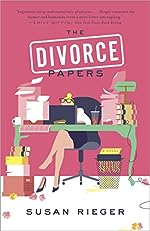 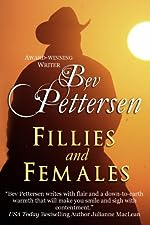 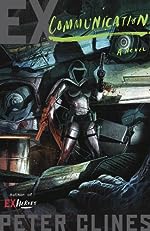 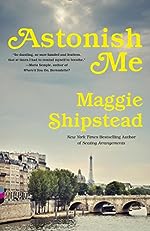 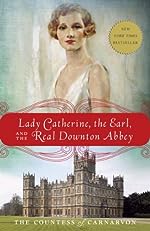 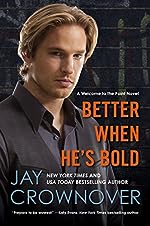 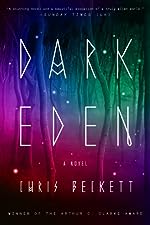 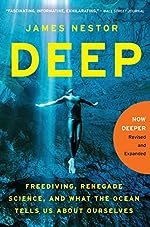 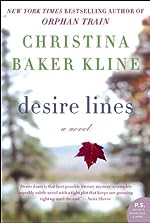 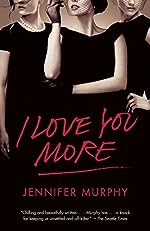 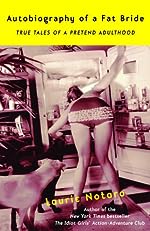 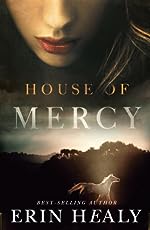 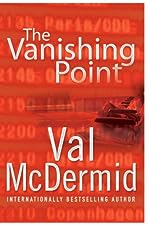