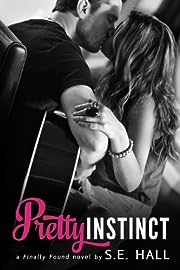 “If opposites attract, then I am nothing. Because you, you are everything.”

There’s no easy road traveled to such an intense sentiment, one I never dreamt I’d feel…

But I also never planned on Cannon Blackwell climbing aboard my tour bus. 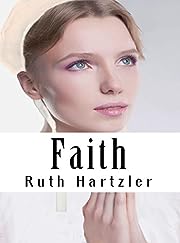 An Amish buggy horse by the name of “Blessing” is passed from one person to another, changing their lives in the process.

For years, Nettie looked after her aged mother Elma, a demanding woman who did not want any involvement with the community.

Now that her mother has died, Nettie is alone. She is regarded with suspicion by the local townspeople, and has had no visitors from her community for some years.

Nettie’s buggy horse has gone lame and has had to be retired, but Nettie cannot afford a new horse. Just as Nettie is despairing about not having any means of transport, a lost horse appears in her driveway, bringing with him far-reaching consequences.

Daniel Glick is drawn to the lonely figure of Nettie, but Nettie wants to be left alone.

However, when Jebediah Sprinkler tries to force Nettie to hand over her house, Daniel springs to the rescue.

As Nettie’s struggles mount, she has to decide whether to take the law into her own hands.

And what will Daniel do when he discovers the secret that Nettie is hiding from him? 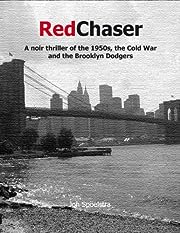 If you enjoy James Ellroy or the Nate Heller books by Max Allan Collins, you’ll love this romp into this 1950s history of spies, Commies and the Brooklyn Dodgers.

Back home in Brooklyn, he became a private detective because he needed a pretend job to hide the source of his riches. Mostly, however, he went to most Brooklyn Dodgers games at Ebbets Field and drank beer.

In between games, Jake did occasionally work at being a detective. His specialty was looking for candid photo-ops of husbands trying to get a little on the side.

Then Joe McCarthy entered the picture. A childhood buddy introduced Jake to Tailgunner Joe. They wanted Jake to steal a secret list of celebrity communists from the Ice Queen, a rich high-society commie named Arabella Van Dyk. The Ice Queen also happened to be the most beautiful woman that Jake had ever seen.

The break-in of the Ice Queen’s brownstone in Manhattan was easy, but it unleashed Russians, North Koreans, J. Edgar Hoover, mobsters and one stunningly beautiful spy in a wild chase for the list.

In the background is the greatest pennant race in the history of Major League Baseball. In 1951, the New York Giants chased the Brooklyn Dodgers for the National League Pennant. That’s the year that Bobby Thompson hit the “shot heard ’round the world.” The pennant—and Jake’s life—came down to the last inning and the last pitch at the Polo Grounds in New York City on Wednesday, October 3, 1951.

Red Chaser is a fresh spin on the crime/intrigue novel. It’s fun, it’s 1950s noir, it’s Brooklyn, it keeps you guessing and when you finish the last page you say, “Wow, that was fun.”

The Haunting of a Duke (Dark Regency Book 1) 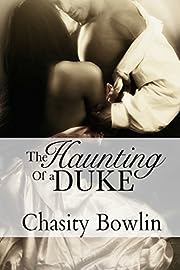 Communing with spirits has been both gift and curse to Emme Walters. Now it’s made her a killer’s target. Emme knows why the Dowager Duchess of Briarleigh invited her to a house party–to investigate whether the duke, Rhys Brammel, murdered his wife years ago. But Emme never imagined she would fall in love with the brooding duke. Branded by society as a possible killer, Rhys is suspicious of Emme and her alleged “gift.” Then a late night encounter creates awareness of her other, more attractive, aspects. When Emme’s life is threatened, Rhys becomes her protector. Emme and Rhys find passion and peril as they join forces to solve the mysteries at Briarleigh. She made him believe in spirits, but can she make him believe in love? 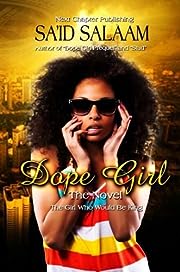 To understand her future we need to explore her past. In this first installment of the DOPE GIRL saga we travel back in time literally and figuratively to Longs Mississippi.

Monsters aren’t born they’ve developed. Witness the events that shaped the mind of this beautiful yet deadly girl. Experience the childhood trauma that the whole world would one day feel. Once Tywanna meets the original DOPE BOY she is forever changed. Changed for the better or worse depends on which side of her gun you find yourself on.

Watch as she morphs from sweet country girl Tywanna into street savy Cameisha. She’s smart, pretty, and viscous. She is the DOPE GIRL.

THE GIRL WHO WOULD BE KING!!

Solo Tu (Only You- Paranormal Romance) 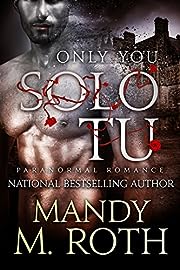 A witch by birth, Francy Montgomery feels she’s merely a fledgling in the eyes of the supernatural world. Only one man believed in her abilities, a man who ignited a magical fire within her that burns for his touch, despite his rejection. Now she has to face him again, and tell him of her intent to marry another rather than wasting her life wanting what she can never have.

Dante Guerrasio’s patience has just run out. The mate he’s waited centuries to find is now at a point in her life that’s she’s ready to be claimed as his. In fact, she’d be his already if some meddling magic hadn’t interfered and kept him at bay when she was eighteen. The wolf inside him needed her then, but the man he is knew that Francy needed to taste her freedom before he could taste her. How did his suggestion that she experience life for herself lead her into the arms of another man—his sworn enemy. 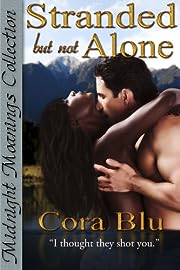 Simone Daniels should have known something was wrong when Ronald kept his suit jacket on. He never lounged after work with his Armani suits on. It did not take long for him to break her heart. Four months later at the urging of her best friend Kim, she embarked on a two-week vacation to Austria. Having lost her baby, she needed time away. She never saw the adventure coming. Now all she wants is to get back to America.

Seth Dragoslava would find his twin brother, stolen from his parents thirty years ago from a Russian hospital, if it kills him. Never having his mother’s full attention growing up in Russia as she mourned his twin, all he wants is to give her closer one way or another. In the mountains of Austria, he’s tracked down the family. Only someone does not want him to find his brother.

When these two find themselves stranded in the mountains, will they survive the flying bullets, hungry wolves or each other’s attraction long enough to make it back to the hotel alive? When he finds his brother, will he have another wolf licking its lips at the beautiful American by his side that he cannot shake from his mind? Alternatively, has their adventure just begun?

All Fall Down (Hostage Negotiation Team #1) 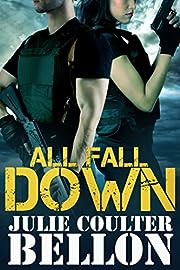 Ring around the rosy, a pocket full of posies, ashes, ashes we all fall down . . .

That simple rhyme turns negotiator Claire Michaels’ current hostage situation into an international incident. Claire just wants to help get everyone out safely, but as the crisis escalates she realizes she’s dealing with an al-Qaeda operative who has the means to become another bin Laden—with the potential to attack America. Claire has her own personal reasons for wanting to stop al-Qaeda, but time is slipping away as negotiations break down. Can she overcome her scars of the past in order to get the hostage out alive and possibly stop an assault on U.S. national security?

Navy SEAL Rafe Kelly is on leave to recover from a knee injury he suffered during his tour in Afghanistan and he doesn’t expect to be fighting terrorists on his home turf. But when he is taken hostage and his brother is kidnapped, Rafe teams up with a hostage negotiator in order to stay alive and get his brother back. The terrorist is always one step ahead of them, however, and the situation quickly turns from desperate to deadly. Will Rafe be able to save himself and his country without anyone he loves getting caught in the crossfire? 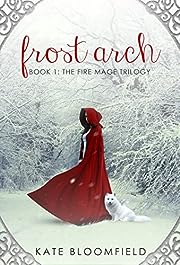 In a future where ignorance has destroyed the world that we know, humans are slaves and Mages – advanced beings with abilities beyond everyday reach – rule the land.

Avalon is one such Mage. Barely eighteen years of age, she wields the gift of fire yet she is unable to control it. She leaves her family in the dead of night and heads to the city of Frost Arch, her future seemingly grim.

Will Avalon be able to overcome the trials that befall her? Will she be able to save the ones she loves and stay strong within herself? 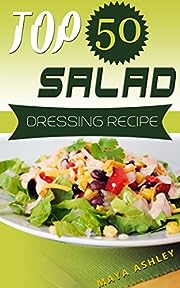 This Book Will Show You About How You Can Prepare Professional Salad Dressing Recipes Without Being a Professional!

This Salad Dressing Recipes Book Can Be Used by Beginners, As Well As Those Well Informed Chefs.

Click The “Buy” Button And Start Cooking Salad Dressing Meals At Home. If You Don’t Have Kindle You Can Still Read This Book On Your Web Browser Using Amazon Free Cloud Reader.

Following Are The Core Points Of This COOKBOOK That Will Do Much Good For You!

• Each Recipe In This Cookbook Is Healthy, Tasty And Easy To Prepare.

• Each Recipe Is Accompanied With Captivating, Beautiful And Colored Picture Of The Final Outcome Recipe.

• Step-By-Step Directions For Preparing Each Of The Recipes That Makes The Process Of Cooking Much Easier And Quicker.

• Ingredient For Every Recipe Is Clearly Written And Measurements Are Given In Very Simple And Easy To Understand Manner.

• The Navigation Between The Recipes Has Been Made Super Easy.

• The Cookbook Comes With Linked Table Of Contents Which Made Jumping To Your Preferred And Desirable Recipe Very Easy By Just Clicking On The Recipe.

• Each Salad Dressing Recipe Inside This Cookbook Has Its Own Nutrition Facts Which Shows Calorie Information, Total Fat, Total Protein, Total Cholesterol And Total Carbohydrate Information.

For A Full List Of What You Can See Inside, Scroll Up And Click On The Look Inside Feature And Check Out The Table Of Contents!

Don’t Lose Your Chance And Join Thousands Of Readers Today Before the Price Becomes Higher!

No Matter What Your Eating Style, These Salad Dressing Recipes Are Simply The Best Collection Of Wholesome And Healthy Quick And Fast Recipes Around. 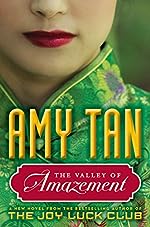 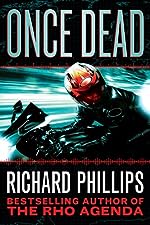 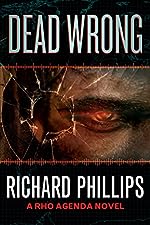 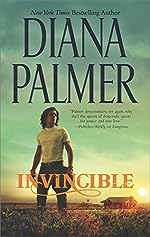