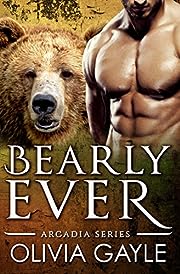 Ever Jackson came to Arcadia to track down her missing sister, but was immediately met with suspicion by the strange residents. Nobody’s willing to help her search, but she’s determined to get to the bottom of things. Even when a pesky town sheriff decides to stick his nose where it doesn’t belong, lawman or not, Ever isn’t leaving Arcadia without her sister.

Aidan Tucker preferred humans stay out of his Shifter town. They’re a danger to his world, especially nosy ones like Ever. His job was to get the girl off Shifter land…until he got a whiff of her, and realized with a shock that the little spitfire who won’t back down from a fight is both human, and his mate.

The human might get herself killed, so Aidan tags along even though she doesn’t want his help. But there are secrets in his town that go beyond mere shapeshifting, some that even the Sheriff doesn’t know, and Ever Jackson may be right in the middle of trouble…

Katie Boyd has nothing in common with Tom Bridge, the volunteer doctor she meets at a party – except in bed she finds a passion to match her own. Tom is intense, puzzling, a man who cares about others and compels Katie to question her own life drifting through the hip clubs and London party scene.
When Tom returns to his post in a Sri Lanka orphanage, Katie isn’t sure if their passion was lit by its brevity, or if love, unexpected and not entirely wanted, has edged its way into her life. Should she go back to being who she always was? Or follow Tom into the unknown?

A CHILD OF A CRACKHEAD II 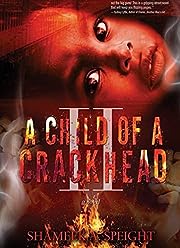 With the notorious Black Ice missing or assumed dead, Michael Jr. and Rachel try to live a normal life. Will Rachel be able to fight the urge of wanting to get high? Will Michael Jr. be able to fight the blood that’s running through his veins? Or will he be subcumbed to what he hates most, the demon he calls a father or the life of being once a child of a crack head break him? 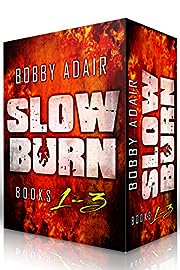 A new flu strain has been spreading across Africa, Europe, and Asia. Disturbing news footage is flooding the cable news channels. People are worried and frightened.

But Zed Zane is oblivious. He needs to borrow rent money from his parents. He gets up Sunday morning, drinks enough tequila to stifle his pride and heads to his mom’s house for a lunch of begging, again.

But something is wrong. There’s blood in the foyer. His mother’s corpse is on the living room floor. Zed’s stepdad, Dan is wild with crazy-eyed violence and attacks Zed when he comes into the house. They struggle into the kitchen. Dan’s yellow teeth tear at Zed’s arm but he grabs a knife and stabs Dan, thirty-seven times, or so the police later say.

With infection burning in his blood, Zed is arrested for murder but the world is falling apart and he soon finds himself back on the street, fighting for his life among the infected who would kill him and the normal people, who fear him.

All three have been infected but have not succumbed to the most pernicious symptoms of the virus. Nevertheless, their band of fearful survivors, have ostracized them.

Back on the street, with weapons to defend themselves but little food in their packs, they embark on a search for Murphy’s family while following a rumor of safe haven in the form of a doomsday bunker in east Austin.

But the world is more hazardous than they know. They expect violence from the voracious infected but they have harsh lessons to learn about the uninfected. And humans to support the infrastructure of modern civilization, they find that danger comes in many forms.

Zed is saying goodbye to one friend and pressing forward with two new ones, Mandi, whom Zed and Murphy rescued from the bunker, is immune to the virus, and Russell, also a slow burn, but lower-functioning, childlike and docile.

After seeing the carnage at the dormitory, a raging, vengeful Zed wants only to kill Mark, his nemesis and the former leader of the ROTC squad. Since Mark has disappeared, Zed unleashes his fury on untold numbers of infected in his path as he makes his way back to the hospital, in an attempt to rescue Steph, a nurse whom he befriended while seeking help for the feverish Murphy shortly after the prison riot. But the brave medical staff, holed up on the tenth floor of the hospital, and running out of provisions, has decided to take matters in hand by exposing themselves to the virus, and shooting those who “turn.” Zed is determined not to face another loss, but time is running out. 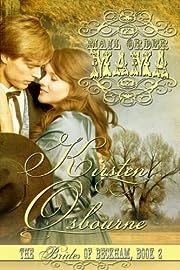 When Emily’s mother decides to marry, her fiancé says that twenty year old Emily needs to find a new place to live before the wedding. Emily has always been exceedingly shy and has no idea what to do. She runs across an advertisement for mail order brides and responds, hoping to find a good situation. Benjamin lost the love of his life just months before. He and his girls need a new mama in their house. Will Emily be the mama they need? 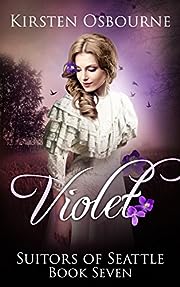 At the age of twenty, Violet Sullivan is on her way to having everything she’s ever wanted. Her first art show was a success, and despite a slight altercation with the gallery owner, she knows that she is going to go places. A husband and children aren’t on her horizon. She can’t have a career and a family, can she?

The only thing Jonas Smith can concentrate on is justice. His sister and brother-in-law have been murdered, and he won’t be able to rest until he sees their killer brought to justice. He only wishes he could stop thinking about Violet Sullivan. Will the two of them be able to see past their differences to find the passion lurking inside? Will they find love before it’s too late? 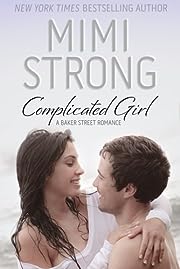 A heart-warming story with sensual romance

“Complicated Girl crackles with the energy of Mimi Strong’s trademark wit and comedic edge. You will swoon for Drew, who is as charming and sarcastic as he is well-dressed.”

Opposites attract when a rough-and-tumble florist meets a sophisticated, well-groomed dentist at her self-help group.

Drew Morgan looks like he stepped out of a men’s fashion magazine. He smells even better. He comes on strong the first time he meets Megan (a.k.a. Meenie), getting her away from the group so he can lay on his charm.

Meenie doesn’t have much practice with flirting, so she does the next most logical thing to get Drew over to her house. She gets a pair of pliers, yanks off her dental cap, and calls Drew on his after-hours emergency number.

When Drew shows up with his stylish leather doctor’s bag, and snaps on his latex gloves, the dental procedure goes horribly wrong and the romance goes surprisingly right.

Once Meenie’s tooth is repaired, the only thing left to fix is the enormous problem she won’t admit she has. Now that she’s in danger of losing her perfect guy, the stakes have never been higher for Meenie to finally stop being so complicated. 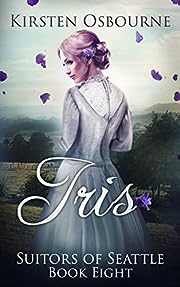 Iris Sullivan worked hard for many years for her medical degree. When she finally obtained it, no one would hire her simply because she was a woman. The town of Nowhere, Texas was the only place she could find work in her field, so she made the move with her companion Edna Petunia Blue, fully expecting to spend the rest of her life as a spinster. When Francis Harvey walked into her office shortly after her arrival, she was surprised at the feelings he inspired.

Francis Harvey had lost his wife of seven years in childbirth and was doing his very best to raise his three daughters on his own. When his eldest broke her arm, he rushed to town for the new doctor, not anticipating what he would find. When he saw a female doctor, he immediately assumed she was a midwife and the town had made a mistake hiring her. He couldn’t help but be fascinated by the blond beauty. Could he convince her that he cared about her and not just having a mother for his children? Or would they forever remain alone? 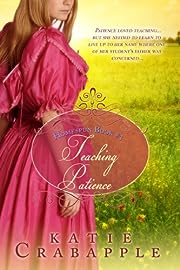 Patience is a schoolteacher on the Minnesota Prairie in 1893. She loves her job, but when she has to confront the single father of one of her students about his lack of interest in learning, she’s left feeling angry. When the two are stuck together in a freak snowstorm in the schoolhouse with Patience’s students, they each learn there’s a lot more to the other than meets the eye.

This is the third book in the Homespun series. 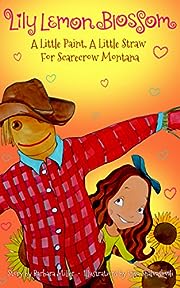 What did Lily Lemon Blossom do today to make everyone so happy? Well, it all has to do with her friend Scarecrow Montana. He was losing his straw and his happy face had just about faded away. When Lily told her family her big idea, they all went to work

and turned Montana back into the happy scarecrow that always made her smile. 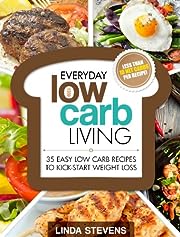 Are you looking to lose weight?! Do you have diabetes and are looking to control your blood glucose level?! If so, you may want to consider a low carb diet. A low carb diet has many positive outcomes including: weight loss (even when you are not consciously counting calories), reduced blood glucose for those with diabetes, increased HDL (“good” cholesterol), and decreased blood pressure.

This low carb cookbook will provide you with some of the very best mouth-watering recipes for breakfast, lunch, dinner, dessert and snacks. Shrimp in Pesto, Crab Salad, Zucchini Lasagna and Grilled Bruschetta Chicken are just some of the tasty recipes that you will find in this cookbook.

Serve up Scallops with Vegetables or a Cauliflower Pizza for dinner tonight and get started on your way to a healthy lifestyle!!! 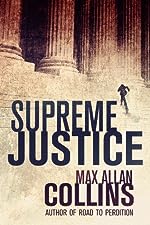 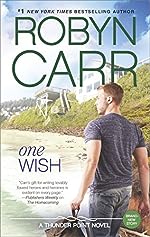 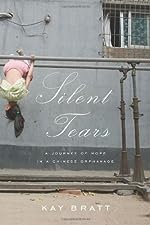 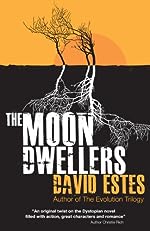 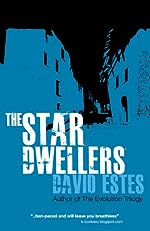 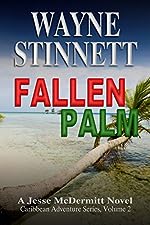 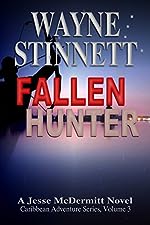 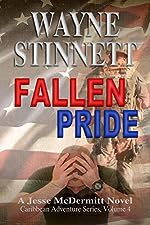 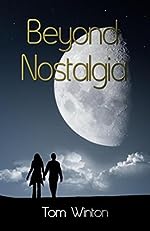 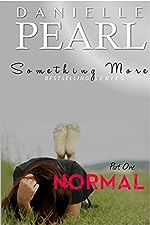 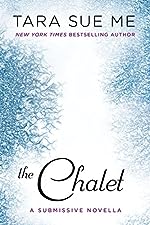 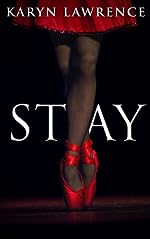 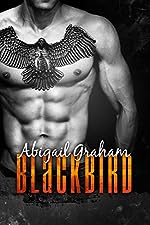 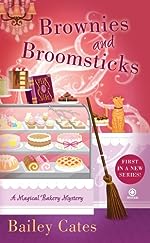 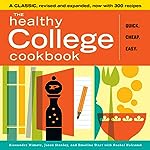