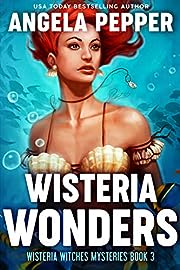 Zara Riddle is trying to find work-life-magic balance, but there’s one big secret this witch needs to crack.

Chet Moore, the moody shifter who lives next door, has been running hot and cold like a broken faucet ever since they met. Zara finally resorts to magic to get the truth out of him. It turns out her instincts were right. Chet has been hiding something, and it’s a doozy.

Now Chet wants Zara’s help with an intensely personal mission. He wants her to track down a lost soul and solve a cold case – a strange and violent case that powerful entities would rather keep buried. Diving in will put them both in danger.

Zara tries to be a good witch. Zara should push aside her feelings and help the lost soul, but… it’s so hard to do the right thing sometimes. Zara might be one crafty witch, but she’s still a woman. Why should she stick her neck out to help people who lie to her?

On the plus side, Zara’s got a new friend helping her. On the minus side, the friend is a gorgon.

When the shocking truth is finally unveiled, not everyone is going to get out alive. With this mission, the only thing worse than failing is succeeding. 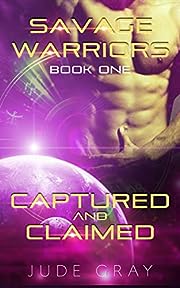 She’s abducted from Earth and sold into slavery. Can love break the chains that bind her?

Grabbed from the street in broad daylight, Briony is soon sold to a cruel alien leader who needs human women for a very specific purpose.

They must “recharge” the vicious warriors he forces to fight in his arena.

Given to the best fighter in the section, she finds she has arrived in the middle of a secret escape plan.

She is surprised to find herself attaching to the handsome alien fighter, and puts everything she can into their risky run for freedom. 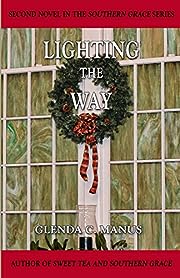 The author of Sweet Tea and Southern Grace, Glenda Manus, delivers another emotionally charged work of fiction. Lighting The Way is the second of five novels in the Southern Grace Series, and once again focuses on Rev Rock, the Presbyterian minister in the quaint little town of Park Place, South Carolina and his new bride, Liz.
It’s the Christmas season and storefront displays, twinkling Christmas trees and busy shoppers liven up Main Street as the town prepares for its most exciting season of the year. Christmas parades, candle lit street lamps, and children’s Christmas pageants pump up the holiday spirit, but not everyone in town is celebrating.
Maria drifts into Park Place trying to escape an abusive husband. Broken in body and spirit, at first her goal is just to survive and protect the baby she’s carrying, but as she’s slowly introduced to the good people of this small Southern town, she comes to believe that kindness and compassion can lead her out of the darkness of her former life. Just as she seems to overcome the obstacles, she’s once again gripped by fear when she spots her husband’s car in town. How did he find her and what will she have to do to protect herself?
Rev Rock and his faithful flock of Presbyterians in the little church with a bell tower help make this a Christmas story Maria will never forget. 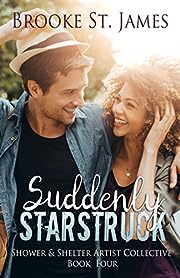 Bad Medicine was one of television’s most popular dramas, and Ethan Prescott was the show’s biggest star. He was a talented actor and an all-around good guy. His quick wit, intelligence, and dashingly handsome appearance only added to his larger than life persona. And somehow, Macy Tillman ended up sitting right next to him at dinner.

Macy was a gifted artist and former resident of the Shower & Shelter Artist Collective. Though she was still pursuing a career as an artist, she also devoted much of her time to caring for her young niece while her sister was at work. Her quirky personality, unique perspective on life, and stunning beauty captivated Ethan.

Macy made Ethan experience feelings that he had never known. It was about more than just being attracted to her. Somehow, Macy inspired Ethan to want to be a better person. But those feelings were overwhelming, and they made it difficult for Ethan to decide whether or not he should follow his heart. 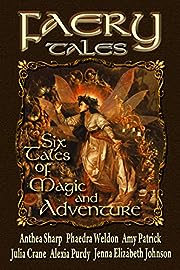 This magical anthology includes six tales of adventure, love, and treacherous fey magic from six award-winning, bestselling authors. Enter these fantastical realms where dark powers lurk and the ordinary world can be transformed in a heartbeat to a place of wonder—and danger. From the hidden fae folk dwelling among mortals to the challenges of babysitting a malicious fairy, these tales will cast their enchantment over you!

THE MORRIGAN – Phaedra Weldon
Irish folklore student Tam Kirkpatrick finds himself the focus of dark Faery forces intent on stealing his shillelagh. The catch is—Tam never knew he had one, let alone that he was the son of a Leprechaun. Now he must find his shillelagh and claim his heritage, before it’s too late.

THE SWAY – Amy Patrick
A member of the Dark Court, Vancia has spent her life among humans—together but separate, hiding in plain sight. Now Pappa says it’s time to put her glamour to use against the unsuspecting humans and worse, agree to an arranged political marriage with the reclusive Light Elven prince.

HOW TO BABYSIT A CHANGELING– USA Today bestselling author Anthea Sharp
When a mortal boy is exchanged for a hideous faerie creature, Marny Fanalua steps up to help her friends in their battle against the Dark Court.
*NOTE * The events in this novella occur simultaneously with Feyland: The Twilight Kingdom. Reading the complete Feyland Trilogy first is recommended if you would like to avoid spoilers.

FAELEAHN – Jenna Elizabeth Johnson
Meghan and Cade are ready to pledge their souls to one another in a traditional bonding ceremony of Eile. While sharing their news with friends, the faelah bounty hunter and the princess of Erintara grow even closer as their love is reflected back to them by those they hold most dear.
*NOTE* The events in this novella take place after the conclusion of Luathara, the third book in the Otherworld Trilogy. If you wish to avoid spoilers, you might want to read the first three Otherworld books (Faelorehn, Dolmarehn and Luathara) before reading.

ARRANGED – Julia Crane
Magick’s been restored on earth but it comes at a crippling price. With the planet on the brink of destruction, an unlikely pair must work together to try to bridge together a lifetime of hatred. Will their forbidden romance bring their worlds together or tear them apart?

WITHOUT ARMOR – Alexia Purdy
The Unseelie are up to no good… My name is Benton, and I hunt the darkest of creatures in existence. Especially when they get unruly and try to invade my home, the human realm. Betrayal, broken hearts and uncharted magic…I never saw it coming. 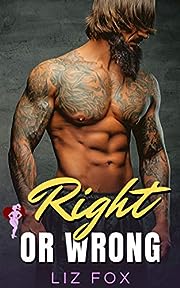 A short, sweet, & steamy romance featuring a curvy woman and the alpha man who claims her.

Cassie
I wanted to be a mother, not a business owner. But life had other plans.
Now, my employees are like my kids and my heart is closed for business.
When I need help and I’m all alone, a near stranger sweeps me off my feet. Literally.
He’s the exact opposite of what I went for in the past.
Although… I’m starting to see the appeal of muscles, tattoos, and a man who likes cats.
But can I trust my heart even if my mind says it’s wrong?

Kace
I’ve been a bachelor for a while, but I always knew what I wanted in a woman.
I haven’t found her yet, but now I have a new job in a new town and a whole new start.
When I see a gorgeous woman at a lingerie fashion show, I know she’s the one for me.
She’s classy, curvy, and exactly my type.
Now, I just have to convince her that what we have is right.

This is a Sweet, Steamy Short Story Romance. No Cliffhangers. This is the third in The Right Men series, and can be read as a standalone. If you love short romances with steamy sex scenes and a sweet love story, then you’ll love this book.

Playing the Enemy (The Trouble with Tomboys Book 1) 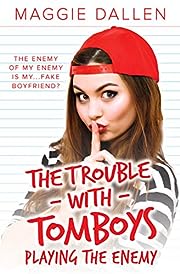 Hannah’s ex has some nerve. First he breaks up with her in a text, and now he thinks he can take soccer away from her? Think again. As the captain of their intramural team, her ex might be able to kick her off his team, but he can’t stop her from playing for their rivals.

The enemy of my enemy is my…fake boyfriend?

The fact that her new team captain is her ex’s arch nemesis? Even better. Playing for River’s team on the other side of town is the perfect payback. When her ex sees them together and gets the wrong idea… Well, what’s the harm in playing along? Hannah’s already learned her lesson about falling for a teammate and it’s not a mistake she’ll ever make again. Besides, her relationship with River is just for show—a way for them both to get vengeance on her ex. His kisses might muddle her mind, but he’ll never steal her heart…right? 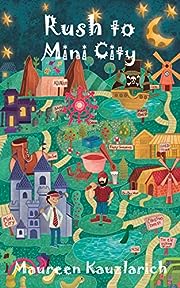 A magical golf course. A miniature mystery. A ticking time clock or it all disappears.

Packed with fast-paced action and humorous characters, Rush to Mini City is the middle-grade book both boys and girls will love! The story follows Rush, heir to Mini City Miniature Golf, a broken-down minigolf course. Unlike his family, who cared for the golf course for generations, Rush doesn’t care that it is set to close on Halloween.

But on the night before its closure, a mysterious person lurks around the 18 holes. Rush, who suffers from Ehlers-Danlos syndrome, chases after the trespasser as best he can until they disappear, leaving only golf shoes behind. Struck by an unexplained force, Rush shrinks by the first hole. This is where the adventure begins. . . .

At every themed hole a hand-crafted “miniature” comes alive bringing new characters and trouble for Rush. He finds out the magic his great-grandparents instilled in the miniature characters is leaving the game. Rush must follow an enchanted golf ball to the 18th hole and stop the villain who is stealing the magic.

Along the way, a treasure hunt for seven lucky items ensues and every miniature he encounters could either be a friend or foe. Unfortunately for Rush, he only has until midnight to collect the items before the villain. Readers of all ages will have fun unfolding the mystery that is Mini City. 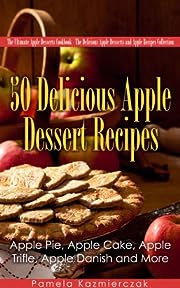 Are you looking for Recipes for The Perfect Apple Dessert?

This cookbook has a little bit of everything when it comes to apple desserts and apple recipes. Whether you are looking for fabulous fall or autumn recipes or you just love using apples, this is the perfect cookbook for you!

Enjoy the delicious taste of apples in a variety of desserts and other types of recipes today!

The type of recipes you will find inside 50 Delicious Apple Dessert Recipes – Apple Pie, Apple Cake, Apple Trifle, Apple Danish and More are indicated in the title – plus other wonderful apple desserts as well! We hope you enjoy them all!

What Type apple recipes are in this book?

Some Examples of the recipes include: 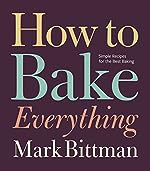 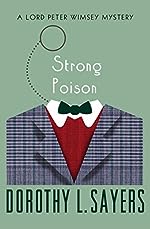 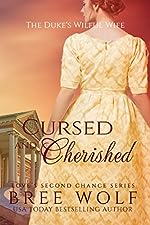 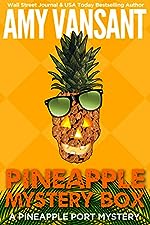 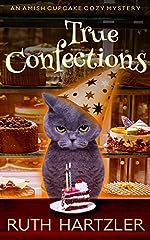 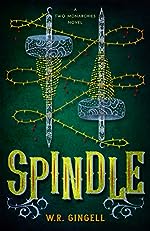