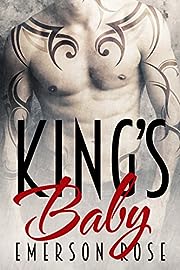 The law can’t touch me, but a life of crime is a life of punishment without handcuffs.

I’m the last living heir to the Romero drug empire, and the glory shines like $hit. With money and power comes death and destruction. I lived it. I suffered through it.

And then I found her.

I didn’t know her name was Holland.

I didn’t know she was a violin prodigy.

I didn’t know she was the one pure and good thing I’d capture for my own.

And then I destroyed her.

She carried my child. My hope. My legacy.

And I had to protect them both…even if it meant doing the unthinkable. 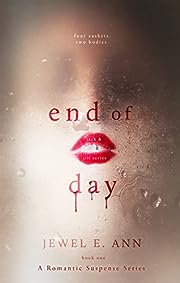 Earth to earth, ashes to ashes, dust to dust; in the sure and certain hope of the Resurrection to eternal life.

Jessica and Jude Day witness their funeral and that of their parents a few yards away from mourning family and friends. Stripped of the only life they’ve ever known, the Days say goodbye to San Francisco forever.

Six months later, two thirty-year-old misfits with elite self-defense skills and penchants for alcohol, sex, and trouble arrive like an earthquake to Peaceful Woods, a retirement community in Omaha, Nebraska, that thrives on rules and gossip. Welcome home, Jackson and Jillian Knight.

Jackson celebrates his new beginning by embracing his job and wiping his cavalier past clean with a temporary oath of celibacy. But Jillian’s past is branded into her soul—the deaths, the insanity, Dr. Luke Jones, and the need to make her lovers bleed. Her chance for redemption comes in the form of a next door neighbor, one Senior Master Sergeant Monaghan. He’s sexy, dangerously alluring, and riddled with emotional issues from years of service. He’s also … So. Damn. Grumpy.

Their mission is simple: Let go, start over, don’t kill anyone, and pray that nobody wakes the dead. 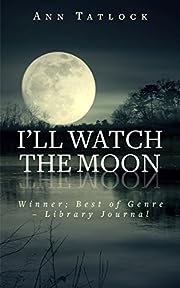 A single mother embittered by an abusive marriage. An adventurous 14-year old son and the 10-year old daughter who adores him. A boarder in the house, a war refugee with a murky past. It’s the summer of 1948, hot, and Polio stalks the children, taking them one by one. When it strikes the son, will he be in an iron lung the rest of life? And when redemption comes, it comes from a most unexpected source. 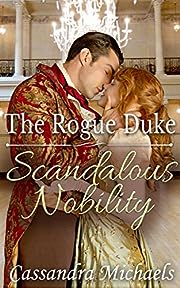 Sophia has always dreamt of a life of adventure, but living in a small town doesn’t provide you with much of that.

Since she was little, Sophia used to hide away in her father’s library and escape to exotic places that she believed could only exist between the pages of a book. When her father passed away, the library turned into her place to remember him and feel close to him.

Sophia’s mother has different ideas over what will make her daughter happy, though. She’s convinced that all it will take is the right man and the right wedding dress. So when some passing dukes visit town, Sophia’s mother makes it her priority to make sure they’re introduced.

Sophia isn’t impressed by her mother’s actions until she meets Edward. Edward is a dazzling duke with a dubious history and an offer that could change Sophia’s life forever. 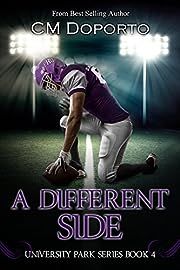 Park Hill University’s star quarterback, Raven Davenport, has every woman dying to get caught in his trap, but he’s only interested in catching one girl – Lexi Thompson. But will he learn how to deal with his inner demons or will they continue to control him to the point of destroying what he loves most? Read Raven and Lexi’s story from a different side. 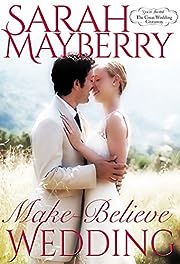 Everyone in Marietta, Montana, is in love and getting married – at least that’s the way it feels to Andie Bennett the night of the Valentine’s Ball. As she watches the man she’s loved from afar for half her life dance with another woman, Andie allows herself a moment of sheer fantasy as she fills out a stray entry form for the Great Wedding Giveaway. Andie channels years of fantasy and yearning for Heath McGregor onto the page, but she never intends to actually enter the Giveaway. Only a crazy woman would do that. But fate has other ideas….

When Heath learns he and Andie are last minute finalists in the Great Wedding Giveaway, he’s completely baffled. How on earth could anyone make such a ridiculous mistake? When it becomes clear that Andie will be humiliated if the slip-up becomes public, Heath does what any good friend would – he suggests they pretend the engagement is real until the Giveaway is over and then quietly “break up” when no one is paying any attention. It’s the perfect solution, except Heath very quickly realises that pretending Andie is his is no hardship at all. In fact, it may just be the best thing that’s ever happened to him… 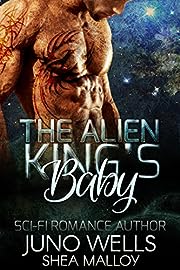 “I want you,” he groaned against her lips.

He’s tall, arrogant and sexy. He’s an alien king who saved her life one moment then abducted her the next.

Oh, yeah, and she’s pregnant with his baby.

A receptionist at a straw supply company, Megan Landay is content with her ordinary life. Sure she still harbours some resentment toward her asshole ex, but that’s normal. What’s not normal is the sudden appearance of the skilled alien warrior, Mikaal Ahrisi. Even worse is his arrogant demand she stay on his planet long enough to give birth to his child.

The petite human female isn’t Mikaal’s ideal choice as a mother to his offspring, but he no longer has a choice in the matter. Feisty and stubborn beyond reason, she’s not like any of the women on his planet. Her presence in his life should be temporary, but as time passes he becomes uncertain if he should ever let her go. 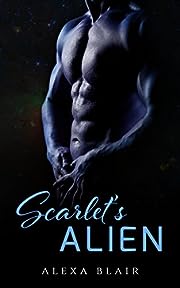 Scarlet was just an average lawyer working for a big firm.The money was great, but her personal life was bland and flavored with stress, until one night changed that forever.

While sitting outside, staring up at the night sky, she spots an alien podship which seemed like an innocuous comet to her, until it started plunging down towards the Earth at a terminal velocity, striking the sea right before her beachfront property, and carting her away.

From this point on, everything in Scarlet’s life was new. She meets a strange humanoid named Nerol and the two of them encounter some big problems. Soon it becomes apparent to her that sticking with Nerol would be her best chance for survival–but can she truly be happy living with an alien? 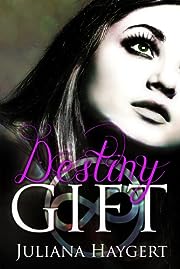 A student at the secured NYU, nineteen-year-old Nadine has visions of Victor Gianni, an imaginary guy she has real feelings for. Afraid of being truly insane, she explains the visions away as simple daydreams, but she can no longer deny them when she bumps into Victor in real life. But this Victor doesn’t know her, and turns her away. After the encounter, Nadine’s visions change to those of eerie fates, gods she’s never heard of, demons with sharp claws they are not too timid to use … and instructions.

To discover if she’s losing her mind, Nadine follows the vague directions—with the real, rude and reluctant Victor—leading to a man who knows it all: Nadine can restore an ancient creed by unveiling the clues on her visions, and bring sunlight and peace to the world again. But that’s only if the demons and the other evil forces behind the darkness don’t stop her first. 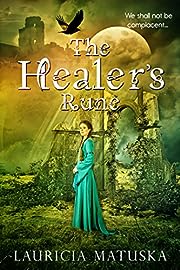 Three hundred years after a great war shattered the Council of Races, the warriors of Rüddan have all but eradicated their cousins, the faerie Aethel. In so doing, they decimated the Dryht sages and enslaved mortal Humanity. Now a young voice with a dangerous secret calls her people to rebel. Young Sabine, one of the Human slaves, must overcome centuries of lies and prejudice to forge an alliance among four enemy races. But what chance does Sabine have when her very existence threatens the planet? 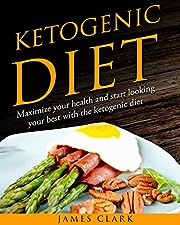 Learn why the Ketogenic diet is changing lives for the better and why it too can help you have a healthier lifestyle, better body and more fulfillment.

In this book I will reveal to you the perfect diet that is not only effective in reducing weight but is also very helpful in curing many serious diseases and capable of even more. I have prepared for you the easy-to-follow diet plan that will prove highly effective even for complete beginners. Also you will find low-carbohydrate recipes that will maximize your success with the ketogenic diet as you follow through.

Just take a look at what’s inside 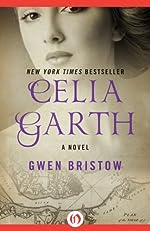 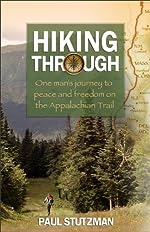 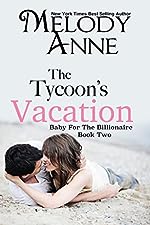 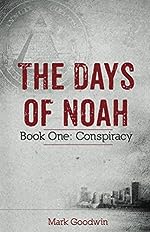 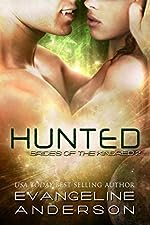 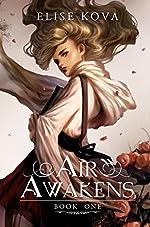 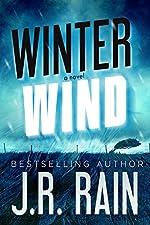 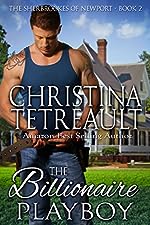 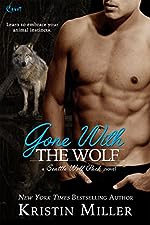 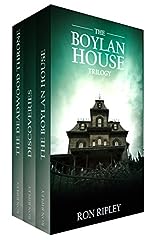