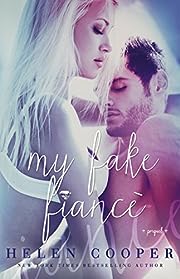 He wanted her for four weeks. Only she didn’t really know why.

TJ Walker and Mila Antonia Brookstone have known each other for years. He’s her brother’s best friend and she’s admired his muscular body and handsome good looks since she was a teenager. Only he was never interested, until now.

In a game of cat and mouse, TJ and Mila find themselves going back and forth like they always do, only this time something is different. They become closer on a summer trip to the lake house, only neither one really knows who is pursuing whom. And the secrets behind both pursuits are well hidden.

TJ wants her to be his fake fiancé for a reason, but the reason she accepts might well surprise everyone. In the game of romance, can secrets ever truly lead to love? 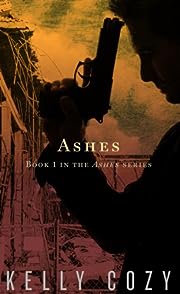 Anonymous. That was Jennifer’s life. But when she survived a domestic terrorist attack and her last-minute escape became the iconic image of the event, that life was over. Wanting only to disappear and become just another face in the crowd, she cashed in on her unwanted fame and moved to a small town, hidden away and safe.

Retired. That was Sean’s life. A former covert operative – the kind the government denies exists – he’d been pushed unwillingly into a life of suburban peace and quiet. But his retirement ended when he saw Jennifer’s rescue; from then on he only wanted to find those responsible for the attack, even if it meant turning rogue.

What Jennifer and Sean will both find is that nothing goes to plan, and their paths will cross in a way neither could have foreseen. 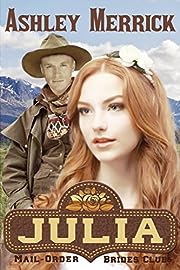 When Julia unexpectedly loses the accounting job she loves, and is unable to find another position doing anything in Boston, she decides to take her best friend Emma up on her offer to come to Montana. Emma’s husband Ethan has eight brothers and one of them, Liam, has his sights set on Julia. Liam seems almost too perfect, but then Julia discovers the secret that he struggles with. Will she stick with him?

At Least My Belly Hides My Cankles: Mostly-True Tales of An Impending Miracle 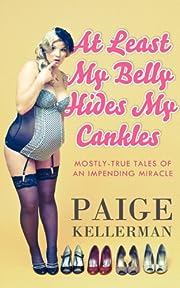 At Least My Belly Hides My Cankles: Mostly True Tales of An Impending Miracle is the hilarious debut of writer, humorist Paige Kellerman. From the moment her positive test result is revealed in a fog of canine flatulence, to the day she’s gently hoisted onto the delivery table by a front-end loader, Paige guides you through her pregnancy with twins, careful to only hold one of your hands in case you need to cover your eyes with the other. You’ll laugh out loud as she recounts the horrors of birthing class, her struggles with morning sickness, sexy Halloween costumes, applying for maternity leave — and of course, the impossible task of corralling those wayward cankles — all in her own inimitable style. This book is a must-read for any mother, or anyone who has a mother to whom they probably need to apologize. 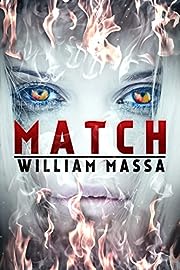 An obsession from beyond the grave…

Dating apps. A great way to connect in a wired, increasingly busy world, but do you really know who hides behind the smiling pictures? The flirtatious text messages? What if the person on the other end of the dating profile isn’t quite what they appear to be…

What if they aren’t even alive?

Mark found her photo on a popular dating site. Her name was Akasha, and she was beautiful. Seductive. Irresistible. She wrote that she was looking for friendship. Love. A real connection.

But Akasha is concealing a horrible secret… 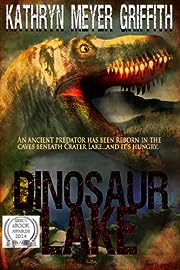 Ex-cop Henry Shore has been Chief Park Ranger at Crater Lake National Park for eight years and he likes his park and his life the way it’s been. Safe. Tranquil. Predictable. But he’s about to be tested in so many ways. First the earthquakes begin…people begin to go missing…then there’s some mysterious water creature that’s taken up residence in the caves below Crater Lake and it’s not only growing in size, it’s aggressive and cunning…and very hungry.

And it’s decided it likes human beings. To eat.

And it can come up onto land.

So Henry, with the help of his wife, Ann; a young paleontologist named Justin; and a band of brave men must not only protect his park and his people from the monster but somehow find where it lives and destroy it…before it can kill again.

The Heiress of Santorini (The Greek Isles Series Book 3) 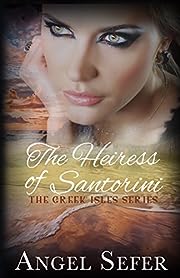 After being mysteriously reassigned to the island of Santorini, insurance manager Alexandra Stewart finds herself caught in a deadly game of vengeance and greed. Her only ally is the seductively handsome managing director Mark Taylor, but as their attraction grows so does Alexandra’s mistrust for the man who is clearly keeping secrets. 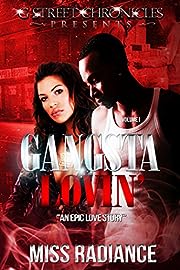 Courtney Alexandria Smith was born into a very prestigious and religious family. She’s been pressured to measure up to those same standards. She’s lived her whole life solely for God and her parents. Courtney soon becomes bored with that life and is ready for a change.

One night while out with her girls, she meets Raphael “Ray Ray” Davis. At first she’s apprehensive about getting involved with him because of his lifestyle, but decides to give him a chance only to experience the speed and spice she’s been craving, inevitably falling in love.

Raphael Davis, co-leader of the Southeast Mafia Crew, has been a member of the gang since he was 11 years old. As he approaches 27, there are a few things Raphael wants out of life—to settle down with the right woman, fall in love and have a family; and to live a life free of murders, police and rival gangs trying to take him out. He’s been battling with the decision of getting out of the gang for almost two years, but never put his plan into action. That is until he meets and instantly falls in love with Courtney Smith, the very woman he’s always dreamed of.

Courtney and Raphael build their bond strictly on love—not his street credentials or her family’s wealth. The only dilemma surrounding them. . . can a well-educated Christian attorney spend her life enjoying love and affection from a gang-banger like Raphael when she knows her family, especially her father, will never accept their relationship?

Courtney has to make a choice between living her life making her family happy or living her life for herself with the man who makes her happy by showering her with all his Gangsta Lovin’. 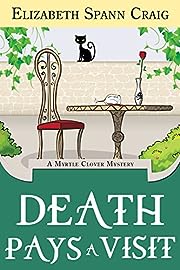 When psychic (and hubcap retailer) Wanda Alewine pays a late-night visit to Myrtle Clover, she urges the octogenarian sleuth to head straight to Greener Pastures Retirement Home. But Wanda doesn’t want Myrtle to consider the Home’s dubious amenities–she wants Myrtle to prevent a murder seen in a vision.

Reluctant Myrtle investigates with sidekick Miles, who seems a lot more interested in Greener Pastures than she is. As the duo digs, they uncover more than just Sudoku and Scrabble—they discover a sinister undercurrent… with murder as its outcome. 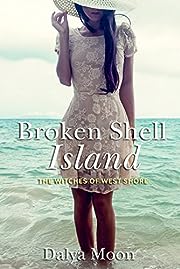 Adventure, peril, and pixies await you, on Broken Shell Island.

Opal gets a suitcase for her birthday. She’s not impressed. What she really wanted was a bicycle. She’s told that she’ll need the magical suitcase, because she’s going to live on Broken Shell Island.

Opal wonders if her family has gone crazy, because Broken Shell Island is a made-up magical place, from a book series. It can’t possibly be real.

Opal packs her suitcase and begins her journey with a splash, being thrown overboard.

She survives the trip and arrives at the island’s shore, only to discover that another young woman, not much older than her, has been murdered.

Now a dangerous creature stalks the woods surrounding the village.

Opal may be its next murder victim, unless she can unravel the fantastic, magical secrets of Broken Shell Island.

A Lifetime Of Secret Recipes: 500 Southern Recipes From A Mother’s Kitchen: Best Ya’ Ever Put In Your Mouth! 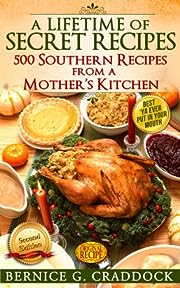 Every year our family would grow this large garden behind our home. A 50-by-30 yard garden seems immense when you are a kid. By the time it hit the kitchen table, it was “ummhh & awnn (using a country style Mayberry, USA – Andy Griffith dialect). “This is the best I ever put in my mouth!” After several years of that repetition, my sister and I would just look at each other and bust into a gut-wrenching laugh.

All those fine, home-grown ingredients are what went into my mother’s cooking to help it become so infamous. And those same homemade southern recipes are being passed down to you today.

Bernice G. Craddock focused her entire life on being a great wife, mother, and homemaker. At 78 years young, she decided to write her own southern cookbook. Her greatest challenge was narrowing it down to her 500 “most favourite” recipes.

Inside her collection, you will be able to enjoy popular southern recipes like:

And 400+ more salad, appetizer, main course, beverage and dessert recipes for you to share with your family. 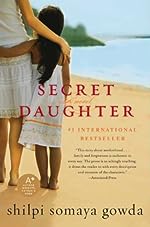 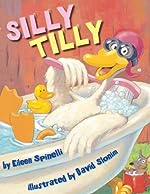 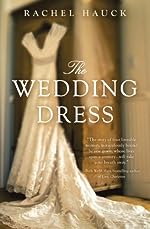 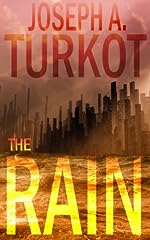 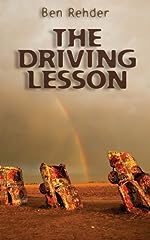 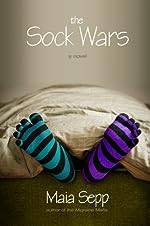 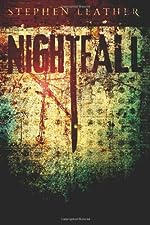 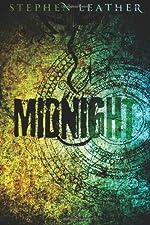 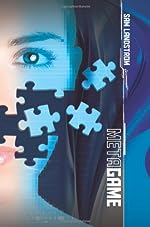 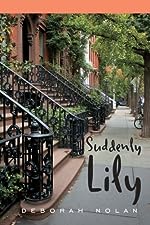 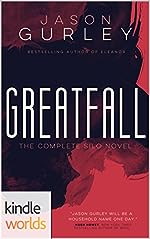 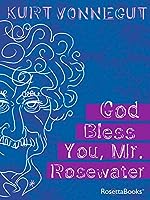 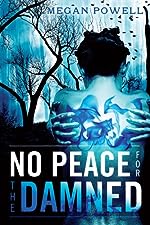