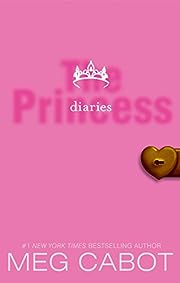 What? A princess?? Me??? Yeah, right.Mia Thermopolis is pretty sure there’s nothing worse than being a five-foot-nine, flat-chested freshman, who also happens to be flunking Algebra.Is she ever in for a surprise.First Mom announces that she’s dating Mia’s Algebra teacher. Then Dad has to go and reveal that he is the crown prince of Genovia. And guess who still doesn’t have a date for the Cultural Diversity Dance?

Til Death Do Us Part 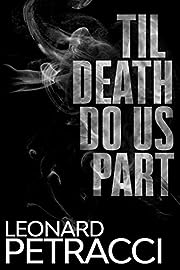 Frederick Galvanni is the thief of the century, but it’s not his first time claiming the title. For Frederick and the inhabitants of his world, reincarnation is real, but people are always reborn in the country in which they died. Now Frederick seeks to pull off his greatest heist yet—enter a maximum security prison, where souls are trapped through reincarnation, and assemble the greatest criminal team that has ever lived.

But for Frederick, the heist is just the beginning of a plan centuries in the making: a plan of revenge for unforgivable crimes committed a millennium before. And in this world, even death cannot keep Frederick from success. 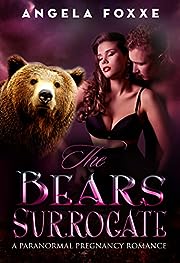 Valemon Bjornson is an Alpha Werebear but he is also a Werebear in need!

Valemon must find a child and soon. So he puts out an ad for a surrogate.

Rachel Jenner is in a desperate need for cash and when she answers an ad looking for a surrogate she hoped everything would be simple.

However, when the man behind the advert makes some odd requests she begins to realize this is going to be anything but simple.

When Rachel got involved in all this she knew she would be a surrogate but she did not know that she would be the BEAR’S surrogate.

There is moments of tension, suspense and thrills galore in this paranormal romance novel! 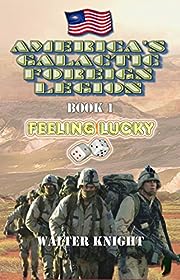 One more roll – that’s all habitual gambler Joey Czerinski needs to get himself off Old Earth and away from the bad-ass loan shark hunting him down like a mongrel to be euthanized. But a sneaky ATM looking to fill its Foreign Legion new recruits quota has something else in mind for Mr. ‘Big Spender’ Czerinski. When he agrees out of desperation to take a loan from the crazy ATM, all bets are off.

War is hell, and hell comes knocking when it’s time for Czerinski to pay up. Forced into the Legion by the tricky ATM and an unscrupulous lawyer, Czerinski finds himself deeper in trouble than he’d ever imagined. But what’s one more roll for a perennial rule-bender? If Czerinski can survive what’s thrown at him amid galactic war against a spider-like enemy that could spell doom for the human race, maybe … just maybe … he’ll manage to come out alive in this grisly game of shoot-’em-up – if his luck holds out. 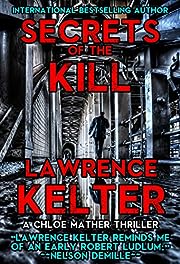 A mutilated body has been discovered; a body not meant to be found, but now that it has, Pandora’s box is open and secrets never to be learned have been revealed.

An Israeli woman living in New York has been murdered. She has been raped and butchered; an outrage that ignites a fuse that burns all the way back to Tel Aviv.

Enter FBI Agent Chloe Mather, a hard-charging ex-Marine who has no sympathy for the kind of maggot who could commit such a violent atrocity. A veteran of the war in Afghanistan, she was one of the first woman Marines to be deployed into an active combat area. She struggles with PTSD and the consequences of a fatherless childhood, yet this is a woman who accepts no pity and operates according to a moral code that is second to none. She’ll stop at nothing to find the psychopath responsible for this unspeakable crime. In Secrets of the Kill, Mather and this code will face the ultimate test.

What begins as a challenging homicide becomes more, much more, and Mather is pulled into an investigation that involves the mob, Israeli intelligence, and a radical terrorist faction.

They say that blood is thicker than water but is it thicker than the bonds of patriotism? Mather will ponder this question and many others as she fights to bring an innocent woman’s murderer to justice, and prevent a geopolitical atrocity from taking place on American shores. 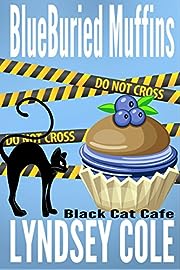 Annie Fisher is scared. She’s scared of the mess her boyfriend, Max Parker, is in the middle of and she has to get out of his house. She puts a whole state between them and drives like a madwoman from Cooper, NY to her hometown of Catfish Cove, NH where she hopes she’ll be safe.

She decides to start a new life, a life she ran away from two years ago but is finding herself missing as soon as she gets home. Annie immediately has a place to live, a job at her Aunt Leona’s new café—Black Cat Café—and plenty of boyfriend prospects. Unfortunately, she also has plenty of bad things follow her.

Like Max Parker. Only the next time she sees him he’s dead. Suddenly everyone she runs into turns into a potential suspect. There are ghosts from her past and new neighbors that make her hair stand on end. And right in the middle of everything is Annie with Max’s last warning to her—Don’t trust anyone. Will those words prove to keep her safe or put too much distance between Annie and those trying to help her? 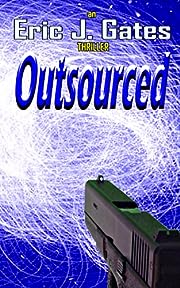 What’s the most dangerous gift a fan could send to an author? And if that fan was a professional assassin?

New York-based writer Nic Stiles receives a strange package in the mail. It’s not long before he realises what it represents will change his life… with deadly consequences. Others want the package’s contents too, including a high-tech Intelligence agency who will stop at nothing to obtain it.

…and the sender wants it back! 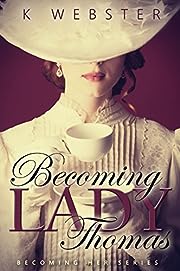 Elisabeth Merriweather has one destiny.

His name is William.

The moment William returns from university, he has promised to marry his childhood sweetheart, Elisabeth. Unfortunately, as he prepares to propose, they learn that her father has done the unthinkable. In an effort to save their farm, he has incurred an exuberant amount of gambling debts that he cannot ever repay and become involved with a man of incredible wealth and power.

His name is Lord Thomas.

When the debtor decides to pardon the debt in exchange for one simple favor, Elisabeth’s father wholeheartedly agrees. Lord Thomas, upon seeing the portrait of the three beautiful daughters, negotiates to marry the daughter of his choosing.

What happens when Elisabeth’s entire life plan is overturned by one simple deal with the devil and she’s whisked away to London as his prize?

Will her traitorous heart fall for Lord Thomas, or will it stay true to William?

Chained To The Alpha: A Paranormal Shifter Romance Standalone 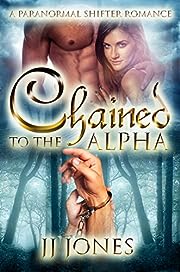 Fynna has woken up in the middle of woods not sure where she is or how she got there. She has also found herself chained to a complete stranger who calls himself Devin.

Devin also claims to have no idea how they got into this situation and the two of them realize they must now work together to get out of it.

Bound together by handcuffs and with danger lurking all around them, the two of them find themselves getting closer then either would have ever expected.

However, Fynna’s were-instincts are starting to tell her that this man’s scent is quite familiar to her and she is about to find out why..

Power of the Fae (The Mirrored Prophecy Book 1) 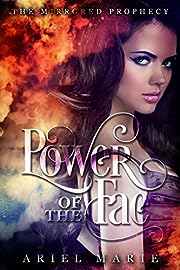 The Princess of the Light Fae, Arlina Waldmar, may be small but she is deadly. She is a member of the elite Guardians of the Fae. She has been given the assignment of going to the human realm to investigate the vanishing supernaturals.

Colin MacKenzie, Alpha wolf, has determined that finding a mate is not in his future. His people are vanishing. He will need to lead his Legion, defenders of werewolves to find them. His wolf has recognized a certain dark haired Faery Princess to be his mate, but he refuses to claim her.

There is an evil set on destroying the Human and Faery realms. Colin and Arlina must work together to defeat this evil. His thoughts are constantly on Arlina. Arlina knows there is no fighting the attraction between them. Can she convince him to give them a chance before it’s too late?

Across the Ages: Book One 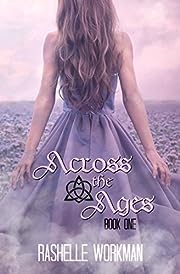 Ghosts are real. So is time travel.

Eighteen-year-old Lucy Channing discovers this reality after her dead grandmother gives her a beautiful locket. As soon as her fingers brush the cold copper, Lucy is swept out of the nineteenth century and into the twenty-first.

William agrees to help the strange girl find her way home. Or into the nearest mental institution.

But what the two uncover reveals more than ghosts and time travel. Lucy and William discover a love greater than time itself.

A love so strong it reaches… 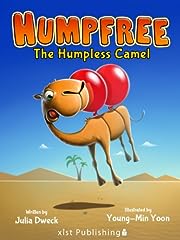 “Now Humpfree Camel had no humps.
His back was free of any lumps.
While others had one bump or two,
Just where were Humpfree’s? No one knew.” Humpfree’s back is as flat as a pancake and he’s not taking it lying down. He’s off on a wild search looking for his humps, but there are lots of bumps along the way. What would you do if you were a humpless, bumpless camel? Readers will enjoy the humor and rhyme of this adventure, based on scientists’ true discovery of a new flat back camel species in East Africa. Young explorers will be fascinated by Mrs. Dweck’s true and amazing fun facts about camels to extend the learning. It all adds up to one edutaining adventure for young readers. 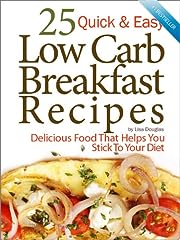 Do you love your low carb diet, but can’t face another plate of bacon and eggs in the morning? The #1 Best Seller, 25 Quick and Easy Low Carb Breakfast Recipes is here to rescue you from dietary boredom with mouthwatering breakfast recipes that will help you stick to your diet and get the results you want. Eating a delicious low carb breakfast has never been easier to do than with this especially-formatted for the Kindle book.

In 25 Quick and Easy Low Carb Breakfast Recipes you get:

The recipes are divided into the categories of Eggs, Omelets and Frittatas, Breakfast Sides and Smoothies, with a special bonus list of 10 Super-Speedy low carb breakfast ideas for the mornings you have to fly out the door. 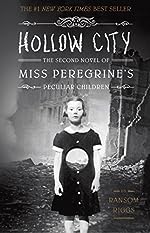 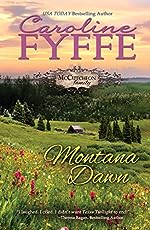 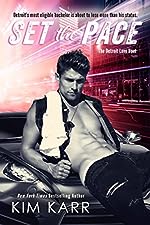 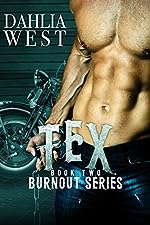 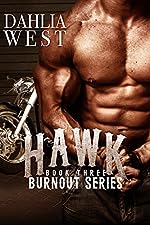 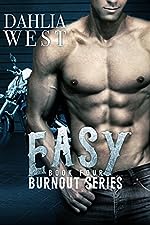 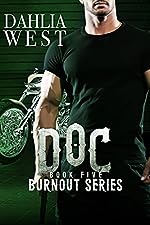 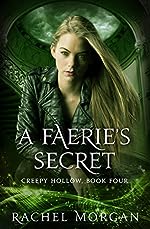 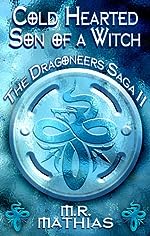 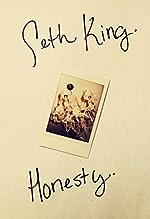 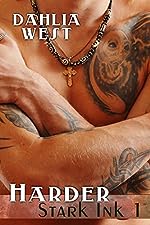 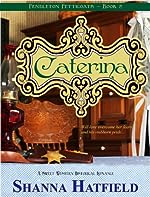