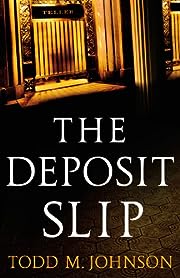 When Jared Neaton grew tired of the shady ethics of his big law firm and left to go out on his own, he never expected the wheels to fly off so quickly. One big case collapsing on him has pushed him to the brink and it’s all he can do to scrape by. He can’t risk another bad loss.

Erin Larson is running out of options. In the wake of her father’s death, she found a slim piece of paper–a deposit slip–with an unbelievable amount on it. Ten million dollars. Only the bank claims it has no record of the deposit and stonewalls her attempts to find out more. This lawsuit, her last chance, has brought only intimidation and threats. Now she needs to convince Jared to take a risk, to help her because the money is real. And both need to watch their backs as digging deeper unleashes something far more dangerous than just threats. 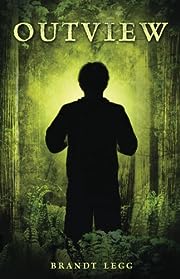 A coming of age thriller of mystics and magic.
Nate’s father died mysteriously when he was twelve. His older brother knows the truth but their mother had him committed to a mental institution. As the Outviews try to take over his mind, sixteen year old Nate fears his turn is next.
During the search for his brother, Nate and his three school friends fight to stay alive. Along the way they encounter five mystics who show Nate his lost powers, teach the forgotten wisdom and reveal his extraordinary destiny.
In time, Nate discovers that everything he believed about his life is a lie, and that the world contains secrets far more beautiful than he could ever have imagined, and evil far more terrifying than he could ever have feared.
Across time and dimension they are after him . . . 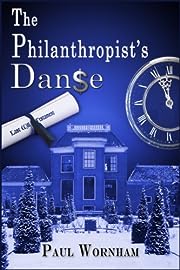 Johnston Thurwell, one of the world’s richest men, dies unexpectedly. His family expects to inherit his wealth, but instead discover the dying philanthropist has spent his last days planning something called The Danse. The twelve most important people in his life are brought together to decide the most important question at the end of it. Who will inherit his fortune?

The family is sequestered in the philanthropists’ remote country mansion with a group that includes his best friend, his most loyal servants, and his greatest rival. They must agree who among them will share the fortune, but they must do it against the clock. Every twenty-four hours, the fortune is reduced. In just five days, it will all be gone.

The thin veneer of civility among the twelve is ripped away by naked greed as their lust for money drives them into betrayal, blackmail and violence.

The desperate family will do anything to save their inheritance. Except share it.

The Ryn (Eyes of E’veria) 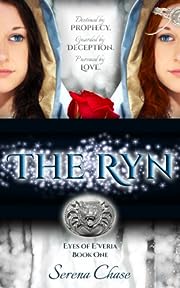 DESTINED by prophecy. GUARDED by deception. PURSUED by Love.

Centuries ago, an oracle foretold of the young woman who would defeat E’veria’s most ancient enemy, the Cobelds. But after two centuries of relative peace, both the prophecy and the Cobelds have been relegated to lore—and only a few remain watchful for the promised Ryn.

Finally, a child is born who matches the oracle’s description, but a Cobeld curse accompanies her birth. Led to believe they succeeded in killing the prophesied child, the Cobelds emerge from hiding with plans to overtake the Kingdom.

But the child survived.

Secreted away and called “Rose” for the first nineteen years of her life, Rynnaia E’veri has no idea of her true identity until a chance meeting with an injured knight reveals not only her parentage and true name, but the task assigned her by the oracle: discover the Remedy that will destroy the Cobelds’ power.

Now, her time has come.

Offered the assistance of pirates, scribes, storytellers, a young woman who died centuries ago, and the knight who is quickly working his way into her heart, Rynnaia is fortified with friends. But if the Ryn is to complete her task, she must come to terms with not only who she is, but for whom she must be willing to die. For the kingdom’s survival depends on her.

The Girl and the Genie 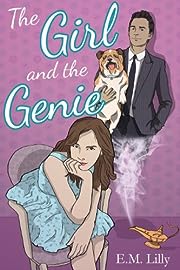 Emily Mignon’s love life is a disaster, and she’s not at all happy about it! When she finds a genie and is granted nine wishes, she’s determined to use one of them to find her one true love. But the genie warns her that any wish for romance always ends disastrously. Emily, not to be denied, will try to find a loophole to this rule.

The Girl and the Genie is a fun, exciting and charming mix of paranormal romance and urban fantasy, that will leave you rooting for Emily, the genie, and a fat little English Bulldog named Winston.

E. M. Lilly is the nom de plume of an award-winning mystery author. 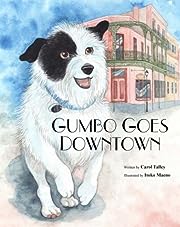 Running away from home! Who doesn’t sometimes dream of it? To go someplace else, to be somebody else!

Here is the story of a loveable mutt named Gumbo, who-longing to be SOMEBODY-abandons his watchdog duties and follows the streetcar tracks downtown to the historic French Quarter of New Orleans. There he discovers a world of new experiences and meets a colorful cast of canine characters, including a dancing poodle and self-appointed tour guide named Pompon, the blue-ribboned Champion Stella de Chateau Blanc, the fearsome Catahoula Hound and, finally, a nameless, homeless dog who visits Gumbo on the moonlit levee like a sad dream.

On his journey, Gumbo learns that the identity he seeks is not to be found in new places, however exciting, or in new acquaintances, however distinguished. For Gumbo, the road to self-esteem leads right back home, where he loves and is loved and where he is, after all, somebody very important. 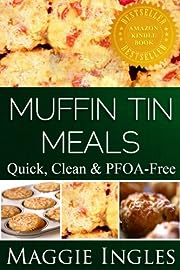 Cut cleanup time in half or get rid of it all together! Cooking with a muffin tin eliminates a lot of steps and cuts out grease. Using paper liners makes cleanup even faster.

Cut out dangerous fumes from your cooking routine. Nonstick pans have a dangerous chemical coating called perfluorooctanoic acid (PFOA) that can be fatal to birds; most other pets and even negatively affects those with respiratory illnesses. Using a coating-free muffin tin cuts those dangers out.

– Make portion perfect meals.
– Know exactly how much you are eating.
– Cook for the week ahead.

Leftover portions are easy to pack up and freeze for another day because they are so small. Instead of thawing out large amounts of food, just heat up what you are going to eat. 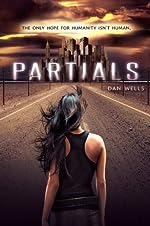 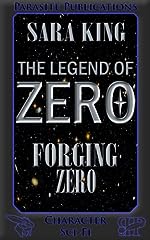 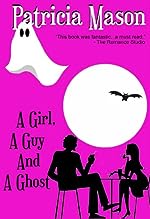 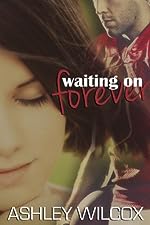