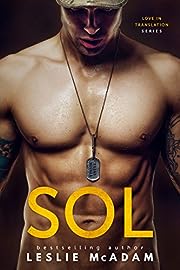 I kissed her, then I left her. My best friend’s sister. The only girl I ever loved.

And that kiss? Gave new meaning to the words, “pinball machine.”

But the army called. No matter what, I am a man of honor. I’ll always do my duty. Even at great personal cost.

Now, four years later, I’m back. A little older. A little wiser. And unfortunately, the bearer of horrifically tragic news.

There’s no one else to do it.

I’ll go to the ends of the earth to find her.

But I don’t know what will happen after I hand her that letter. 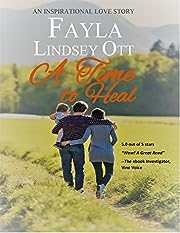 Rachel Collins has inherited the care of her newborn niece after her sister and brother-in-law are killed in a car accident. Having already lost her parents in a tragedy. Rachel feels abandoned by God, whom her family had served so faithfully. Two years later, her niece’s uncle shows up at her door, claiming to have just found out about the baby. When his wealthy parents threaten to sue for custody of their newly discovered granddaughter, Rachel faces loss once again. Luke thinks he has found a way to help Rachel keep little Brooke. Can they let go of their pasts in order to embrace a future together? Will it be enough to convince Luke’s parents to let go of the custody suit? And will Rachel finally return to God allow Him to heal her grieving heart?

Back with the Stuntman (A Second Chance Single Dad Romance) 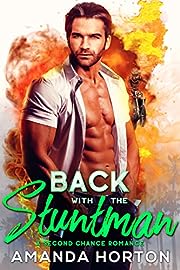 Her 6 months to become an actor end soon.
He has a role that’s perfect for her,
but they have a past
and Hollywood doesn’t do second chances…

Bill — that son of a gun ! Never in my wildest dreams did I think his libido would drive him so far as to bring a prostitute in our home. I had had enough. So I broke our 16 year marriage and made a bet that in six months I’d show him what I was made of!

My plan was Hollywood — to live the lost dream; go back to my passion; and light up the hills of L.A. once more.

And just when I’d lost all hope, the universe bumped me to into him. Jeff Douglas, the craziest stuntman, playboy and now hollywood producer from back in the day. The sparkling blue eyes, chiseled face, and sculpted body lit a fire in me like it was 1998.

I wasn’t in Hollywood to play with fire, I was there to light my own, but just when I thought things couldn’t get more complicated (or steamy), Jeff offered me his show, and Bill showed up… 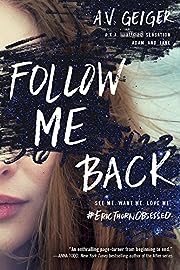 Tessa Hart’s world feels very small. Confined to her bedroom with agoraphobia, her one escape is the online fandom for pop sensation Eric Thorn. When he tweets to his fans, it’s like he’s speaking directly to her…
Eric Thorn is frightened by his obsessive fans. They take their devotion way too far. It doesn’t help that his PR team keeps posting to encourage their fantasies.
When a fellow pop star is murdered at the hands of a fan, Eric knows he has to do something to shatter his online image fast–like take down one of his top Twitter followers. But Eric’s plan to troll @TessaHeartsEric unexpectedly evolves into an online relationship deeper than either could have imagined. And when the two arrange to meet IRL, what should have made for the world’s best episode of Catfish takes a deadly turn…
Told through tweets, direct messages, and police transcripts, this thriller for the online generation will keep you guessing right up to the shocking end. 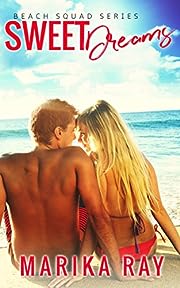 A sweet, but focused woman. A stalker out to bring the woman down. A man willing to swoop in and save the damsel. And a ride or die best friend. All the right ingredients for a sweet & comical romance.

After college, I vowed to focus all my energy on fulfilling my promise to my mom: to open up the hot chocolate store we’d always dreamed of running together. No distractions. My plans are set.

But things heat up faster than I can handle when a bronzed lifeguard pursues me in the most delicious of ways. Mix in a stalker determined to throw me off my game, and a comical, ass-kicking Beach Squad…well, then you have a situation that requires time I don’t have.
I may appear to be a damsel in distress, but I can save my own damn self, thank you very much. And I might just keep that hottie lifeguard as the whipped cream on top of my sweet dreams. 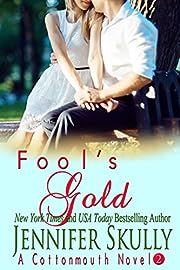 You met Sheriff Tyler Braxton in “She’s Gotta Be Mine.” Now he’s back with his own tale in “Fool’s Gold.”

Then murder comes to Goldstone, and Brax is suddenly hip-deep in small-town secrets, with sexy Simone Chandler at the head his suspect list.

Is Simone the real thing, or, as with everything else in Goldstone, is she more like Fool’s Gold? 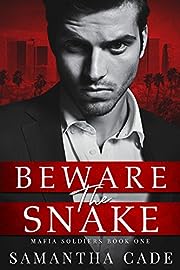 After what I saw Jess do, I should put a bullet in her head and dump her body in the desert. That’s what the oath I took demands of me.

But I don’t want to kill her. I want to keep her for myself. I want to own every inch of her creamy skin and soft curves. She’s a very dangerous plaything. A savage like me can’t resist.

So I stalk her. I follow her every move, creeping closer and closer until I’m sharing her bed. The more she resists, the more my obsession rages, the more I’m determined to slither my way into her heart.

Owning her body comes with a price. If the Mariano’s find out who she is, and that I didn’t kill her, we’re both dead. It’s a deadly game we’re playing. The kind of action I live for. I’ll probably die for it too. 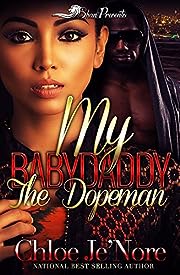 After dealing with Tone’ s trifling ways for over 10 years, Kairee is sick and tired of being sick and tired. She does any and everything he asks of her and more from whipping up his work, to making drops. But nothing she does is ever enough and when she catches him kissing another woman she sets out to get some payback. She wants to hurt him the way he hurts her and she has the perfect person in mind but before she can set her plan into motion, Tone throws a curve balls that literally knocks her off her feet. He proposes, and now Kairee can finally have the wedding of her dreams until Tone’s side chick makes an appearance and ruin every thing. Hurt, Kairee runs into the arms of an unlikely ally that turns her world upside down. She’s been with Tone for years but this new guy is exactly what she’s been missing…or is he ? Will she go running back to what broke her or will this new man change her life in ways she never imagined? Find out in..My baby daddy the dopeman.

The Soul of a Bear (UnBearable Romance Series Book 3) 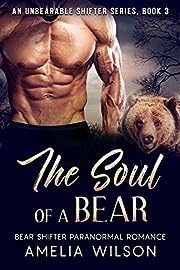 A human living in a bear shifter world, Paul and his best friend Jon get home from Alaska with an extra addition. While he’s happy for his friend, Paul can’t help the increasingly nagging feeling that things shouldn’t be as they are. And things only get worse when he finds his apartment gutted by his drug-addicted little brother.

After landing himself in a police cell, for assault, Paul starts a plan to reconstruct his life. He just didn’t plan that forcing one person out would let someone else in.

Stuck in the cell next to Paul’s, McKayla contemplates how fate could have such a messed up sense of humor. Who knew she’d find a highly compatible mate in jail? After the bar fight that led to her arrest, she meets Paul through the cell’s bars, but their time together is both short and confusing.

Can Paul and McKayla overcome the hurdles of a human and a shifter mating? Does fate have hidden plans for the man born to the wrong species? 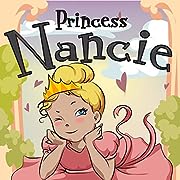 Princess Nancie decides to make a rule banning rules. Nancie doesn’t want to comb her hair, wear fancy clothes, or doing boring royal things. Nancie just wants to play and have fun. Soon after she bans rules, Princess Nancie notices that her kingdom is not running so smoothly. The roads are all jammed, her servants have all gone home, and there are people everywhere!
Solution:
Princess Nancie realizes that people need rules and that even she has to follow the rules sometimes. So the princess reverses her rule and puts all the rules back in place, with a few minor adjustments.
Solution Benefits:
Children learn the value of following the rules.
They also learn that being in charge is not all it is cracked up to be.
This is a great book for talking to kids about discipline in your house.
Buy this book and read it with your kids tonight! 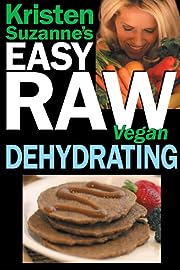 Living a Raw vegan lifestyle does NOT require dehydrating, which is why Kristen Suzanne’s EASY Raw Vegan recipe books–other than this one–rarely call for dehydrating.

But if you own a dehydrator, or if you are trying to decide whether or not to buy one, then this book is for you. There are SO many fun and interesting things you can do with dehydrating Raw foods, such as making breads, crackers, wraps, pancakes, granolas, plant leathers (fruit roll-ups, etc.), seasonings, and much more. You can also intensify flavors, add cooked-like textures to your Raw foods, and even serve warm dishes with the food’s nutritional integrity totally intact!

This book is a thorough, comprehensive introduction to dehydrating for people who are curious about the subject. It’s also a must-have for Raw food enthusiasts who want to experience the full range of experiences in the Raw food cuisine. 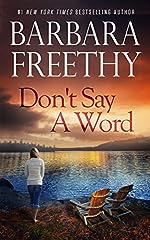 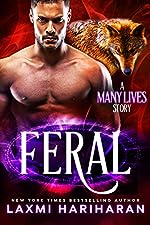 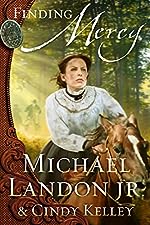 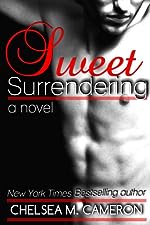 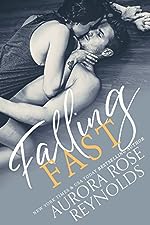 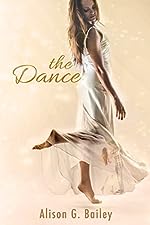 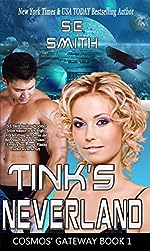 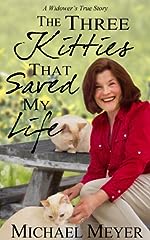 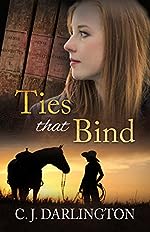 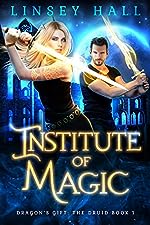