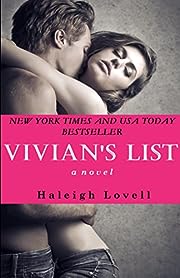 Claiming His Mate (A Werewolf Romance) 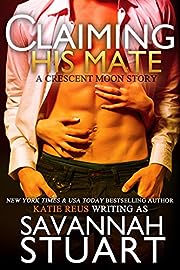 She thought the house was empty when she broke in…

When jaguar shifter Lauren Hayes breaks into an alpha’s home to steal back what rightfully belongs to her pride, she doesn’t expect to be tackled by Max McCray, second-in-command of the Kincaid wolf pack. As punishment for her crime the sexy wolf shifter demands that she stay with him for one week. Knowing she’ll start a war between her pride and his pack if she doesn’t, she has no other choice but to agree, even if the thought of being near him 24/7 makes her scared that she won’t be able to hide her growing attraction to him.

Now he has a week to make her his…

Max has waited months to make a move on the sexy jaguar shifter and now that she’s broken shifter rules, he’s not letting her go. He doesn’t care that he’s a wolf and she’s a jaguar, claiming her forever is the only thing that matters. Unfortunately, not everyone likes the idea of him being with a feline shifter. Max is forced to choose sides between Lauren and members of the pack he’s sworn allegiance to in order to protect the woman he knows is his destined mate. 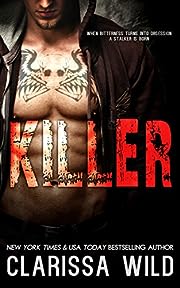 Some secrets are meant to stay hidden …

Secrets could kill you. My husband is the prime example.

I’m a trophy wife. Someone’s prized possession, just there to be pretty. My dreams were pushed aside for his. Until one fateful night, one chance encounter, all his dirty secrets were exposed.

And then my supposed husband is killed.

I should be sad, but all I feel is anger. My husband is a lying, cheating bastard. And if that isn’t bad enough, I’m now the prime suspect for his murder.

Only his brother believes I’m innocent, and in his support, I find relief. However, I will find the real killer and bring him to justice … before he tries to end my life too. 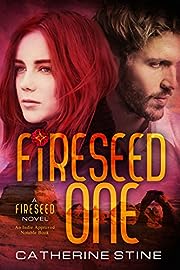 What if only your very worst enemy could help you save the world? Fireseed One, a futuristic YA thriller, is set on a near-future earth with soaring heat, toxic waters, tricked-out amphibious vehicles, ice-themed dance clubs and fish that grow up on vines. Varik Teitur inherits a vast sea farm after the mysterious drowning of his marine biologist father. When Marisa Baron, a beautiful and shrewd terrorist, who knows way too much about Varik’s father’s work, tries to steal seed disks from the world’s food bank, Varik is forced to put his dreams of becoming a doctor on hold and venture with her, into a hot zone teeming with treacherous nomads and a Fireseed cult who worships his dead father, in order to search for Fireseed, a seemingly magical hybrid plant that may not even exist. 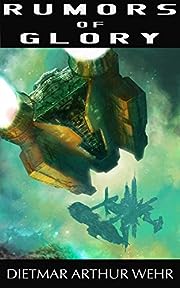 Humanity has colonized over 500 planets under the not always benevolent administration of the Federation of Planetary States via the FED Army and Navy. Long standing grievances over economic exploitation by Earth-based companies has grown into a full scale rebellion and attempted secession by many of the more successful colonies. The Rebels believe a peaceful separation is possible. The FEDs believe an easy and swift military resolution is available. Both dreams of glory are shattered by the reality of a civil war that is rapidly escalating in scope and violence.

The Streets Raised Me 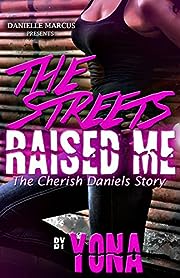 Cherish Daniels isn’t your average chick, and she doesn’t expect the world to believe it. Money and her daughter was all that mattered to her. She was tossed to the wolves in the mean streets of West Philadelphia by her own father, but she played the game and came back the leader of the pack. Once she realized the power of the gold between her legs, she used it to her advantage to survive.

When the infamous Tre waltzes right into her life, he has her questioning everything. Her heart is screaming for her to let love fill it, but the life she lives keep calling her. Just when she decides to give in to happiness, the drama begins. Her dad is out to destroy her every hope and dream, while Tre may not be the man that she thought he was. Will Cherish be able to survive the drama, or will the streets eat her alive?

Confessions of a Texan in Tokyo (Texan & Tokyo Book 3) 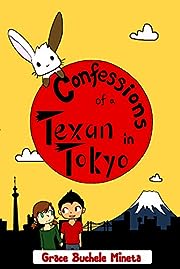 Grace, Ryosuke, and Marvin are back! This semi-autobiographical comic book comes third in the “Texan & Tokyo” series (but it can easily be read as a stand-alone novel). 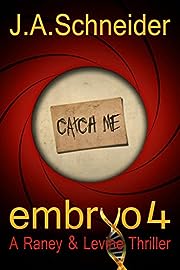 A terrifying serial killer who just targets couples, and leaves taunting notes for the NYPD signed CATCH ME… At a loss, police request the help of doctors Jill Raney and David Levine, police friends and detectives on their own. Both have helped when cops’ hands are tied, or in ways that even police forensics never imagined.

But this killer, a sharp shooter, is always a step ahead. He wears gloves and disguises, shoots victim pairs at random with an unregistered gun, and leaves no physical evidence or eyewitnesses. His only weakness: jealousy to hear that David is also a crack shot, and a creepy interest in the couple’s adopted little son, Jesse, almost one year old, dubbed by the media “the miracle baby,” and already showing signs that he is as intuitive as his mother…

The killer draws closer, gripping New York City and the entire nation in horror, pulling Jill and David into the worst terror they have yet encountered. 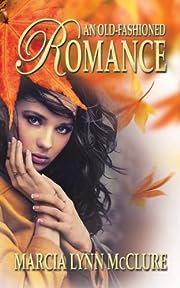 Life went along simply, if not rather monotonously, for Breck McCall. Her job was satisfying, and she had true friends. But she felt empty—as if part of her soul were detached and lost to her. She longed for something—something that seemed to be missing.

Yet there were moments when Breck felt she might almost touch something wonderful. And most of those moments came while in the presence of her handsome yet seemingly haunted boss—Reese Thatcher. 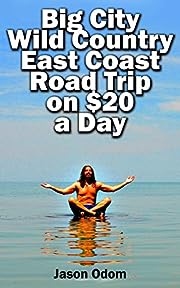 Author Jason Odom and his wife Kelly have traveled over 740,000 miles in 21 years enjoying the sumptuous beauty of pristine national parks and the exciting nightlife of big cities like San Francisco, Boston, New York City, and Las Vegas. This latest book is a personal diary style telling of some of what we experienced over the course of 18 weeks slowly traveling 7,532 miles up the east coast from Florida to Maine, through the Great Lakes, and down to Chicago. The key is we did it on less than twenty dollars per day per person, including food, gas, and lodging. For many years we lived and traveled this way with no house or steady job. Many people Vanabode travel forever on a permanent vacation like this. You can too. Our 18-week road trip included more than 69 waterfront attractions and beaches, 129 restaurants, 43 parks, 23 state parks, 24 national parks, 77 museums and art galleries, 4 boat rides, 127 antique, treasure and tourist shops, 39 hikes through rugged pristine wilderness, 5 historical cemeteries, 8 forts, 6 botanical gardens, 47 historical attractions, 8 casinos, and more. Would you like to travel and live on the road long term on a super small budget? This book provides a glimpse of road travel up the impressive east coast, like the New England area, Cape Cod, Washington DC, Boston, New York City, and Chicago coupled with hundreds of small town experiences and dozens of wild rugged outdoor activities along the heavily wooded coastline. This book details what it’s like to never get bored on vacation. One day we hike Acadia National Park and another day we wander the streets of New York City. One day we swim naked on a secluded beach in Florida and another day we ferry past the Statue of Liberty. One day we tour the monstrous art galleries of Washington DC, and another day we dodge a thousand inch worms on the Potomac River. This book provides an intimate look at our safe, fun, affordable, modern day road trip, filled with variety, adventure, heartache and romance. 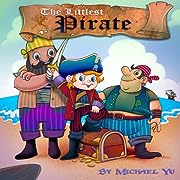 Have you ever wanted to be included in an activity or an event, but were told you did not qualify to do so because of your size or strength? Pirate Pete is a young boy who desperately wants to be treated like everyone else. However, being the littlest pirate on the ship, he is told that he is not big enough to explore the island for the buried treasure. What will he do? Will he be big enough or strong enough for his adventure?

7-day Paleo Juice Detox and Cookbook: More than 40 Delicious Recipes to Help You Lose Weight and Stay Healthy for Life 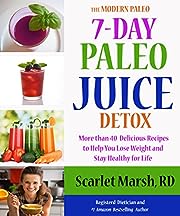 Are you serious about getting the body and health of your dreams?

Do you want to lose weight and detoxify your body?

Then you’ve come to the right place. Registered Dietitian, Scarlet Marsh, has helped over 1,000 people lose over 2,500 pounds and achieve the body and health of their dreams. She is a busy mom of three and understands the demands of raising a family while taking care of your personal health.

Scarlet is rapidly becoming known as an expert in the Paleo diet providing practical ways to make this lifestyle easy, affordable and delicious.

Simply put, the Paleo diet is the diet that humans were intended to eat. 7-Day Paleo Juice Detox Cookbook will make it easy to start your Paleo journey.

Low carb, high protein, and full of wholesome, natural foods, the Paleo diet has gained rapid popularity for those who truly savor good cooking, but no longer want to be weighed down by processed or unhealthy food. 7-Day Paleo Juice Detox Cookbook simplifies the transition into the Paleo lifestyle.

Is juicing Paleo? Absolutely! Our ancestors of the Paleolithic era ate an abundance of fresh fruits and vegetables. During the summer and early autumn, these foods were in abundance and Mrs. Caveman and her brood would go through a seasonal “cleanse” consuming as much of this nutritious foods as possible. True, Mrs. Caveman of the Paleolithic era didn’t have a juicer but that’s where modern meets Paleo to make magnificent!

These juices are high in calcium, magnesium, potassium, iron, phosphorous, zinc and vitamins A, C, E and K. They are packed with folic acid, fiber, chlorophyll, micronutrients and phytochemicals.

Here are some of the health benefits of drinking these amazing Juices:

• The fiber in this cleans the colon and keeps things on the move.

• Remove toxins from the digestive system 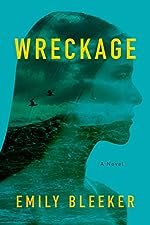 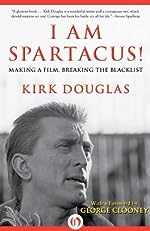 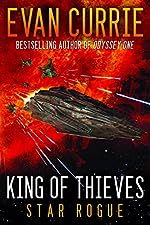 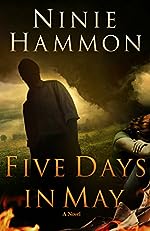 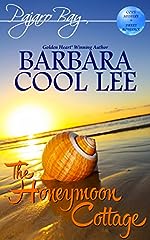 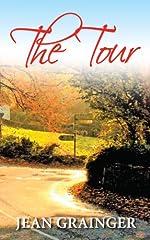 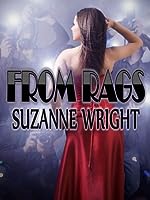 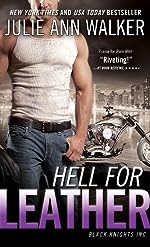 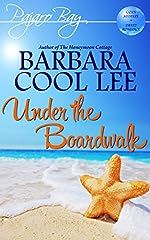 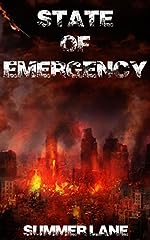 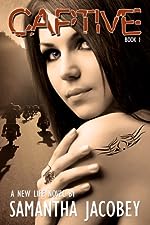