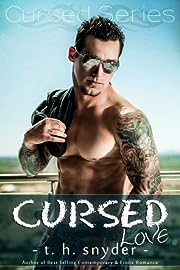 Lincoln Minzotto has the life everyone wants, yet he resents it. He’s grown up as the youngest of three children to a wealthy congressman and successful lawyer. Pushed to his absolute excellence, Linc felt the real path for him was different than his parents’ hopes and dreams. On the most important night of his father’s reelection, Linc makes a choice that will lead to a lifetime of regret. Deciding to start a new life, he and his best friend, Daulton, purchase a rundown tattoo shop called Cursed Magic. While restoring Cursed Magic, Linc’s faith in life is put to the test in more ways than one. Faced with the horrors of the bleak, starless nights and the women that come and go, he decides to give up all together, until one fateful night with a stranger. Will one night shape his future forever? Can he turn the Curse he’s endured into a blessing even though all odds are against him? 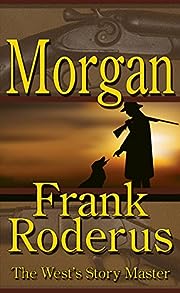 15 year old Morgan finds himself alone—both brothers lost to the Civil War—both parents dead. Too young to die, too tough to care Morgan heads west chasing rumors of the Pikes Peak gold rush and grows up much too early along the way. 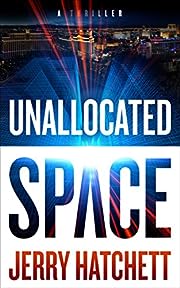 The StorySPACE. It’s not just the glitziest casino ever built. It’s the largest man-made structure in history.This futuristic wonderland has captivated Las Vegas and the world, but beneath the shine and tech, something old lurks and festers.Someone has hacked the casino’s high-tech gaming machines and it’s costing the company millions. Enter the eccentric Sam Flatt, an expert in digital forensics, hired by the company to find and shut down the intruders. Flatt finds something far worse than financial theft, but he alone seems interested in stopping it. Doing so will come with great personal risk to Flatt, but he’s hard-wired for the pursuit of justice. By any means. A Brief FAQIf this book is so great, why is it so cheap?The author has elected to sell Unallocated Space at a price that’s as affordable as possible, so the book can be enjoyed by more people. Thanks to the innovative revolution that the Kindle ecosystem represents, this approach is now practical and a win-win for all involved.Everybody makes their books sound great in the description. Why should I believe you?You shouldn’t! 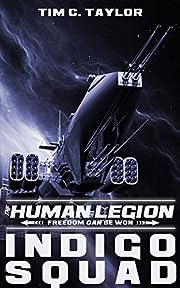 2566 A.D. Five centuries ago, Earth sold a million children into slavery, the price of protection from the regional superpower. One group of slaves was bio-engineered and augmented to fight for alien officers as the Human Marine Corps.

To most alien eyes the Corps is a joke: plasma fodder equipped with third-rate cast-offs and so stupid that they go off to die actually believing they are genuine warriors.

But there are others who look deeper and see potential. To them the human Marines could be the wellspring of something far greater…

Unlike the other Marines on board the troop ship Beowulf, when eighteen-year old Arun McEwan is woken from cryo to board an enemy ship, he already knows he will survive: his destiny to lead the Human Legion has been foretold.

But there are other factions who will stop at nothing to bring about their rival dreams for humanity’s future.

Isolated on a ship rocked by mutiny, betrayal, and murder, Arun must find new allies among the most detested of the Navy crew: the freaks… 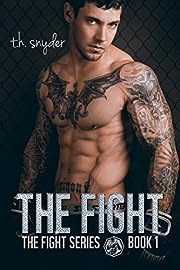 Hank Jones is about to endure the fight of his career. Preparing for this night his entire life, there’s only one thing standing in his way of a knockout victory…her!

Taryn Morris, the daughter of Hank’s trainer, recently moved back home after graduating college. The tomboy that left town four years ago is not the same girl that has now walked back into his life.

Growing up together through their adolescent years, there was never an emotion or physical connection between them. Now, years later, Hank can’t seem to get Taryn out of his mind.

Can Hank ignore this magnetic pull to focus on his fight or will he risk it all for the biggest fight of his life…for her? 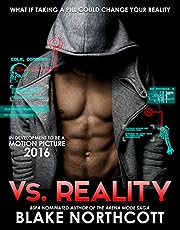 Donovan Cole hates his life: his body, his job, his relationship – until one night a violent confrontation causes him to change, infusing him with supernatural strength. The mysterious transformation is temporary, though he soon discovers he’s not the only one. Dia, an alluring but troubled girl with similar abilities, explains that a select few are able to bend the laws that govern our universe – essentially changing reality. She’s still searching for answers, though she has a solution to the unreliable nature of their powers: ‘Muse’, an experimental drug that enables the user to transform at will. And like most drugs, it comes with a terrible cost. 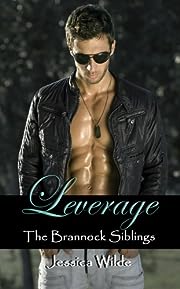 Adventure. That’s all Aislinn ‘Ash’ Brannock wanted in her life. Her dad and two brothers – all cops – got to see it all, but their over-protectiveness made her feel like she had been locked away in a tower with three fire breathing dragons watching her every move. Yes, it was that bad. The only silver lining? Lucas Shade. Her brothers’ best friend growing up, and apparently the only man she will ever love because let’s face it, none of the others even come close. After an unfortunate mistake lands her back in her father’s home, her world is turned upside down and Lucas is there in a tightly wrapped package of serious with a big red bow on top. Life just got interesting, but it comes with a price, one she never wanted to pay.

Detective Lucas Shade never had a real family, but the Brannocks took him in as one of their own and he never took it for granted. Ash was a big reason for why he stuck around, but in order to save himself the beating of a lifetime from her two older brothers, he kept his feelings for her hidden. When the case he has been working on for months takes a turn, Ash could become the leverage the bad guys have been waiting for, but keeping her invisible may destroy everything Lucas has worked so hard for. Good thing Ash is the only person he would give up everything to protect. 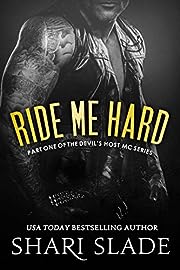 When a big scary biker shows up at Jimmy’s Diner fifteen minutes before the end of my shift–covered in tattoos and looking at me like I’m on the menu–I should flip the open sign to closed.

I’m too used to doing what I’ve been told. Too used to working and struggling and surviving to do anything different. A closed sign wouldn’t stop him anyway. He’s here to collect a debt. And I’m the only one left to pay. 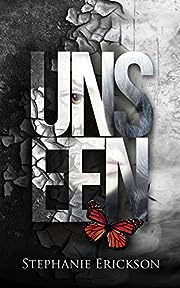 Mackenzie Day constantly struggles to silence the voices in her head. The inner thoughts of those around her intrude upon every aspect of her life, threatening to turn it into chaos.

All her life, she thought she was alone as a mind reader—a freak.

Then a member of a secret organization called The Unseen suddenly introduces himself, and she’s immersed in a world she never knew existed. They teach her to hone her skills as a reader, but to what end? Secrets surround her, humming just out of reach, filling her with questions.

Who are they? What do they do with their mind-reading abilities? In the end, just how far will Mackenzie go to be part of The Unseen? 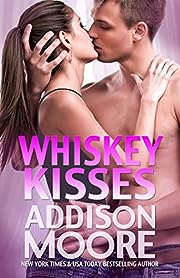 Izzy Sawyer has always been the it girl. She believes she’s the last person on earth who deserves a happily ever after. Holt Edwards has always been the player that women voluntarily fall to their knees for. When it comes to love, Holt doesn’t believe in fairytale endings.

Once Izzy dives back into the dating pool, Holt is right there, ready and willing to offer tips and tricks to get her through an entire army of blind dates—starting with a bone-melting demonstration on how to deliver mouthwatering kisses.

One thing leads to whiskey and Izzy is starting to think happily ever after doesn’t seem like such a bad idea. Holt is starting to rethink his stance on fairytale endings.

But Izzy has a secret that has turned her world upside down. Holt has a secret of his own that cost him far more than he ever bargained for.

Sometimes life doesn’t give you the happily ever after. Sometimes it’s best to leave fairytale endings on the bookshelf where they belong.

The mercury is rising—secrets are percolating—and their lust for one another is just about to detonate.

Izzy needs just one more hit of Holt and his late night Whiskey kisses, but deep down she knows that will never be enough. She wants all of him—every bone-melting kiss he has to offer.

Together Izzy and Holt are unstoppably electric. 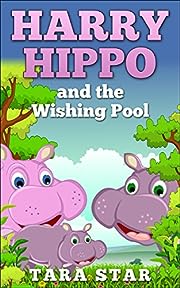 ‘Harry Hippo and the Wishing Pool (Beautifully Illustrated Children’s Bedtime Story Book)’ is a delightful book aimed at all ages and amongst truly inspirational stories for kids. Full of pictures and important life lessons, adults and children alike can enjoy this tale for years to come.

Harry Hippo lives with his Mum and Dad and other animals in the Serengeti in Tanzania. However he is not happy. He thinks he is ugly because his ears are too small, his eyes too big and when he looks at his reflection in the water, he thinks he looks just like a rock.

One day Harry sits by the watering hole and watches various species of animals come and go. Each one of them is unique and beautiful in their own way but this only makes Harry feel worse.

Then he meets Tricky Toucan who tells Harry about the magical watering hole and how a swim in its waters grants one wish. With the help of Tricky, Harry rushes off to the magical pool, dives in it and makes a wish to be as pretty as the all the other animals of the Serengeti.

What happens after that? Read on and find out in this wonderful addition to any library especially those collecting kids picture adventure books for the Kindle or animal picture books.

The book is beautifully illustrated and designed to captivate the imagination of every child enjoying this book. This story is appropriate for reading to children anytime including at bedtime.

Delicious Dessert Recipes Under 160 Calories. Naturally, Healthy Desserts That No One Will Believe They Are Low Fat & Healthy (Diet Cookbooks, Cookbook healthy Collection) 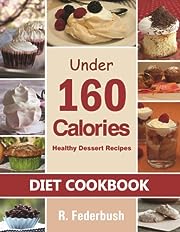 I love to eat cookies and cakes. Yes, I know these 1,000 calorie cakes aren’t particularly good for anybody; but research shows that we are all born with a taste for sweet things, and it’s certainly not reasonable to avoid them forever. This desserts cookbook is designed for people who want to treat themselves from time to time to delicious, low fat dessert without gaining a pound. All the healthy dessert recipes are as sweet as regular cakes and use only natural ingredients such as sugar with no artificial sweeteners or other synthetic products.