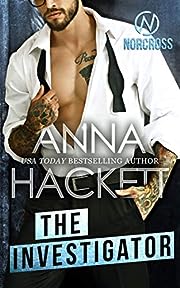 The only man who can keep her safe is her boss’ gorgeous brother.

Museum curator Haven McKinney has sworn off men. All of them. Totally. She’s recently escaped a bad ex and started a new life for herself in San Francisco. She loves her job at the Hutton Museum, likes her new boss, and has made best friends with his feisty sister. Haven’s also desperately trying not to notice their brother: hotshot investigator Rhys Norcross. And she’s really trying not to notice his muscular body, sexy tattoos, and charming smile.

Nope, Rhys is off limits. But then Haven finds herself in the middle of a deadly situation…

Investigator Rhys Norcross is good at finding his targets. After leaving an elite Ghost Ops military team, the former Delta Force soldier thrives on his job at his brother’s security firm, Norcross Security. He’s had his eye on smart, sexy Haven for a while, but the pretty curator with her eyes full of secrets is proving far harder to chase down than he anticipated.

Luckily, Rhys never, ever gives up.

When thieves target the museum and steal a multi-million-dollar painting in a daring theft, Haven finds herself in trouble, and dangers from her past rising. Rhys vows to do whatever it takes to keep her safe, and Haven finds herself risking the one thing she was trying so hard to protect—her heart. 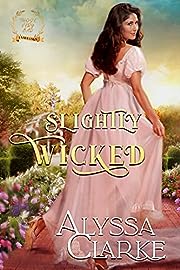 Miss Eleanor Fairbanks is the most sensible of all the sinful Fairbank siblings until she has a chance meeting with the too handsome gambling den owner Lucien Glendevon. Ellie knows that her duty to her family should be more important than her own personal desires. The dowager countess has made it clear that she must help rebuild the family’s reputation by making a respectable match.

Ellie knows she should accept the very suitable offer of marriage from a charming younger son, rather than dream of a man deemed unsuitable by society. Yet with every chance encounter with Lucien and their scandalous stolen kisses, she finds herself courting impropriety with every step and falling dangerously in love with a man she would never be allowed to marry. 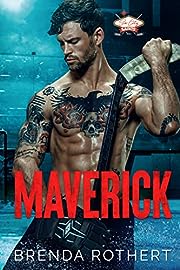 The Vegas heat just kicked up a notch with the arrival of ice hockey’s newest expansion team – the Sin City Saints.

Maverick Hagen’s fall from grace was more like a crash landing. His record-breaking career ended after a fight with an opponent over a woman left him with a broken leg, or so the pundits thought. Returning to the sport he loves as the captain of the league’s new expansion team, the Sin City Saints, his lucrative contract comes with just one rule—no romantic distractions.

Gia Ford also makes her living playing a game—poker. The rounder has hit her stride in Vegas, quietly building her bank account one casino at a time. She’s got a score to settle, and nothing will get in her way—not even the sexy hockey player who’s willing to lose money just to see her in action. Maverick attracts attention, upsetting Gia’s under-the-radar game.Maverick and Gia can’t afford to give in to their magnetic attraction, with his career rebounding and her winnings growing. But the hotter their chemistry burns, the harder it is to deny. So will they or won’t they? In Vegas, there’s only one way to settle it—a bet, of course. 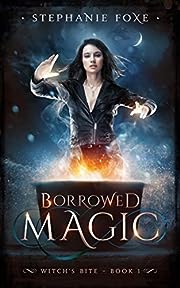 A COMPLETE SERIES!
It’s just one witch, her cat, and a half-empty bottle of tequila against the world.
Olivia Carter can brew her way out of pretty much anything, but when she’s the last person to see a vampire groupie alive…things get complicated.

The witches expect her to help them pin this on the vampires so the case can be closed quickly. The vampires expect a little loyalty. After all, the only vampire who could have committed the murder is her best (and only) friend.

With an angry coven on her tail, she’s dodging fireballs in parking lots, all while dealing with a hot cop-turned stalker, and a growing mystery. Olivia faces a terrible choice: protect the dark secret she’s been running from all her life…or save her friend.

Her enemies are about to discover that this witch BITES BACK. 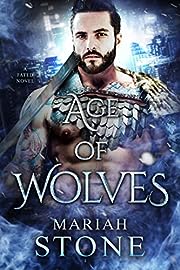 Her suspect. Her lover. Her doom.
Boston police detective Ella O’Connor’s job is on the line. And only busting port owner Channing Hakonson for drug smuggling will satisfy her boss. But there’s more to the tattooed billionaire than she imagined—something mystical and ancient.

Wolves protect him. Time traveling Viking assassins stalk him. The mafia bails him out of prison.

And even Ella’s own mysterious powers can’t stop Channing from dooming them all—or occupying her every thought.
With an unprecedented early winter causing food shortages around the globe, and chaos reigning in the streets, it feels like an apocalypse is coming. And somehow the Nordic giant is responsible for Ragnarök.

To keep her family off the streets, she must put him behind bars.

To save the world, she must kill him.

But she breaks the most important rule in the book: Do not fall in love with the suspect. 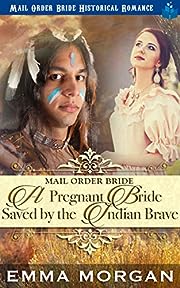 Left alone after her husband dies, Essie Holman is desperate to find a safe home for her unborn baby. As a last resort, she answers an ad as a mail order bride, and soon is traveling west to marry a man who seems to only reluctantly want her. But when the coach she is traveling in is attacked, she finds herself rescued by a band of Indian warriors and invited into a life she never expected. And never wants to leave.

Mikasi Clay is hiding a broken heart, shattered by the loss of his beloved wife and son. He has sworn to never to love again, and to focus on hunting and providing for his tribe. However, the lovely Essie works his way into his heart, and soon he finds himself wanting to protect both her and her child. But she is sworn to another man, and his desire for honor puts him at odds with his love. A love he is afraid to risk again. 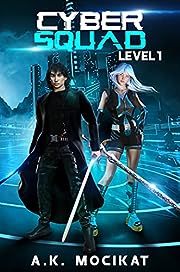 VR is perfectly safe. At least that’s what they’re telling you…
Every day millions of players connect their brains directly to VR. Everyone firmly believes that the virtual worlds are safe to enter… They’re wrong.

When Kai, one of the best gamers in the world, gets admitted to the Cyber Squad, he at first believes he landed his dream job. Yet soon he discovers that nothing is as it seems. Dressed in a high-tech suit designed to protect his body and brain, Kai and his team enter the most dangerous and exciting virtual worlds to cleanse them of everything that could be harmful to regular players.

The Net is a dangerous place filled with hackers, rogue AI … and worse. What hardly anyone knows: glitches and malware can cause damage to a player’s brain or even kill them. Kai will have to put his life on the line to save others, but at what cost? 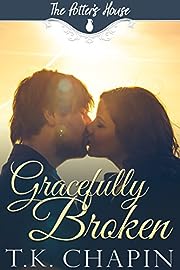 Corey Williams is a man who is like everybody else. He works hard, pays his bills on time and hopes to have enough money left over after payday to buy groceries for his wife and children. When one month turns to several where his finances just aren’t working, he takes an opportunity that will make his money problems go away. The only problem was it cost him everything . . .

It’s been three years since Holly’s ex-husband Corey was arrested and locked up. When he went away to prison it about destroyed her and the kids. She has spent three long years trying to piece together the broken fragments of their lives that her ex-husband left behind. She moved on and is now engaged to a wonderful man who loves her and the children. The only problem now is her ex-husband is being released from prison and it looks like her heart didn’t move on like her brain already did.

Corey not only served his time but found Jesus in prison. With a new heart and perspective on life, Corey now seeks to be the father and husband that he knows his family deserves. When he learns his wife is marrying another man, he realizes it might be too late.

Our actions have consequences and sometimes not everybody gets their happy ending. Jesus saved Corey Williams’s soul from going to Hell, but will He also be willing to save his family? 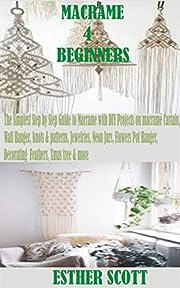 There are several DIY macramé wall hangings, bracelets, necklaces, room dividers, neon jars, flowers hangers in my projects that I want to reveal to you in this book. In this book I will be showing to you the steps on how to macramé the basic macramé knots and patterns that will guide you to carry out your DIY macramé projects of your choice with projects on macramé room dividers, jewelries, wall hanger, Flowers hanger, lovers necklace, garden shades and Neon Jars and more! 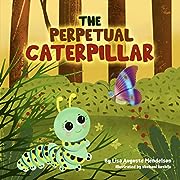 Who says caterpillars have to turn into butterflies? Shouldn’t it be their choice? Issa sees her true beauty as a caterpillar and she plans to stay that way. It is a story of friendship, acceptance, choice, and purpose. When it comes to living your best life, its best to do what makes your own heart happy. 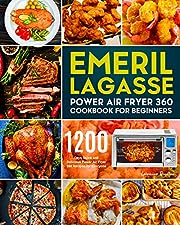 From the beginning of this cookbook, you can learn exactly all you want to know about Emeril Lagasse Power Air Fryer 360 about its features, operation principle, main functions, maintenance tips and troubleshooting.

1200 days quick and delicious recipes in this cookbook, covering breakfast, snacks and appetizers, vegetables and sides, fish and seafood, chicken and poultry, dessert, and red meat, will give you a fun and informative culinary journey.

Precise ingredient dosage, straightforward cooking steps, and nutritional reference are the details in each recipe, and each of them has considerate temperature and timing setting note to allow you too make ideal meals by yourself.

Each recipe in this cookbook has serving suggestion and variation tips, which are given for you to choice for a more satisfied taste. You can also make the derivative meal according to the variation tips.

If you have no idea how to match your daily meals from these 1200 days recipes, you can refer to the 4 weekly meal plans at the end of this cookbook, where the daily meal plan in the weekly plan includes breakfast, lunch, snack, dinner and dessert suggetstion.

It’s time to pick up this excellent cookbook, try those delicious recipes that come along with easy-to-find ingredients and easy-to-follow steps, and enjoy all sorts of flavors only by cooking in your Emeril Lagasse Power Air Fryer 360! 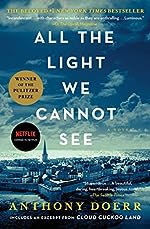 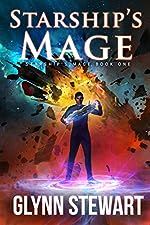 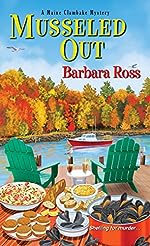 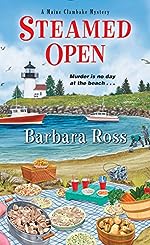 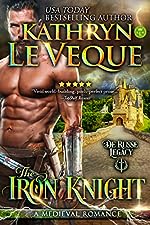 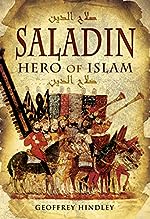