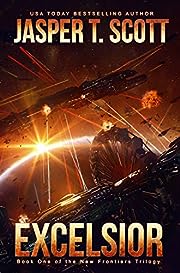 A MISSION TO ANOTHER WORLD COULD BE OUR ONLY HOPE…

The year is 2790 AD: with space elevators and giant orbital fleets hovering over Earth, open war looks inevitable, and people are anxious to get away.

The lines are drawn, with the Confederacy in the East, and the First World Alliance in the West. In hopes of finding a refuge from the looming war, the Alliance is sending Captain Alexander de Leon to explore an Earth-type planet, code-named Wonderland, but at the last minute before launch, a Confederate fleet leaves orbit on a trajectory that threatens both the mission and Alliance sovereignty. The resulting power struggle will determine not only the fate of Alexander’s mission, but the fate of the entire human race. 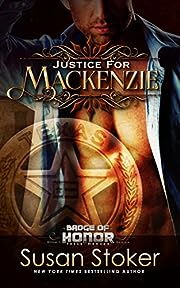 A member of the famed Texas Rangers, Daxton Chambers has dealt with more than his share of depravity. But the Lone Star Reaper takes evil to a whole new level, kidnapping and burying women alive. It’s Dax’s job to help keep San Antonio safe, but even with help from friends in various law enforcement agencies, the killer remains two steps ahead. It’s hardly the ideal time for a relationship, but Mackenzie Morgan is too luscious to resist. Dax wants her–which makes her an instant target for his newfound enemy.

When the Reaper gets personal, it will take every ounce of Daxton’s considerable skill and training to keep Mack alive. 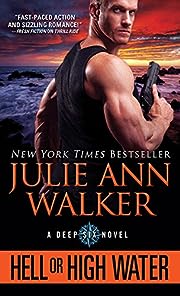 THE DEEP SIX features six former SEALS on super-secret black ops, and feisty heroines who know how to handle both lethal weapons and alpha men.Only two things could make former Navy SEAL Leo Anderson return to the world of weapons and warfare. First, a capsule of chemical weapons lost on the ocean floor, and second, a plea for assistance from the one woman he can’t seem to forget-CIA Agent Olivia Mortier.Now, working together to race against the clock and a deadly terrorist faction, Leo and Olivia must find the missing capsule, all the while battling the intense desire burning between them. If they can survive, can their growing attraction become more than just a momentary flare? 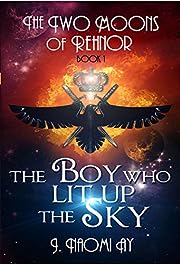 Lydia Kalila, the Princess Royal of Mishnah, is forced into marriage with the son of her country’s mortal enemy for the sole purpose of producing an heir. Duty comes before personal choice for a princess, especially when her country has been at war for more than a thousand years. Lydia’s pregnancy removes her brother and new husband from their respective lines of succession, placing her yet unborn infant at the head of both queues. No one is happy about this, especially Lydia who dies during childbirth from wounds caused by the talon-like toenails of her very strange newborn son.

Grief stricken at the loss of his daughter, the Mishnese King hastily sends Senya, his infant grandson off to a decrepit inner city orphanage with the intent to retrieve him much later when things got sorted out. At the orphanage, Senya is protected by the invalid Sister Meri who instantly falls in love with the little fellow. She’s not bothered at all by his strange telekinetic and telepathic powers, flickering pupil-less silver eyes, or wicked clawed toenails. The House Father takes a shine to the lad too, and when Senya is six years old, he is summoned to the Father’s chamber. The Father ends up in flames, forcing Meri and Senya out into a snow storm running for their lives.

Thus begins the tale of Senya, a prince created to be king of a planet but tossed aside until his twelfth birthday when Lt. Taner, a Royal Guard detective is sent to retrieve him. It is unclear to all whether Senya is the product of something good or something evil, but in either case, it is very apparent that he is something more than just Lydia Kalila’s son.

Restraining Order: Some Men Can’t Take No For An Answer 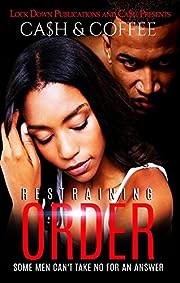 CHOPPA is the man. A young, rich, thuggish hustler who has the city on lock. All he needs is the right woman to come home to. But life has taught him that women are a pleasure. They are not to be loved, and they definitely can’t be trusted—until he meets her.

JULZ has already been hurt and damn near broken by a man. Falling in love again is not on her list of things to do. She’s just trying to repair her life in a different city and care for her son. Damn a man—until she meets him.

Immediately, she is attracted to Choppa’s rugged sex appeal and his cocky manner. Not only does he make her wet, he treats her like a queen. But everything that glitters ain’t gold.

In the middle of a passion that is as hot and as dangerous as an inferno, Julz discovers some things about Choppa that frightens her. But will he let her walk away? Or will he put her in the same chokehold he has on the drug game?

To get away it may take much more than a RESTRAINING ORDER. 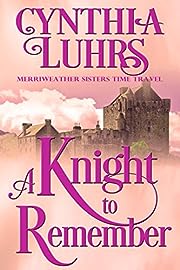 Proper English lord for a boyfriend.

Be careful what you wish for…

Lucy Merriweather’s supposedly perfect boyfriend attempted to murder her during a visit to Blackford Castle. Falling through time to 1300s medieval England, she lands in a tangled heap at the feet of a tarnished grumpy knight with secrets of his own and no time to spare for a crazy damsel in distress.

THE BOOK OF DREAMS 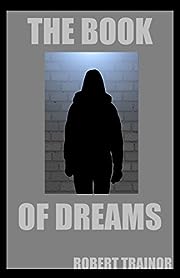 Murder mysteries come in many forms—as do dreams. Detective Shane Manning has a troubling history when it comes to his dreams because many of them are nightmares that often seem to come true. Maybe not exactly and completely true, but the dream images are close enough to reality to give him a serious case of the jitters. This was especially true when he was younger and lived with Meredith, Damian, and Kristina. The dream he had back then was something that would haunt him for years and years.

And now, fifteen years later, he’s investigating the murder of twenty-three-year-old Sandy Baird. It appears to be a fairly simple case: A college professor, Avery Hawthorne, begins an affair with Sandy, and a month after she threatens to tell Avery’s wife about the affair, she is found strangled to death in a rural area. However, as Shane and his partner, the beautiful Stella Hart, begin to investigate the case, evidence is uncovered that implicates two other suspects. Strangely, besides having excellent motives for murdering Sandy, these two suspects seem to know things about the murder that only the murderer would know.

And those dreams! Shane dreams that he is seduced by Stella, and roughly simultaneous with his dream, his wife begins, in real life, to suspect him of having an affair with Stella. Lauren Manning has always been the jealous type, but this time, it’s way over the top…trying to run them down in a parking lot…throwing an empty glass bottle at them…the purchase of the Smith and Wesson 38.

And those dreams! Like the one where Lauren discovers them in a bar—the same bar that Stella and Shane had been in the day before—and shoots them to death with a Smith and Wesson 38.

Dreams are a kind of unknown reality—they seem so real, sometimes more real than actual life. Where do they come from? What do they portend? Who can see through the veil of secrecy that shrouds dreams? Who is to say what’s real and what’s an illusion?

Welcome to The Book of Dreams. But beware: The dreaming world is not for the faint of heart nor does it conform to standard solutions, trite explanations, or the so-called logic of this world. Dreams exist in another dimension entirely, and by the time you reach the conclusion of The Book of Dreams, you will see that this murder mystery, just like some dreams, can be the gateway to a different understanding of reality. 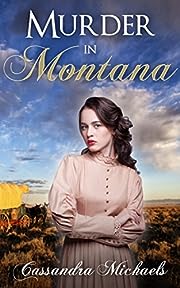 Young Abbie is haunted by the death of her parents.

It was years ago.

Yet in her twenties, Abbie finds herself unable to let go of the past, and the burden she carries with her is dragging her down… No matter how hard she tries to fight against it.

Then, she finds out she is going to be homeless, and she has nowhere to go. How is she going to make it in a world she is terrified of? Will she ever be able to lead a real life or get married? How is she going to meet a husband when she sees all men as that hooded man from long ago?

In desperation, Abbie decides to take a leap of faith and marry an Oregon man, but her past seems to replay itself in a sleepless night in Montana. Will Abbie be able to pull through and do what she thought she should have done all those years before? Will she be able to trust again? Or will she keep running? 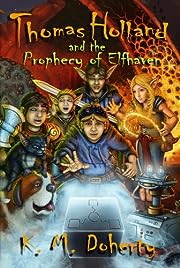 “Thomas Holland and the Prophecy of Elfhaven” is a Harry Potter style magical fantasy, with a sci-fi twist. Complete with magic and wizards, trolls and ogres, puzzles and gremlins, friendship and betrayal, and of course, Tom’s robot Chloe. There’s fun for the whole family in this exciting tale! This is the first book in the Thomas Holland Series. The second in the series “Thomas Holland in the Realm of the Ogres” will be out soon. Share the magic! 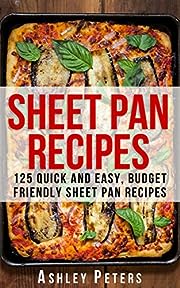 Sheet pan cooking has become one of the latest trends in cooking that has proven itself in making food preparation that much more enjoyable. Throughout this book, which is packed with more than 125 sheet pan recipes for your enjoyment, you will discover how to properly sheet pan cook your vegetables, any starches, and your main meat dishes. Whether you are looking for a chicken or beef dish, some roasted vegetables or potatoes, or anything else that you can roast, you are in for a treat!

Check out the amazing recipes below! 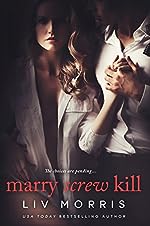 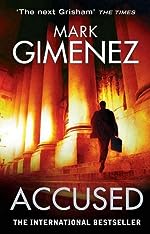 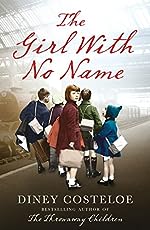 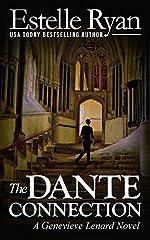 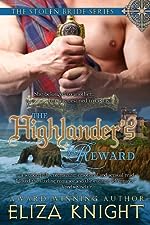 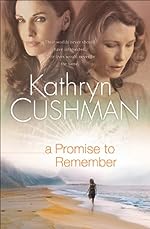 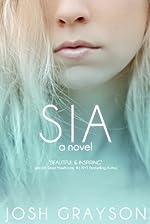 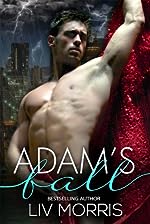 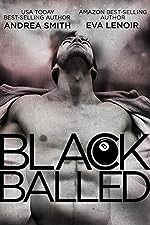 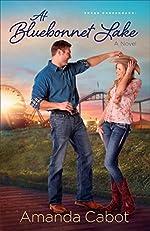 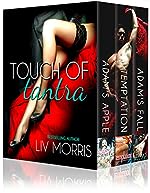