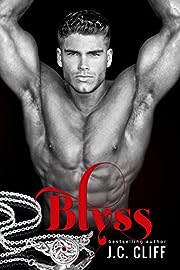 Blyss is something the world has been trying to create since the beginning of time, the ultimate aphrodisiac, a drug used against women with one single purpose in mind….

Julianna Oakley has just finished up her junior year at college and flies home to spend her last free summer with her father on their prestigious Georgia estate. Julianna isn’t the stereotypical rich girl, a spoiled prima-donna. She’s down to earth and has an independent streak a mile wide, insisting she makes her own way in this world.

Nick has been setting the stage for a long time, and sparks fly when their separate worlds collide. She is Nick’s ultimate obsession, and he will stop at nothing to own her.

When Travis, Nick’s right hand man, lays his eyes on the prize, all hell breaks loose. He should know Nick is playing for keeps, and while Julianna is fighting for her freedom, a lifetime full of secrets and twisted perceptions slowly unravel as Julianna gets caught in the fray. 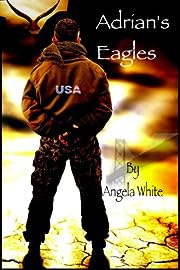 “The Slavers are coming…I can almost feel their hate.”

Adrian’s hand rested lightly on his gun. “The Eagles want them to. After all the hell they’ve caused, my Army can’t wait to make them pay.”

Three months after the War of 2012, Safe Haven refugee camp has made it to South Dakota and now holds six of the seven special survivors meant to lead the rebuilding of their country -but it can’t be done until they find a safe place to settle… and who can think of peace when there’s a huge camp of foreign invaders less than a day behind their group and they only want one thing? Safe Haven and everyone inside the light.

Will Adrian be able to keep his people out of Cesar’s evil control long enough to finish the training he’s begun? The enemy numbers are over 300 and growing. There are currently 64 Eagles in Adrian’s army. Maybe if Brady can come up with the right plan and Angela can tell him when. He’ll also need Sam to warn him when Nature is attacking. John will look after their health and Kenn will…get banished if he can’t let go of Angie, who has found something she really wants (even though no one else, not even Brady, wants her to try for it).

The Survival of America: everyone is on equal ground, working for a common goal, yet it won’t happen overnight and not everyone can handle Adrian’s version of safety, including some of his closest people. 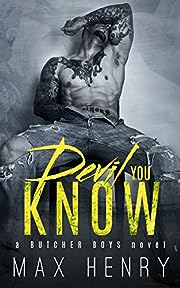 How do you define it? I guess it’s up to the individual. Love can be a sweet gesture of flowers on your anniversary. Love can be a meal waiting at home after a long day at work. Love can be a gentle caress. Or the unspoken words in your lover’s eyes.

Love isn’t a backhand, given because of a warm beer. Love isn’t wearing long-sleeves to hide bruises from the ladies at the supermarket.

I thought I’d never experience love. Such emotion didn’t seem to fit with what I had—who I was.

But he stepped in, and showed me his.

He saved me. Now it’s my turn to return the favour …

A group of ex street kids who’ve made their name doing the dirty work for whoever pays the right price, and a motorcycle club questioning it’s future after the bad decisions of a former president.

Can an alliance between these two groups save them both from destruction? Or will they fall together under the pressure of a crazed drug lord hell bent on domination? 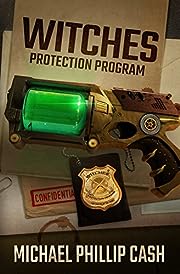 Wes Rockville, a disgraced law enforcement agent, is given one last chance to prove himself and save his career when he’s reassigned to a 232 year old secret government organization. The Witches Protection Program.

Reluctantly paired with veteran witch protector, Alastair Verne, Wes must learn to believe in both witches and himself.

The Revised Life of Ellie Sweet 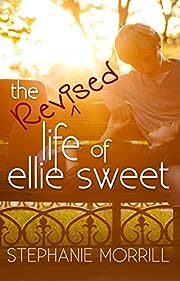 Ellie Sweet is a lot of things—good girl, novelist, silent adorer of the new boy at school, Palmer. But when “outcast” gets added to the list, she decides it’s time to take reality into her own hands … and tweak it as needed.

In the pages of her book, she’s Lady Gabrielle, favorite of the medieval Italian court. Her once-friends are reduced to catty ladies-in-waiting, and the too-charming Palmer—who in real life never spares her a second word—gets to be nothing more than a rake wracked by unrequited love for her. She even has a perfect real-life villain in the brooding Chase, who hails from the wrong side of town.

But just when she’s getting along great in her fictional world, the real one throws her a few curves. With Chase pursuing her, Palmer wanting to date her—but in secret—and the details of her manuscript going public, Ellie suddenly receives more attention than she ever really wanted. And when her former-friends discover what she’s been writing, they’re determined to teach Ellie a lesson about the severe consequences of using her pen as her sword.

The Illusions of Eventide: The House of Crimson and Clover Volume 1 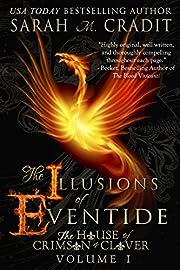 Dive into the secret, ancient, powerful world of two New Orleans families, the Deschanels and the Sullivans…

The Illusions of Eventide is Volume 1 in the House of Crimson & Clover Series, and the recommended starting point for new readers.

Nicolas Deschanel was betrayed by the only two people who matter to him. Their disloyalty stung and an overwhelming sense of loss lingers. Nicolas has lived the high life professing to not have a care in the world, and now this illusion is calling his bluff.

Determined to take control of an existence now devoid of purpose, he sojourns to his family’s holiday home on the Gulf of Mexico. Resolved more than depressed, he plans to privately say goodbye to a world which no longer needs him. Of questionable fortune, he finds a woman, Mercy, sitting alone on the shore at eventide. Nicolas is conflicted between an obligation to help, and annoyance at her intrusion.

Mercy has many layers of secrets. Deepest of all, she cannot tell this Child of Man she is thousands of years old and very powerful. In her presence, Nicolas’ own dormant powers begin to surface, triggering a sequence of events that cause both of their lives to spiral further out of control. When old friends from both sides come to help, together they all learn a painful truth: new life can only begin once you’ve set free what means the most. 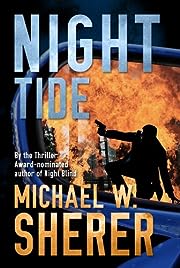 Blast From The Past…

Blake Sanders thought he left his Midwestern past behind when he went to UW on a basketball scholarship more than 20 years earlier. But Keely Radcliffe drags it back into the present when she shows up on Blake’s stoop one morning to ask for his help.

Back then, Keely’s sister was killed in a lab explosion on a university campus in southern Illinois. Blake’s best friend Perry Langford was arrested and convicted of murder for setting the charge, but Langford always maintained his innocence, claiming someone else blew up the building. Not even Blake knows what really happened, and he was there, a secret he’s kept all this time. Now Langford is out of prison, and he’s gunning for all those he holds responsible for his 20-year stint in stir, including Blake.

A week later, Blake’s cop friend Charlie invites him to a backyard barbecue at his folks’ house. Masked gunmen burst in on the festivities before the two of them can even open a beer. Charlie and Blake manage to hold off the marauders, but Charlie is wounded, and when the smoke clears Charlie’s parents have vanished.

Events begin to snowball, putting Blake on the run from both the shooters and Langford, his childhood friend, and Blake realizes they’re all related. Soon the FBI and even naval intelligence officer Reyna Chase are on his tail, too. Whoever planted the bomb 20 years ago is cleaning up loose ends, and the prize they’re still seeking after all this time—a revolutionary battery design—is worth a fortune, even worth selling out one’s own country…and killing for.

Return to You (Montgomery Brothers Book 4) 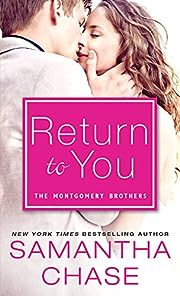 James Montgomery has achieved everything he’d hoped for in life…except marrying the girl of his dreams. After a terrible accident, Selena Ainsley left ten years ago. She took his heart with her and she’s never coming back. But it’s becoming harder and harder for him to forget their precious time together, and James can’t help but wonder what he would do if they could ever meet again. 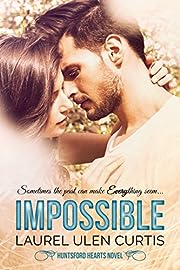 Veronica Russo chases storms, but runs from her past by staying firmly in the present. Unwilling to consider the possibility of a future, she’s checked out of life by using solitude and standoffishness as her armor and a sharp tongue and quick wit as her weapons.

Coleman Cade is a walking contradiction- just like his mismatched eyes. A rough and manly bull rider with a playful side. A ladies man with thousands of willing victims, but what he really wants is one woman. The right woman.

Will Roni be able to let go, move on, and find a way to fulfill her dream of having everything? Or will unsubstantiated choices and unresolved demons stand in the way of their happily ever after?

In order to overcome past tragedies and find true happiness- in order to have Everything- Roni needs to do one thing. Find the impossible. 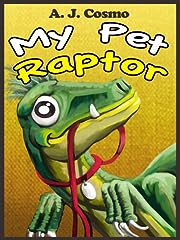 A raptor followed me home one day from school. I asked Mom if I could keep it and she said yes! But am I really ready to have a pet?

My Pet Raptor is an illustrated story perfect for 1st to 4th graders. 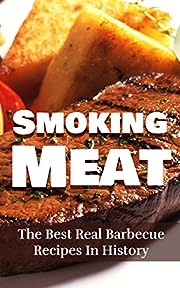 All you need to know about smoking meat. Delicious easy recipes made for you

Everything old is new again. The art of smoking meat is preserved from ancient times. Natives in the

Caribbean set up a fire pit called a “barbacoa”, its name is similar to our modern word “barbecue.”

and beef. Smoking tenderized tough cuts of meat that would otherwise be hard to eat.

Although smoking was the original way to preserve meat, modern men prefer to barbecue and grill.

When it comes to outdoor cooking, men are the original keepers of the flame. Women are usually

relegated to the kitchen, but they shouldn’t be afraid to tend the grill – be it propane or charcoal.

Women shouldn’t be afraid to attempt some of the recipes in this cookbook. Grilling is all about

control of the fire, not necessarily maneuvering the intricacies of exterior cooking.

Women can certainly handle the duties as easily as any man. Ladies, send him into the kitchen,

tie on your apron and start cooking.

Most of the recipes in this cookbook are cooked on a traditional smoker or grill. Some special ways

of smoking and grilling have been included – just for fun. Fish recipes are listed first as homage to

the origins of grilling. Pork, chicken, beef, and even some unusual ingredients will be profiled to

help you get your grill on!

What You’ll Learn To Make From This Cookbook 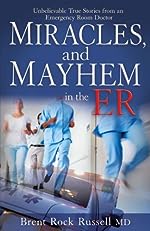 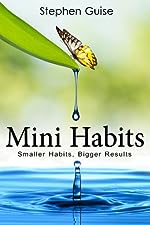 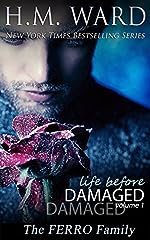 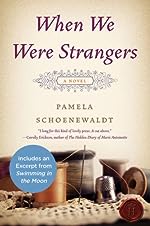 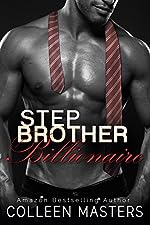 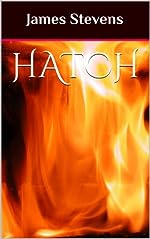 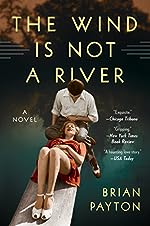 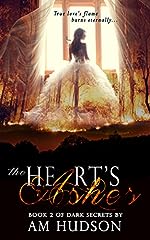 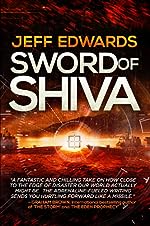 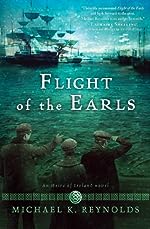 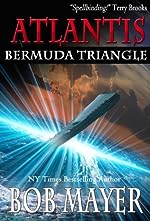