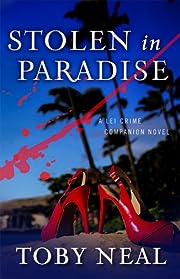 Marcella gets into sand way over her Manolos investigating the death of a prominent scientist washed up on a Waikiki beach with a bullet hole between the eyes. BioGreen, a genetically-engineered algae that could solve the world fuel crisis, has been stolen from the development lab—a hotbed of intrigue where everyone on the project has something to hide.
Marcella also has a secret vice, more dangerous than expensive shoes—and it leads her into arms that are too close for comfort. 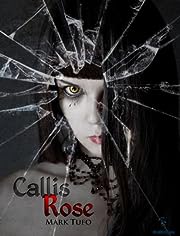 Callis Rose is a girl blessed with a gift from above or cursed with a ruthless power she barely understands, it’s really just a matter of degrees. As her family life is turned asunder she is thrown into an indifferent Social Services program where she defends herself the only way she knows how. Callis is moved from home to home until she finally settles at the Lowries. As she starts her first day of high school she meets both her favorite and least favorite person, both happen to reside at the same household.
Mindy Denton makes it her single mission in life to destroy Callis, even as her brother Kevin falls deeper into love with the mysterious and beautiful girl who is hiding something from them all. 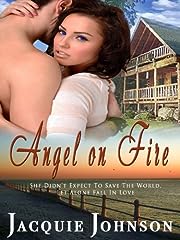 All Angela wants is to understand why her father, security specialist Mac McKenzie, dropped dead on a sidewalk in Boston. Instead, she is thrust into the midst of an international conspiracy when she discovers that her father was working on a classified project at the time of his death. Now, the FBI, a terrorist and a killer have her in their sights.

Former Navy SEAL turned undercover operative, Chase Romero thinks his boss is overreacting when he orders Chase to small town America to protect Angela. But he changes his mind when her home is burglarized and “accidents” begin to happen. The real question becomes, how can he keep her safe if he keeps tripping over his own heart?

After shooting an intruder, Angela flees the scene, and the FBI issues a warrant for her arrest. On the run for her life and her freedom, she places her trust in Chase. As they travel from New England, to the nation’s capital, to the shores of Lake Michigan, the trail – and their attraction – grow hotter. Together, they team up to prevent a global financial market meltdown and face a killer who will stop at nothing to get his hands on the project Mac protected with his life.

The White Tree (The Cycle of Arawn) 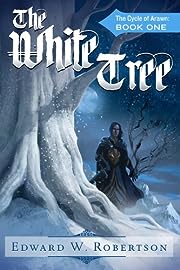 Sixteen-year-old Dante is obsessed with learning to wield the nether, the powerful magic of the death god Arawn. But a century ago, Arawn’s followers were scoured from the kingdom of Mallon. Their temples smashed. Their secrets lost.

When Dante tracks down a copy of their holiest book, he throws himself into its study–and finds himself under siege in the city streets. Arawn’s believers aren’t dead. They’re in hiding, and they want back their book. With the help of the nether and a loudmouthed bodyguard named Blays, Dante escapes into the wilds. But Arawn’s army is ready to march from the shadows. As they move against Mallon, they hunt Dante relentlessly, in search of the book.

And with his powers growing by the day, Dante finds himself used as a tool in the war against them. He and Blays are dispatched on a thousand-mile journey to assassinate the Arawnites’ leader. If they fail, their homeland will fall.

In Honor Bound (The Chastelayne Trilogy) 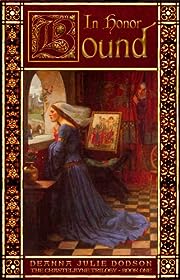 His father will stop at nothing to keep the royal bloodline “pure” –even murder. But his sins have nearly destroyed Prince Philip and the future of his reign.

Forced into a political marriage, Philip tells his bride, “I will not lie to you, I will not be unfaithful to you, and I will not love you. My heart is pledged to another and I am not a man to break an oath.”

His one true love is a lowly serving girl. When Philip refuses to set her aside in order to form a politically beneficial marriage, his father has the girl tried on false charges and executed. He then forces Philip to marry the beautiful and nobly born Lady Rosalynde. Devastated and embittered by his loss and his father’s betrayal, Philip is determined to never love again . . . not his father, not his wife, not his God. Although Rosalynde adores him, he withholds his heart from her, refusing to let even death end his devotion to the love he lost. Despite his coldness towards her, Rosalynde is determined to love him and teach him to love her — as determined as the God he has turned his back on. As civil war rages throughout the realm, Philip faces a greater struggle within himself. Will he open his heart to love again or let his pride destroy him and his kingdom? 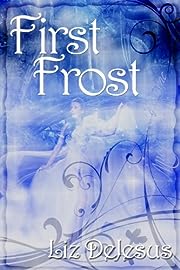 For generations, the Frost family has run the Museum of Magical and Rare Artifacts, handing down guardianship from mother to daughter, always keeping their secrets to “family only.”

Seventeen-year-old Bianca Frost wants none of it, dreaming instead of a career in art or photography or…well, anything except working in the family’s museum. She knows the items in the glass display cases are fakes because, of course, magic doesn’t really exist.

She’s about to find out how wrong she is.

One Night With a Rock Star 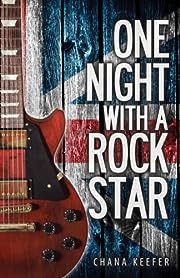 When Esther was a young teen with frizzy hair and too-skinny legs, Sky’s music soothed her through awkwardness and pain. Now she’s a college journalism student and fledgling print model. One chance meeting rocks their worlds.

Will Esther’s deep roots in family and faith keep her feet on the ground when a tornado named Sky blows her world apart?

This coming-of-age tale will delight young adult, new adult & adult audiences alike with homespun humor, dazzling celebrity, and a heart-wrenching tale that transports the reader from the wide open spaces of Texas, to the castle-dotted Scottish highlands. Explores themes of spirituality, relationship with God versus religion, and how one can have it all yet still search for meaning and purpose in life. 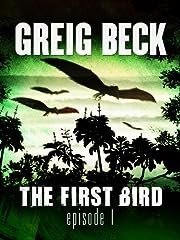 Matt Kearns, linguist, archaeologist and reluctant explorer from Beneath the Dark Ice and Black Mountain returns in his first full-time adventure. And this time he doesn’t have Alex Hunter to save him when the stuff hits the fan.

When a fame-hungry scientist brings an impossible, living specimen of a creature long thought extinct back from the wild jungles of South America he unwittingly brings along a passenger. Something with the potential to destroy every living thing on our planet.

The infestation begins, rapidly overtaking medical resources and resisting all treatment. One woman knows the danger, Carla Nero, chief scientist of the Centre for Disease Control. She makes Matt an offer he can’t refuse and together they join a team heading to the deep jungle in a desperate race to locate the hidden place where the specimen was taken.

Only by finding the location of the specimen can the team – and the world – hope to uncover the secret of how to survive the ancient, horrifying parasite that has been released. 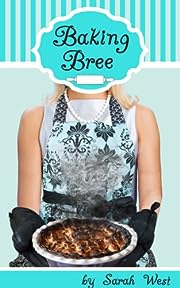 Drifting through life with no direction, Bree is sick of her dead-end job, her dull boyfriend, and her crappy Boston apartment. But when her grandmother dies in a hang gliding accident, leaving Bree a small fortune and a house, she uses the opportunity to reinvent herself.

Despite her family’s disapproval, and the fact she can’t boil water without a fire extinguisher nearby, Bree enrolls in a culinary course, taught by the dreamy Chef Simon. After a rough start, she is shocked to discover that she is actually enjoying herself…and Simon!

When things start to heat up outside the kitchen, Bree is faced with the difficult task of figuring out what she wants…before it’s too late. 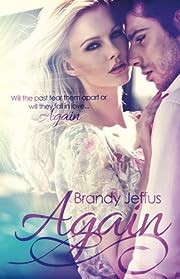 From recess buddies to high school sweethearts, Eli Stone and Bonnie Jinks were constants in each other’s lives. Although young, their relationship had withstood the test of many teenage tribulations. Marriage and a happy ever after were in their future plans.

One alcohol fueled mistake rips them apart. Bonnie ends up on the road with her new boyfriend while Eli joins the military. It seems as if their lives would never intersect again.

A near fatal accident brings them together and their chemistry is undeniable. But will the pain of the past keep them apart? Can they make their love work again? 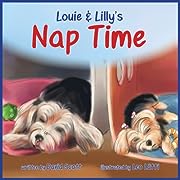 Lovable yorkie puppies Louie and Lilly are very sleepy after playing all morning, so they set out on a quest to find the best places to nap. With 36 beautiful illustrations and a fun, alternating rhyme scheme, this is an adorable children’s book to read aloud for nap time, bedtime or any time.
Preschoolers will engage with the sweet nursery rhymes and lush artwork, and older kids can read right along. This rhyming picture book for kids may soon become one of your favorite children’s bedtime stories.
Formatted for kid-friendly reading on all Kindle models and free Kindle reading apps, including iPhone, iPad, Mac, PC and Android devices. 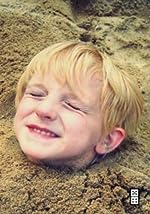 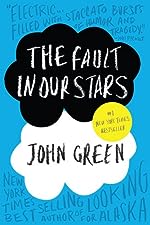 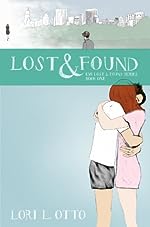 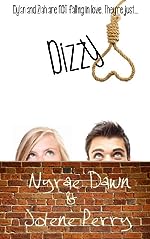 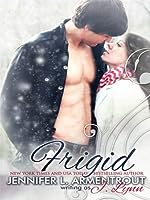 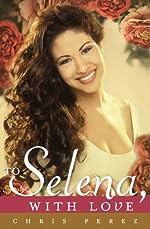 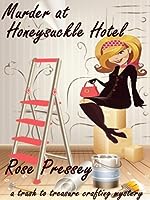 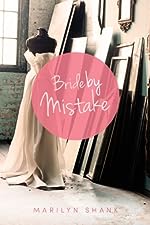