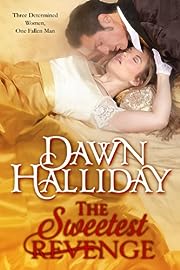 ~~~Three Determined Women… Seven years ago, Leo, the Earl of Leothaid, took Isabelle Frasier’s innocence. Now Isabelle is in London, where she befriends two other ladies who were similarly ruined by Leo, and the three women join together to seek their vengeance. Soon, however, Isabelle is given an impossible choice: stand by her friends…or betray them by surrendering to her reawakening feelings for the wicked earl.
One Fallen Man… When Leo lost the woman he loved, he sank into a life of depravity and vice. But when three mystery women abduct him and shackle him in a dark cellar, Leo just might rediscover his humanity…and a love that may lift him back into the light. 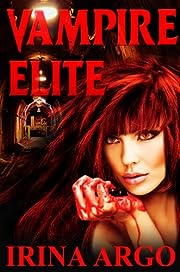 A millennia-long war between two immortal races is about to come to an end. Long ago, the Vampire Elite began capturing the immortals called the Amiti, attracted by their unique blood properties. Now most Amiti live in underground cells, forced to serve as vampires’ bloodstock. The few surviving free Amiti, preparing a final strike, have declared their Queen a traitor. Her execution makes possible the rise of a new Queen, her young daughter Arianna, who will inherit her mother’s mystical powers. Working with the Keepers of the Key, Arianna may be able to eliminate the vampires, once and for all, from the face of the earth.

The new Queen is the last hope to save her dying race–and she’s ready to fight to the last drop of her blood.

But the King of the Vampires has other plans.

Based on an ancient Egyptian legend, Vampire Elite is the epic story of a bitter conflict between two immortal races–and the effect of that conflict on everyone living in its grip. The characters are driven to love and betrayal, vengeance and sacrifice in a world without easy black-and-white answers. 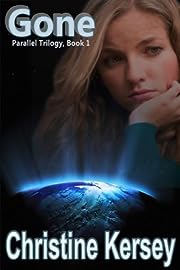 What if everything you knew was suddenly gone?

Sixteen-year-old Morgan Campbell runs away from home and when she returns the next day her world is turned upside-down. Not only is her family missing, but another family is living in her house and claims to have lived there for weeks.
As Morgan desperately works to figure out what has happened, she finds society has become obsessed with weight in a way she has never seen before. The more she searches for answers, the more she begins to wonder if she has somehow ended up in another world–a world where it is illegal to be overweight.

Can she survive in this world until she can get home?

Gone does not contain any profanity or sexual content and is appropriate for all ages.

The Many and The One (The Reynolds Family Saga-Book 1) 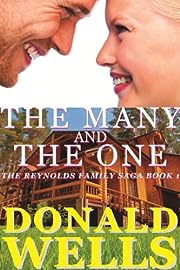 When Lindsay Parker catches her boyfriend Derek Stern cheating, she wants only one thing–Revenge!

Knowing of Derek’s hatred for Jason Reynolds, she begins dating Jason simply as a way to hurt Derek. However, something happens that Lindsay didn’t count on. She falls in love. Derek schemes to get Lindsay back into his life, however, his obsession goes too far,
and leads to a violent and life-altering confrontation with Jason.
When Derek’s beautiful, but conniving mother Charlotte enters the fray, the stakes escalate into a decades long struggle that tests Lindsay and Jason’s bond, while redefining the boundaries of love. 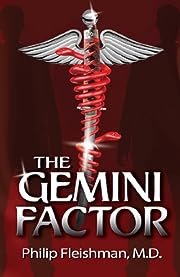 In Toronto, Inspector Raid McTavish stares at the body of a young woman carefully posed in a bed of purple iris, her throat slashed, almost beheaded, her hands placed to cover her empty eye sockets. He knows this is not a random murder, but the first of more to come. What he doesn’t know is that 2,000 miles away in Tucson, Arizona, Sergeant Gary Ronstadt is viewing an identical crime scene.
Months later, McTavish and Ronstadt meet at a seminar on telepathy between identical twins, where they are shocked to discover that not only are they investigating identical murders, but their lives are intimately linked by a number of inexplicable similarities and coincidences.

While working together to unravel the clues purposely left by the killers, the detectives realize they have but five days to find the killers before they strike again, only this time the killings will be much closer to home. 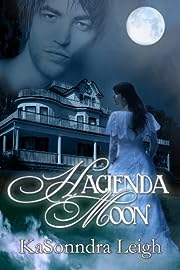 A Gothic Romance based on a true event that happened in Brunswick County, NC, on September 4, 1748.

Centuries ago, his ancestor fell in love with a woman cursed by a jealous witch.
No one believed him until it was too late.

Eric Fontalvo was determined to prove one thing…
that a family curse didn’t cause his father’s death.

The plan was working until the day he found her…again.
Suddenly his life changes forever, and he is forced to question everything he believes.

Moving into an old plantation house was just what Tandie Harrison needed to recover from tragedy.
So she writes a book, a story based on a man in her dream.
There’s only one problem though…
the characters from her novel keep showing up on her doorstep. 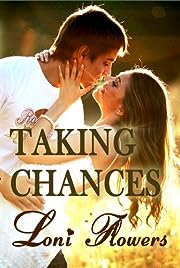 Turning her back on a life she can no longer deal with, Clair Davidson has been on the streets for six months wandering aimlessly from town to town. But when a hitchhiked car ride lands her back in a familiar town, and a terrifying encounter puts her in the arms of someone too good to be true, Clair almost starts to feel like she could belong somewhere again. Almost.
Alexander Frazier knew what it felt like to live on the streets, up until he received a helping hand from a stranger. After saving Clair from a vicious attack, it’s not long before he realizes she’s a lot like he used to be–lost. Alex soon learns he will risk everything to keep her safe and get her life back on track… even if it means his heart.
But fresh starts are new to Clair and not something she’s certain she’s ready for. Clair’s had her share of people walking out of her life and she doesn’t trust her heart in Alex’s hands. Can his love give her the second chance she never saw coming? 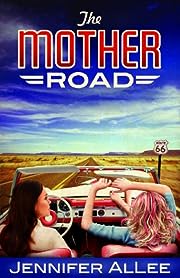 Within the course of a week, Natalie is dumped by her husband, receives an urgent call home from her father, and discovers her estranged sister is pregnant.
A road trip on Route 66 may not help, but it sure couldn’t hurt. Or so Natalie thinks, until Lindsay’s boyfriend starts stalking them. Will their trip down the Mother Road bring the two sisters closer together or turn out to be the biggest wrong turn yet?

Shelve Under C: A Tale of Used Books and Cats (Turning Pages) 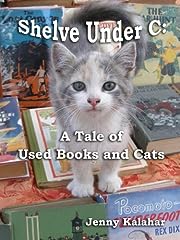 Used bookshops, big and small, often have a resident cat or two roaming the aisles, sleeping on the book stacks, or sleeping on the customers. Here is a novel all about one bookshop and its resident cats, Stomper and Buglit; and about Kris, a 12-year-old boy who apprentices in the shop. Kris is a little bit like the cats: he’s a foster child getting used to a new family, and the cats are in the bookshop being fostered for the local shelter. Stomper and Buglit are a little bit like Kris: they get into trouble, have some wild adventures, and find out just what family really means. This is the first book in the Turning Pages series.

Unlike some novels that have a used bookshop setting, Shelve Under C has the authentic spirit of the shop, its owners, its apprentice, its customers and, especially, its cats as the beating heart of this fuzzy beast. Come inside and breathe in the wonderful book smells of leather and paper and cloth. Pet the resident foster cats (and maybe take one home!). Sit near the sunny windows on one of the comfy chairs to read all afternoon. Or flip through the new arrivals and rare books and browse all of the books, old and new, in the loads of bookcases in No Page Unturned’s several packed rooms.

The main stars of this book are Stomper and Buglit. That’s what they would tell you, anyway. Stomps is a grump, but he may have a tender middle. Bug is new to the bookshop. She misses her former owner, but Mrs. O’Malley is making her life less lonesome and Buglit, in return, is becoming very important to the bookshop owners in some funny and surprising ways.

Smart Cooking for Busy People: How to Make Healthy and Tasty Full Meals in 30 Minutes 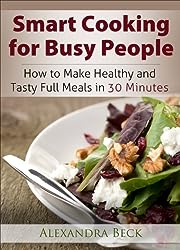 Do you resent weeknight cooking because it depletes too much of your scarce down time? Do you think of it as a drudgery that must be endured for health’s and wallet’s sake?

Now imagine there was a way to cook dinner in 30 minutes – and still make healthy meals that your family will love. Imagine what it would be like to never worry about what to make for dinner, because you’ll know you can generate a great idea for a meal at any time and execute it on the go!

“Smart Cooking for Busy People” will turn that imagined world into your reality by helping you cook better and faster, in only 3 clever tricks and 11 easy steps. (And when you cook smarter, you’ll be able to dedicate a much bigger part of your weeknights to other more important – or fun – pursuits).

“Smart Cooking for Busy People” will arm you with crucial knowledge and an assortment of detailed recipes and directions for healthy fast meals. 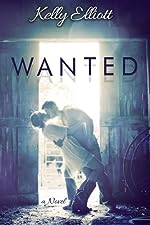 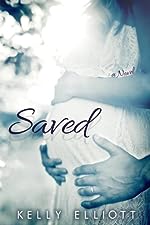 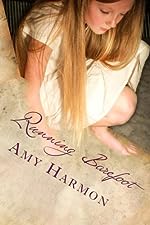 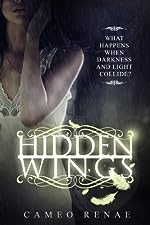 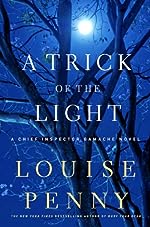 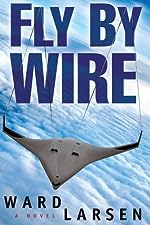 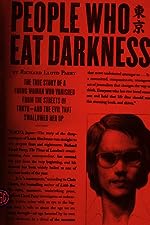 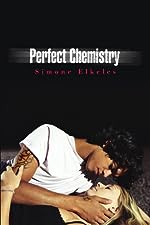