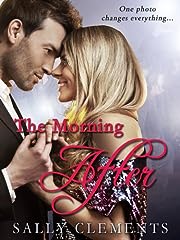 One photo changes everything…
A mortifying incident in her youth has shaken sense into Cara Byrne. No more bad-boys. No more getting arrested. Instead, hard work and good behaviour has earned her a job teaching at the local Boys Secondary School, and a proposal from a worthy man. So what if he doesn’t exactly light her fire – surely passion is overrated?
When her friend since childhood, Ethan Quinn, storms back into the small Irish village he left to pursue a career as a Hollywood action hero, she’s stunned to discover she’s as susceptible to his lethal charm as every woman in the world. And when a compromising photograph floods the media of them in a clinch, her almost fiancé reveals his true colours, CarEthan starts trending on twitter, and she loses her job, could anyone blame her if she accepts his invitation to hide out at his Malibu beach house?
Ethan loves women, but never lets his girlfriends into his heart. He’s failed at being there in the past, and won’t put his heart on the line for anyone, ever again. But Cara’s a different matter – and when passionate attraction is added to his friendship with the one person he’s always confided in, he’s thrown for a loop. Cara’s lost everything, and like it or not, he’s responsible. There’s no fighting the attraction that blazes between them – but when the month long affair is over, will he ever be able to let her go? 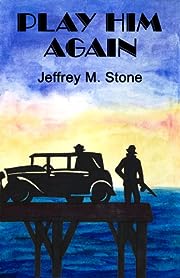 It’s the Roaring Twenties but silence remains golden in Hollywood. Adding sound to movies is expensive and only two studios have installed recording equipment. Matt Hudson, the preferred bootlegger of the film industry, wants to produce a talking picture but neither sound studio will lease him their facilities. After Hud’s oldest friend, con man Danny Kincaid, dupes a gangster who controls a small movie studio into buying a bogus sound device, the gangster gets wise and Danny ends up dead. To settle the score, Hud runs another con to play the gangster again. A con that will either avenge Danny and land Hud a studio, or get him killed. 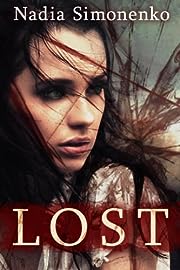 Maria’s life was torn apart when she was fifteen, and for seven years she’s kept her terrible secret hidden from the world. Now, in her final semester of college, she still struggles against paralyzing fear just trying to speak up in class, and the terror and helplessness linger on in her nightmares.

Across campus, Owen sees his scars in the mirror every morning while he gets ready for class. They remind him of the broken home he left behind, the father he hates and fears, and the little sister he couldn’t protect. Now, in his final semester of college, he’s scared that he may have to return to the hell he called home after staying away for almost five years.

When Owen becomes a teaching assistant for one of Maria’s classes, they find themselves irresistibly drawn to each other. As the two learn each other’s secrets and grow closer, they realize that although they may be lost, they’re not alone anymore.

The Tribune: A Novel of Ancient Rome (Book 1 of The Tribune Series) 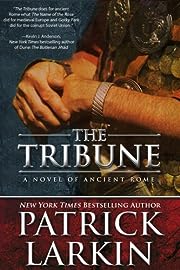 “My name is Lucius Aurelius Valens, and I am a soldier in the service of Rome.”

A young Roman officer with a strong sense of justice and duty thwarts corrupt officials plundering the province of Syria and is marked for death. To save his life, he is sent to command a cavalry regiment stationed in ever-restless Judea. He expects only the thankless task of maintaining the Roman peace in a land where he and his soldiers are despised and feared. But this peace is shattered when he and his men discover the massacre of a detachment of Praetorian Guards and the man they were protecting—a member of the Roman Senate and an ally of the emperor Tiberius himself. Plunged straight into a deadly web of murder and intrigue, Valens soon realizes far more is at stake than just his own life and honor.

“I can only tell you what I saw and heard and felt and learned.” 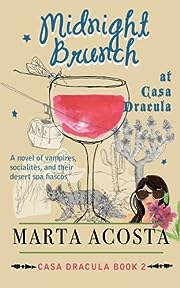 Hilarious party girl and writer Milagro De Los Santos is finally in a serious relationship with a fabulous man, Oswald Grant, MD, and living at his wine country ranch with his career-fixated relatives. It’s true that Oswald accidentally infected her with the rare family condition that makes them crave blood cocktails and need protection from the sun, but what family doesn’t have it’s quirks?

She thought they accepted her, so she’s hurt when she’s excluded from a midnight ceremony with special guests including a creepy family elder, Oswald’s hostile parents, and Milagro’s ex-lover, decadent and powerful Ian Ducharme.

When Milagro’s life is threatened, she flees to the desert to hide and work on a screenplay. Instead of solitude, she encounters an egomaniacal actor, a partying socialite, a sly tabloid reporter, and a lavish spa full of dark secrets. It’s all lots of fun until the bwaa-ha-ha laughter and the knives come out. Now all Milagro has to do is finish her screenplay, ambush a world domination movement, and overcome a terrible infection before she can make her way back to Casa Dracula.

The Bride of Casa Dracula 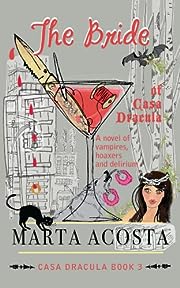 Writer/gardener/party girl Milagro De Los Santos is having serious problems planning her wedding to fabulous Oswald Grant, MD, who has a “genetic condition” that makes him crave blood and intolerant of direct sunlight. Milagro’s future mother-in-law loathes her, her dog just died, and then her extravagant friend Nancy hijacks the role of wedding coordinator. As if things weren’t bad enough, the Vampire Council assigns conniving Cornelia Ducharme, the sister of Milagro’s ex-lover, to supervise the couple through ancient wedding traditions.

Meanwhile, Milagro’s reduced to ghostwriting the memoirs of a loony little man who claims to be a shapeshifter. A series of accidents interferes with the wedding plans and Milagro fears that someone’s out to get her…again. Is her paranoia justified or is she cracking under the pressure? And why does she keep running into her too attractive ex-lover, dangerously sexy Ian Ducharme?

Also, does she really have to make a fruitcake for the reception, or are the vampires just messing with her head? 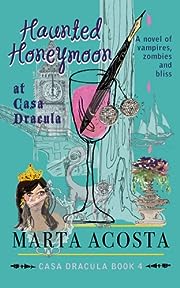 Milagro De Los Santos is forced to take another ghostwriting job for hoaxer Don Pedro when she can’t pay her condo fees. Her romantic life isn’t much better. She’s conflicted about her fling with Vampire Council member Ian Ducharme and still yearning for her ex-fiancé, Dr. Oswald Grant and her life at his wine-country ranch.

When Ian’s flirtations with a pretty neighbor infuriate Milagro, she travels to London, and the blood really hits the fan. People around her are dying grisly deaths, and Milagro’s framed for murder. She escapes to Oswald’s ranch, but an accident gives her amnesia and she forgets her entire existence as the only human survivor of a vampire infection. Will Milagro make all the same mistakes, or will she discover the real killers and finally get to use the Margaritanator 3000 at her wedding reception? 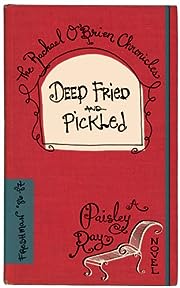 It’s ’86, the era of Pop Rocks, Jelly shoes, and big hair bands. Rachael O’Brien’s freshman plan seems simple: Attend a southern college five-hundred miles from her hometown of Canton, Ohio, earn an Art History degree, party, and lose her virginity—hopefully, not in that order. “Becoming a woman” somehow turns into a series of life lessons that she and her journal are lucky to live to tell. Threatened by a redheaded She-Devil, avoiding the advances of a thirty-something redneck, and discovering an art fraud scheme interfere with her “to do” list. On top of her troubles at school, Rachael finds herself forging a new relationship with her emotionally distant father after her mother abandons him for a psychic adventure. 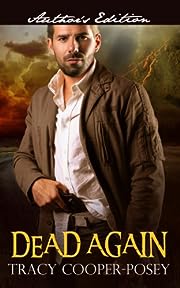 Ten years ago, Sophie and Jack survived a small plane crash. They fell in love in the five days they were stranded on a mountainside, but Jack’s injuries were ultimately fatal. Jack’s love and death left indelible fingerprints on Sophie’s soul and completely changed her life.

Sophie is now a stressed single mom in a small Montana Rockies town, running a café and warding off the attention of the town’s corrupt Chief of Police when a drifter called Martin arrives in Serenity Falls. Martin holds the key to Sophie’s heart, along with a secret that will rip apart the town.

He plunges her into after-shocks caused by the five days she spent with Jack in the mountains, stirring up state governors, district attorneys and one of the deadliest crime lords in the land. Martin’s secret puts Sophie directly in their cross-hairs.

For Sophie, life is about to change all over again… 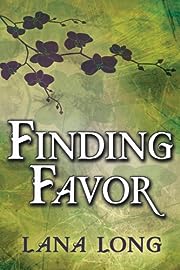 On the eve of high school graduation, Mr. Brown ambushes Favor with the offer of college funding and a to-die-for summer internship–with the one stipulation that she must discontinue her friendship with his son, Ethan.

Accustomed as she is to sharing everything with her best friend, this is one secret Favor must keep in order to protect Ethan. The distraction of his new girlfriend, her growing friendship with his older brother, and her need to understand her family history, add in further complications.

As Favor debates signing the contract, she must decide if she’s willing to give up her best friend in order to pursue her dreams. Will she have to stay in the place she’s so desperately wanted to escape in order to make the right decision and get what she really needs? 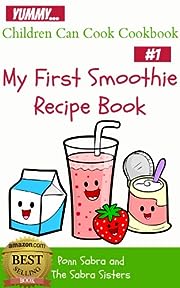 Research shows that children who cook have higher self-esteem and eat healthier. What better way to get kids in the kitchen then making simple, fun, healthy smoothies!? This unique cookbook is designed to introduce kids to the joy of cooking, and exploring various healthy foods with adult supervision.

…So, what do you say? Ready to make a smoothie today?
Okay! Let’s start making smoothies in our special kid way

Stories For Kids: 31 Fun and Illustrated Children’s Stories with Moral Lessons (A Story A Day) 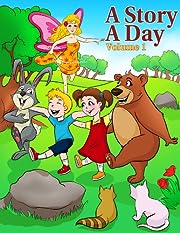 Stories For Kids contains 31 stories good enough for one quick story for each day of the month.

These children’s stories for Kindle are a nice mix of fables and a few fairy tales, stories that impart lessons while still able to make you and your child giggle and have fun.

Of course, a child is much easier to dazzle and amaze if stories come with bright and colorful pictures to match them as well.

This is why this particular line of picture books comes with 124 colorful illustrations: from a Wise Old Goat in a countryside to a Big Brown Bear in the city, or how about some cute little fairies with their wings and their wands? 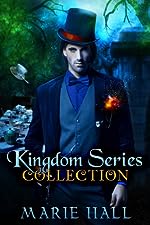 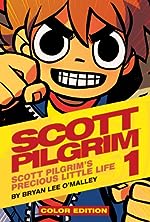 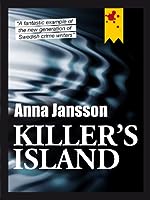 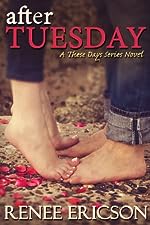