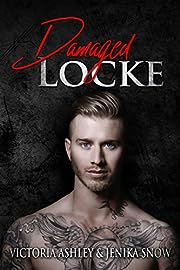 Aston Locke
Whispers of the Locke brothers fill the town, facts and reality twisted to fit what these motherfuckers believe they know about us.
That we’re sadistic bastards, incapable of any real emotions or fear.
Maybe they’re not wrong about that.
That is, until I set my sights on Kadence King, getting just as drawn to her as I am the darkness. It’s the first time I’ve felt anything in a long time.
But would she really be scared knowing the depth, the lengths I go with my brothers to make any fucker who crosses us pay?
I need a woman who can accept me for who I am.
For what I am.
I’m hoping like hell it’s her, because I want nothing more than to claim her as mine…

Kadence King
I know Aston’s dangerous, know people fear him. But I want him. I’m drawn to him, just as he’s drawn to the darkness.
I should be afraid of him, should turn the other way, but I can’t. I’ve gone mad and let him in my room, in my life, allowing him to consume me.
He possesses me, dominates me. Aston Locke shows me what it means to want to be claimed by him and only him.
And when he tells me I’M HIS, I have no doubt that’s the truth.
Because in the end it’s what I want too.
No matter how dangerous he is… 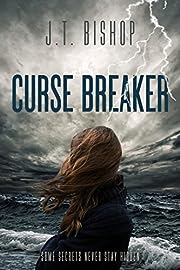 Find out what readers are raving about…
She’ll risk her life to break his curse but revealing the truth could be far more dangerous.

In high school, a friend’s mother blames Grayson Steele for the tragic death of her daughter. Now, years later, Grayson is wealthy and successful, but on the brink of suicide. Because the women he loves are dying. And he can’t stop it.

Knowing about Grayson’s circumstances, Gillian Fletcher derives a plan. Catch the killer who’s making Grayson Steele’s life a living hell. But there’s only one way to do it. She has to be the bait.

As Grayson and Gillian’s plan takes shape, they must not only expose a killer, but also their feelings for each other. The further they go, the more secrets they will reveal. Secrets that will illuminate not just a murderer, but shocking truths that neither may be prepared to face. 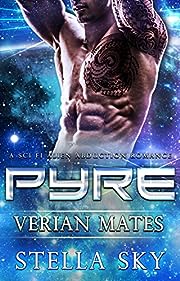 He led the opposition for freedom, but he’s a slave to her love…

Dr. Ariel Landon is brave, beautiful, and intelligent, but her search for knowledge gets her
into trouble. It means everything to her, so when she is abducted by the Verians, she is more
concerned about leaving her work unfinished than she is about herself. That is, until she sets
eyes on the sexy, powerful man who abducted her.

As head of the opposition, Commander Pyre Juno has his hands full. He’s strong, strategic,
and fearless; coveted by both teams. It is his job to do whatever it takes to succeed, but
things get complicated when he abducts the human doctor, who, despite it all, can help him
get ahead. She awakens a need in him unlike anything he’s ever known. It’s all he can do to
focus on the task at hand.

When Ariel is targeted by Pyre’s allies in the opposition, things go from bad to worse. Pyre has
to make a decision. He may be able to save the human, but saving himself and denying his
claim may prove to be more difficult… 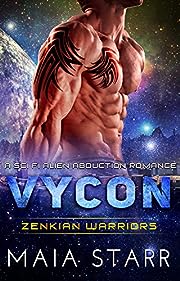 I despise humans – but she is different…

Nicole has a job, defuse the tensions between the earth army and the Zenkian Grantsion
alien army that is attempting to help them fight the invading aliens known as the
Waysaw. When she is assigned to escort Commander Vycon Dase during his mission to
help the earth army defend the copper mines against the invading aliens, she knows that
she can’t resist him. But it’s against the rules for both of them to be intimate, she is human
and he is alien – but breaking the rules is just too damn hot…

Commander Vycon Dase hates humans, but the humans and his own race have a common
enemy known as the Waysaw. He is appalled that his leader has asked him to journey to
earth to help him deliver a message of an oncoming invasion by their common enemy
and to help the weak humans toughen their defenses, but that is before he meets her.
When he is asked to guard the important human female Nicole Plimoc, he finds himself
conflicted between his loyalties to obey the rules of never being intimate with humans,
and his desire for her.

When she tells him her secret, he abandons her only to discover the error of his ways.

Will he reunite with her before the invasion? Or will he lose her… forever. 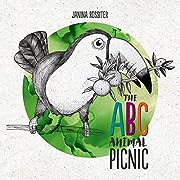 These are just two of the amazing animals in The ABC Animal Picnic by author and illustrator Janina Rossiter. Turn the pages of this delightful ABC to find out what happens on the animals’ picnic!

The original hand-drawn illustrations in black ink marker on a background of watercolor alcohol ink art are exquisite and will entice young readers to turn the pages as they discover the fascinating world captured by the illustrator’s imagination.

This delightful ABC book is unique: it uses alliteration to help your child memorise the different sounds of each letter of the alphabet, which is essential for reading and learning a language. Alliteration also makes learning fun! Your child will learn it’s exciting to discover a language and find out that a letter can have different sounds. And by repeating the sounds your child will build up a strong memory of each letter.

The ABC Animal Picnic is suitable as a picture book or a “talk about” book for young children, and also as a reading book, initially for parents to read to their children, then as a self-reading book for older children. The text aims to both amuse and expand your child’s vocabulary. 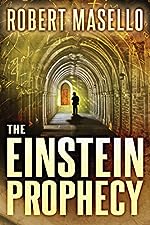 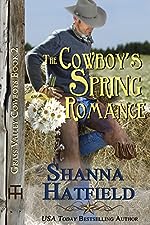 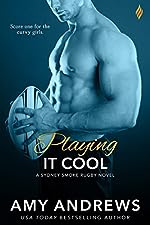