Meant To Be (Heaven Hill Series) 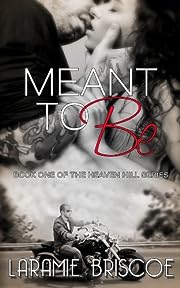 When Denise Cunningham is served with foreclosure papers on her birthday it’s the last straw in a long line of bad luck. Sitting and crying about things has never been how she solved her problems, but this time she decides to do just that. A phone call interrupts her pity party and changes the course of her life forever.

William Walker Jr., known as Liam to his club, needs a new recruit that is just naïve enough and desperate enough to do what he asks without question. When Denise Cunningham lands in his lap, he decides to hire her – not because he wants to, because he has to. 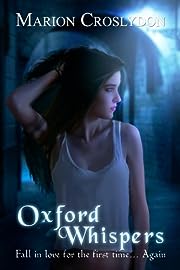 Madison LeBon is dead set against the dead.
Her fresh start at Oxford University is a brand new beginning. She finally has a chance to turn the page on her psychic powers and cumbersome voodoo heritage. Snakes, dolls, ghosts, and spirits: Farewell…
Not quite.
When the tragic lovers in a painting—the subject of her first history class—begin to haunt her, she must accept her gift before life imitates art. The lovers warn her against their own nemesis, a Puritan from the English Civil War. Unfortunately, said nemesis is now going all homicidal on Madison.
College becomes more complicated when she falls hard for Rupert Vance, a troubled aristocrat and descendant of one of the characters in the painting. With the spirit of a murderer after her, Madison realizes that her own first love may also be doomed…

A Heart Deceived: A Novel 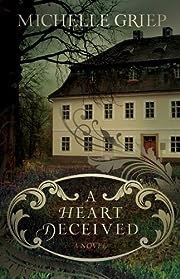 Miri Brayden teeters on a razor’s edge between placating and enraging her brother, whom she depends upon for support. Yet if his anger is unleashed, so is his madness. Miri must keep his descent into lunacy a secret, or he’ll be committed to an asylum—and she’ll be sent to the poorhouse.

Ethan Goodwin has been on the run all of his life—from family, from the law … from God. After a heart-changing encounter with the gritty Reverand John Newton, Ethan would like nothing more than to become a man of integrity—an impossible feat for an opium addict charged with murder.

When Ethan shows up on Miri’s doorstep, her balancing act falls to pieces. Both Ethan and Miri are caught in a web of lies and deceit—fallacies that land Ethan in prison and Miri in the asylum with her brother. Only the truth will set them free.

Hour of the Wolf 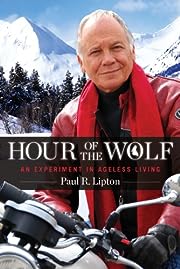 No day is ever wasted that can be lived consciously and to the full.

2 A.M. The hour of the wolf. You wake up filled with regrets, and haunted by dashed dreams, wondering what went wrong.

For Paul Lipton, a successful lawyer in his sixties, his mind’s howling in the darkness reminded him that time was slipping away. Perhaps partly because both his parents had died when they were young, and because he had already experienced his own severe health crisis, he wanted to be sure to live each day to the fullest. He decided he would start viewing each day afresh and in the now as a do-over, each night dying and each morning being reborn. His philosophy was to say, “I am me today,” and ask, “How do I choose to live in the now?” 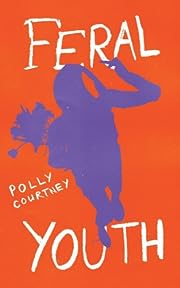 The truth is, it ain’t just a race thing. They talk like it is, but really and truly it’s black against white, young against old, authorities against the rest. It’s countless of things. There’s bare reasons for feeling vexed right now.

Growing up on a south London estate and excluded from every school that would take her, Alesha is the poster girl for the nation’s ‘feral youth’.

When a young teacher makes an unexpected reappearance in the 15-year-old’s life, opening the door to a world of salaries, pianos and middle-class housemates, Alesha’s instinct is to pull up her hood and return to the streets.

But fuelled by a need to survive, she falls into a cycle of crime, violence and drug-dealing, her one true ally deserting her when she needs him most. While everyone around her is rallying against the authorities in a war of haves and have-nots, Alesha finds herself caught in the crossfire, inextricably linked to the people she is trying to fight against. 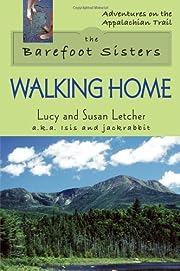 After hiking the AT from Maine to Georgia, Lucy and Susan Letcher decided that the best way to get home would be to turn around and hike it again. So they did–barefoot, of course–but this time, they encountered hardships and joys the didn’t expect at all. 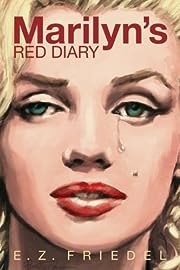 Based on shocking new information, a fictional account of what might have happened to the iconic and troubled star is revealed in MARILYN’S RED DIARY. Incorporating the people who tried to protect her, and those that may have killed her, this shocking and scandalous story is told by Marilyn herself as she recounts the events of the day—and the steamy, sexual encounters of the night—confiding in her diary all the details of her dirty little secrets about the famous and powerful. At the time of her death, the diary, if discovered, with its explicit insider knowledge of covert activities, would have brought down the U.S. government, the Kennedys, and the CIA.

MARILYN’S RED DIARY is at times funny, scandalous and sad, but always brutally honest. Marilyn Monroe is caught between intellectual giants—her awkward, award-winning playwright husband, Arthur, and her dashing politician boyfriend, Jack. Then along comes Jack’s fiery brother, Bobby. The world’s dream girl relates her intimate adventures in this touching portrait of a hard-working, extremely bright woman, trapped in her own sensuality and, tragically born far ahead of her time. 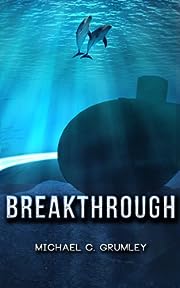 Deep in the Caribbean ocean, a nuclear submarine is forced to suddenly abort its mission under mysterious circumstances. Strange facts begin to emerge that lead naval investigator John Clay to a small group of marine biologists who are quietly on the verge of making history.

Alison Shaw and her team are preparing to translate the first two-way conversation with another animal species, but they are about to discover much more than they ever expected.

When a mysterious object is found on the ocean floor and an unknown group suddenly becomes interested in her work, Alison learns that Clay may be the only person she can really trust. Together they find themselves embroiled in a desperate attempt to stop a catastrophe that spans the Atlantic Ocean and reaches all the way to Antarctica. 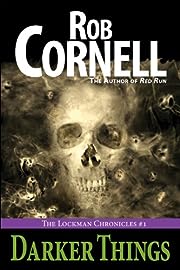 No one had called him that in fifteen years.

Not since his days at the Agency. Not since he was trained to kill creatures that were supposed to exist only in nightmares.

Yet the teenage girl on his doorstep not only knows his real name, she claims she’s his daughter.

Before Lockman can learn how the girl found him, he’s attacked by a black-ops team of assassins. But these aren’t ordinary killers–they’re heavily armed vampires sent by his most hated enemy.

Forced on the run, Lockman protects his daughter from an onslaught of horrors while searching for who betrayed him and why. The investigation leads him to Detroit, where he unwittingly sets a plan into motion that could trigger a paranormal apocalypse and cost him his soul.

Winds of Change (Look to the Future) 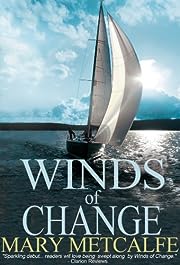 Boston social worker Jennifer Barrett is re-building her life after losing her husband and daughter in a plane crash. She helps young client Mark Powell find work at the senior’s residence where her father lives. After learning Mark hasn’t seen his father, an internationally-known broadcast journalist, in over four years she can’t understand how a father could abandon his only son to chase war stories. When Jennifer meets Ben Powell, she isn’t prepared to like him, despite his charm and affable manner. However, when he reveals he’s been battling post-traumatic stress disorder, she realizes he didn’t want to bring his demons home to Mark, who has battled depression. As Jennifer gets to know Ben, she realizes there is room in her heart for laughter and new love. Lana Fitzpatrick, a close friend of Jennifer’s and a nurse who helps care for her father, is a widow. She is raising son Danny alone. As Lana gets to know Mark Powell and sees him bonding with Danny, she finds her heart blossoming with love. As new family bonds form, all discover the power of friendship and love to overcome loss and face life with renewed hope. 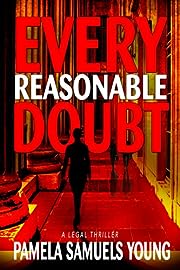 When attorneys Vernetta Henderson and Neddy McClain are tapped to take on the biggest case of their careers, they are less than thrilled about working together. Their strained relationship, however, is the least of their problems. Their socialite client—charged with the brutal murder of her husband—is demanding an immediate dismissal of the case. But a ruthless prosecutor is determined to make sure that doesn’t happen. Forced to fight a common enemy, the two women close ranks and, in the process, develop a bond that sees them through the uncertainties of trial, the pain of betrayal and pressures neither could have imagined.

A delightful children’s book about a Golden Retriever who discovers a chipmunk in her backyard. As the story unfolds through four seasons, the visually appealing illustrations not only capture the true to nature course of time, but also the heart-warming joy found in the budding friendship between the two.
An early reader children’s book, written for children aged 3 – 6. 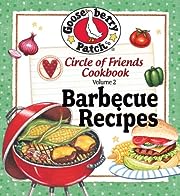 It’s a cookout! Gather your family & friends to savor this collection of 25 of our most taste-tempting recipes for grilling and barbecue favorites…from Hawaiian Grilled Pork Chops and Sensational Sirloin Kabobs to Dijon Grilled Fish and more! 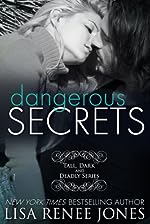 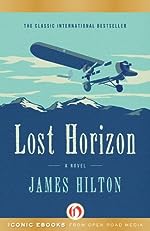 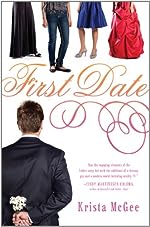 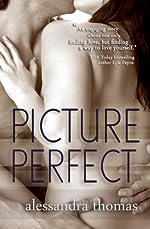 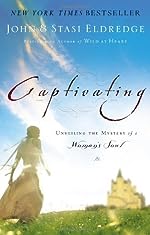 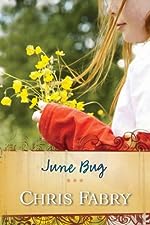 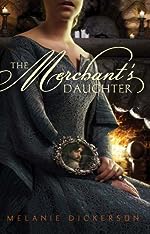 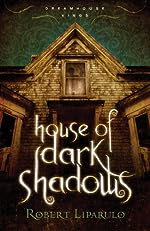