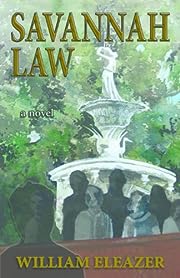 A young law professor’s obsession with a female student and a politically-charged, media-frenzy criminal trial that pits the nation’s most successful criminal trial lawyer against Savannah prosecutors, provide the backdrop for Savannah Law. The intense drama—both inside and outside the courtroom—builds to an unexpected climax in an unforgettable final chapter. Savannah Law is filled with colorful but believable characters, including a few cantankerous law professors, who demonstrate their vanity and eccentricities at the weekly faculty meetings. The novel will appeal to anyone who enjoys a legal thriller or Southern novel.

When an Amish widow and widower, against all odds, begin to fall in love, will they have the faith to risk their hearts a second time?After Katie Fisher’s husband and young son are killed in a house fire, the young Amish widow returns to her parents’ home broken-hearted with her faith in shambles. Katie can never imagine herself marrying again. But when 31-year-old Amish widower, Joseph Lapp, comes to Katie’s district church service looking to hire an honest woman to help him take care of his three active, rambunctious children, Katie takes the plunge and accepts the position. Katie quickly finds herself falling in love with Joseph’s children, and though Katie and Joseph cannot spend time together unsupervised due to the strict tenants of their Ordnung, the widow and widower find themselves growing closer in spirit as well. But when a new tragedy threatens the fragile future Katie and Joseph have begun to build, will the couple have the faith to risk a second chance at love? 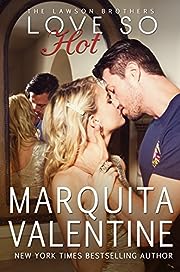 Bank Teller and all around good girl, Sydney McKnight, is tired of being the girl all the guys want to have as a friend. Who better to help unleash her inner vixen than her best friend and secret crush, Brody Lawson? Only, Sydney has no idea how to ask him, without their friendship going up in flames, until that is, the town of Jessamine’s annual Firemen’s Auction gives her the perfect excuse to set her plan into motion.

Fire Captain Brody Lawson has been in love with his best friend, Sydney, for years, but he would never risk their friendship by confessing his feelings to her. So, when Sydney beats out the competition to buy his time at the annual Firemen’s Auction, Brody can hardly believe his luck until she asks him to teach her how to seduce a fellow fireman.

Now, it’s up to Brody to show Sydney how perfect she already is and convince her that the only man for her is him, because if Sydney is going to seduce any man, it’s going to be him. And once he has her in his bed, he’s not letting her go. 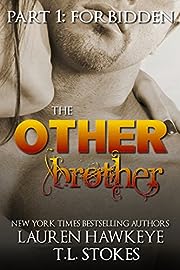 Simple. The consummate good girl, this is the word I used to describe my life… until my stepbrother Seth came to live with us. Until that point, I’d been a very good girl… but my older, emotionally blocked stepbrother made me want to do very bad things.

In the course of one night everything changed, and my simple world was torn to shreds. I wanted to hate him. I did hate him. Mostly.

But now he’s back. And nothing will ever be simple again. 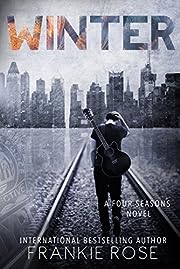 A girl with a dark history…

Avery Bresllin took a leap of faith when she changed her name. As Avery Patterson, she is no longer the daughter of a serial killer. No longer the girl who was bullied and abused through high school. A fresh name and a fresh start at Columbia University means Avery can leave all that behind. There’s only one thing marring her dream of a clean slate….

A boy with a past of his own…

Luke Reid has a lot going for him: sex appeal, badass tattoos and insane musical talent. Despite his guitar skills, his calling in life has always been to serve and protect. A NYPD cop by day, singer in rock band D.M.F by night, from the outside Luke seems like he’s got it made. But falling for a girl whose father was accused of deeply sinister acts—a man whom Luke shared a devastating history with, himself—only serves to complicated things.

Pieces of a puzzle…. Four symbols, four methods of destruction. A trade. Borrowed wings. Dark secrets that threaten to destroy. 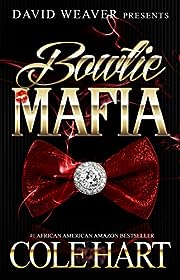 Being the victim of a home invasion was a horrifying experience to a 5-year-old girl. Jaya and her mother were home alone that night when two men in suits, bowties, and masks invaded their Atlanta residence. Neither her nor her mother knew what was happening except that they were tied up and duct-taped, and that the goons demanded money. All young Jaya understood was that she needed her father.

Years later, the nightmare still haunted her and her father was never found. Jaya Woods had grown up and nearly finished college when the man of her dreams came into her life and destroyed her world. He told her everything she wanted to hear and showered her with gifts, while the entire time she was only being used as a pawn.

By the time Jaya woke up to see the reality of things, it was far too late. Now facing years in federal prison, she meets up with yet another female with the same drive and anger, with the same vengeance to retaliate against any and everyone who has ever crossed her. The bow tie symbolized the cross, and the cross was simplified only with the pistol. Together, they will stop at nothing until they were both free and have paid back all debts to all wrongs performed against them.

Together, they will ensure that Bow Tie Mafia always had a clip-on.

If My Heart Could See You 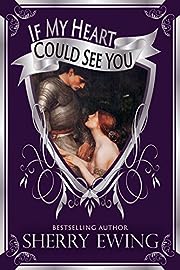 When you’re enemies, does love have a fighting chance?

For Amiria of Berwyck, defeat does not come easily as she watches her home and clan being ripped asunder. When the very enemy who has laid siege to her home demands her fealty, she will do whatever it takes to protect her people including a hastily concocted ruse that quickly begins to unravel. All too soon, she starts to question whether she can forgive herself for betraying those she has sworn to protect.

Dristan of Blackmore, champion knight of King Henry II, has a reputation to uphold as the Devil’s Dragon. After his invading army conquers Berwyck castle, he sets out to manage the newly claimed estate by training its knight in the art of proper defense. At first, everything appears as it should be, or is it? Betrayed by those he believed he could trust, he must first set aside his anger before he can make room in his heart for love.

Together they are tied by an unspoken bond. As they begin to rebuild the land and unite their people, forces beyond their control attempt to tear apart their fragile truce and only time will tell if love will forever bring them together.

Don’t miss Sherry Ewing’s other novels: For All of Ever: The Knights of Berwyck, A Quest Through Time Novel, a medieval time travel romance, and Only For You its sequel that will continue the story of Dristan’s captain of the guard, Riorden de Deveraux. Also available July 16, 2015 is A Knight To Call My Own with Lynet of clan MacLaren and her journey to finding love. 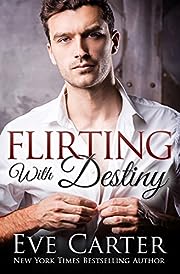 “Damn my father and damn this trip. He died and left his affairs in a mess for me to settle. If I return to my hometown, I know the inevitable will happen. I’ll run into Lauren Mitchell! When someone blasts a hole on your heart, like Lauren did to me, it tends to stay open and seeing her again will not ease the pain.”

Aedyn Dell Cumberland left his small hometown after watching his mother pass away in the hospital the night of his high school graduation. In the years to follow he distanced himself completely from the small town and was transformed from a member of the geek squad to a handsome and successful businessman.

When he finally returns to attend his father’s funeral, he runs into his high school crush, Lauren Mitchel. Old feelings he’d wanted to be left buried are stirred up until he learns about Lauren’s short-tempered boyfriend.

Can a couple miss their destiny the first time, and then get another chance at it? Or will Aedyn’s heart remain a puppet for which Lauren holds the strings?

A Shark at the Park 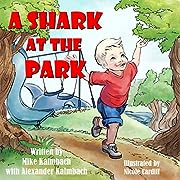 A book your child will love with a fun story, catchy rhythm, and masterful illustrations!

Follow one boy, his dad, and a host of animals as they encounter A Shark at the Park. This story will be enjoyed by fans of Love You Forever by Robert Munsch and Llama Llama Red Pajama by Anna Dewdney. Perfect as a gift from the kids for Father’s Day! 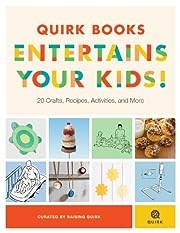 This summer, Raising Quirk’s mission is to keep your kids from ever having to say “I’m bored.” So we’ve rounded up our favorite crafts, recipes, games, and activities from Quirk Books titles and jam-packed them into our funnest, awesomest, and kid-friendliest e-sampler yet. Whether you’re taking your family on the road or stuck indoors on a rainy day, we’ve got you covered. Projects include: COOKING: How to Teach a Kid to Cook Robot Bites Banana Split Pops Little-Bitty Fudge Puppies CRAFTING: Bottle-Cap Frames Starburst Straws Turtle Magnet Get Your Kid to Clean Up OUTDOOR ADVENTURE: Get Your Kid to Put On Sunscreen Plan a Scavenger Hunt Yakima! Choreograph a Fight Scene Nick and Tesla’s Low-Tech (Practically No-Tech) Bottle Rocket and Launcher RAINY DAY ANTICS: Get Your Kid to Play Alone Futaleufú Mattress Rafting Put on a Comedy Show Learn a Magic Trick FUN ON THE GO: How to Keep a Family Happy During Car Trips Make Trail Mix and Hit the Trails! How to Build a Sand Castle Games to Play in the Car Children don’t come with an owner’s manual, so Raising Quirk brings together advice, activities, entertainment, and, most important, other parents who still feel kinda like kids themselves. Our motto: We help cool parents raise cool kids. After all, parenting is a lifelong adventure, and we’re all in it together. Consider us your virtual playgroup and join us at Raising Quirk online. 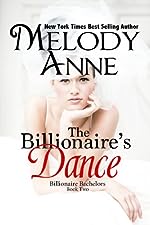 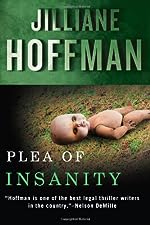 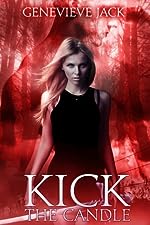 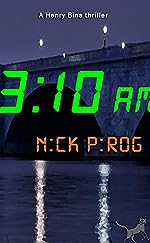 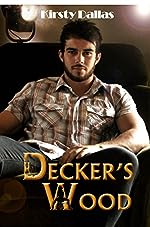 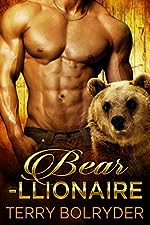 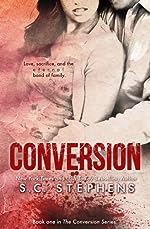 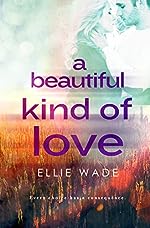 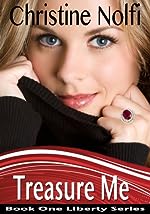