Ruined by a Rake – A Novella 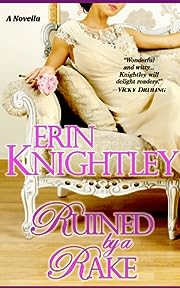 It started with a kiss.

When nine-year-old Eleanor Abbington first met her uncle’s new stepson, Nicolas Norton, the boy rudely stole a kiss from her that set the tone for their contentious and competitive relationship. It wasn’t until years later when Nick introduced her to fencing that they finally had a proper outlet for their frequent arguments.

Having just emerged from mourning following her mother’s death, Eleanor is exactly where she wishes to be at the age of four-and-twenty: an on-the-shelf spinster and unofficial companion to her aunt. Unfortunately, her ambitious uncle has other plans for her future. On the eve of his house party, he lays down his ultimatum: either Eleanor marries the man of his choosing, or he’ll force her seventeen-year-old sister to do so instead.

When Nick unexpectedly arrives on their doorstep after a two year absence, Eleanor is in no mood for their normal banter. Seeming to know exactly what she needs, Nick challenges her to pick up the foil once more. During their pre-dawn matches, he shows her just how strong she can be . . . and exactly how much he’s changed since leaving. But when her old adversary becomes her only ally, she may very well find herself . . . Ruined by a Rake. 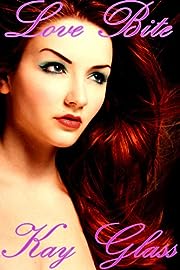 Diandra Malone is only 28 years old when her life changes forever. Years of infertility left her depressed, but she’s finally pregnant. Before she has a chance to process the news, she finds out her husband has been brutally murdered.

Lizbeth Snyder was a cop before she was framed for a crime she didn’t commit and kicked off the force. Living a desperate life on the streets, salvation comes from the oddest direction: the finding of Jonah Malone’s body.

Now she’s living a wonderful life with Diandra and baby RaeLynn. The downside? Diandra is a vampire, and Lizbeth is being hunted by a very dangerous vampire- dangerous, and held in high esteem in the community. What will the future bring for these women, and how will Diandra handle her new vampire life? Find out how life changes with just one bite…

Say You Love Me 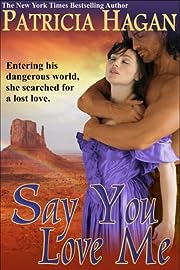 Jacie Calhoun should have married the man who worshiped her.

But, she needed to know the truth about her mother. Was she really alive, a captive of the Comanche?

Luke Howling Wolf can’t lose his beloved adopted mother, Sunstar, his Comanche tribe’s white medicine woman. Somehow, he must keep Sunstar’s identity secret, especially from the interloper claiming to be her daughter, no matter how the young white-woman’s determination and innocence challenges his heart. 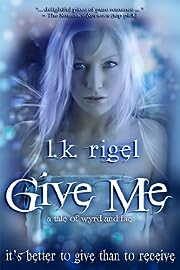 Lilith Evergreen dreams of a castle by the sea and a mysterious woman who calls her to Dumnos, a land of mist and rain.

Cade Bausiney grew up listening to legends of the wyrd and fae who once lived in the local village. When he meets Lilith, an enchanting woman from halfway around the world, he’s convinced the stories must be true.

Long ago two lovers were trapped by a wyrding woman’s magic gone awry. Lilith and Cade must break the spell or be possessed by the lovers’ spirits who’ve waited a millennium to consummate their passion. 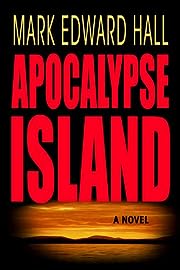 Danny Wolf, a gifted musician with alcohol problems is witnessing brutal murder in his dreams. Someone is carving a cross on each of the young female victims before crucifying them.

Newly released from prison for a crime he did not commit, Wolf is having trouble adjusting to civilian life. He believes the dreams are a symptom of his adjustment until he discovers that they are real and that the victims are his own groupies. He soon begins to doubt his sanity. Could he be a homicidal madman?

Wolf has no memory of his early childhood but discovers that he spent his first eight years in a Catholic orphanage on a mysterious island off the coast of Maine. Is it possible that his early life and the murders are somehow connected?

The View from Here 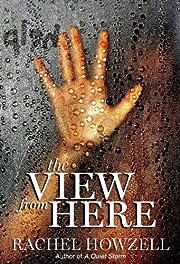 The View from Here focuses on the beauties and hardships of marriage; the betrayals and promises made between husbands and wives; and the grief of one woman haunted by secrets.

Nicole Baxter has always tried to control every element of her life, but that control is slipping away. She has issues. Abandonment issues. Marital issues. Conception issues. And she thinks her house in the hills is haunted. It doesn’t help that her husband Truman spleunks and climbs, making her worry more with each adventure he takes. As the two grow apart, Nicole makes decisions that may ultimately shatter her fragile marriage.

Her life changes on the afternoon she receives a phone call from the harbor. During a scuba dive, Truman disappears. No one — not his diving instructor, not the Coast Guard — can find him. Is he still alive? Or is grief making her believe the impossible? 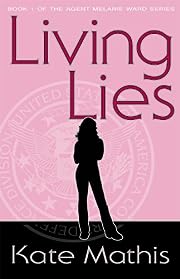 Agent Melanie Ward is a female spy, who discovers it’s easier living a life of Espionage and danger then it is living at home with her funny quirky mother.
A contemporary fiction with Action & Adventure, Romance, Mystery and Humor.
Meet secret agent Melanie Ward, who quits the spy game, after 10 years, when a justly earned promotion is snatched away by her nemesis, the arrogant and smug, Son-of-a-Senator, Agent Finn Parker.
Melanie moves back home with her parents in La Jolla, where her mom, with the help of Melanie’s collage roommates, sets her up on a marathon of comical blind dates (is there another kind?). Romance finally finds Melanie when she meets Adam, the tall dark and mysterious chef. She falls in love, but life once again becomes unstable when Melanie decides to return to the Agency. 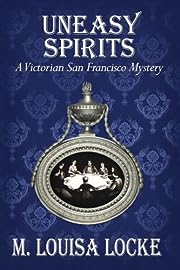 In this sequel to Maids of Misfortune, it is the fall of 1879 and Annie Fuller, a young San Francisco widow, has a problem. Despite her growing financial success as the clairvoyant Madam Sibyl, Annie doesn’t believe in the astrology and palmistry her clients think are the basis for her advice.

Kathleen Hennessey, Annie Fuller’s young Irish maid, has a plan. When her mistress is asked to expose a fraudulent trance medium, Arabella Frampton, Kathleen is determined to assist in the investigation, just like the Pinkerton detectives she has read about in the dime novels.

Nate Dawson, up-and-coming San Francisco lawyer, has a dilemma. He wants to marry the unconventional Annie Fuller, but he doesn’t feel he can reveal his true feelings until he has a way to make enough money to support her. 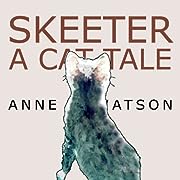 When a stray kitten romps into Lynne’s life, she has no idea what she’s getting into. As Lynne describes in letters to her friend Angie, Skeeter is all cat — high-spirited, contrary, and inventive. He’s so goofy that he reminds Lynne of her own nuttiest escapades; so irrepressible that even Lynne’s neighbor, Mark, gets wound around his paw. And when Angie visits to see Skeeter for herself . . . . Well, no one who meets Skeeter will ever be quite the same again.

Time Off For Good Behavior 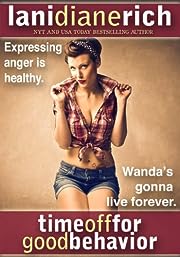 For Wanda Lane, life has been one long string of screw-ups. Her abusive ex-husband keeps threatening to kill her, she just lost her crappy job, and a head injury (sustained while diving off the witness stand to attack an obnoxious attorney) has left her hearing phantom music no one else can hear. It isn’t until she hits the rock bottom of her bottle of scotch that she begins to wonder if maybe — just maybe — the problem is her.

On her pothole-ridden path to becoming a decent human being, she makes friends with Elizabeth, a single mother looking for her own solid ground; Father Gregory, the patient priest who counsels Wanda, even though she’s not technically Catholic; and Walter, a Jimmy-Stewart-ish lawyer who is smart, sexy and single… and so far out of Wanda’s league that she thinks he must have been sent from God as one last punishment for her past transgressions. Can an angry, lost woman find her way back from failure, or are second chances the stuff of myth?

You may want to move out of her way.

Hamfist Down!: Evasion, Survival and Combat in the Jungle 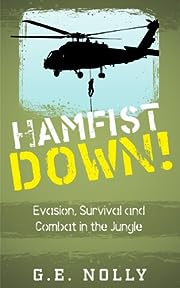 It’s August, 1969. Hamilton “Hamfist” Hancock has been shot down over Laos, and must use all his skill, and luck, to avoid capture and certain, violent death. To facilitate his rescue, he must become a ground FAC and direct airstrikes against North Vietnamese targets on the Ho Chi Minh Trail. And, to survive, he must engage in hand-to-hand combat.

But Hamfist may face his greatest battle after his rescue. Back in Vietnam, while recuperating at the hospital at Cam Ranh Bay, he experiences a sapper attack. And, following his return to the air, Hamfist is tormented by a flying error, an error which may have cost a comrade his life.

Only time will tell if Hamfist can regain his self-respect and passion. On his final flight, Hamfist faces a brutal enemy in a life-or-death duel that will determine if he will be shot down once again or return home to his soul-mate. The rescue, the airborne mistake and the final battle force Hamfist to reevaluate his priorities in his career, in his flying, and in his life. 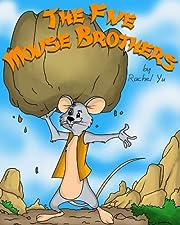 One brother, falsely accused of thievery, must face the “Wheel of Doom.” What will they do to rescue him from his fate? Fortunately, an ingenious plan with the help of their family secret may just save the day. Join the mouse brothers on this fun and entertaining adventure, adapted from a classic Chinese folktale. 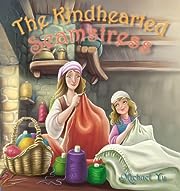 Matilda is a talented seamstress, but she and her mother do not have a lot of money. When Matilda goes to the city to make her fortune, she discovers a baby bird which leads to a magical surprise. What will happen to Matilda and her mother? And what does a princess’ wedding dress have to do with it? Read along in this beautifully illustrated book to find out.

This picture eBook features bright, vivid illustrations optimized for reading on the Kindle Fire or iPad, which bring the story to life. It is sure to captivate the heart of young readers everywhere. 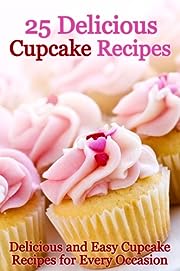 Thanks in part to popular Food Network television shows like Cupcake Wars and Cake Boss, a cupcake craze has been sweeping the nation. Though cupcakes were once just a smaller alternative to sheet cakes and layer cakes, they are now an in-demand dessert item for parties and special occasions. If you want to take part in this exciting new trend, this cupcake book will help you learn how to make twenty-five of the most popular cupcake recipes. These recipes are easy to follow and heaven to enjoy. If you have ever thought about trying your hand at baking – or if you are simply looking for a new challenge – give these delicious cupcake recipes a try! 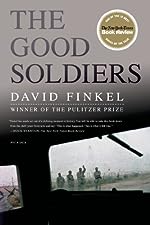 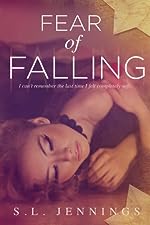 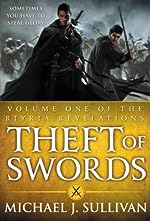 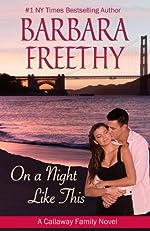 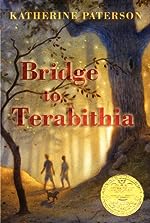 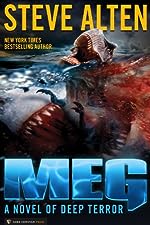