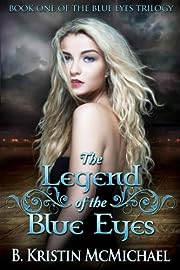 Arianna Grace liked her boring, Midwestern, teenage life where she ignored the many unanswered questions of her childhood. Why were her parents dead? Why did she not have family? Where was she raised until she was five? When someone offers to explain it all, Arianna thinks she’s just getting answers. Instead, she is thrown into a world of night humans who drink blood.

On Arianna’s sixteenth birthday, her world is thrown upside down when she changes into a vampire. Night humans, or demons, as some call them, live in normal society. Learning all of the new rules of a world she didn’t know existed might be hard enough, but it’s further complicated by two former-friends that now want to help her take her role as the successor to her grandfather.

There is a war going on between the night humans. Sides have been taken and lines are not crossed. Four main clans of night humans are struggling for control of the night. Divided into two sides, clans Baku and Tengu have been at war for centuries with the clans Dearg-dul and Lycan. That is, until Arianna Grace finds out the truth; she’s the bridge of peace between the two sides. But not everyone wants peace. With the night humans divided, Arianna is now a pawn in the war between them. She must choose a side—her mother’s family or her father’s—and for once in her life, decide her own fate. 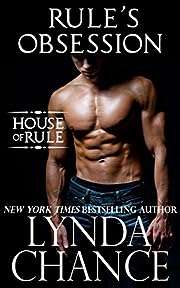 An alpha-male like no other: Damian Rule is an ultra-staid businessman who likes his life just so. He wears his hair cut short; he demands his business affairs be organized, and he insists that his women be impeccably groomed and conservative in both speech and appearance. When he meets Angie Ross for the first time, he sees a hot, beautiful, gothic mess. With her fishnet stockings and spiked leather cuffs, she’s wildly inappropriate for his long term needs. But for the short term? She’ll do just fine.

Excerpt: Angie followed Damian’s secretary across what seemed like miles of plush carpet and walked into the office when indicated. She was still in a state of shock; she’d found out in the reception area that he didn’t merely work in the downtown high-rise, he owned the building.

She heard the door snap closed behind her, and with her heart catching, she faltered just inside the large room. Her gaze was caught and held by dark eyes as Damian leaned against a desk of solid mahogany while standing completely still, obviously awaiting her arrival. His eyes were both sharp and hooded, his body held in a pose of relaxation that seemed inconsistent with the almost tangible electricity that radiated from him in waves.

Her pulse pounding, her footsteps stalled completely. Before she could get a word out, he pushed off the desk and began to track her across the office, his muscles corded and his eyes reflecting a sheen of purpose. The space between them narrowed rapidly as his eyes fell to her throat and then scanned her body quickly before lifting to her face again.

Any semblance of a smile dissolved as his expression hardened imperceptibly; a raw sizzle filled the air as his brooding features reflected a harsh, atavistic hunger that almost brought Angie to her knees as he stood not six inches away in all his tall, masculine glory.

He stood almost indolently for the beat of three seconds before reaching out and seizing her with a dominant force that gave her not an ounce of choice in the matter. He mumbled two words, “Thank fuck,” in a guttural rasp that, had she realized it, contained an evocative foreshadowing of his future intent where she was concerned. 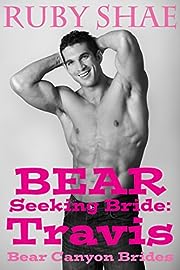 In the shifter town of Bear Canyon, the men outnumber the women three to one. Grizzly bear Travis Mallory is tired of desperate shifter females, and gold-digging, shifter obsessed humans. He wants to marry, and start a family, but most of all, he wants someone to love him for him, not for what he can do for them.

Curvy, Sabrina Parker is tired of dating. Now thirty years old, she wants to get married and start a family, but she knows it won’t happen unless she breaks out of her comfort zone. She wants to meet someone who can love her, and all of her curves, for the rest of her life.

Desperate to try something new, Travis places an ad for a Mail Order Bride. The conditions listed are simple, but absolute, and he only receives one response. Despite her friend’s objections, Sabrina feels compelled to answer Travis’ ad, and a short time later he invites her to Bear Canyon to see if they’re compatible. Can two strangers find love in a modern day shifter town? 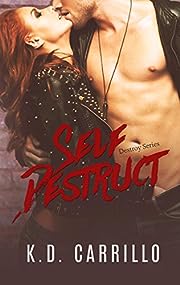 At twenty-years-old, Becca Scott thought she finally had her life under control…

With the help of the people around her, she was able to deal with her traumatic childhood and let go of the pain that haunted her every day. But one unexpected encounter at a lake house would stir up every dark emotion she worked so hard to forget.

There wasn’t anyone Aiden Ryan hated more than himself…

Plagued with a life filled with manipulation and regret, he will try anything to ignore the guilt that eats him alive, even if it means more pain for him in the long run. It’s not until he meets Becca that things start to change.

There’s only one problem—he’s stuck in a relationship he can’t get out of with a woman he doesn’t care about.

Love is complicated, but when two people have demons they refuse to face, love could destroy them. Together, Becca and Aiden try and let go of their painful pasts to be together.

But will their pasts let go of them? 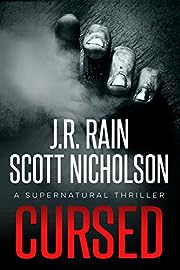 Albert Shipway is an ordinary guy who’s made an extraordinary mistake…a mistake that has left a family in ruins. Unfortunately for Albert, he picked the wrong family.

In just a matter of minutes, Albert’s simple life is about to be turned upside down. Indeed, Albert is about to enter a world where magic and evil lurk just beneath the fabric of southern California, where all his past choices have brewed a perfect storm of broken hearts, broken promises, and shattered families…and he’s about to pay the ultimate price.

Unless he can start righting some wrongs…and fast. 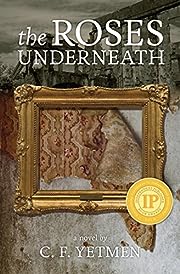 It is August 1945 in Wiesbaden, Germany. With the country in ruins, Anna Klein, displaced and separated from her beloved husband, struggles to support herself and her six-year old daughter Amalia. Her job typing forms at the Collecting Point for the US Army’s Monuments Men is the only thing keeping her afloat. Charged with securing Nazi-looted art and rebuilding Germany’s monuments, the Americans are on the hunt for stolen treasures. But after the horrors of the war, Anna wants only to hide from the truth and rebuild a life with her family. When the easy-going American Captain Henry Cooper recruits her as his reluctant translator, the two of them stumble on a mysterious stash of art in a villa outside of town. Cooper’s penchant for breaking the rules capsizes Anna’s tenuous security and propels her into a search for elusive truth and justice in a world where everyone is hiding something. 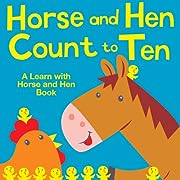 Join horse and hen as they count to ten in this fun new picture book for kids created especially for the Kindle by Maisy Daniels. 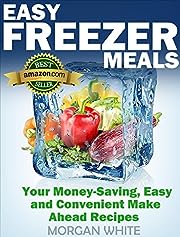 Are you tired of having to cook every single night?

You want to cook healthy foods, but you feel too exhausted after a day’s work?

Would you like to get home, lie down on your favorite couch and just…

RELAX for a minute?

Then I welcome you to the EASY FREEZER MEALS!

every once or twice a week!

Here you will only find recipes that are low-cost, easy, extra tasty and healthy!

Just look at what you are getting: