Shattered With You (Stark Security Book 1) 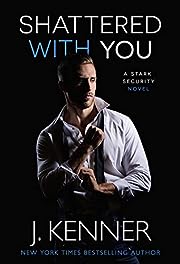 With his lethal skills and criminal connections, former British agent Quincy Radcliffe has fast become a key asset at the newly formed Stark Security. But Quincy isn’t the man he appears to be.

When the woman whose body he once worshipped and whose heart he broke pleads for his help, Quincy knows he must either turn his back on her or risk revealing his dark secrets to the one woman who can—and will—tear open his old wounds.

For years, struggling actress Eliza Tucker has tried to forget the decadent weeks she shared with Quincy Radcliffe. His smoldering good looks had drawn her in, while his British charm had enchanted her. But it was the wildness of his seduction and the ferocity of his passion that captured her. She’d given herself to him—and he’d shattered her like glass when he’d walked away.

Now, he’s the only person who can help find her missing sister. She’ll use him because she has too. She’ll pay any sensual price he demands. But she won’t fall for him again. 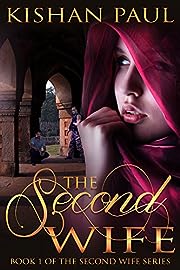 If you want to live, you must let go of the past…
Twenty-eight-year-old psychologist, Alisha Dimarchi, is abducted by an obsessed client and imprisoned in his Pakistani compound for over two years. Forced to change her name and live as his second wife, her life is filled with trauma and heartbreak. Thrust into a world of violence and oppression, Ally must fight not only to keep herself alive but to protect the lives of the people she now considers family. At night, she retreats into her memories of the only man she has ever loved—a man she believes no longer loves her.

Thirty-four-year-old handsome surgeon, David Dimarchi, has spent the last two years mourning the disappearance of his wife. After a painful and isolated existence, he begins the process of healing. It is then he is visited by a stranger, who informs him that Ally is very much alive and needs his help. In a desperate attempt to save her, David enlists the help of a mercenary. Together they find themselves in the center of more than just a rescue mission. Will he be able to reach her in time, and if he does, will she still want him? 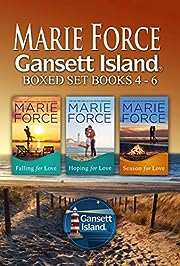 With nearly 3 million ebooks sold since Maid for Love debuted in 2011, the New York Times bestselling Gansett Island Series has become one of the most beloved romance series available today. Read three books in the series in this special offering.

Book 4: Falling for Love
he won the Academy Award for best original screenplay a few years ago, Grant McCarthy’s personal and professional lives have fallen apart. Abby, the woman he was supposed to marry, is engaged to someone else, and Grant is back at home on Gansett Island helping to run the family marina business while his father recovers from a serious injury. While all Grant’s focus should be on winning back the love of his life, pesky Stephanie, who runs the marina restaurant, is working her way under his skin and into his bed. As Tropical Storm Hailey cuts off Gansett Island from the mainland, Grant suspects Stephanie is hiding something big from her past. When he finds out what it is, what will be more important to him? Winning Abby back or helping Stephanie to right a terrible wrong?

Book 5: Hoping for Love
All her life, Grace Ryan was the “fat girl.” Taunted and teased and ignored by her peers, she tried every diet ever invented to no avail. Desperate to change her life as her twenties slipped away, she decided it was time for drastic measures and had lap-band surgery. More than a year later, she’s lost 130 pounds and is venturing into the dating world for the first time. During a boat trip to Gansett Island with the new guy in her life, Grace refuses to have sex with him and finds herself abandoned without a dollar to her name at McCarthy’s Gansett Island Marina. At home for the summer awaiting the launch of his debut CD, music star-in-the-making Evan McCarthy is performing at the Tiki Bar when he notices Grace looking lost in a sea of happy people. Evan comes to her aid and quickly finds himself smitten. But the last thing Grace needs after all she’s been through is a guy who “doesn’t do relationships.” Will Evan change his ways to win Grace’s heart?

Book 6: Season for Love
His idea of permanence is the VW van that takes him from one gig to the next…

Owen Lawry has made a living as a traveling musician and enjoys his footloose and fancy free lifestyle. But after meeting Laura McCarthy and helping her to land the job as manager of his grandparents’ hotel on Gansett Island, Owen decides there’s something to be said about a roof over his head and a warm, sexy woman in his bed.

Laura, a newlywed who discovered that her husband never quit dating, came to Gansett for her cousin Janey’s wedding, but ended up staying after she met Owen and took on the renovations to the dilapidated Sand & Surf Hotel.

As Owen and Laura’s attraction simmers during months of close proximity, they form a tight bond that will be tested when her estranged husband refuses to grant her a divorce. As summer turns to autumn and Laura and Owen take baby steps toward love, favorite characters from past Gansett Island stories continue to live their happily ever afters. 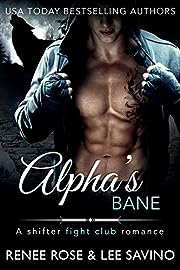 She ruined my life, got me thrown out of the pack.
The only revenge I crave is her.

Trey
I never thought I’d have a girl like Sheridan. A pack princess—beautiful, smart, one of the elite. She picked me. She gave me her heart, her innocence.
Hurting her was my biggest regret. But then she betrayed us all.
Now she’s back—sent to spy on our pack.
She wants revenge.
But my wolf…he just wants her.

Sheridan
He crushed my heart and broke my trust. I ruined his life.
Now we have to work together, and it’s killing me.
I want to hate him. But more than that…I want his mark.

Alpha’s Bane is a stand-alone second-chance shifter romance. No cheating or cliff-hangers. 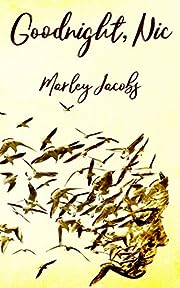 Twenty-four-year-old Nicole Fletcher is having a rough summer. The woman who raised her is dying and there’s nothing she can do about it. Nothing but find solace in the forbidden fantasies starring her best friend’s younger brother. Nic knows there are some lines you can never cross – but when it comes to “little” Landon Pike, she kind of already has. She tries to stay away but when your world is falling apart, you can’t help but fall right along with it. Good thing Landon refuses to let her fall alone.

By Lethal Force: An Away From Keyboard Romantic Suspense Standalone 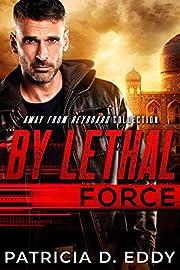 One mistake, and Ford lost the only woman he ever loved.
Twenty years ago, Joey walked out of his life and into a nightmare. One that shattered her soul along with all hope of a normal life—the one she was supposed to have with Ford.
After throwing himself into his career as a marine, Ford moved to Boston and, along with a blind, former Special Forces soldier, started Second Sight, one of the most elite investigative and security companies in the world. He thought he was happy.
Until one phone call turns his world upside down.
On a humanitarian aid mission with Doctors Without Borders, Joey’s taken, stolen away and forced to witness a world where women are property.
Her unique skills keep her worst nightmares from coming true, but with no possibility of escape and no one to look for her, she fears she’ll soon disappear forever.
Can Ford find her before she loses all hope? Or will this be his final mission?By Lethal Force is the fifth book in the Away From Keyboard series. Each book can be read as a complete standalone, but characters from previous books do show up in future installments.Warning: This book contains dark themes, including references to human trafficking and sexual assault. While there is no graphic description of sexual violence, sensitive readers should be aware of these themes before purchasing. 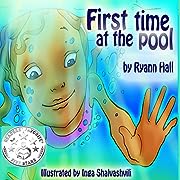 Meet Kayleigh and read about her first time in the big pool. She gets so excited when she sees the pool. She is not scared of it at all and has so much fun. This book builds confidence. It teaches kids to be brave and to get out there and try new things. You never know how much fun you will have unless you get out there and try. 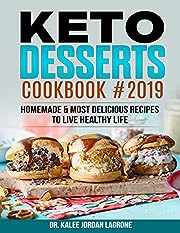 Keto Desserts Cookbook #2019 includes effortless and delicious recipes to make unforgettable and yummy meals!
Enjoy easy and most delicious, quick & hand-picked recipes. Impress your guests, friends, and family with your newly acquired recipes.
This book is for you………………
If you ready to eat flavorful and fast meals which will make you feel great and help you live longer.
If you are looking for healthy, easy recipes which also save you time and money.
If you want to lose weight easily now without counting calories.

Get a copy of Keto Desserts Cookbook #2019 for Easy and No-Fuss Meals! 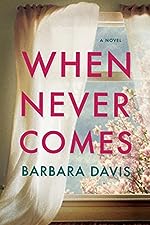 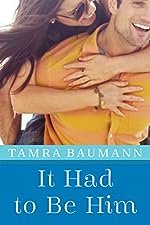 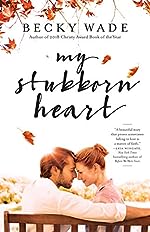 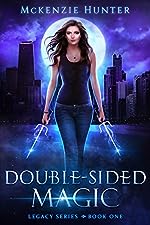 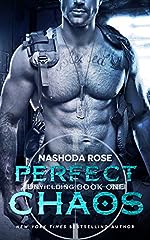 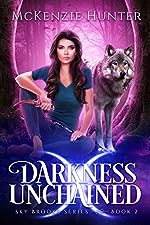 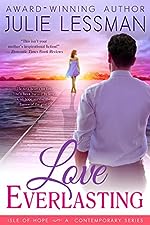 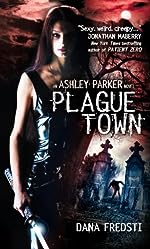