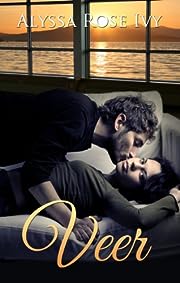 Only when you let go can you learn to live.

Between the death of her mother and pushing through law school without her best friend, it’s been a tough year for Becca. Needing a break from Boston, she moves to a tiny coastal North Carolina town for a relaxing summer. After bumping heads repeatedly with a local cop, she realizes her summer will be anything but quiet.

Three years after a career ending injury ruins his chance to play Major League Baseball, Gavin has a distrust of northerners and lately girls in general. He wants nothing to do with a girl who is only in town for the summer.

When the two give in to their impossible attraction, they realize that they may just have found the key to freeing themselves from the ghosts of their pasts. 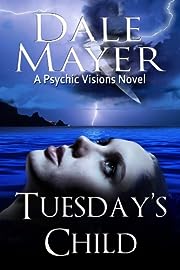 What she doesn’t want…is exactly what he needs.

Shunned and ridiculed all her life for something she can’t control, Samantha Blair hides her psychic abilities and lives on the fringes of society. Against her will, however, she’s tapped into a killer—or rather, his victims. Each woman’s murder, blow-by-blow, ravages her mind until their death releases her back to her body. Sam knows she must go to the authorities, but will the rugged, no-nonsense detective in charge of tracking down the killer believe her?

Detective Brandt Sutherland only trusts hard evidence, yet Sam’s visions offer clues he needs to catch a killer. The more he learns about her incredible abilities, however, the clearer it becomes that Sam’s visions have put her in the killer’s line of fire. Now Brandt must save her from something he cannot see or understand…and risk losing his heart in the process.

As danger and desire collide, passion raises the stakes in a game Sam and Brandt don’t dare lose. 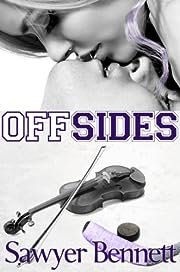 “I’m not sure what possessed me to do it. Maybe it was the impossible expectations I faced, maybe it was my own self-loathing. But I just knew I needed something different to happen. I needed someone…something…to derail me from my current path. Otherwise, I would become lost…a hollowed out shell of a man. So I did it. I approached her, then I pursued her, then I made her mine. And my life was saved…”

Ryan Burnham is the privileged son of a U.S. Congressman and captain of his university’s hockey team. While he is on the verge of fulfilling his dreams to play in the NHL, his parents want him on a different course. One he is expected to accept for the sake of his family’s public image.

Forced to abandon her music career after the heart breaking death of her parents, Danny Cross exists on the opposite side of the tracks from Ryan. She is struggling to make her own way, working two jobs, attending college part time and volunteering in a homeless shelter. She is on a mission to build her own success.

With a chance meeting, their vastly different worlds collide, causing each to evaluate whether they are truly on the correct path to self-fulfillment and happiness. Can their relationship survive? Particularly when others are against them every step of the way. A lot can happen in just ten short days… 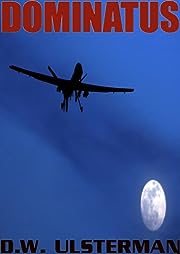 Mac stood with both hands hanging from his side as each of the vehicles came to a stop nearly fifty or so feet from us. He glanced over briefly to the tree-line where Keith remained hidden.

After several more minutes, the door to one of the vehicles opened and Carol Denny emerged, making his way slowly toward Mac.

“I didn’t want things to go down like this Mac…I hope you believe me on that. But…I told you…after what you did yesterday…they were watching…have a record of everything. And now…it’s out of my hands from here.” 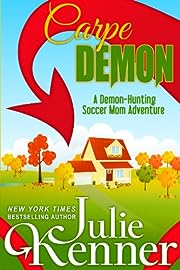 Kate Connor is your average, everyday mom with two kids, a husband, and one very big secret … she used to be a Demon Hunter for a secret arm of the Vatican. Now retired, she’s more interested in the domestic than the demonic. So when she catches sight of a demon in Wal-Mart, she tells herself it’s some other Hunter’s problem. But when that demon attacks her in her kitchen, retirement is no longer an option.

Now Kate has to kick a little demon butt, figure out why the creatures are trying to take her out and take over her home town, and at the same time take care of her 2 year old, deal with a hormonal 14 year old, get the family to Catholic mass on time, and try to keep her past a secret from her daughter and her husband.

She’s a little out of practice, but hey … if she can juggle two kids and an impromptu dinner party, ridding the town of demons should be a piece of cake. Like the saying goes, Carpe Demon … and Kate intends to do just that. 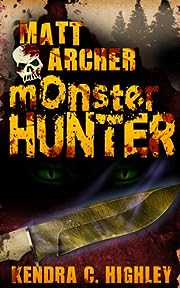 Fourteen-year-old Matt Archer spends his days studying Algebra, hanging out with his best friend and crushing on the Goddess of Greenhill High, Ella Mitchell. To be honest, he thinks his life is pretty lame until he discovers something terrifying on a weekend camping trip at the local state park.

Monsters are real. And living in his backyard.

But that’s not the half of it. After Matt is forced to kill a strange creature to save his uncle, he finds out that the weird knife he took from his uncle’s bag has a secret, one that will change Matt’s life. The knife was designed with one purpose: to hunt monsters. And it’s chosen Matt as its wielder.

Now Matt’s part of a world he didn’t know existed, working with a covert military unit dedicated to eliminating walking nightmares. Faced with a prophecy about a looming dark war, Matt soon realizes his upcoming Algebra test is the least of his worries.

His new double life leaves Matt wondering which is tougher: hunting monsters or asking Ella Mitchell for a date? 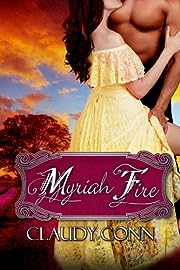 It started with a stolen kiss …
Fiery Myriah Whitney is wild of nature, contrary, and independent. But when her father catches her kissing the handsome Sir Roland (how else is she to determine if he is the one who will make her feel thunder and lightning, hear bells and music?), he declares that her days of headstrong independence are over. She will, he commands, announce her engagement to Sir Roland—immediately.

But in an age where marriages are about alliances rather than affection, practicality not passion, Myriah wants more—she wants to fall in love. And she does not love Sir Roland. So she runs away to her grandfather with her faithful manservant, Tabson, at her side.

A wrong turn in the fog, however, leads to the discovery of an injured young man, and before she knows it Myriah is caught up in world of intrigue and secrets. And when she meets the young man’s older brother, the mysterious Lord Kit Wimborne, the sparks fly. Their first encounter—in his bed, both of them naked, no less!—is an explosion of wills, and it is what finally set Myriah on fire.

She has, it seems, finally found her thunder and lightning… 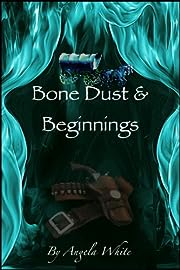 Long years after the war of 2012 devastated America, a group of survivors has come out of the radiation zones in the West. On an impossible quest to find those who came before them, these warriors follow the remnants of Safe Haven… and let nothing stand in their way.

Alexa is a leader of men. She culled her companions from the dwindling herd of mankind because she sensed they alone might have the strength to make the journey and each battle fought at her side tightens their bonds. For her, their quest is about more than finding a safe place. It’s about the search for her missing family.

Within the Realm (The Gifted Realm 1) 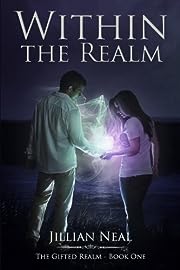 The Gifted walk among us. They are unseen, but in plain sight. The Earth’s energies are as visible to them as the tangible world is to us and they can harness and bend these forces to their will. Atop the Pentagon resides the government of the Gifted Realm.

Rainer Lawson is set to join the ranks of Elite Officers in the Gifted Police force. With his fellow officers, they will work together, using their abilities, to try and end the most sinister criminal organization in existence. His parents fought and died to re-establish the Realm, and he won’t allow them to have sacrificed in vain.

The will to protect those he loves has always driven Rainer, but his desperation to protect Emily, the love of his life, consumes him. While passions ignite and vengeance is sought, Rainer may discover that all of his money, fame, and power, could cost him the only thing that has ever truly mattered. 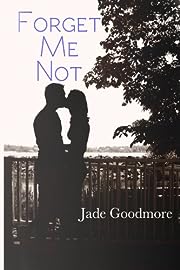 What happens when a first love is given a second chance?

Torn apart ten years previously, Michaela and Jesse’s lives couldn’t be more different. Jesse is enjoying huge success in New York after denying where he came from, while Michaela treasures the quiet life in their hometown, Starling.

Who they are may have changed but their love hasn’t.

A school reunion forces them to meet again, and after a passionate night together they can’t bear to be apart. Faced with problems, past and present, the pair try to pick up their relationship where they left off. But when Jesse has spent the last ten years running from his troubled past he finds the journey home, to his true love, harder than anything he has ever done. Michaela is rooted there by her son and her family, both of which present problems for Jesse, but after building a life in Starling off of her own determination and strength, Michaela isn’t willing to throw that away…for anyone.

After everything this couple have faced, is compromise the biggest test of all?

Stories for Kids: 31 Fun and Illustrated Children’s Stories with Moral Lessons (A Story A Day 2) 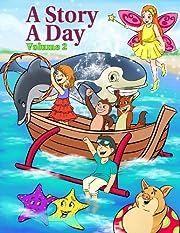 Volume 2 of A STORY A DAY contains 31 picture books, good enough for one quick story for each day of the month.

These children’s stories for Kindle are a nice mix of fables, fairy tales, and other short stories that impart lessons while still able to make you and your child giggle and have fun.

Of course, a child is much easier to dazzle and amaze if stories come with bright and colorful pictures to match them as well.

This is why this particular line of picture books comes with 148 colorful illustrations the little ones will surely love! 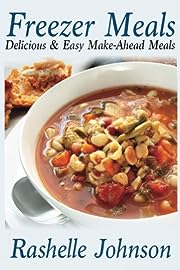 Tired of spending long days in the kitchen?
Freezer meals allow you to cook once and have multiple meals ready to go at a moment’s notice. If you’ve ever spent an hour cooking dinner after work and thought there has to be an easier way, make-ahead meals are the answer to your prayers.

This book gives you a rundown of what freezer meals are and what foods can and can’t be frozen successfully. Whether you want to cook a month’s worth of meals in advance or you’re just looking to make extra food to store away in the freezer, this book will help you on your way.

Buy Freezer Meals: Quick and Easy Make-Ahead Meals today and start enjoying all the free time you’ll have during the week. 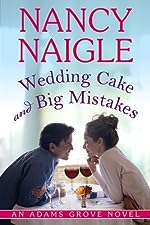 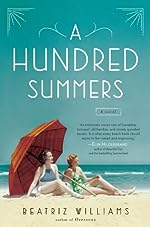 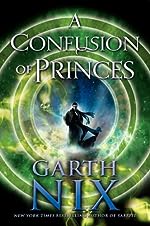 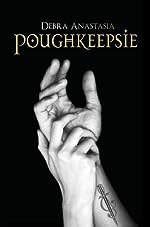 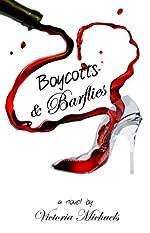 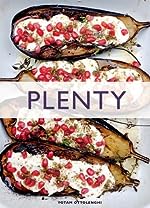 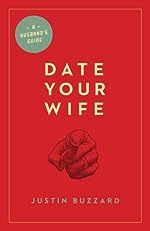 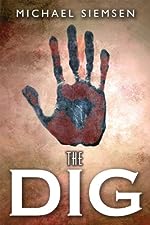 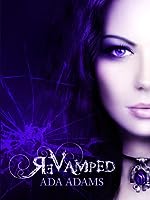