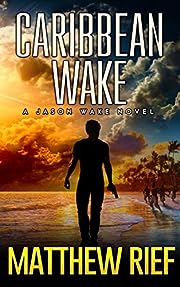 Heir to a billion-dollar fortune, and with two Ivy League degrees under his belt, Jason Wake had the world at his fingertips . . . and then tragedy struck.

On a cold winter morning, the promising young man could only watch as his fiancée was killed in a brutal act of terror that left fifty-seven dead. Fueled by burning passion and an incessant desire for retribution, Jason puts himself through hell at a grueling covert training facility to become one of the deadliest men on Earth.

When the ruthless terrorist group seeks innocent blood once more, the resolved American stands fearlessly in their way with one all-consuming objective: send the mass murderers to their maker, or die trying. 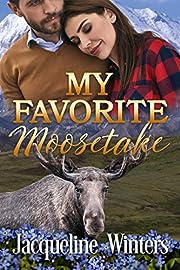 A sous chef with her life in limbo, the Army veteran who broke her heart, and their second chance at forever.

Sous chef Tessa Whitmore has always had it all figured out, and she’s never been afraid to go after what she wants. When she’s selected to be a contestant on the reality cooking competition show Order Up: Las Vegas, it never occurs to her that she won’t take first place.

Or that she would be betrayed.

Instead of winning the chance to run her own kitchen in a highly respected chef’s restaurant, she’s booted from the competition. Disqualified for cheating, Tessa is too mortified to do anything but hide until her innocence is proven. Unannounced, she flees to Sunset Ridge to the lodge she and her sisters inherited earlier in the summer.

But everything turns sideways when she discovers Liam is back.

Army veteran Liam Davies has never stopped loving Tessa. Eight years, three deployments, and thousands of miles of distance was not enough to erase what they had. Tired of running and ready to settle down, the only thing that made sense was to move back home.

He always knew she’d come back someday. But he didn’t expect her to show up so soon after the Whitmore sisters reopened the lodge. Now that she’s back in his life, he has no plans of letting her go a second time.

But there’s something Tessa isn’t telling him. Liam’s determined to get to the bottom of it, even though the truth might destroy their second chance at happily ever after. 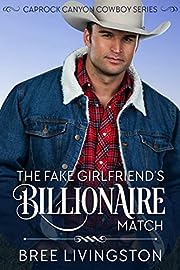 A cowboy afraid of risking his heart, a broke chef with a dream, and a business arrangement that changes everything.

After the last four years, Bear West is tired of being the fifth wheel during his family’s yearly holiday get togethers—but he’s not ready to put his heart on the line. It’s safer to hire someone to be his girlfriend. Except when he meets Winnie Fordham, his heart’s beating a different tune.

Winnie Fordham is on borrowed time. She made a deal with her dad that if her dream of opening a restaurant didn’t happen within two years, she’d hang up her apron to join his law firm. When her best friend and partner cleans out the bank account, she’s gotta think outside the box to make her dream come true—like pretending to be Bear West’s girlfriend.

It’s a short-term business arrangement until they realize they might just have all the ingredients to make it forever. 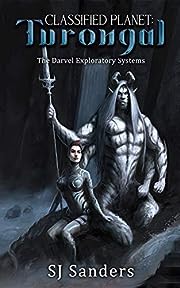 In the future a united Earth, to deal with the problem of population control, divides its population into classes of citizen and non-gratis. To be born a non-gratis means a life of little freedoms and the constant possibility of being assigned to work on a colony. Lacking citizenship, every aspect of their life is controlled from where they live, down to marriage and childbearing regulations. The only possible escape from life as a non-gratis is to qualify for one of the limited slots available for entrance into the military. For most, however, it is the only life that they will ever know.
Charlie has prepared all her life for the possibility of being shipped off to work in a colony, so when she is selected for part of the initialization phase colony laborers she is determined to make the best out of a new life on a very different and hostile planet. Assigned as a labor assistant in the exploratory lab seems like a step up in the right direction for her. Caring for the wildlife specimens is far preferable to working as a laborer preparing the first of the fields or in any of the common industries.
That is, until a vaguely humanoid specimen is captured and brought in. The promise of death that clings to it is fulfilled when it breaks out from containment and she finds herself hostage to a being with a thirst for vengeance. Far away from the colony, Charlie is forced to carve out a new life for herself in a dangerous world, but will she be able to safeguard her heart from the biggest threat of them all?—A male who is determined to claim all of her.

To Rescue a Princess: The Chronicles of Cornu Book 2 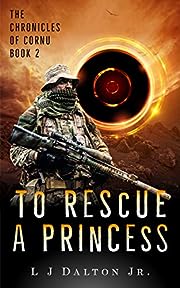 Mike had come to the realization that during his hike in the Adirondacks, he’d managed to come across something that sent him from earth to this new world Cornu. He was enough of a scientist to realize it was well beyond anything he was familiar with. However, it was science, not magic. The world was called Cornu, and the technology seemed to be the early 1700’s with a few exceptions. He noticed what could only be McCormick reapers and Amish plows. Not from that time period at all.
Then there was the merino sheep and cattle with names like Guernsey. That was simply too similar to be a coincidence. That gave him real hope that there was a way home. He just had to find it.
He had just rescued a village from Bart’s Bandits. A beautiful young woman Alania had helped him by distracting the guards giving him a chance to set up his ambush of the bandits. After he freed the village, she’d given him a very special reward. What he didn’t know was that she was trying to get pregnant and had succeeded.
The villagers managed to get across to him in the direction he needed to get to the nearest large city. He headed off in that direction. There he hoped that he could find someone who would tell him how to get back home. What he didn’t realize was that was going to take him right into the heart of the attacks on the Nordian Royal Family. It was his fate to be the difference between them living or dying. Besides having to deal with bandits and assassins, he had to deal with one beautiful Royal Princess.
Princes Catrina was looking to get betrothed, and when she met Mike, she knew that he would do nicely. For Mike, it was a multi-pronged issue. He wanted to go home, and that was top of mind. He couldn’t honestly get involved with a lovely young girl and then leave.
That’s not how she saw the situation. She was flirting outrageously, and he was strongly attracted to her. But she was a Princess, and he was worried that her father, the Crown Prince, and her grandfather, the King, might have something to say about it. And he was worried that wouldn’t be good for one Michael Mulvaney. For that matter, her mothers, sister, and little brother all seemed to view her obvious effect on Mike as a spectator sport.
Mike had to navigate all that. A culture and language he didn’t understand. Bandits and assassins out to kill the royal family and him as well. A beautiful Princess who was bound and determined to have Mike as a husband. Bandits and assassins, he had a better chance of dealing with than Catrina. He knew that he wanted her as badly as she wanted him. But as far as he could see, that was a very bad idea. 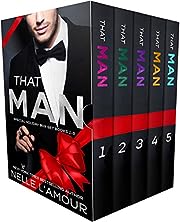 For the first time ever, ALL five bestselling THAT MAN books are together in one sizzling box set. Heat up your eReader and light up your holidays with scorchin’ hot Blake Burns. LIMITED TIME ONLY!

Can one unforgettable blindfolded kiss under the mistletoe change a player? You betcha!

When sexy television executive Blake Burns sets his lips on his feisty new assistant, Jennifer McCoy, all his non-committal rules fly out the door. All he wants for Christmas is her.

But skeletons in the closet may prevent him from getting his wish. And being a very naughty boy on Santa’s list doesn’t help either.

THAT MAN has it all. Hollywood glitz and glamour, steamy romance, crazy exes, and one zany but lovable oversexed Grandma!

Be prepared to laugh, cry and swoon! 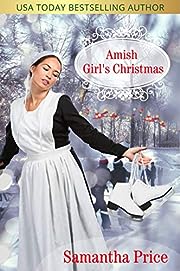 Finding love at Christmas was the last thing on Elizabeth’s mind, but that changed the moment she met Joseph, a newcomer to her Amish community. Her feelings for Joseph reinforced her decision to continue to live with her Amish foster parents after she turned eighteen.
Just when Elizabeth is daydreaming of getting married and having babies, a chance encounter with a stranger in a coffee shop turns her life upside down. From the stranger, she learns that everything she knew about her late parents was a lie.
When she finds out the secret her parents kept from her, will she ever feel the same?

Quantum Physics for Beginners: A Self-Study Guide For Absolute Laymen To Understand How Everything Works Without Being Overwhelmed. Mechanic Principles & Quantum Physics Theories Now Easily Explained 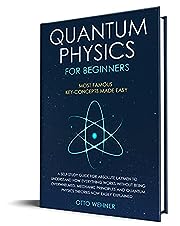 Would You Like To Study Quantum Physics From Scratch But You Don’t Know Where To Start?
Are You Looking For A Well-Written Book That Won’t Bore You And Also Not Overwhelm You With Details?

Well, the future of your quantum physics knowledge could start right here!

Where’s My Joey?: A Heartwarming Bedtime Story for Children of All Ages 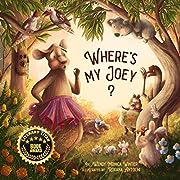 Mother Kangaroo cannot find her Joey! Will she find her baby kangaroo before dinner gets cold? Who will help Mother Kangaroo in Australia? Does Koala, Emu or Kookaburra know where Joey is?

Who will help Mother Kangaroo in Canada? Do Moose or Bear or Beaver have any clues? Read and find out!

Written by a teacher who lived in Australia, this book is entertaining, engaging, and educational on many levels. (It even has a secret spiritual message for those who want to discover it.) Filled with beautiful illustrations and a beautiful story, this is a book all ages will enjoy.

the Complete Home Canning Cookbook for Beginners: the Complete Guide to Canning and Preserving with Over 500 Foolproof, Nutritious and Safe Recipes 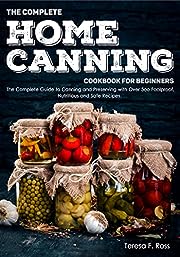 the Complete Home Canning Cookbook for Beginners is a safe, practical, step-by-step resource to preserve the low-acid foods that you love.

For many people, canning conjures memories of cozy kitchens filled with fresh flavors. Whether you’re picking up this time-honored tradition again or just starting out, the Complete Home Canning Cookbook for Beginners teaches you everything you need to know about water bath and pressure canning, with plenty of recipes for jams, pickles, vegetables, fruit, butter and pie filling, soups, and more.

This Complete Home Canning Cookbook delivers everything you need to confidently achieve pressure canning perfection. With the cookbook you will discover the ease of pressure canning, understand the science behind safe food preservation, and enjoy delicious recipes for stocking your kitchen and feeding your family. 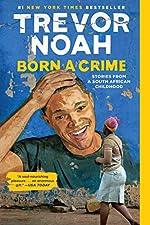 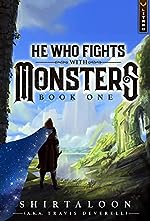 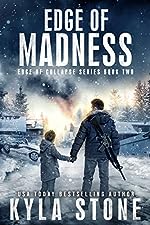 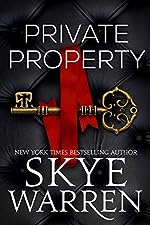 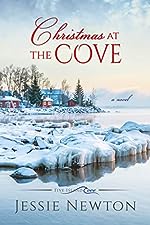 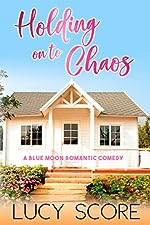 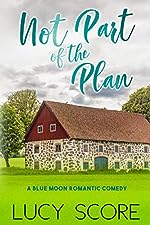 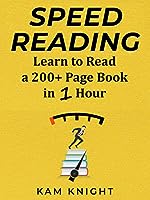 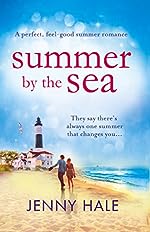 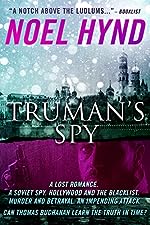 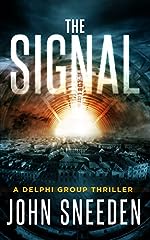 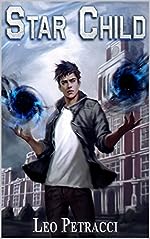 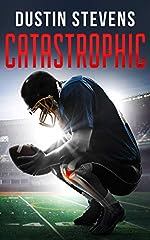 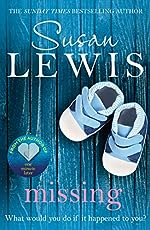