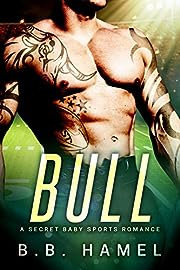 I hate Bull Dixon. He’s everything that’s wrong with the NFL: hot, cocky, covered in tattoos, and a total bad boy. All he cares about is drinking, partying, and getting laid.

Which is why I’m going to write the story that brings him down.

But as soon as we meet, I realize that Bull is not what he seems. That’s a problem, because the mafia is after him and I’m stuck in the middle.

Soon I find myself pressed up against his balcony, blushing and trying not to give in to him. His enormous body could break me in two—and part of me wants him to.

Bull is such a d*ck, but I can’t walk away from him.

Not now that I’m pregnant.

All it took was one night and we’re trapped together. The mafia wants to use me to take him down, but I won’t let them. I despise the prick, but I can’t help but love that he wants me.

I need to find a way to stop hating him before the mafia tears us both to pieces. 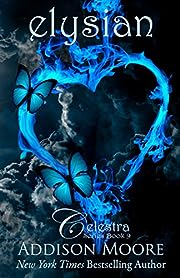 Skyla Messenger is in the arms of death. While Skyla awaits the verdict of the Faction War, she makes some troubling discoveries. Covenants that were sealed in the past come back to haunt her, and she must make hard decisions that will effect all those around her.

Faking It (A Book Boyfriend Novel 2) 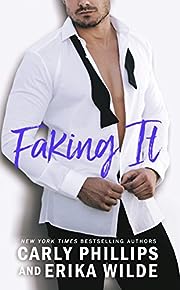 Confirmed bachelor Max Sterling isn’t into rescuing damsels in distress, but when the very tempting Hailey Ellison needs his help, there’s only one thing for him to do. Step in and pose as her loving fiancé. Except there is nothing fake about his attraction to her, or how much he wants her beneath him in his bed, moaning his name. But what starts as a sexy, flirty, temporary engagement, quickly becomes something more serious that neither one ever anticipated. 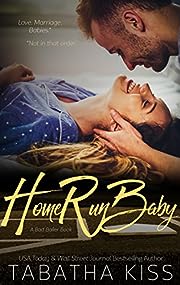 Love. Marriage. Babies.*
*Not in that order.

I got hit in the head with a baseball. A damn home run. I didn’t even see it coming.

The next thing I know, I’m in the hospital with a headache but that’s not all…
There’s an idiot doctor standing in front of me telling me I’m pregnant.

Who’s the father, you ask? The damn baseball player who hit the ball.
Hunter Novak. Home Run Hunter himself — but that’s not the name he gave me when he took me home with him from that bar six weeks ago.

Call it coincidence. Call it fate.
I call it a pain in my ass.

For the first time in my life, I’m responsible for someone other than myself. This baby deserves to grow up with a real family. It can’t get that from me and my one-night stand. Or can it?

I barely know Hunter. We skipped to the end before but now we have to start from the beginning.
How is that even possible now that a tiny heartbeat is involved?

All Pepped Up (Pepper Jones Book 2) 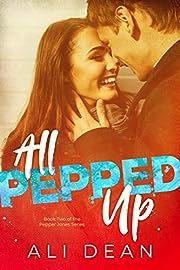 Winning nationals wasn’t the only dream that came true. I also walked away with the heart of the one boy I couldn’t live without. I knew that being Jace Wilder’s girlfriend wouldn’t be simple. But how could I have known all the hurdles we would face?

Drama at school? That’s a given. Jealous girls? That I expected. Family secrets? Not so much. At least I can always hit the trails to clear my head… or so I thought.

The high expectations from my winning cross country season still haunt me, and hold me hostage. I can’t seem to get psyched up for what comes next. My competitive spirit is fading and I’m lost without it. What will I do when my one constant is no longer my safe place? Life on and off the track is spiraling out of control, leaving me in its wake as I struggle to remember who I truly am. 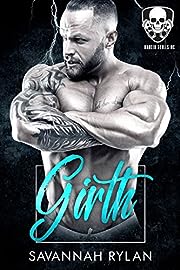 They call me Girth for a reason.I’m a damn giant. The muscle in the MC.
It’s why I get sent out on loan when some of our brothers down South need some help.
And by help I mean crush some guys’ skulls.
That’s what the Marked Skulls are good at.
Name fits, right?
But when I get there, I’m tasked with protecting the President’s daughter, Lila.
She’s petite and gorgeous and all I can do is look.
The Pres made it clear, I can’t touch.
What he doesn’t know won’t hurt him, right?
Until he finds out.
Sh*t. 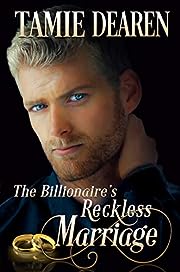 The one man Laurie Fields would most like to avoid just became her boss.
A thousand women would love to be in her shoes, working up-close-and-personal with billionaire philanthropist, Finn Anderson. Though alluring at first glance, he’s less than charming around Laurie. She’s not about to cut him any slack, even if her job depends on it.

Finn Anderson may look healthy, but chances are he won’t live to collect Social Security. That’s why he has to be careful never to fall in love. So far, he’s been pretty safe, since he drives away every woman who gets close.

When unforeseen circumstances force Laurie and Finn to work together, Finn finds his walls crumbling, and Laurie begins to care more than she will admit for this secretly thoughtful man. But his rejection has her on the run.

Can he catch her in time?

Meet Me Under the Stars (Camp Pine Haven Book 1) 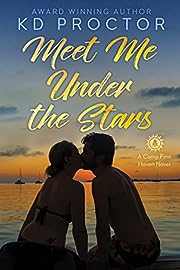 When ratings for her popular DIY show start to circle the drain after the sudden death of her sister, Charlotte “Charlie” Conti has only one mission—to plan a comeback. But her sister had other plans. As part of the will, Charlie must work with *him* to create a memorial camping scholarship in her sister’s memory. The same *him* Charlie fell in love with three years ago while working at a summer camp.

The same *him* she dumped, to protect his heart.

Sexy Brit Nate Walsh has sixty days to find a new job or he’ll be deported back to England where his family has disowned him. He doesn’t have time to work on a memorial scholarship with *her*. The same *her* who shattered his heart without explanation or warning.

The same *her* he’s never gotten over.

But, despite their hesitation, Charlie and Nate realize this scholarship could revive their sinking careers. When their stubborn competitiveness brings everything to a halt, Charlie and Nate agree to a compromise: a winner-takes-all fundraiser back at Camp Pine Haven. But as old feelings resurface, so do fears of repeating past mistakes. With their future on the line, only one can be named the winner, and Nate and Charlie must decide what’s more important: their careers—or each other. 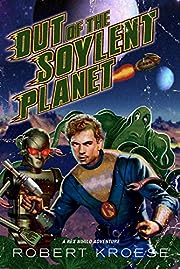 “I laughed out loud (like, guffawing) on multiple occasions while reading this book.” – Brian G.

This and Starship Grifters is an excellent entry point into the insane adventures of the galaxy’s greatest wheeler-dealer. Not to be missed! – Robert D.

Interstellar con man Rex Nihilo has a price tag on his head.

Railroaded into smuggling a shipment of contraband to a planet short on food, Rex finds himself on the run from an insidious corporation named Ubiqorp, which reaps obscene profits by keeping the planet dependent on shipments of synthetic rations. When Rex and his long-suffering robot companion Sasha are sentenced to work as slave labor on a massive Ubiqorp plantation, they learn the terrible secret behind the corporation’s products. Well, maybe not so much terrible as mildly unnerving.

To escape, Rex and Sasha team up with a mis-programmed combat drone and an intelligent mutant plant to lead a rebellion against their merciless corporate overlords. 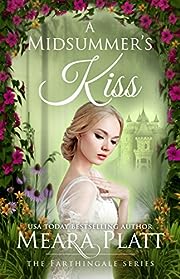 Sometimes love happens at the most unexpected times and in the most unexpected places. Sometimes it quietly sneaks up on you, and sometimes it knocks you over on a London street, just as it happens to Lord Graelem Dayne when Laurel Farthingale’s horse runs him over and breaks his leg. Graelem has until Midsummer’s Day, a mere thirty days away to find a wife or lose a large inheritance, so when a remorseful Laurel begs his forgiveness and promises to do anything for him, he takes her up on that promise and insists that she marry him.

Laurel Farthingale has no intention of becoming Graelem Dayne’s biddable bride and is furious that he’s tricked her into a betrothal. She plans to marry another, her long-time friend and childhood infatuation who is now in London to propose to her, for she’s a Farthingale and everyone knows that Farthingales only marry for love. But as she comes to know Graelem, she realizes that he may very well be the man she’s destined to love. Can he ever love her above his desire to secure his baronial fortune?

The Scandalous Deal of the Scarred Lady: A Historical Regency Romance Novel 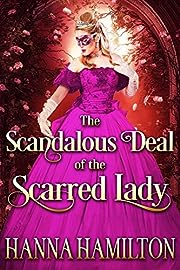 The scars you can’t see are the hardest to heal…

The charming Lady Helena Barrington, the only daughter of the powerful Duke of York, is tormented by a serious skin condition. Having spent her whole life watching the world from behind her window, she longs for love, acceptance, and freedom.

James Campbell, the very handsome and kind Duke of Durham, is on the threshold of financial ruination and in need of an immediate solution as his business associates betrayed him.

Each has something the other needs…

Desperate to feel normal, even for a while, Helena comes up with a scandalous deal: five courtship visits from the Duke, one for each ruby on the invaluable rose brooch she inherited from her mother.

When I Wake Up 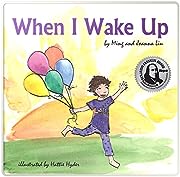 This award-winning board book is quickly becoming a must-have companion for children’s nightly routines.

Add a little sunshine to your child’s bedtime! When I Wake Up is a quirky tale about a child who is grumpy at the idea of going to bed… that is, until her curiosity takes over and the magic of imagination begins.

“What will I do tomorrow? I’m a little curious…” In the tradition of classics like Goodnight Moon, this delightful bedtime story is the perfect way for winding down the day and getting children ready for sleep. 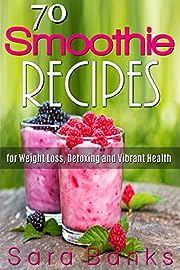 LOSE WEIGHT AND FEEL GREAT WITH THESE 70 SMOOTHIE RECIPES!

INSIDE THIS BOOK “70 Smoothie Recipes for Weight Loss, Detoxing and Vibrant Health” YOU WILL GET MY TOP SMOOTHIE RECIPES THAT YOU WILL ABSOLUTELY LOVE!

YOU WILL GET THE FOLLOWING INSIDE THIS BOOK:

HERE ARE A FEW OF MY FAVORITES INCLUDED: 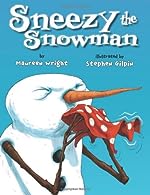 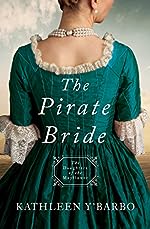 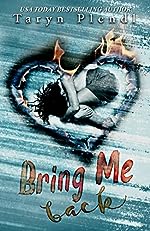 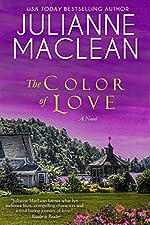 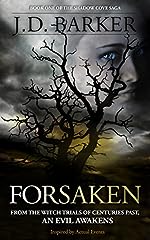 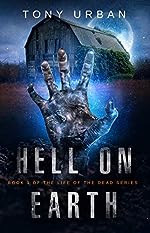 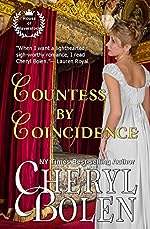