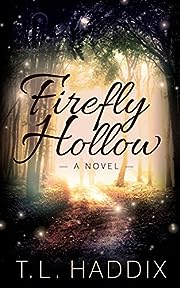 In 1960, a tragic death in the family calls young Sarah Browning back from college to her Appalachian homestead. Unable to return to school and finish her degree, she finds herself facing a future that isn’t what she’d planned. Lost and grieving, she wanders onto her reclusive neighbor’s property where she stumbles across the all-too-attractive Owen Campbell, a man hiding secrets she’d only ever thought were legend.

Owen Campbell was raised on the folklore of Eastern Kentucky, tales of men and women with magical abilities from shape-shifting to healing powers. Rejected by those he loves because of his own abilities, he isolates himself from the world. When he meets Sarah, he’s faced with the tough decision of whether to let her in or stay hidden away to keep his heart safe. 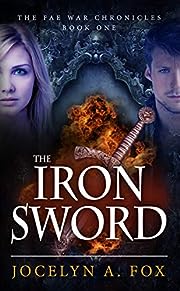 Tess O’Connor stopped believing in fairy tales as a child when her father died…but all that changes when she discovers that her best friend Molly is half-Fae—and has been summoned to the Unseelie Court by Queen Mab herself. The Queen of Night and Winter sends Finnead, one of her trinity of Named Knights, to escort Molly to Court, willingly or unwillingly. Mab believes that Molly is the fulfillment of a prophesy, the half-Fae child foretold to become the bearer of the Iron Sword, a legendary weapon that could mean the difference between victory and defeat for the Fae in their struggle against an ancient evil. While Tess quickly learns she is no match for the shadow spreading through the Fae world, she refuses to let her best friend face it alone; and as the first mortal in Queen Mab’s court in over five hundred years, she must use all her quick wit and tenacity to keep herself and Molly alive in the beautiful, dangerous Fae world as they hurtle toward the war that could destroy it… 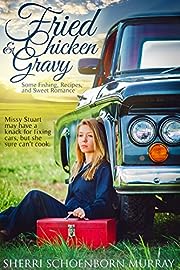 Old Fashioned Romance
Missy may have a knack for fixing cars, but she sure can’t cook. Missy Stuart is humiliated when she burns dinner for the cute, yet outspoken new auto parts rep. But, when he suggests to her father that she should take cooking lessons from the old ladies down at his church, she wants to crawl under a car and die. When she dutifully accompanies her father to church, she finds that she has more to learn than a bunch of recipes.

Secrets and Sacrifice: A Christian Romance (The Shadows Series Book 4) 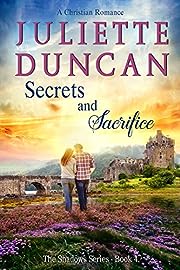 When Grace O’Connor arrives in the Scottish Highlands, she’s hiding a secret and trailing more baggage than she cares to admit. Grace’s sister, Brianna, has a history linked to Grace’s secret.

There, amongst the rugged Scottish Highlands and a community of caring, loving Christians, Grace meets the handsome Ryan MacGregor, an ex-military Paratrooper with a history of his own.

As the secrets of Grace’s past unravel and the sacrifices she’s made are thrown back at her, Grace faces the biggest decision of her life. As everything she has believed is turned upside down, Grace realizes that the walls she’s worked so hard at building have been for no reason whatsoever, and she now needs to discover who the real Grace O’Connor is. 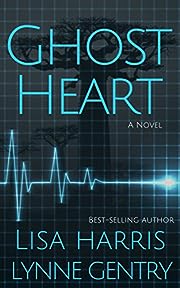 A mother willing to risk everything for her child.
A surgeon desperate to cover his crimes.
Ripped from today’s headlines comes an unforgettable, chilling medical thriller.

A brutal murder convinces Dr. Mia Kendall there’s more than she imagined to the mysterious spike in heart transplant rejections. Determined to find answers before she loses another patient, Mia gets sucked into a dangerous international medical web. With time running out for her youngest transplant recipient, Mia is forced to partner with a disillusioned ex-military pilot who flies brokered organs across East Africa. But searching for the truth will prove costly, because there are some lines that should never be crossed. 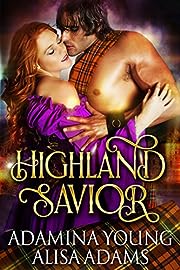 When Rosina Buchanan got married to the dashing Alasdair McPhail, she had no idea she has wed an abusive monster.

On their wedding night, she kills him in self-defence after he tries to rape her. She is helped by the dour and disliked Laird Logan Fraser, who arranges the murder scene to look like a robbery. But soon someone is spreading rumours that Logan had committed the killing and he is soon a wanted man. After fleeing to the Highlands, he and Rosina fall in love. Meanwhile, Connor, Alasdair’s brother has arranged to marry a beautiful Frenchwoman called Monique, but she has a passion for Rosina’s father Hugh, which is returned.

And will Logan be able to clear his name? 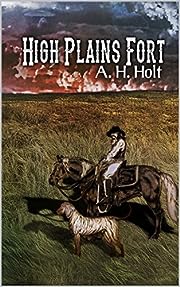 Riding west to find a new life for himself and his beloved Amelia, Justin faces murderers on the trail. In Bent’s fort he finds friends, but also a traitor planning to take the fort with the help of the Comanche. Warned, he prepares the fort and its people for the attack.

Give Place to Wrath 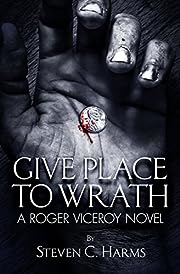 Detective Roger Viceroy, divisional head of the Midwest Region Special Crimes Unit, awakes one morning to a bombing in a wealthy suburb of Milwaukee. As he and his team dive into the investigation, a mysterious clue launches a manhunt with scant other evidence to point them in the right direction.

Over the coming weeks, the related murders unfold, each with a unique twist and the same clue left behind. Viceroy uncovers one other common thread – a seemingly random association with the small north woods town of Curwood, Wisconsin.

As the death toll mounts, Viceroy has to connect the dots and stop the carnage before it reaches the final target, Governor Kay Spurgeon. Within a crowd of tens of thousands on a clear October day, one man hides. Viceroy must find him. 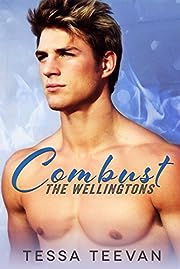 After years of being called a tease and then being labeled the Virgin Queen, Andi Kane decides that when she goes off to college, she’s ready to ditch the labels. She’s grabbing the bull by its horns and riding as wild as she can.

Fate must be smiling on her the night she meets Cohen Wellington, the cute boy-next-door and fellow music lover. Their connection is instant, and as the night progresses, she knows she’s found The One. Only…it doesn’t go exactly the way she had planned it. And even though she can’t get him off her mind, some humiliations are just too much to overcome. She walks away, never planning to see him again.

Three years and a whole lot of experience later, Andi and Cohen are suddenly drawn together again, and it doesn’t take long before it’s clear their connection is stronger than ever.

Fate. Destiny. Kismet. Whatever you want to call it, these two fall hard and fall fast. Their love burns hot, but when their plans for the future seem to move in two different directions, will it be enough to sustain the flames, or will the fire consume them, their relationship combusting before their very eyes?

Sometimes love comes quickly without question, without hesitation, and without fear. But this kind of love is once in a lifetime, and sometimes you just have to ask yourself, can it really last?

Something About a Lawman (Wild West Book 1) 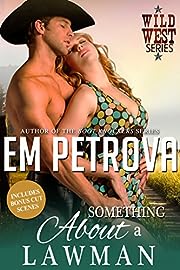 What’s worse than learning you have a new sidekick? Finding out it’s a know-it-all woman—and she’s banging-hot.

When cattle turn up missing, Wyoming lawman Aiden Roshannon is on the scene. There’s a reason Aiden’s the best at what he does—he only goes by the book. Sure, it’s taking some time to track down the criminals who are stealing and outright butchering the good ranchers’ animals, but he’ll serve them justice in the end.

Amaryllis Long has been a Texas Ranger for five years and her experience trumps anything this newbie operation in Wyoming has seen. She’s locked and loaded, ready to break all the rules if it means getting her criminal cuffed and stuffed. Only thing is, she needs an extra set of cuffs for her sidekick Aiden. The lawman might be hunky as hell with hidden tattoos and secrets as long as a summer’s day, but she knows best.

Asking Amaryllis to stop and think before she acts is like asking a pig to stop eating. She’s reckless, annoying… and a damn good kisser. Half the time Aiden doesn’t know if he wants to throw her in the back of the truck and have his way with her or hog-tie her and leave her alongside the road. They might both be fighting for the same goal but if they can’t agree on how to handle the situation, how can they succeed? 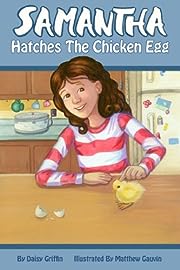 Samantha and her best friend Gerti find some chicken eggs while visiting a farm. Samantha decides to make sure they hatch. How hard can it be to play mother hen? You’ll have to read to find out how Samantha Hatches The Chicken Egg.

Samantha Hatches the Chicken Egg is a children’s chapter book filled with fun and adventure while teaching about the latest urban pet, the Chicken. It is broken up into 11 chapters, which contain 14 wonderful illustrations by Matthew Gauvin.

Also included at the end of the book are Chicken Fun Facts and a Quiz to help further your child’s reading enjoyment. 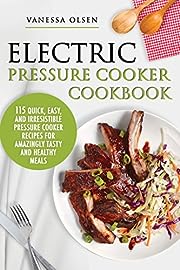 Do you wish you could cook more meals at home, but you’re too overwhelmed by life? Have you tried slow cookers in the past, and are either too confused or just not impressed by the results?

Pressure cooking works by tightly-sealing food and liquid inside an airtight pot. The built-up pressure actually raises the boiling point of water, speeding up the cooking process. This speed preserves more of the nutritional value of food, making pressure cooking the healthiest cooking method there is. Using the electric pressure cooker is convenient, fast, and produces extremely healthy and delicious meals.

This cookbook walks you through everything you need to know about using a pressure cooker, including:

Once you understand how the electric pressure cooker works, you can start making any of the 100+ recipes contained in the book (including Paleo and Vegan) which have been chosen specifically for their relatively short ingredient lists, simple steps, and flavor factor. You can expect to find recipes like:

You don’t need to be a great chef to use an electric pressure cooker. In fact, you don’t even need to be a good one. If you can read, you can start making great meals in your pressure cooker, and build your skills from the ground up. Let this cookbook be your guide into better food and a better life. 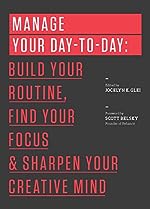 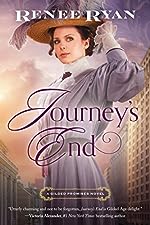 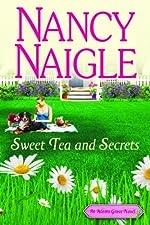 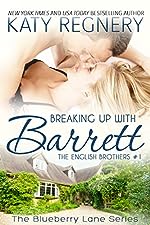 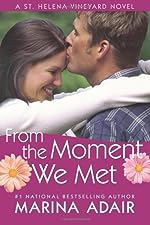 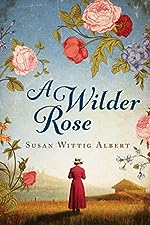 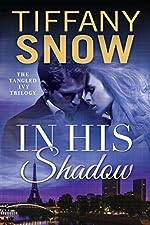 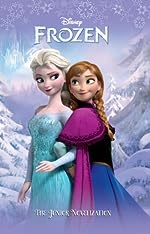 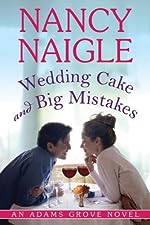 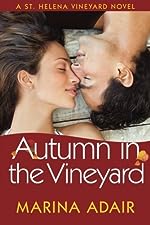 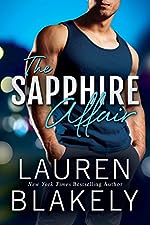 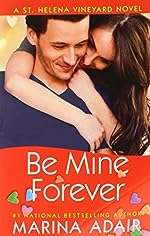 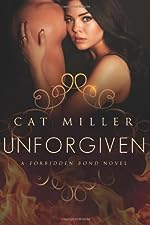 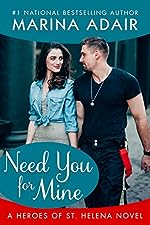